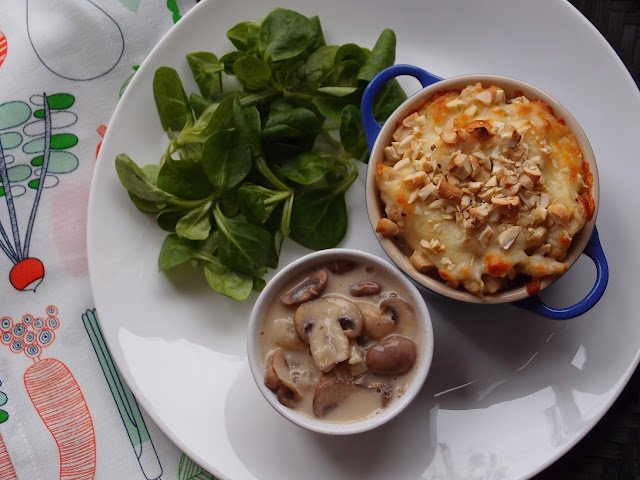 Sorry about the few day's silence. This week has been quite something, full of work, future planning, less cooking at home, dinners with friends... but I'm back again. I want to share with you my absolute favourite for this season, and in my opinion, best German food of all time: Swabian egg noodles known as Spätzle. Spätzle as such is already really lovely, but baking it with cheese and onion just elevates it to another winning combination. The mushroom sauce also goes really well with it, making the dish so comforting.

I have published a few Spätzle recipes before, as I just love these Swabian egg noodles. My basic recipe always remains the same with the occasional variation between full wheat or partly spelt version. During my study days in Germany my two Swabian friends taught me to cook this traditional dish from their region, and I have made it regularly ever since. This time I tried something new by adding cashew nuts onto the top, and it actually worked really well. I also made a smaller batch than usual. Double the ingredients, if you have more than two eaters.

Have a look below how I made my bake and have a wonderful weekend everyone! 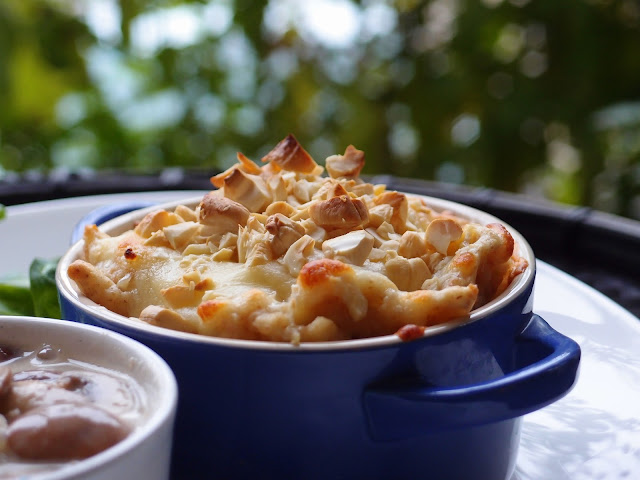 Chop the onion and garlic and fry them in olive oil until they are soft and the onion is lightly browned.

Mix the Spätzle ingredients together into a smooth batter.

Bring water to the boil and press the Spätzle batter straight into the boiling water through a potato ricer. Use the largest holes for the ricer.

Let them boil for a couple of minutes until they swim on the surface.

Mix the drained Spätzle with the onion mix, put into ramekins and cover with cheese and the cashew nut crunch. 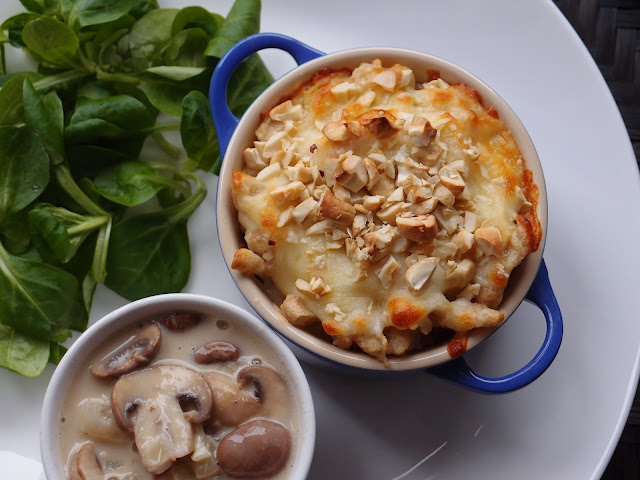 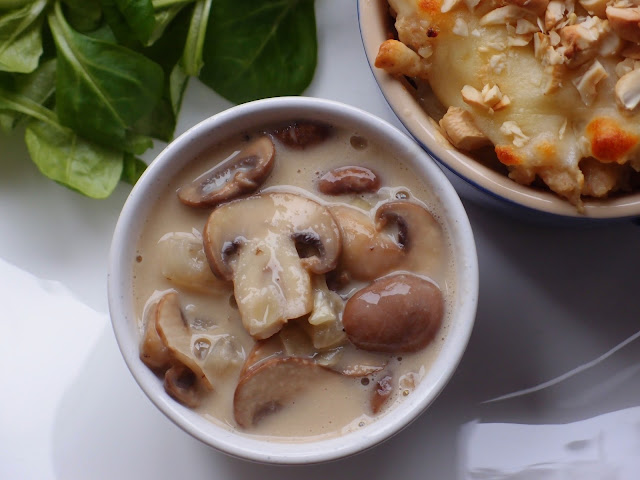 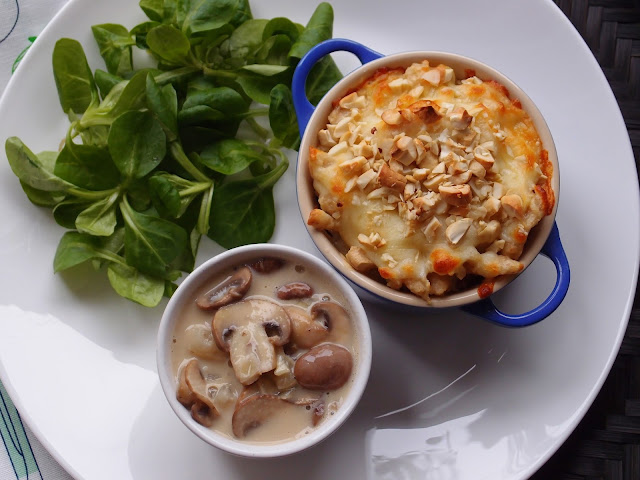