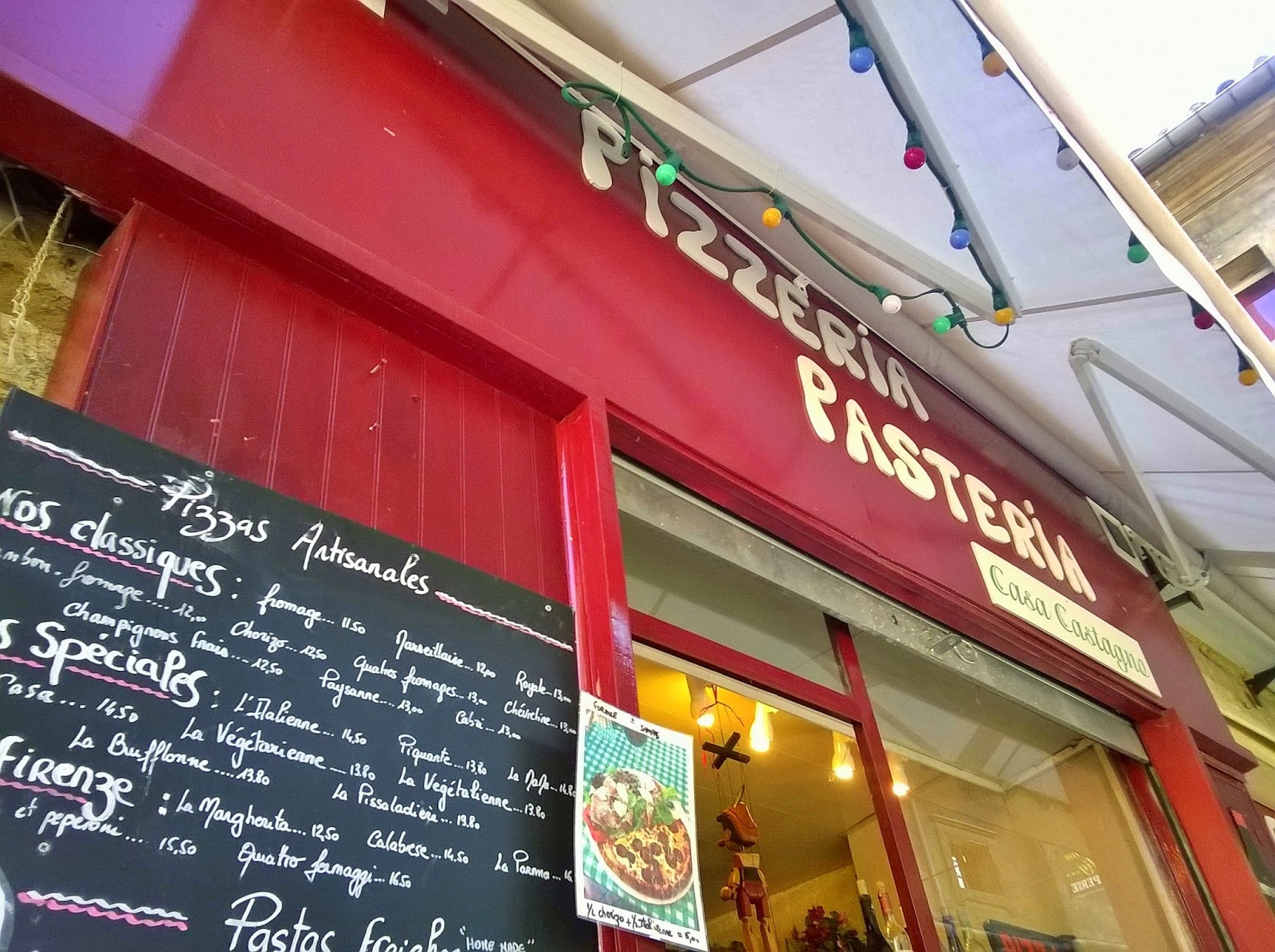 It is quite rare for me to recommend a restaurant that isn't fully vegetarian, but with Casa Castagno I'll have to make an exception. Casa Castagno is a pizzeria and pasteria in the centre of Avignon and they serve fresh pastas and artisan pizzas with loads of ambience and good humour. I believe at least one of the daily specials is always vegetarian and there is a selection of vegetarian pizzas and salads on the regular menu. You can also have a half a pizza and the other half of the plate is then covered with salad.

I went to this restaurant twice during my holiday as I had such a good night the first time around. On the first night I ate possibly the best bowl of pasta that I've ever had. It was fresh pasta with local tomatoes, intense buffalo mozzarella and a drizzle of basil, olive oil and garlic – simply heavenly! The portion was huge, but I still tasted their mandarin sorbet as a dessert, which was very refreshing. All this was served with exquisite wines. 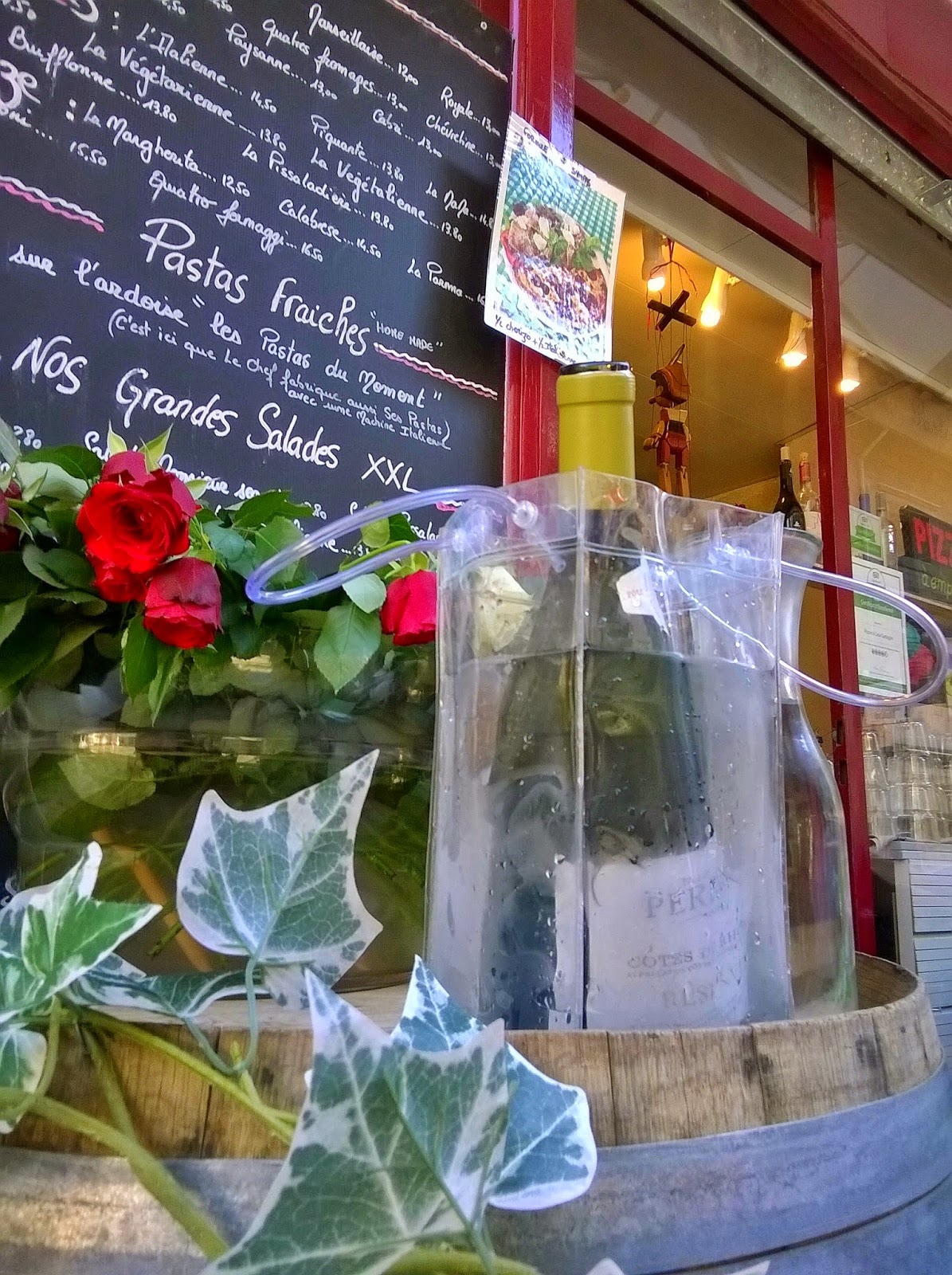 The staff there is very friendly and they tend to joke around, which makes it all nicely informal. The chef occasionally pops out of the kitchen to have a chat with the guests. We tried to converse with him with our limited French and it was very nice.

On the first night I already saw that there were several vegetarian pizza options, and they all sounded very tempting, so on the second night after a long consideration I ended up having a pizza with fresh mushrooms, mozzarella, emmental and local vegetables (courgettes and aubergines). It was a very tasty pizza with a thin crispy crust and the vegetables were full of flavour. You could also add spicy chilli oil on the top of the pizza, if you were brave enough for it. As a dessert on that day I had lemon sorbet with limoncello liqueur, which was also a very nice dessert. 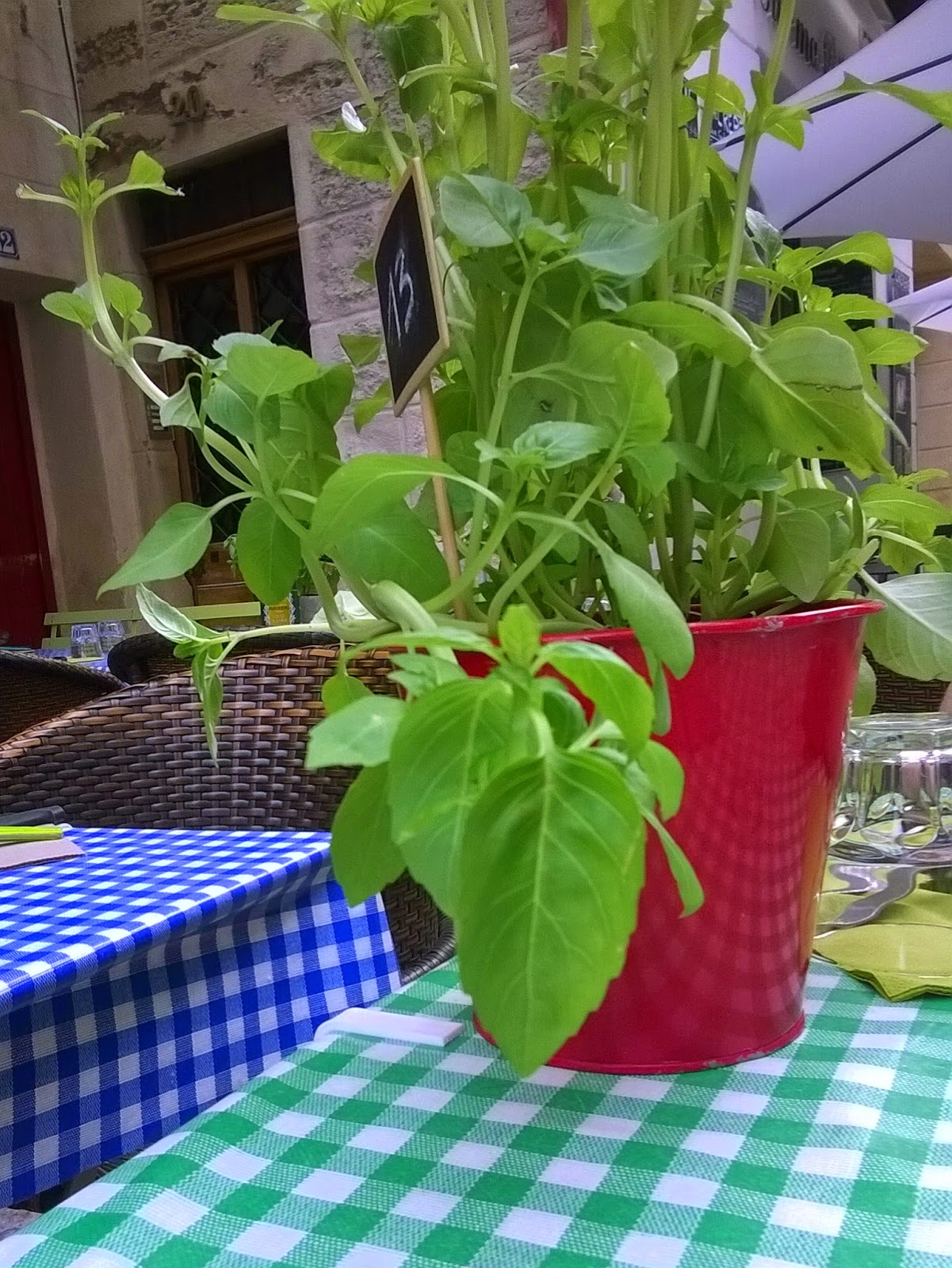 I can warmly recommend this place to any hungry traveller and I really want to go back there as soon as I can.