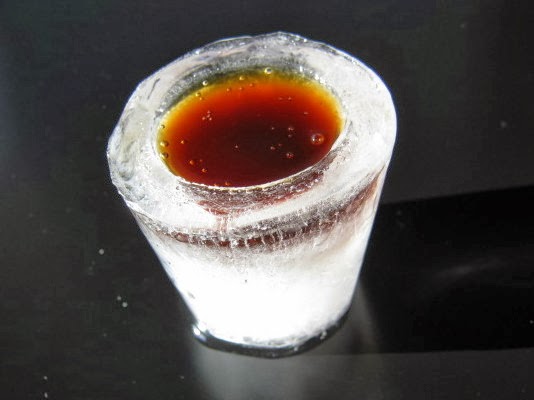 Salmiakki, salty liquorice, is a very popular flavour among the Finns and Scandinavians, so it's no surprise that even alcoholic drinks with this flavour have been created. Salmiakkikoskenkorva is a drink containing salty liquorice and Koskenkorva, a clear spirit. Now that I live in England I can't just simply go and buy Salmiakkikoskenkorva in the shops, so I've started making my own ”Salmari” of Tyrkisk Peber sweets (or extract) and vodka. I have to say that nowadays I prefer my own version to the original and hardly ever buy the ready made drink in Finland anymore. 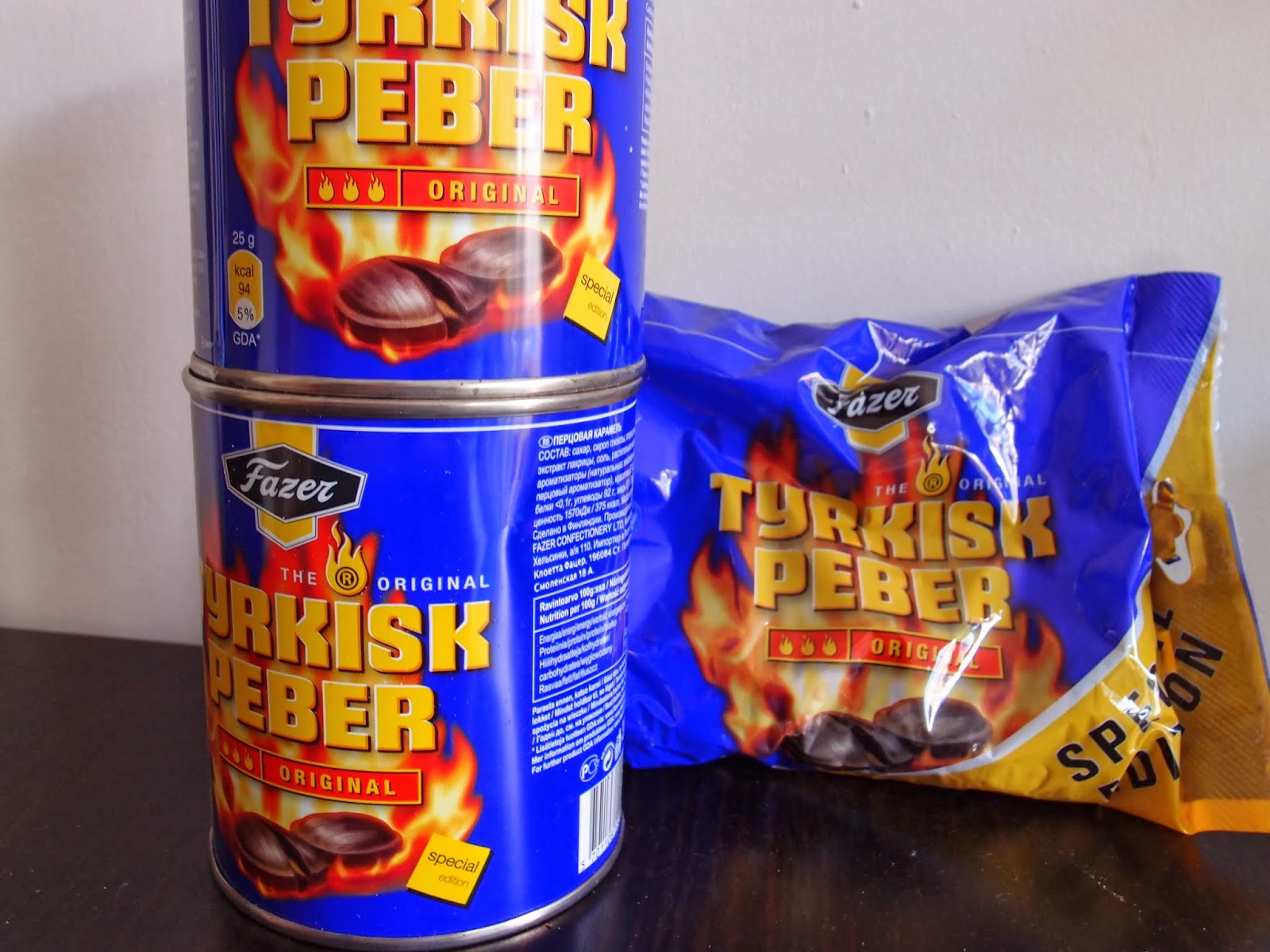 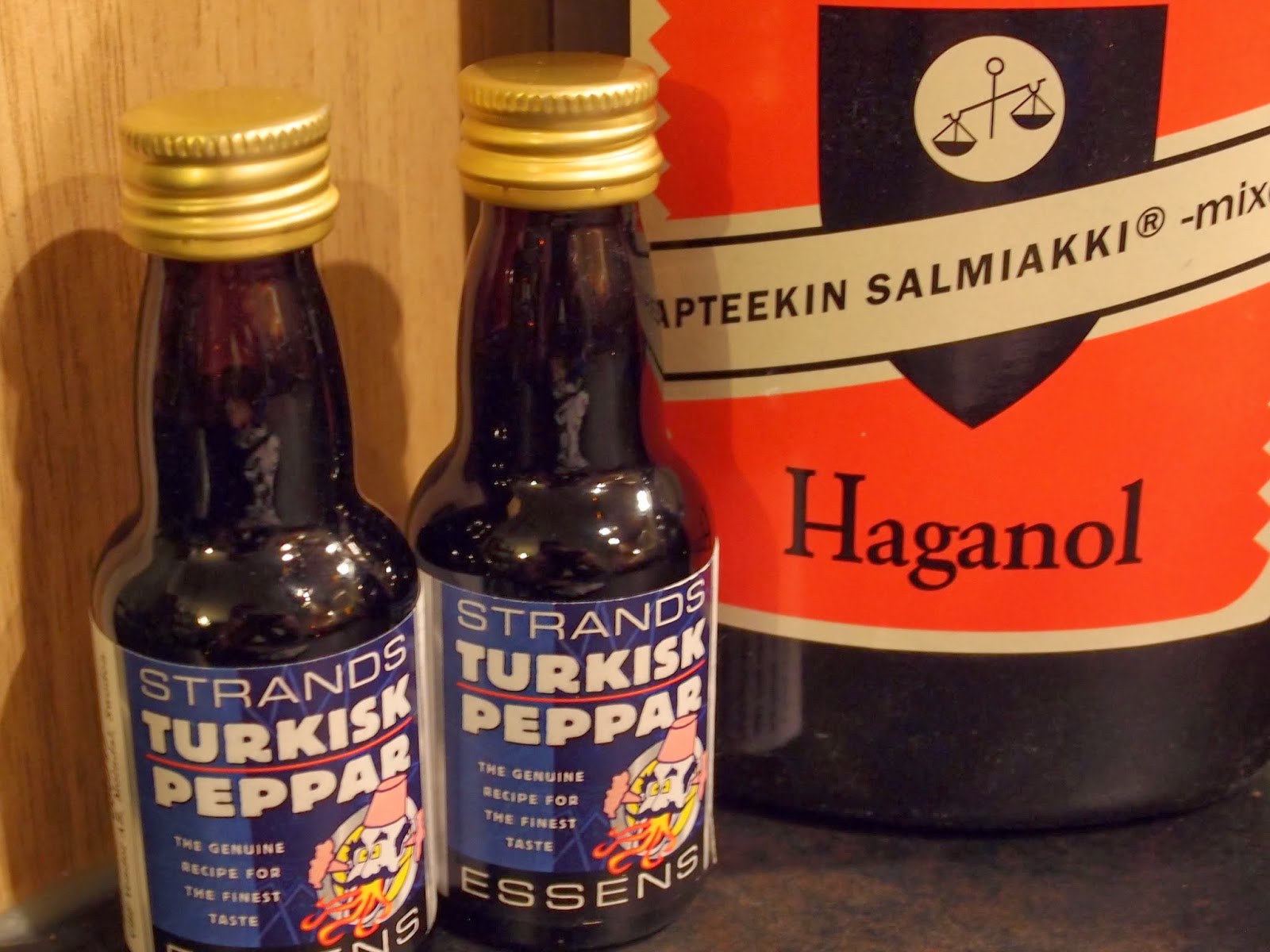 Tyrkisk Peber sweets can be purchased in some speciality Finnish or Scandinavian shops in the United Kingdom and all over the world, and also ordered online from several suppliers. Apart from the actual sweets you can also use the Tyrkisk Peber extract or a regular liquorice extract to make this drink.

These are all the ingredients you'll need:

Heat the water in a pan and add the Tyrkisk Peber sweets in there. Stir constantly as the sweets get very sticky while they melt. When the sweets are fairly soft, add the sugar to it, let it dissolve and stir into an even syrup.

Mix this syrup with the vodka and pour it back to the bottle. Now you might need two bottles as you have slightly more liquid than what you started with.

Shake the mixture well in the bottles and let cool in the fridge by occasionally shaking in case not all of the Tyrkisk Peber has dissolved into the vodka. 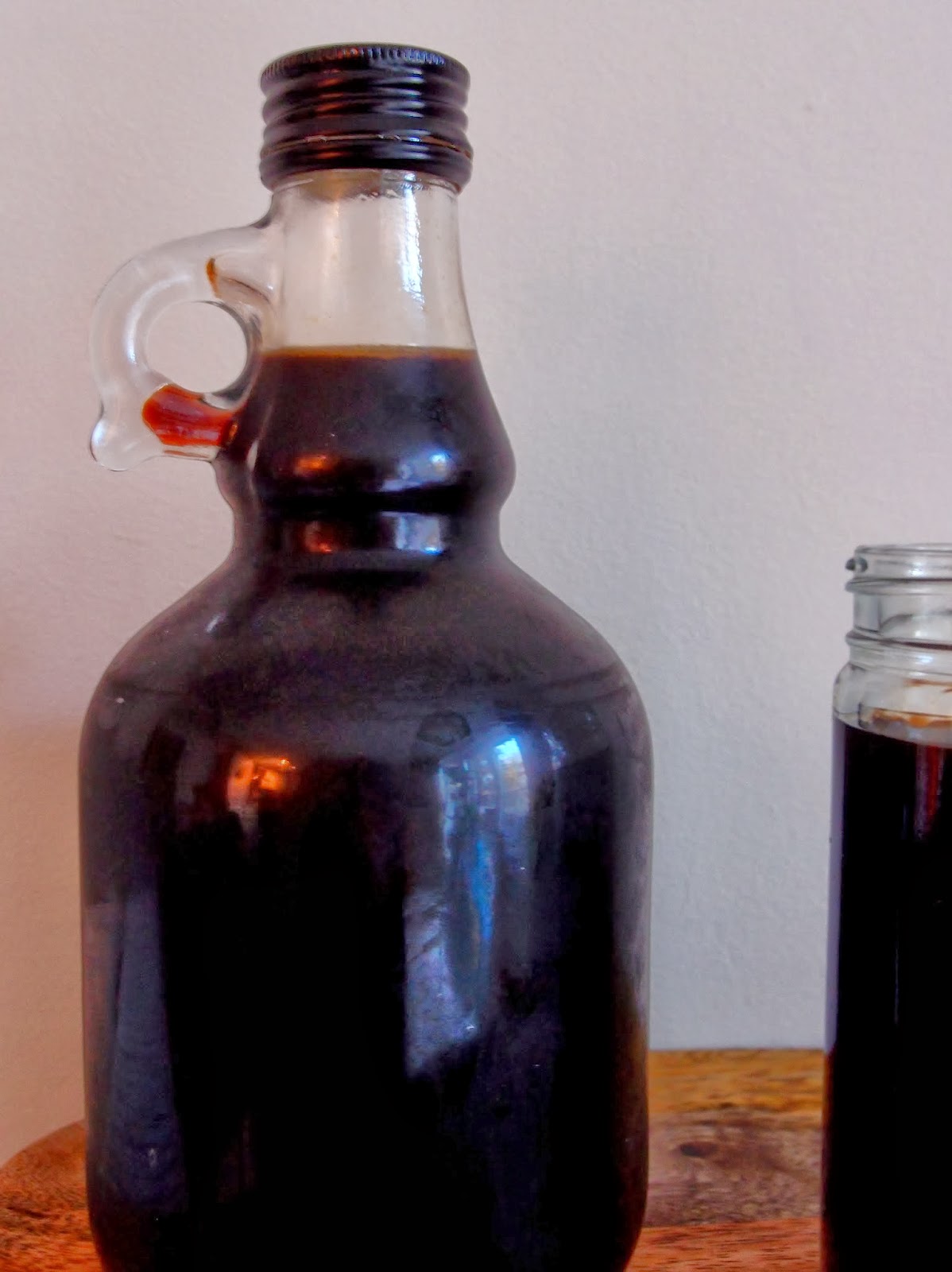 The taste of this drink gets a little better when it rests a week or so, but if you simply can't wait, it's drinkable straight away once chilled. Serve it cold as a shot or sip it from a grog glass. 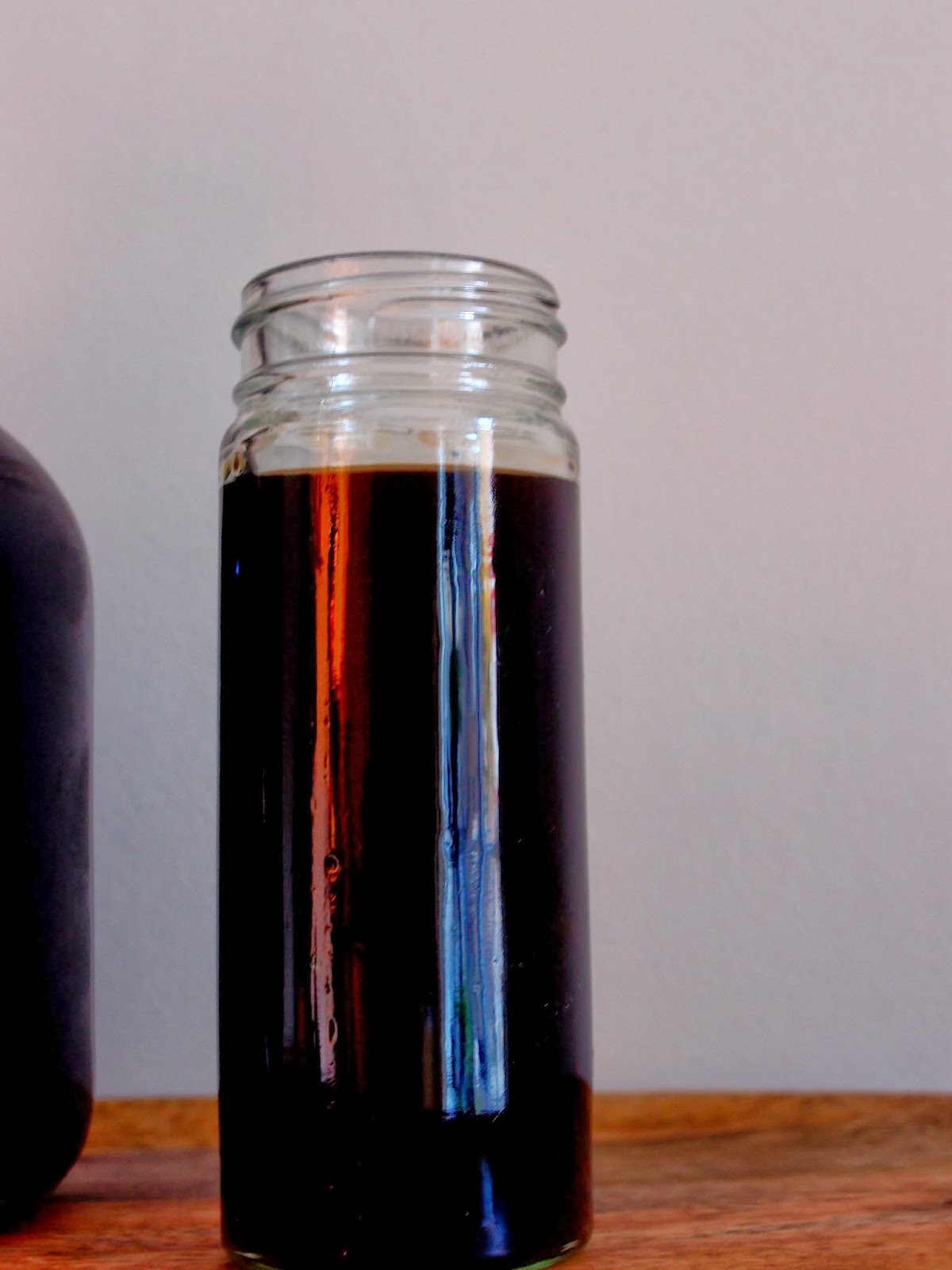 Let me know how you like the drink in case you try to make it, but remember that Salmiakki isn't for the faint-hearted! It tastes surprisingly smooth for a vodka drink, but it has a punchy salty liquorice flavour to it. That is just the thing I like and also the fact that I can normally shock my British friends with this one.

And if you got interested in the subject, here are other liquorice posts of mine:

I made another decorated focaccia, because making the first one was so much fun. I was inspired by Vincent van Gogh this time and followed ... 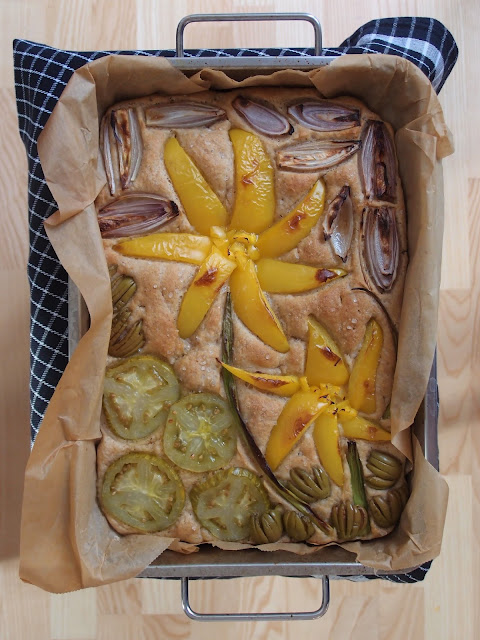