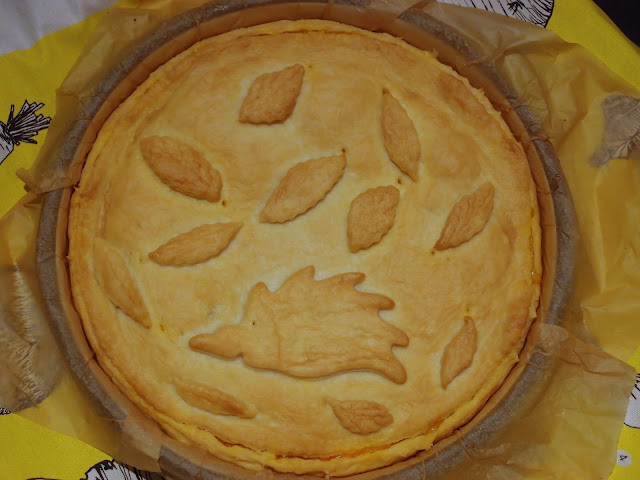 Maybe it’s already over for me with the healthy eating boost to the new year. I’m not sure, but lately in this chillier weather I have been craving for heavier dinners. It has been chilly and foggy over here, almost feeling like winter. January has been so long, but unfortunately not such a productive blogging month for me. I’m confident that it will get better towards the spring.

I suddenly remembered this favourite of mine, Simon Hopkinson’s mother’s cheese and onion pie, and simply had to make it. I have made this pie for several times. It's so full of cheese and onion goodness and it's a tough one to beat as a winter favourite. I pretty much followed the recipe that I have already shared on my blog here. I only added some dry cider to the onions this time, and it was a very tasty addition, I can only recommend it. I also made the pie in a slightly lower pie dish this time, and obviously the decorations were different. It's nice to spend a couple of extra minutes making cute surfaces for covered pies. This time I went with the hedgehog theme. This would also make a nice centrepiece when inviting friends over.

The original recipe is by Simon Hopkinson, My mother's cheese and onion pie. It's also in his vegetarian cookbook and was made by him in his BBC cooking programme. I can only recommend this recipe! 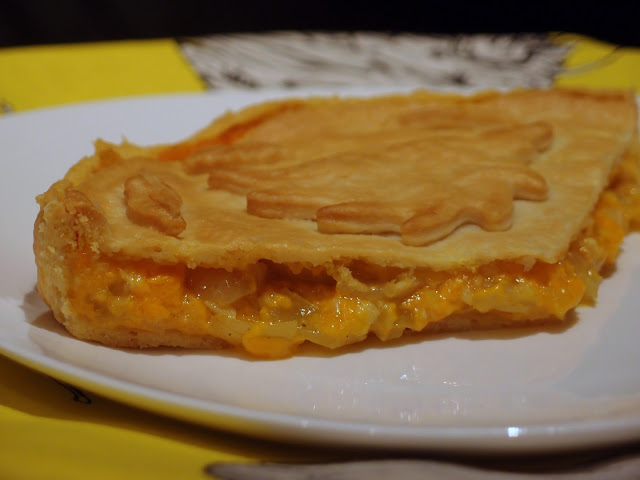 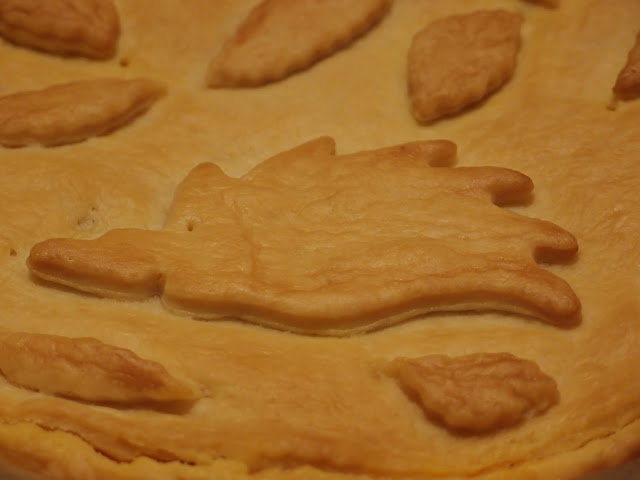 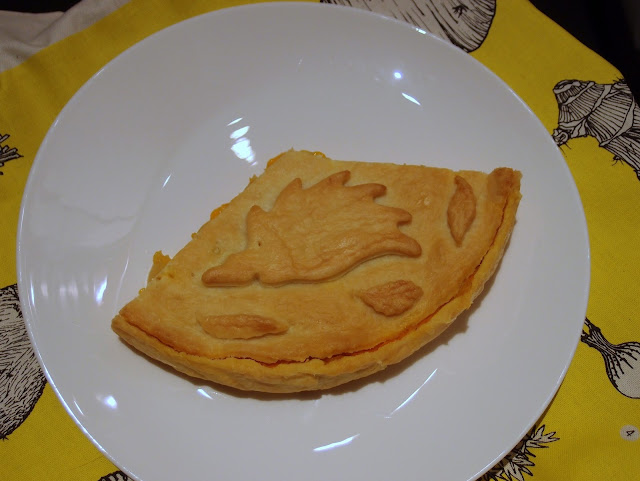 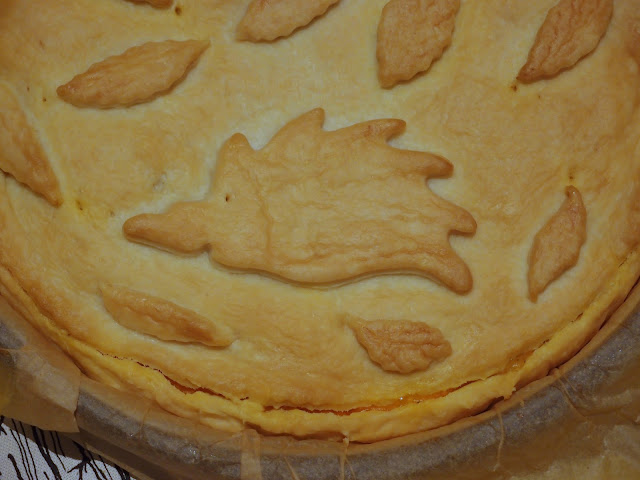