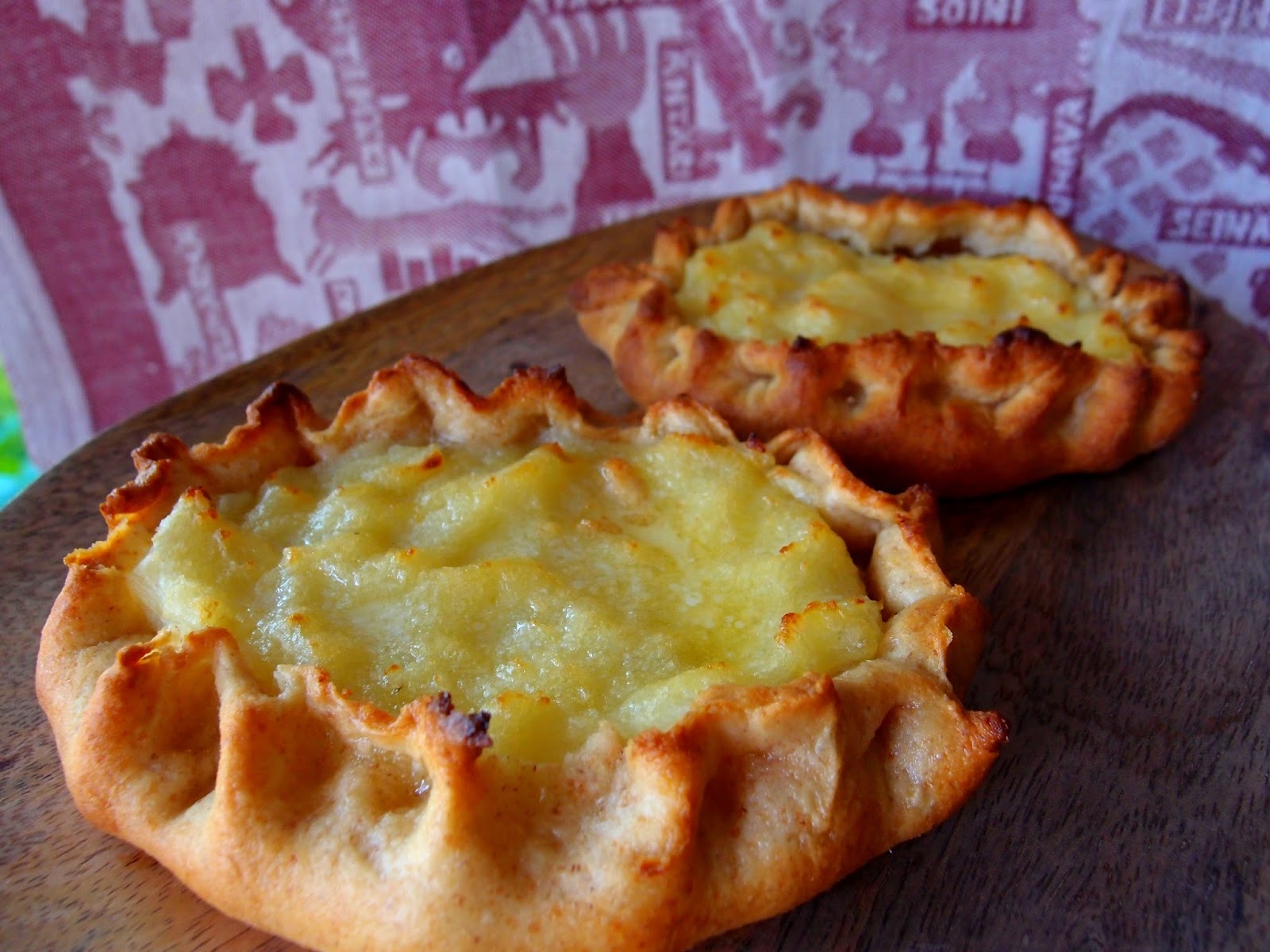 This crust recipe is slightly altered from my gradmother's Karjalanpiirakka recipe, but otherwise I didn't really consult much the traditional recipes and started cooking straight away. I was very happy with the finished pies. Here's how I made them. 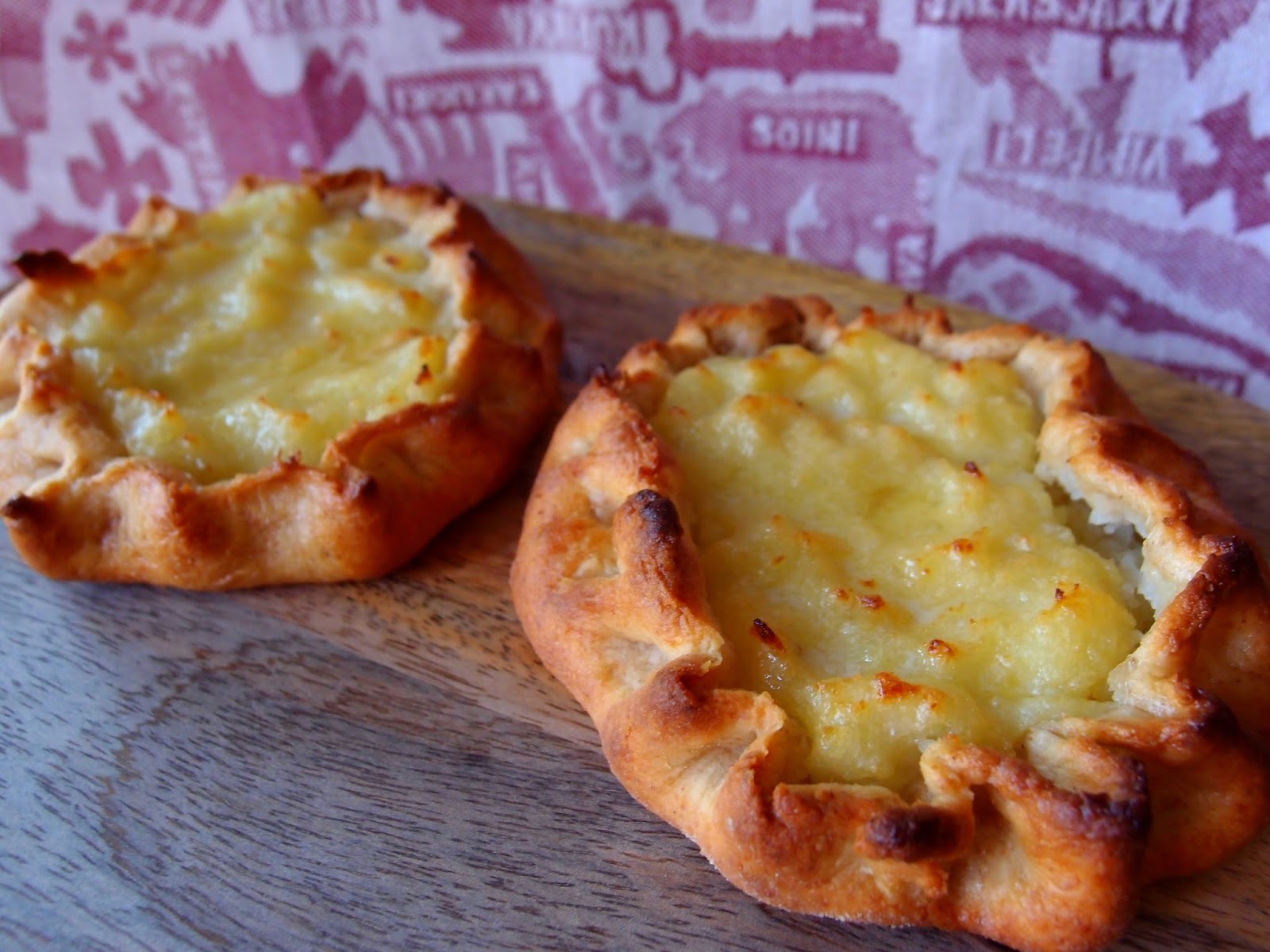 For the potato filling:

500g potatoes, I used new potatoes because they are in season
50g butter
Salt

Peel the potatoes and boil them until they are soft. Mash them and mix with the butter and season with salt. When the mash is smooth set it to side to be cooled down. 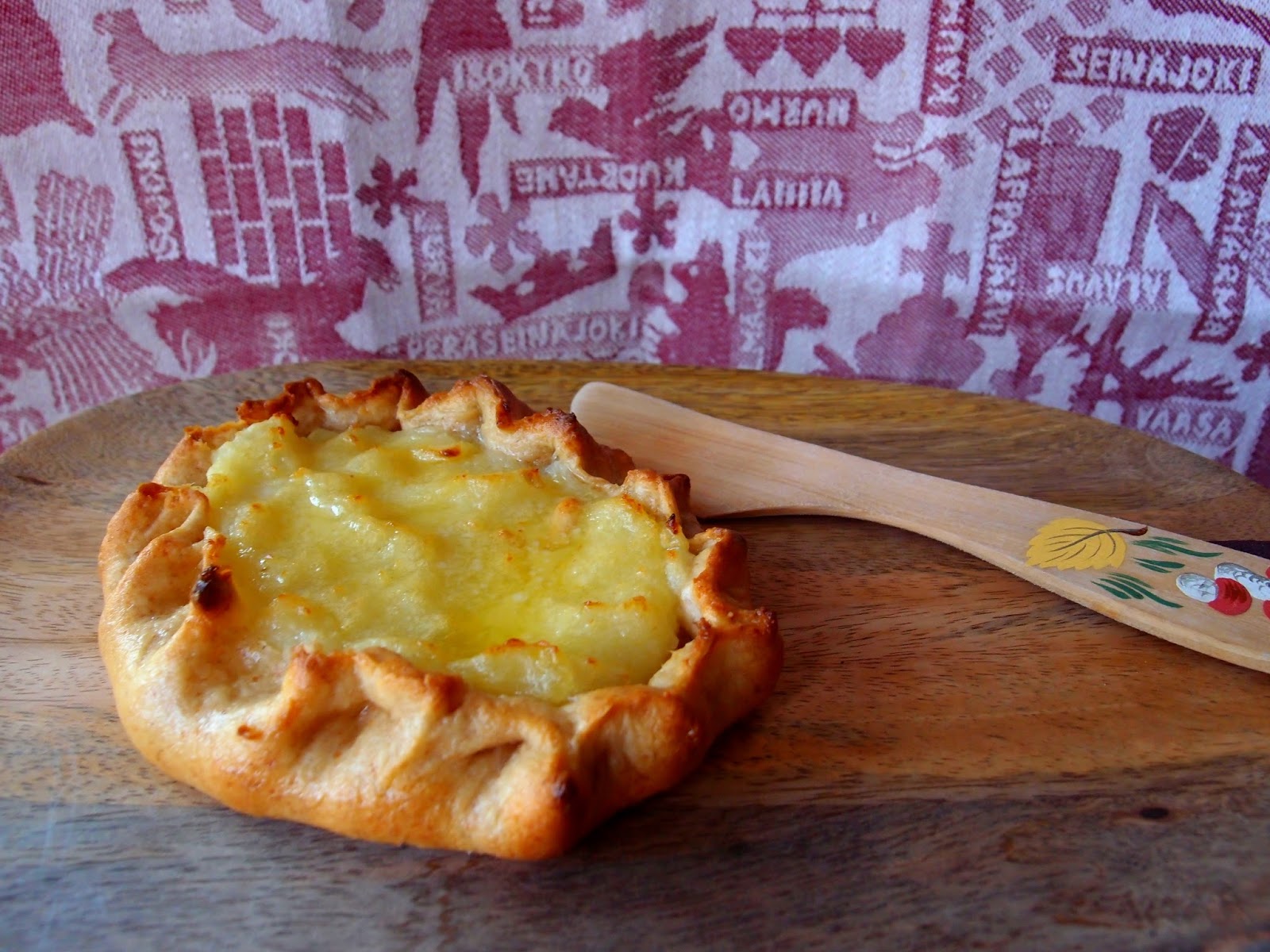 This is how to make the dough for the crust: First mix the dry ingredients and then add the lukewarm milk and water mix and the oil and knead. You can make the fluid more milky or more watery depending on your taste. Add more fluid or flour if needed. Knead a firm dough, which will be a little bit similar to a pizza dough. Let it rise under a tea towel for about one hour.

Then take small portions of the dough and roll it out thinly with a rolling pin. Cut the dough into small (about 15 cm long) slightly oval circles. You can use a lid or a bowl of suitable size as a cutting help. 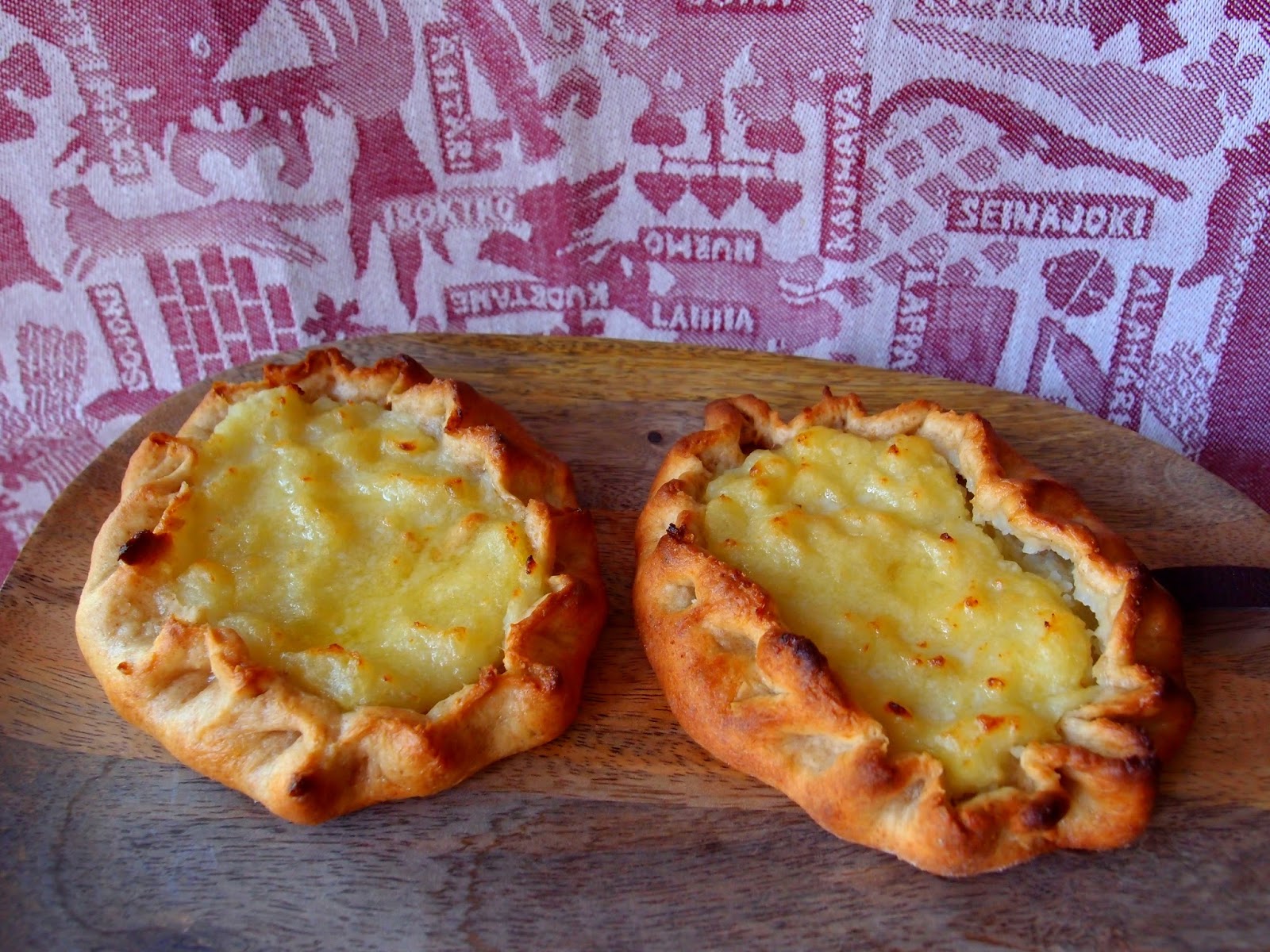 Take about two tablespoons of the potato mash and spread it to the middle of the circle by leaving about 2cm edges without filling. Then make the distinct wavy closing (see photos). Fold the edges over and pinch them starting from the middle and moving towards the ends. Leave the middle opening slightly wider as in Karjalanpiirakka.

Bake the pies at 225C for about 15-20 minutes until the crust is baked and they are nicely browned. Brush them with melted butter and let set for a while. 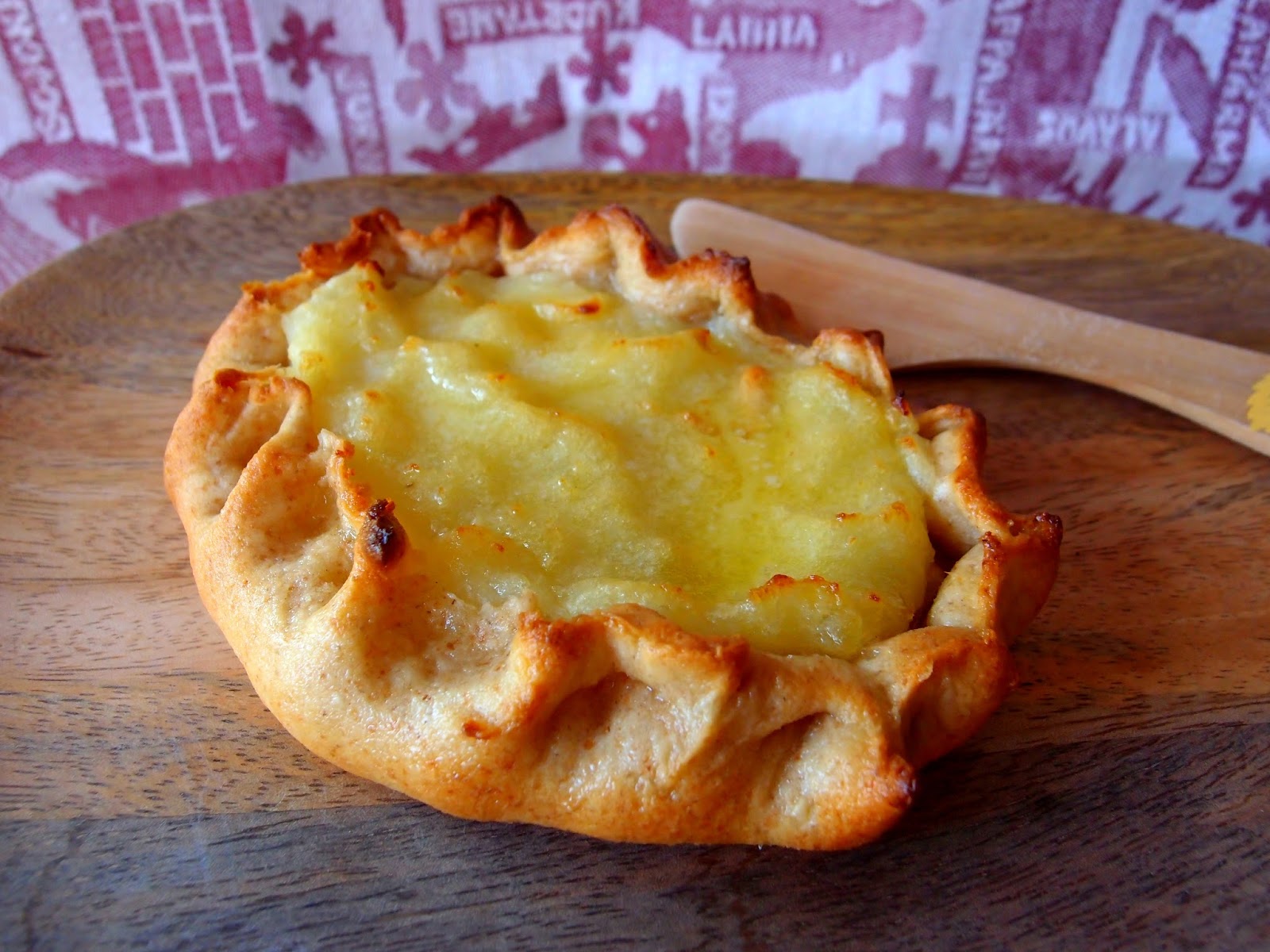 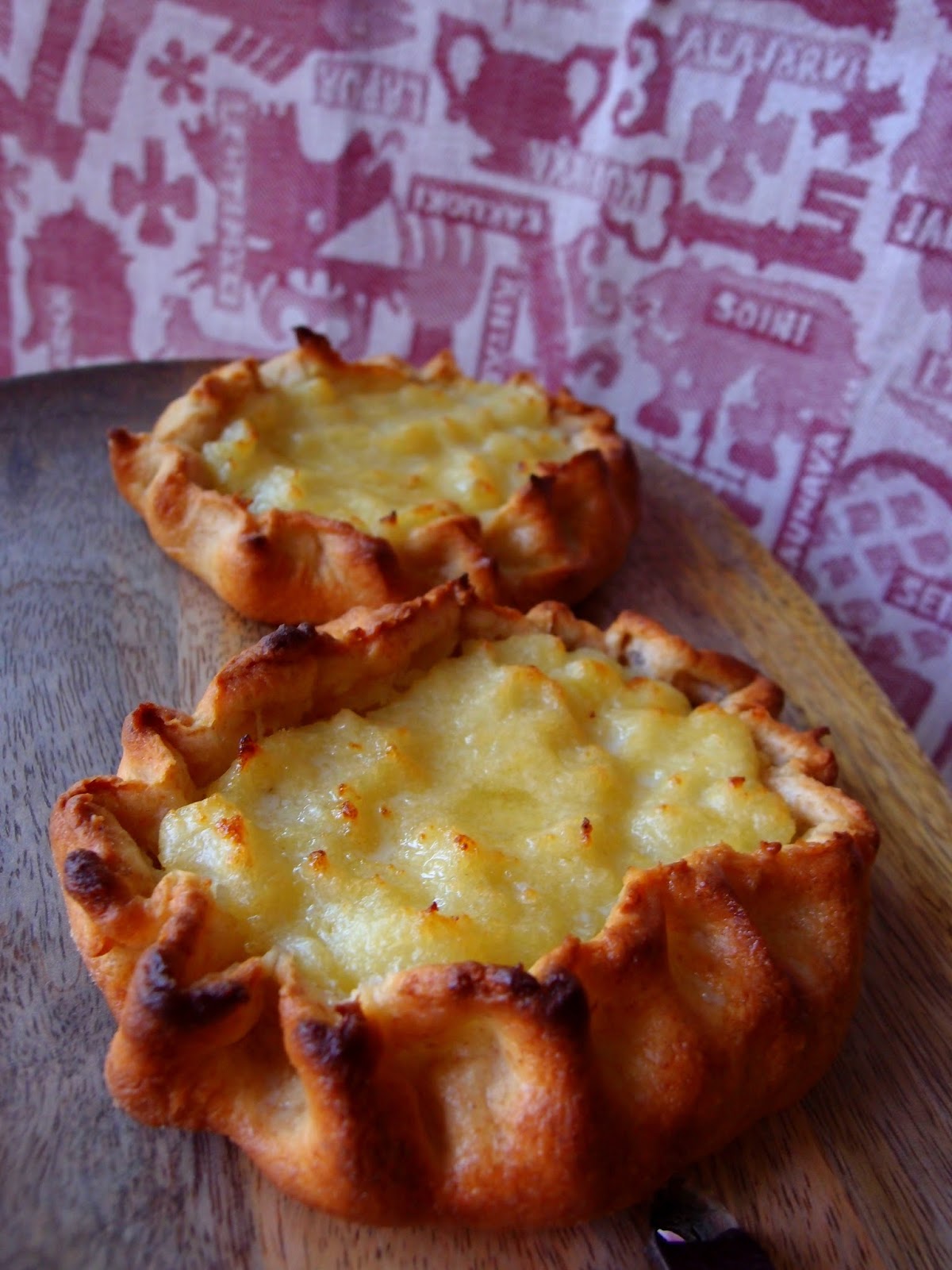 Then they are ready to be served as a filling snack. My favourite serving variation is the basic one, just with some extra butter spread on the pies. 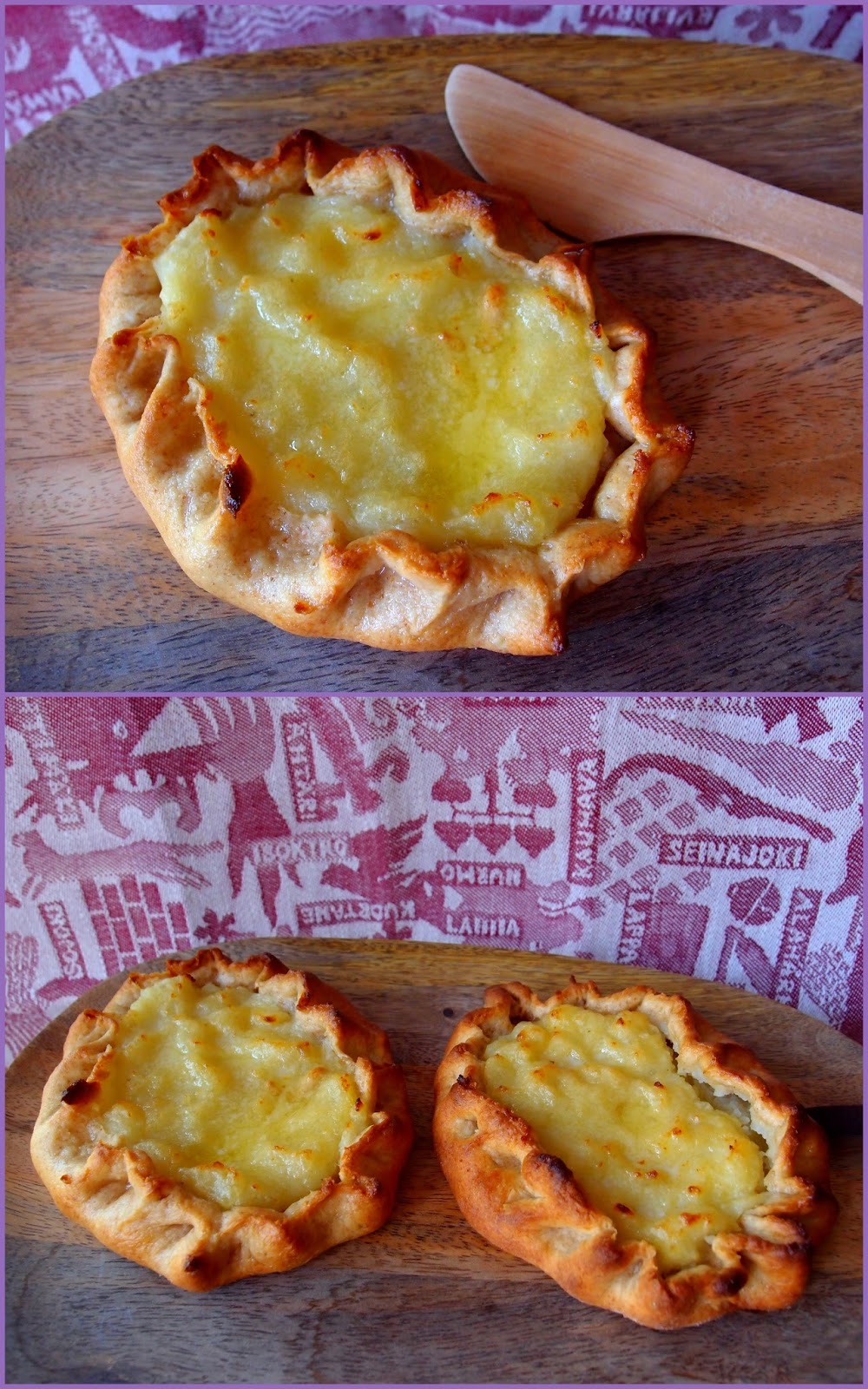 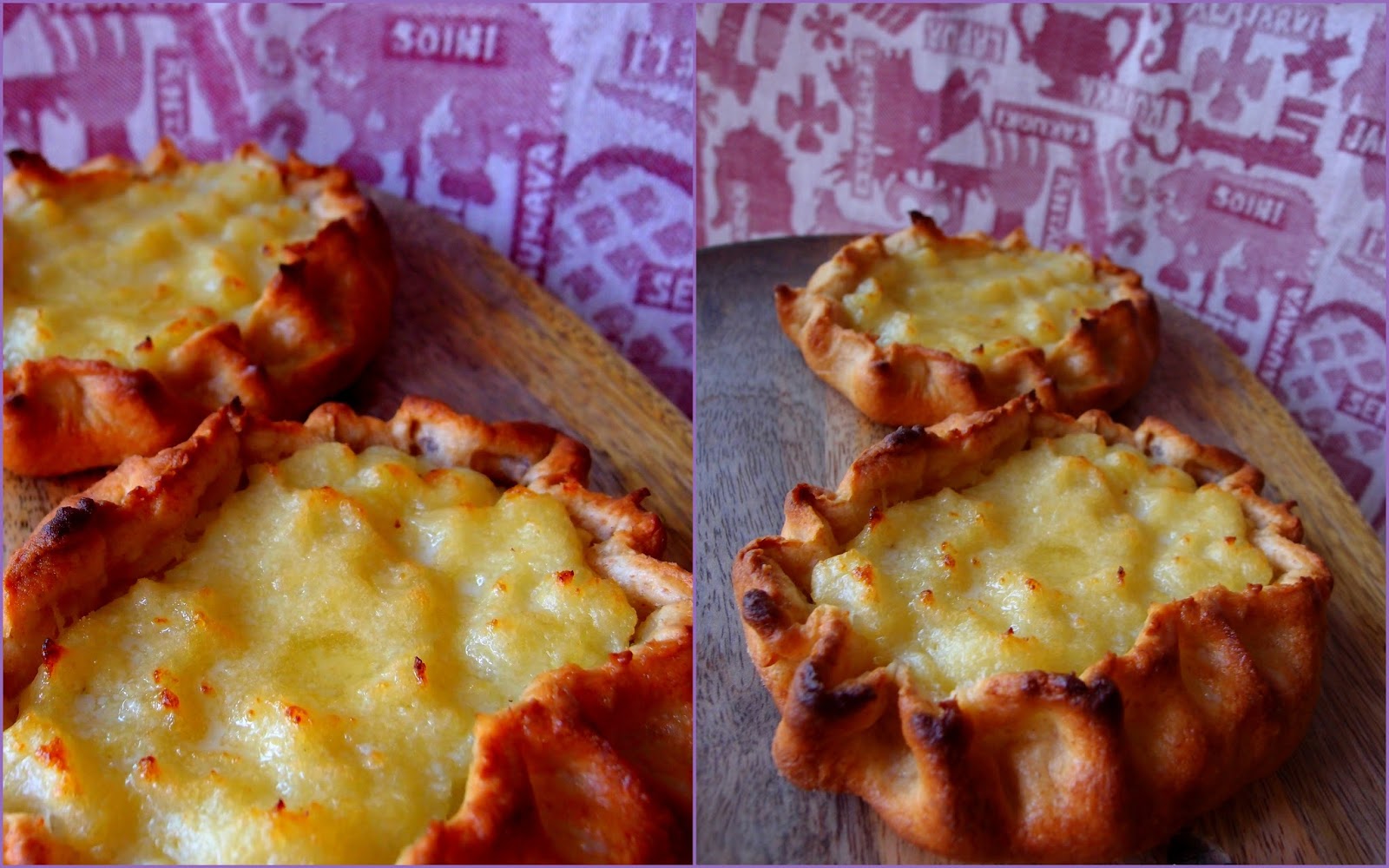