This weekend I had the pleasure to go on a tour through the premises of the Kyrö Distillery Company. You can read my first post here about the distillery that is a reasonably new venture in the village where I was born. The company is distilling whisky and gin in the old dairy building of Isokyrö. There also is a bar and restaurant Kyrönmaan Matkailun Edistämiskeskus offering the own products and various fine drinks made with them and named after local places. They are normally open on a first Saturday of each month and sometimes for special occassions.

The annual 18th Century Market was taking place in Isokyrö town centre this weekend, so the distillery and bar were open for three days frequently offering distillery tours. The tour is very much worth taking, as it was very informative and also amusing. On the tour we heard how whisky is made there and what makes it so special in comparison to other whiskies and methods. There was also a brief introduction to the local history and heritage, to which the distillery wants to be closely attached. The font they use on their branding comes from a local war memorial and the font of their new "seal of approval" comes from the wall paintings of the local medieval church. Also the seal with the bottle is a similar image to the coat of arms of Isokyrö, which shows a bear with a fir tree.

After the tour we tasted pretty much all products of the distillery, some of which I wasn't familiar with yet. I haven't been able to obtain the new products yet, so now was the perfect opportunity to taste them. Verso is the more matured version of Juuri. It's a sprout of whisky as the name suggests and has been matured for 4 months. It is already much smoother than Juuri and has strong rye flavour to it.

Then there was a new gin variation, Koskue, which also tastes very pleasant with rye notes and hints of fine botanicals. We also tried Helsingin, which I think had a bit more juniper flavours and less other spices, and the name is very inspired (Helsinki in its possessive form contains the word gin).

The distillery recently won the trophy for the best gin & tonic decided by the IWSC, and luckily for us, the winning drink was served at the bar. Napue Tonic contains Napue gin, Fever Tree Indian tonic, cranberries and rosemary, and it truly is an excellent drink. I will have to try recreating it once I'm back in England.

One of my favourite alcoholic drinks is Lonkero, or the grey gold of the north as I call it, a Finnish mix drink of gin and grapefruit lemonade. Of course the bar served the lonkero of the house containing Napue gin and I obviously had to have some of those, and it was of course better than any odd Lonkero.

Needless to say how great it was to visit the distillery and bar again! I'm hoping it won't be quite another year until I can go there again, but if it is, I will surely try out the quirky Zetor ride then. I can only recommend a visit there, if you'll ever have the chance.

Meanwhile in my balcony garden

I’m growing veg on my two balconies again this summer and it does give me great joy seeing the plants grow. I have tomatoes, peppers, pea... 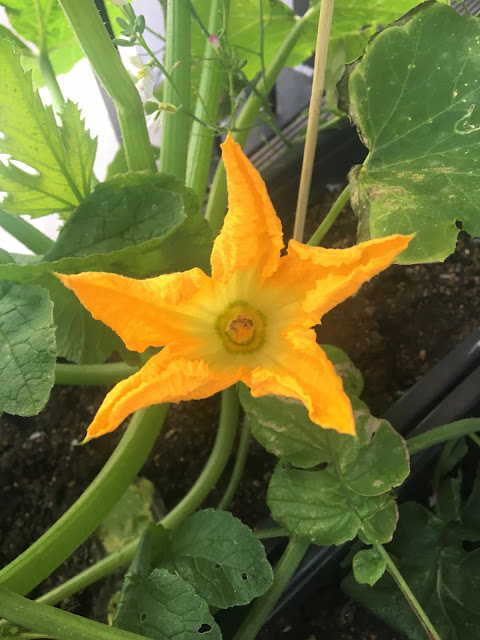