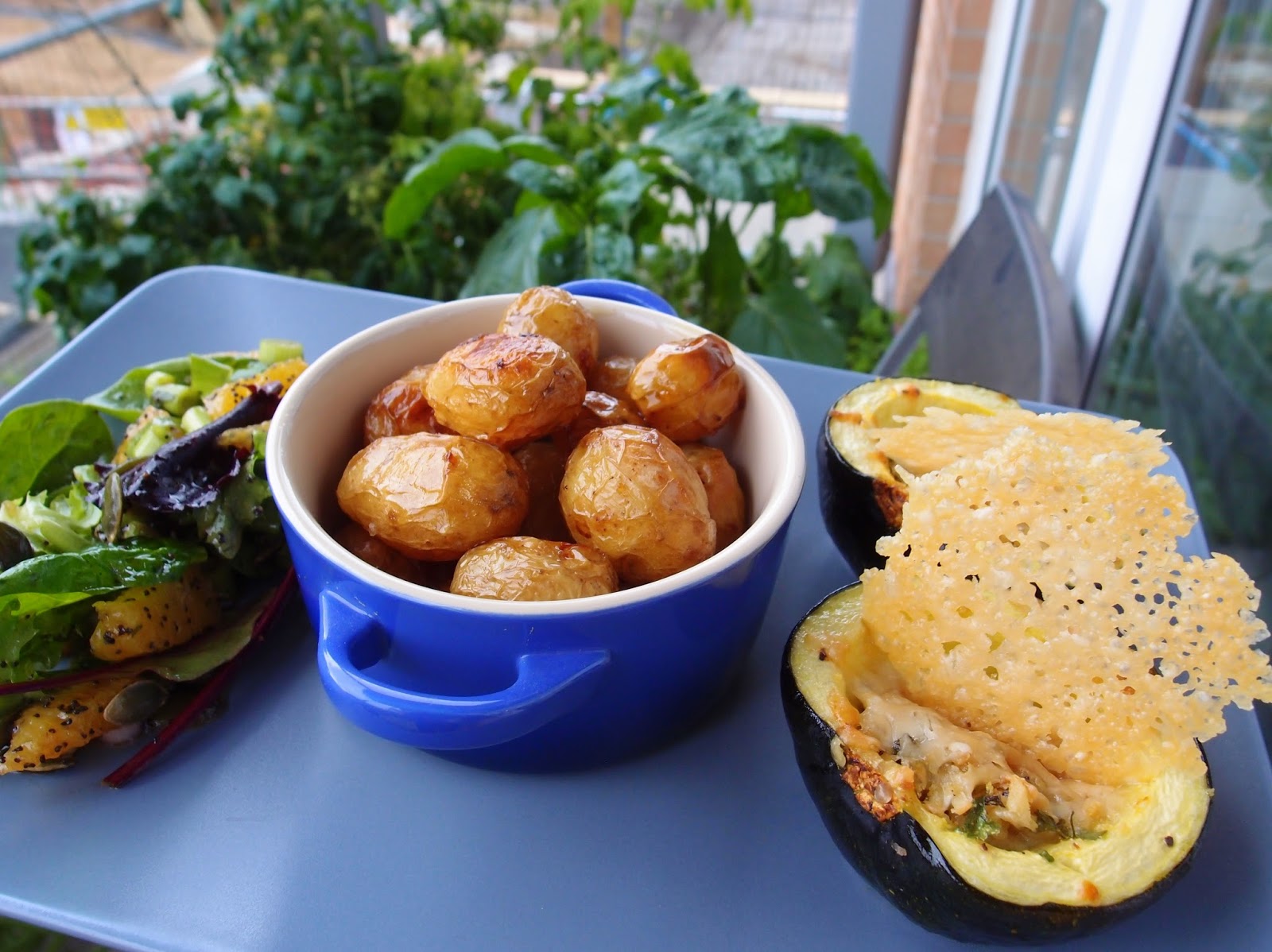 It's raining outside, so finally I'm officially allowed to post squash dishes like this, right? Gem squashes are small, mild, creamy and delicate. They taste nice and subtle and are quite versatile little vegetables. Today I roasted them with a stuffing and served with lovely baked new potatoes. 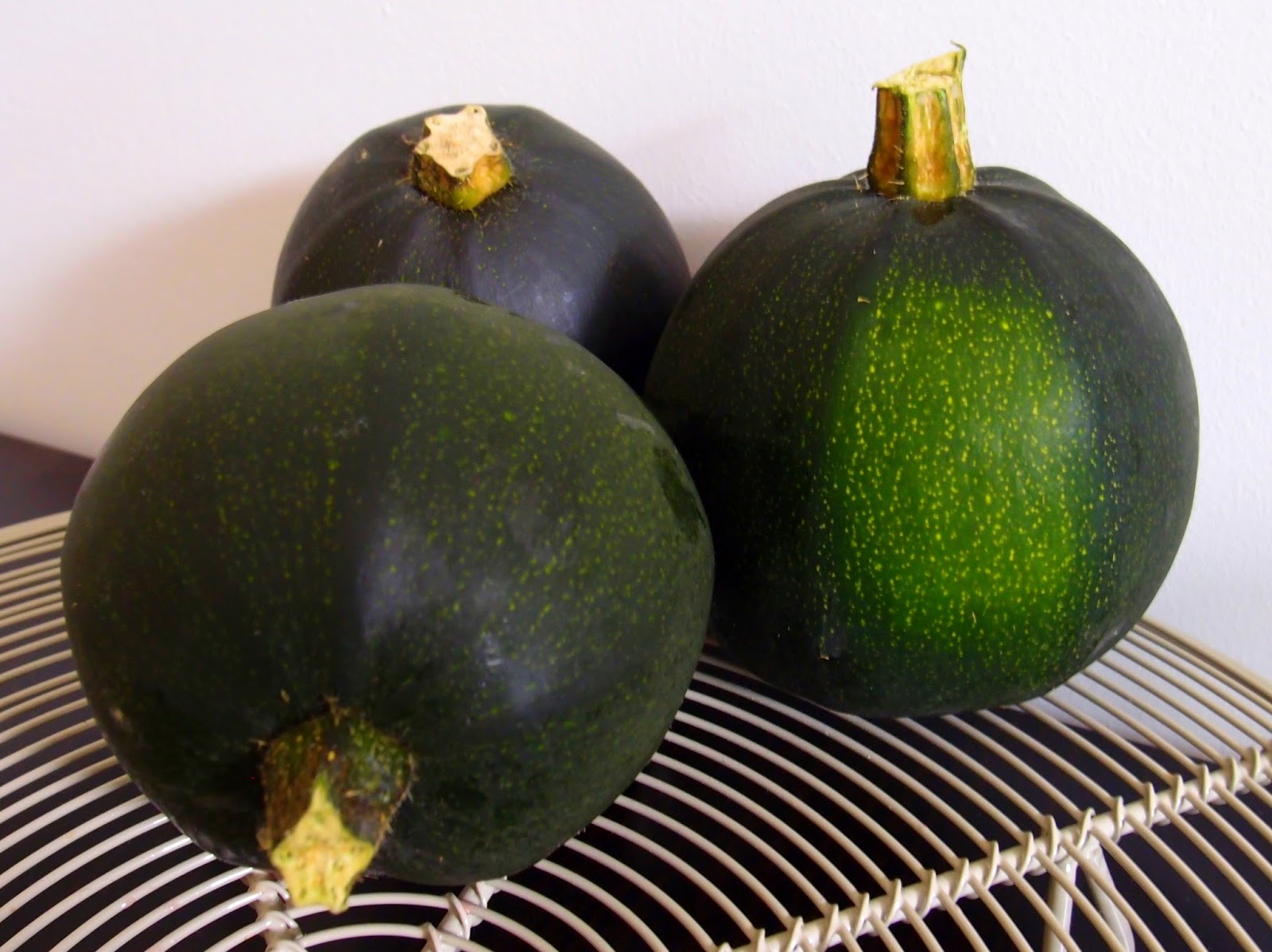 I decorated the squashes with some parmesan crisps (obviously made out of vegetarian parmesan), and don't they look cute on these gems! You can make some quickly: just grate vegetarian parmesan and place it on baking paper in circles. Bake at 200C for about 5 minutes until they are crispy. Let them chill after baking. Make sure you don't eat all of them before you get to decorating the dish. 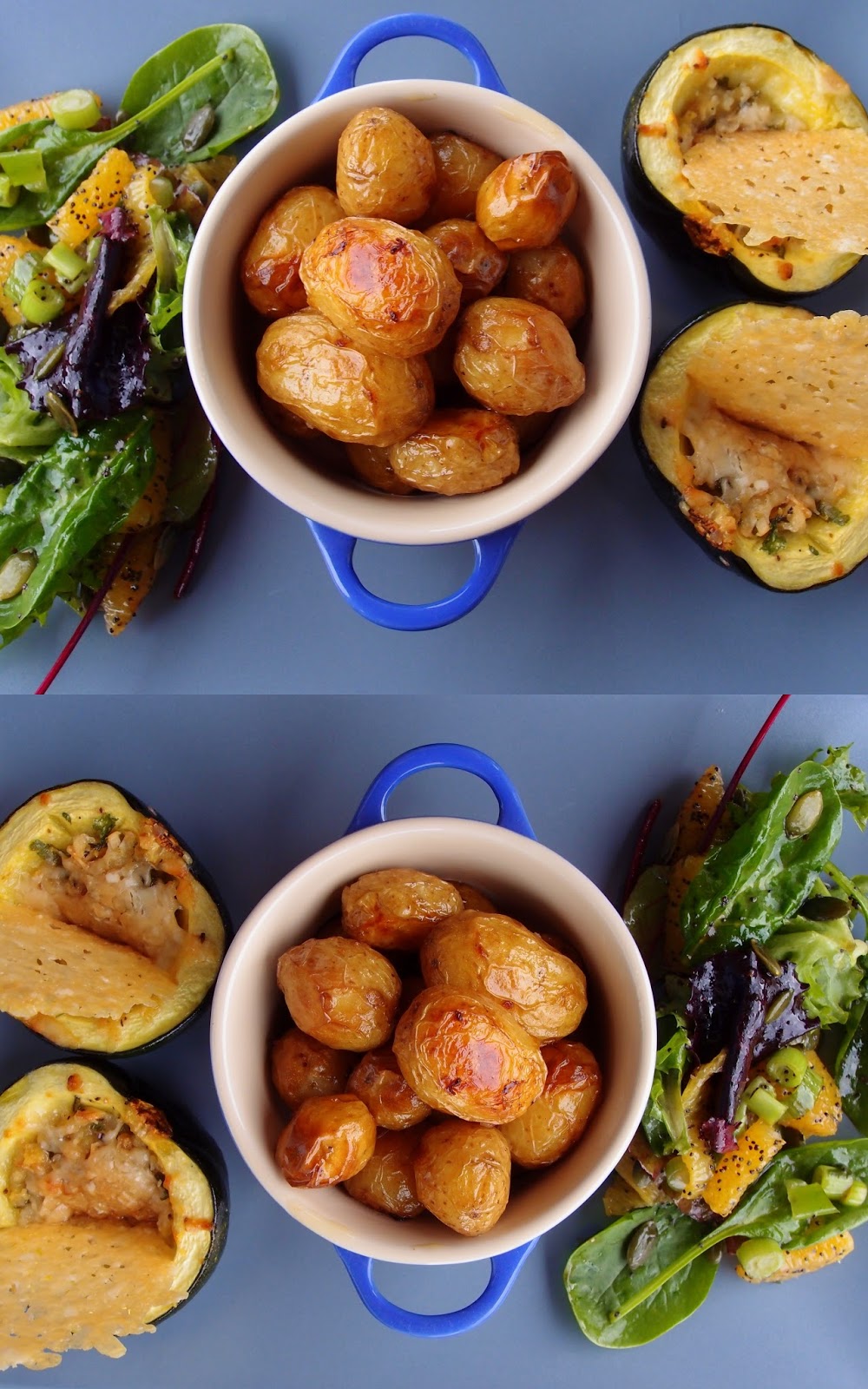 Ingredients for the roasted gem squashes:


Ingredients for the baked new potatoes:


Pre-heat the oven to 180C. Wash the new potatoes and cut off any bad bits but don't peel them. Roll them in a olive oil, sea salt and paprika powder mix and place on a baking tray. Bake them in an oven dish for about 40 minutes until they are soft with a golden brown outer skin. They could take longer depending on the size. 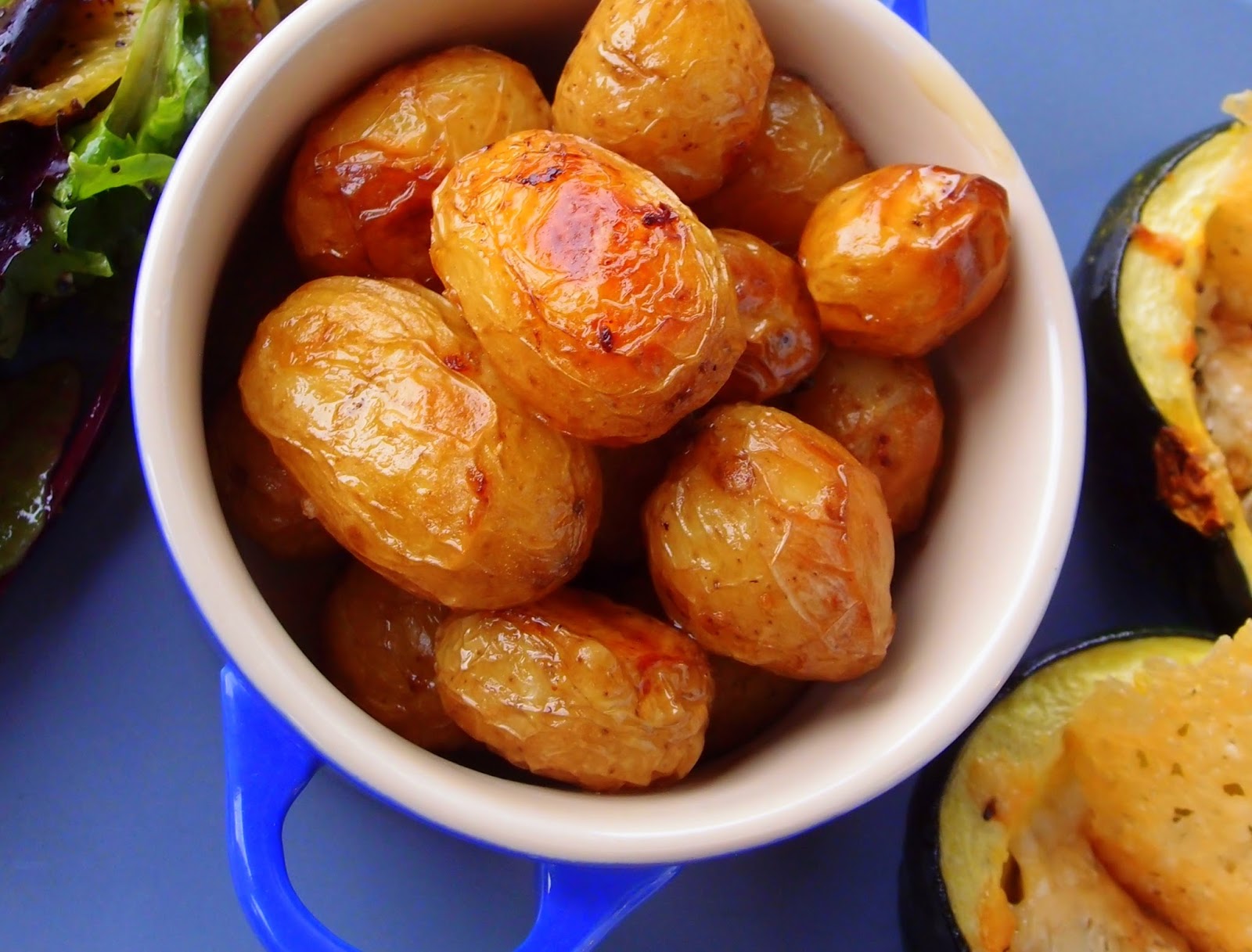 Cut the gem squashes in half and remove the seeds. Scoop some of the squash out by leaving a thin squash shell. Save some of the squash insides for the stuffing and then prepare the other stuffing ingredients. Grate some vegetarian pasta cheese (same as vegetarian parmesan) and mix it with the chopped herbs, garlic and grated lemon zest. Add some lemon and pepper bread crumbs and there you have the lemony and cheesy stuffing. 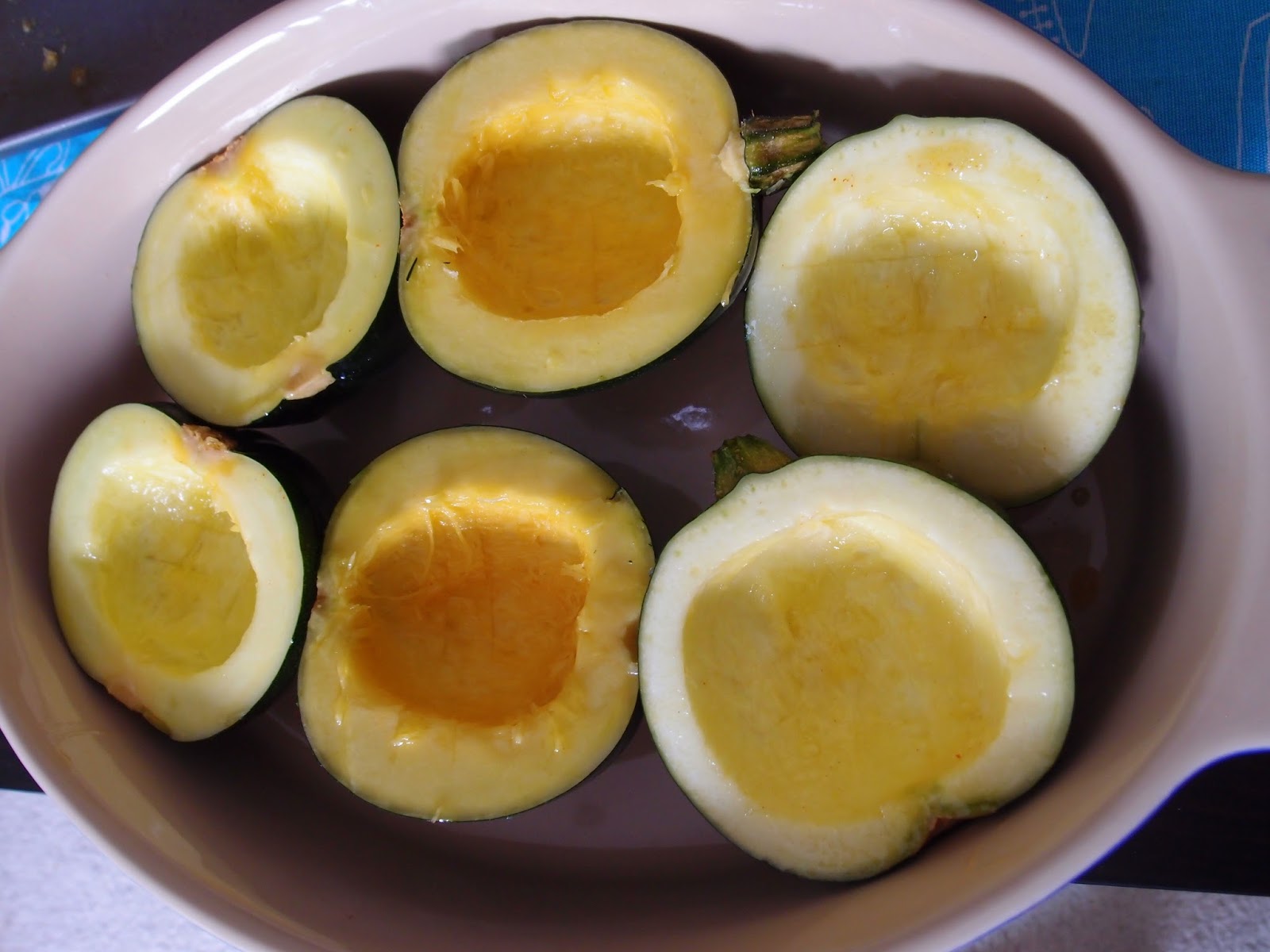 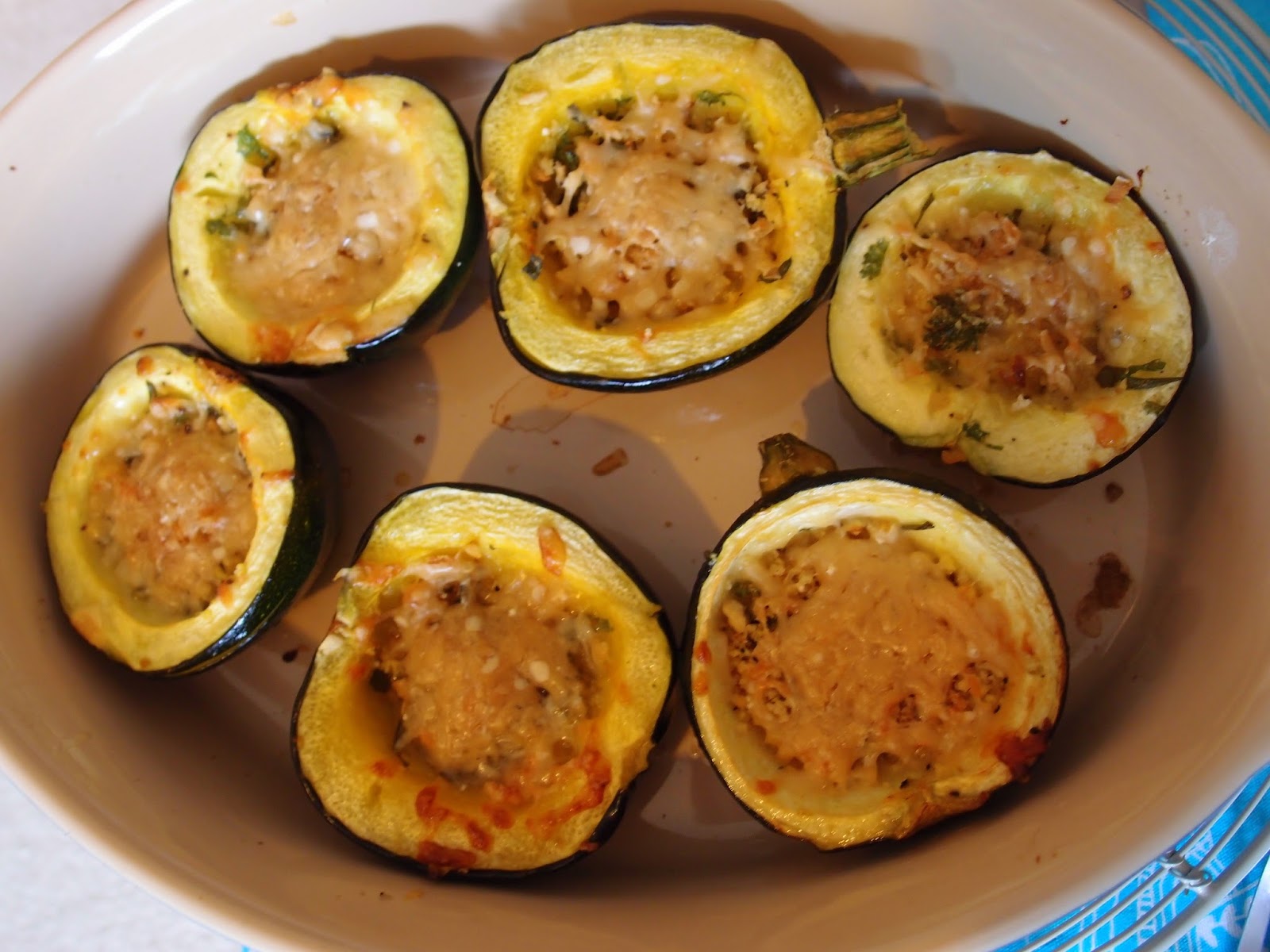 Place the stuffing on the squash halves and bake them at 180C for about 30 minutes until the squash halves are baked and the cheese has melted. Decorate with the parmesan crisps and serve with the baked new potatoes. I served them with a side salad. If you think the dish is too dry add some homemade herb butter to the potatoes. 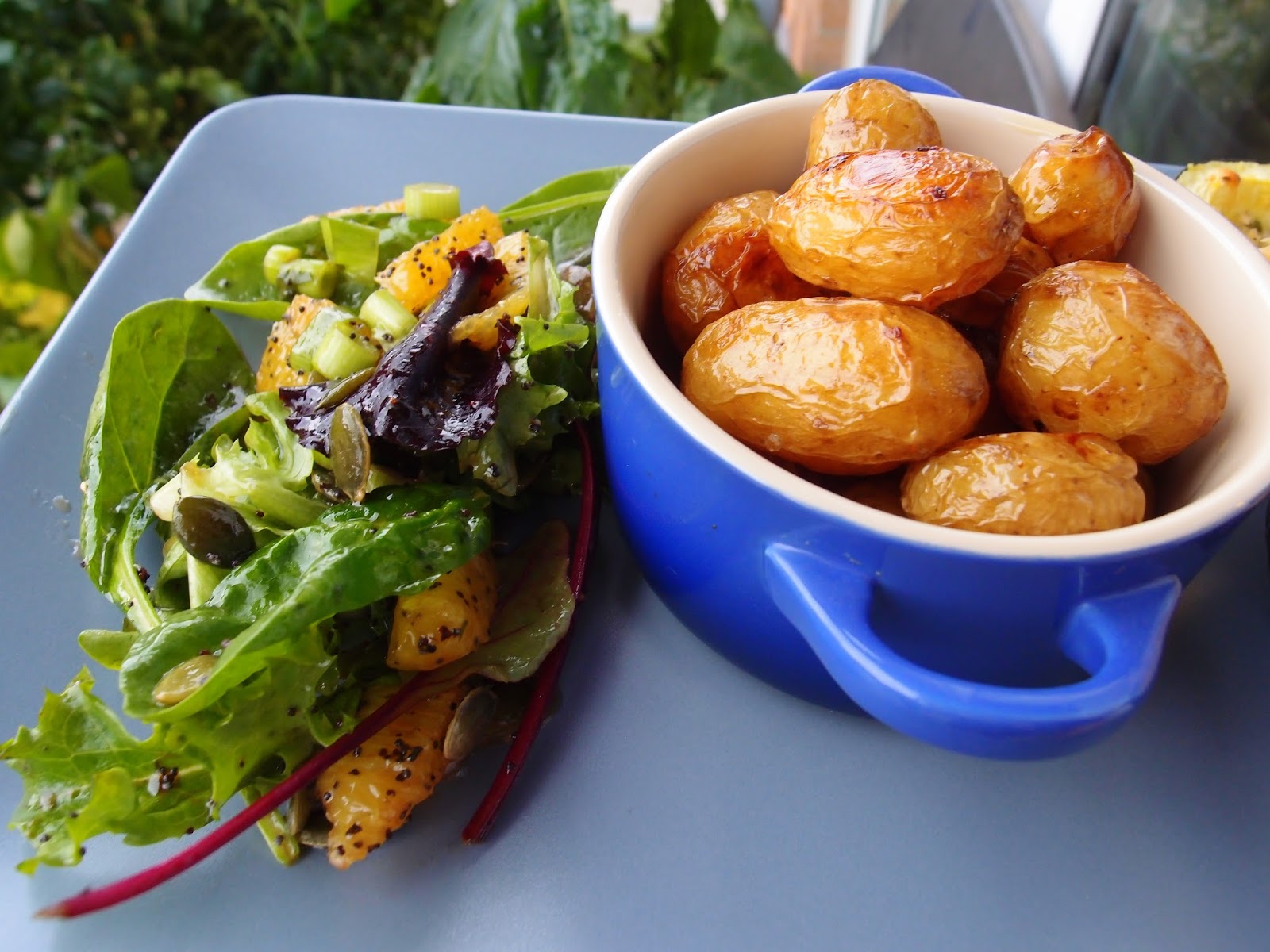 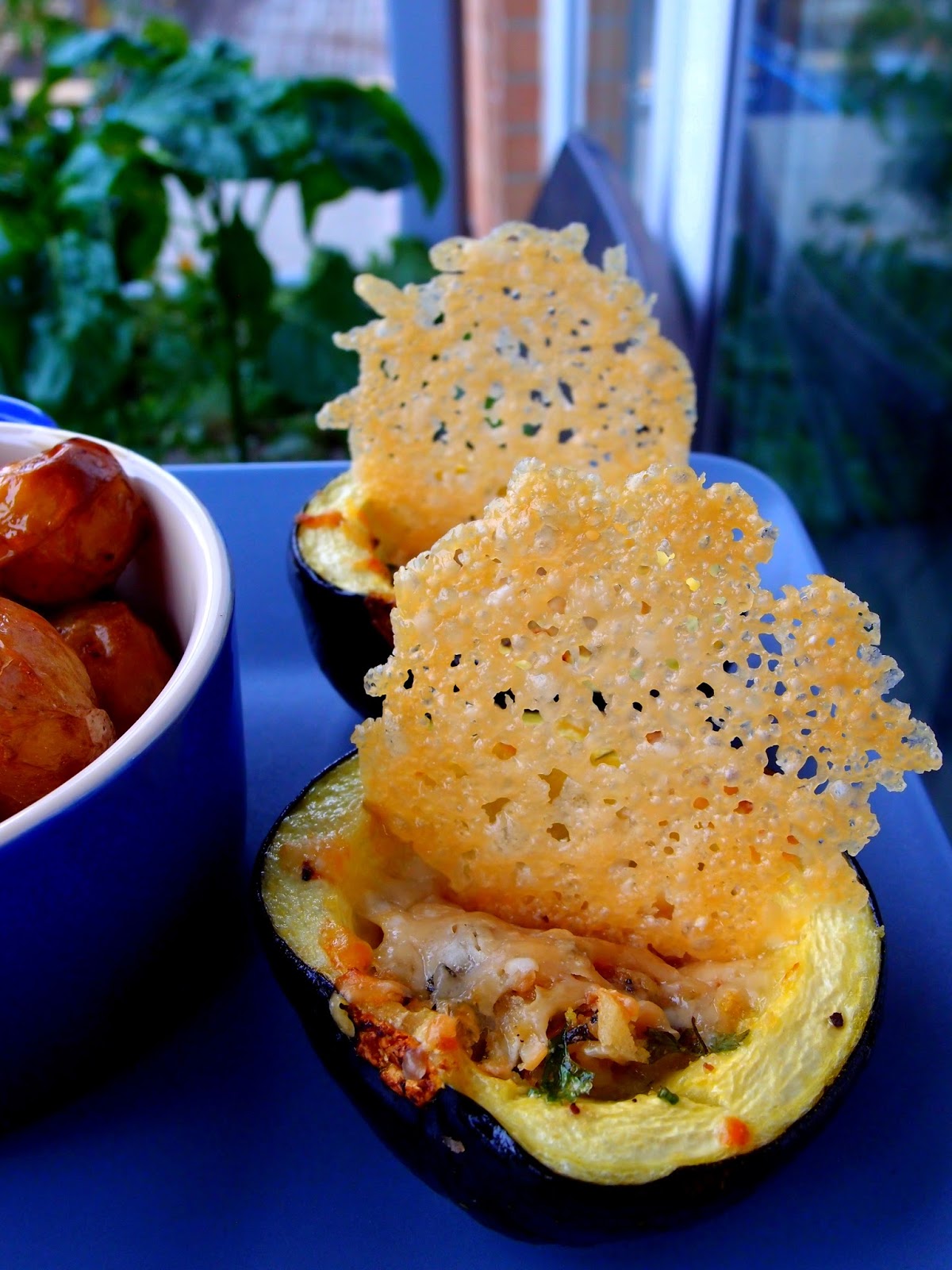 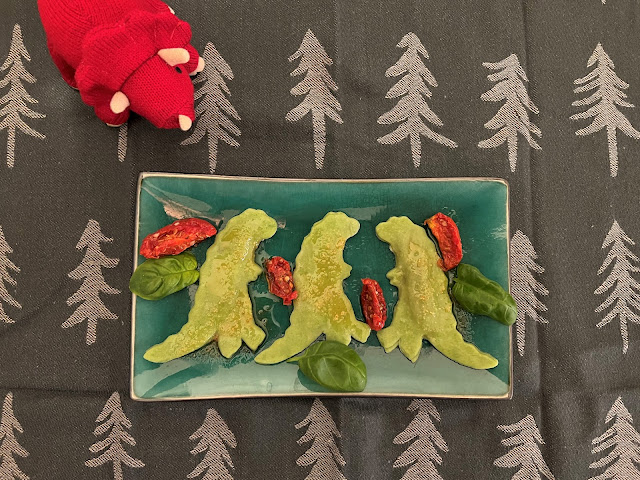