Kyrö Distillery Company – Going back to the roots 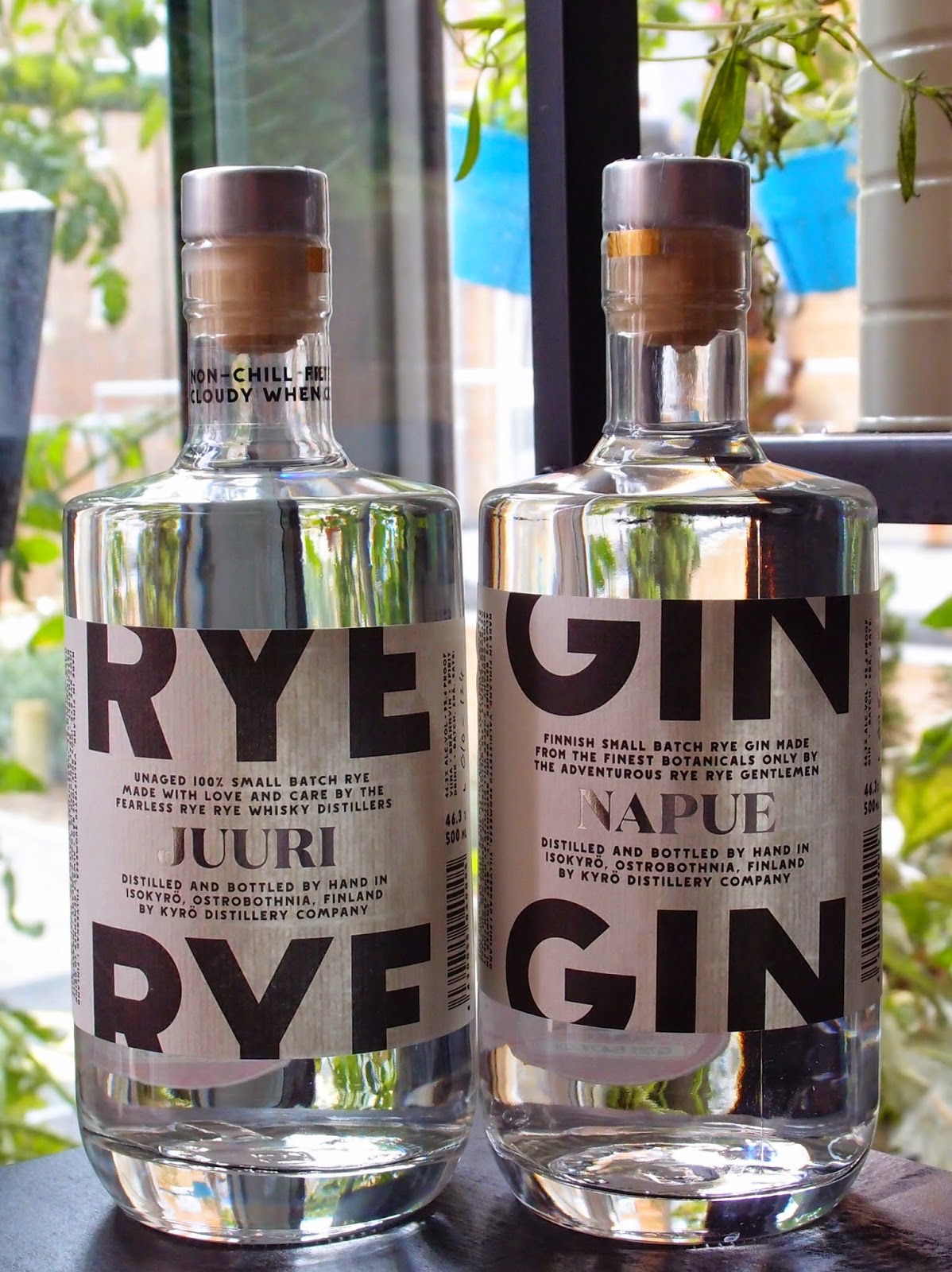 I was born in the small town of Isokyrö in western Finland in the late 1970s and spent most of my childhood and youth there. The main trade of this quiet place is agriculture, but now unheard things are happening: a whisky distillery, Kyrö Distillery Company, has been founded there! I was very excited when my mum told me these news in June. She had even cut out a local newspaper article for me about the distillery (because that's how they still do it in those parts of the world!).

Even the building where the distillery is located has fond memories for me. That place is none other than the old dairy building of Isokyrö. They used to produce Oltermanni cheese there, which I'm pretty much obsessed with. My grandparents had cows that produced milk for making that cheese. In the early 21st century Valio moved the Oltermanni production away from Isokyrö and I claim that after that the taste of Oltermanni slightly changed. And it looks like it wasn't just my imagination, as back then Valio even confirmed to me in an email conversation that the taste can be different when the cheese is produced elsewhere – such shocking revelations!

Anyway, there is no longer need for bitterness about Oltermanni's sad departure from Isokyrö as the dairy building has now been put to good use by the Kyrö Distillery Company. They distil rye whisky, which is first of its kind in Finland. A 100% rye whisky, like they make it, is a rare thing even on a global scale. Finns like putting rye pretty much everywhere, but surprisingly a pure rye whisky hasn't been made there before. The five founders of Kyrö Distillery Company say that the idea of making rye whisky struck them in the sauna, and that is the very place where many successful Finnish ventures have started!

Every time I visit Finland I go to Isokyrö to see family, and when I had my last holiday in August, I got really lucky as the distillery pub was open for the public. I already wrote a post about the 18th century market in Isokyrö, and during that market the distillery had opened the pub and organised tastings and viewings. Unfortunately I didn't have time to go on a tour or to the tastings, but for the next visit that's definitely on my list. These are still early days for the pub, but in the meanwhile it opens once a month, if I'm correctly informed. 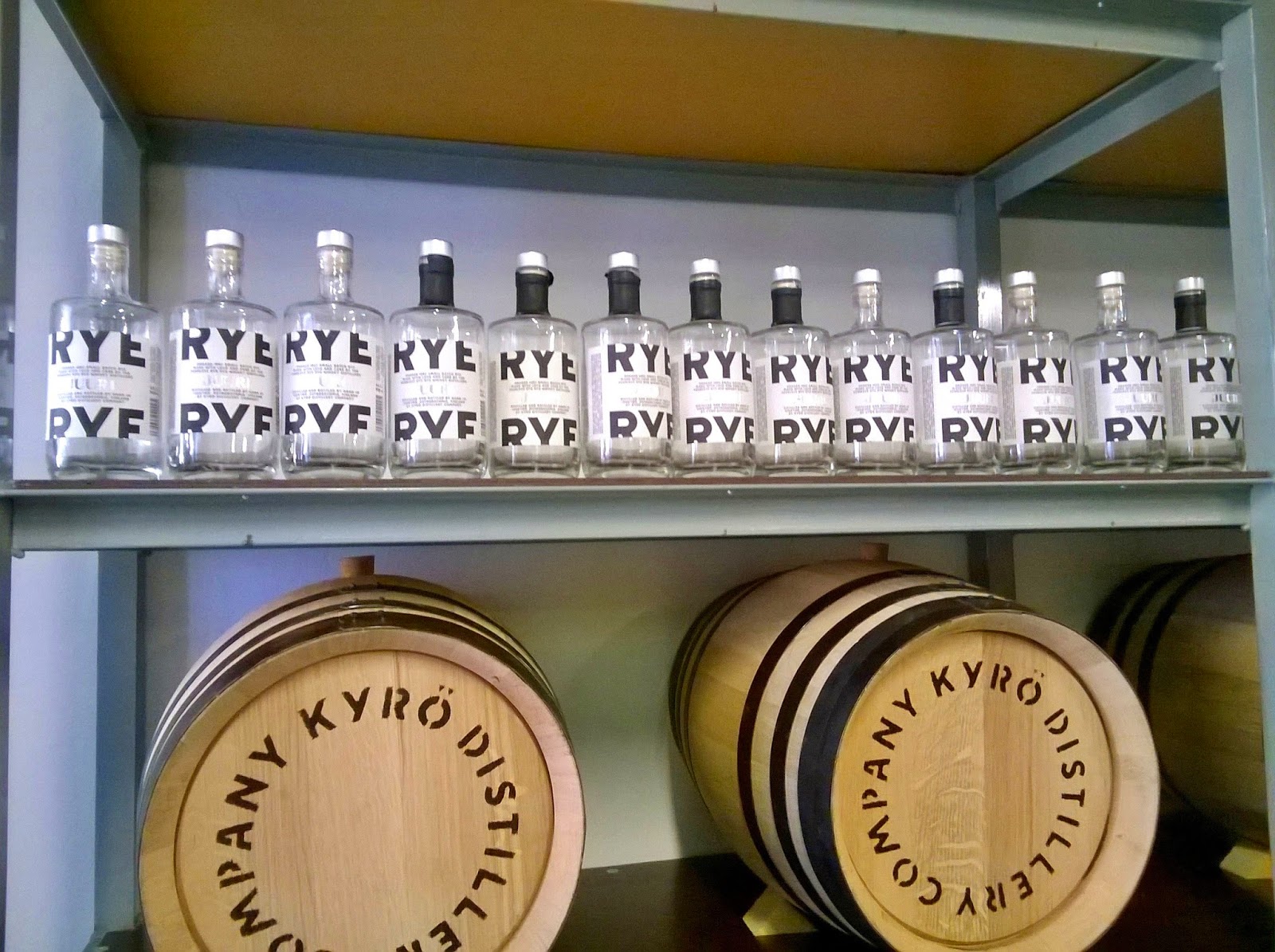 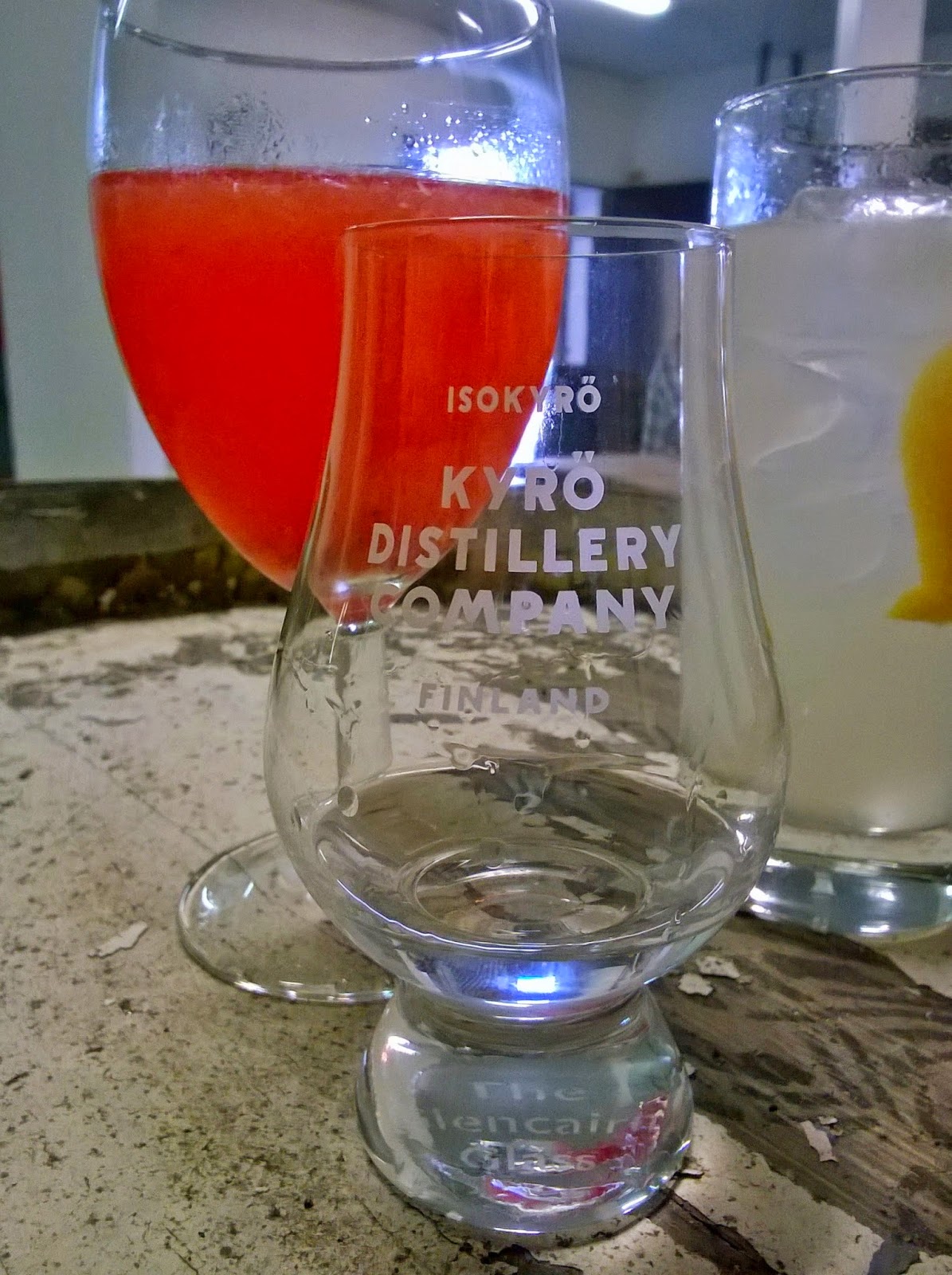 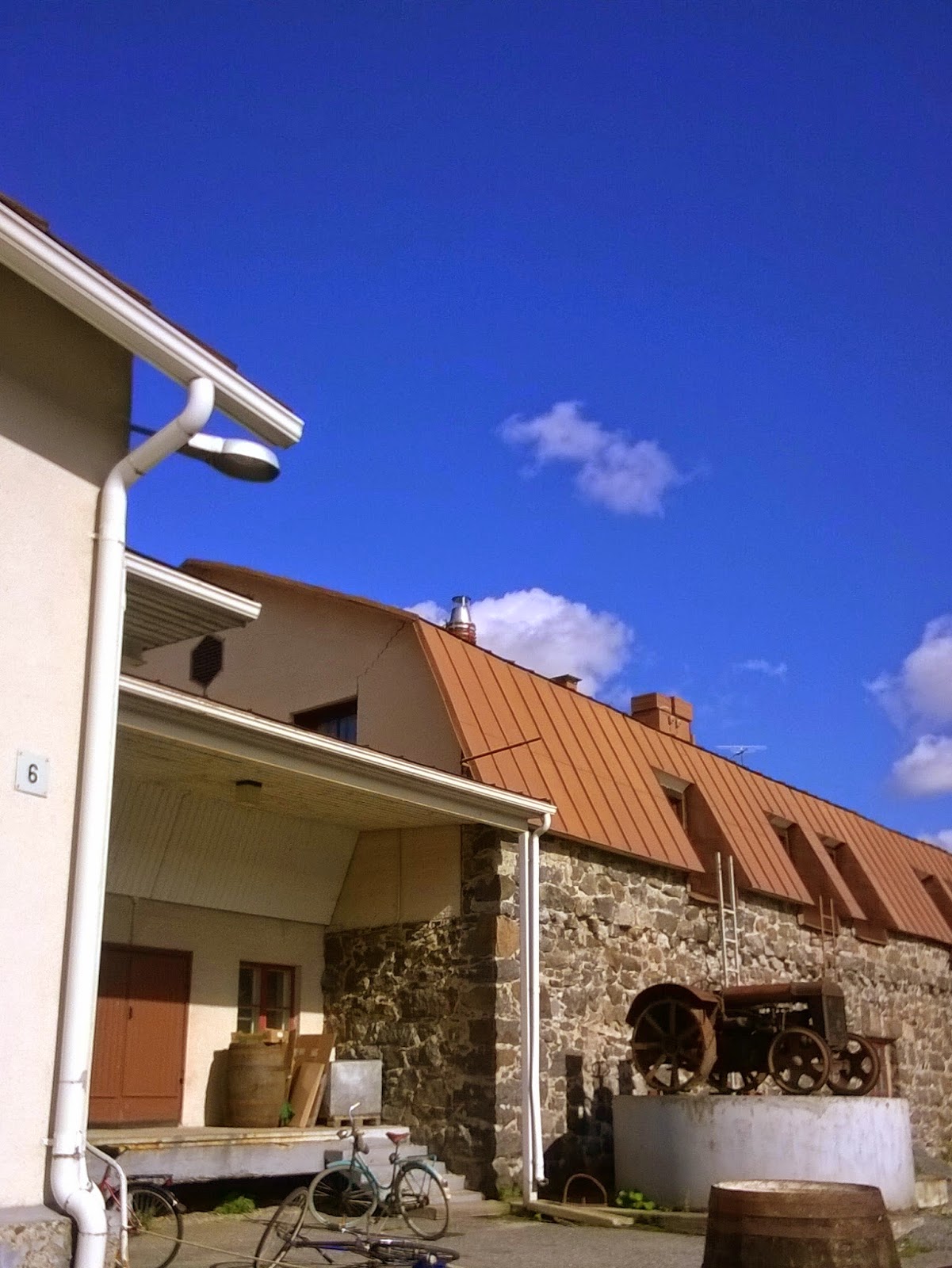 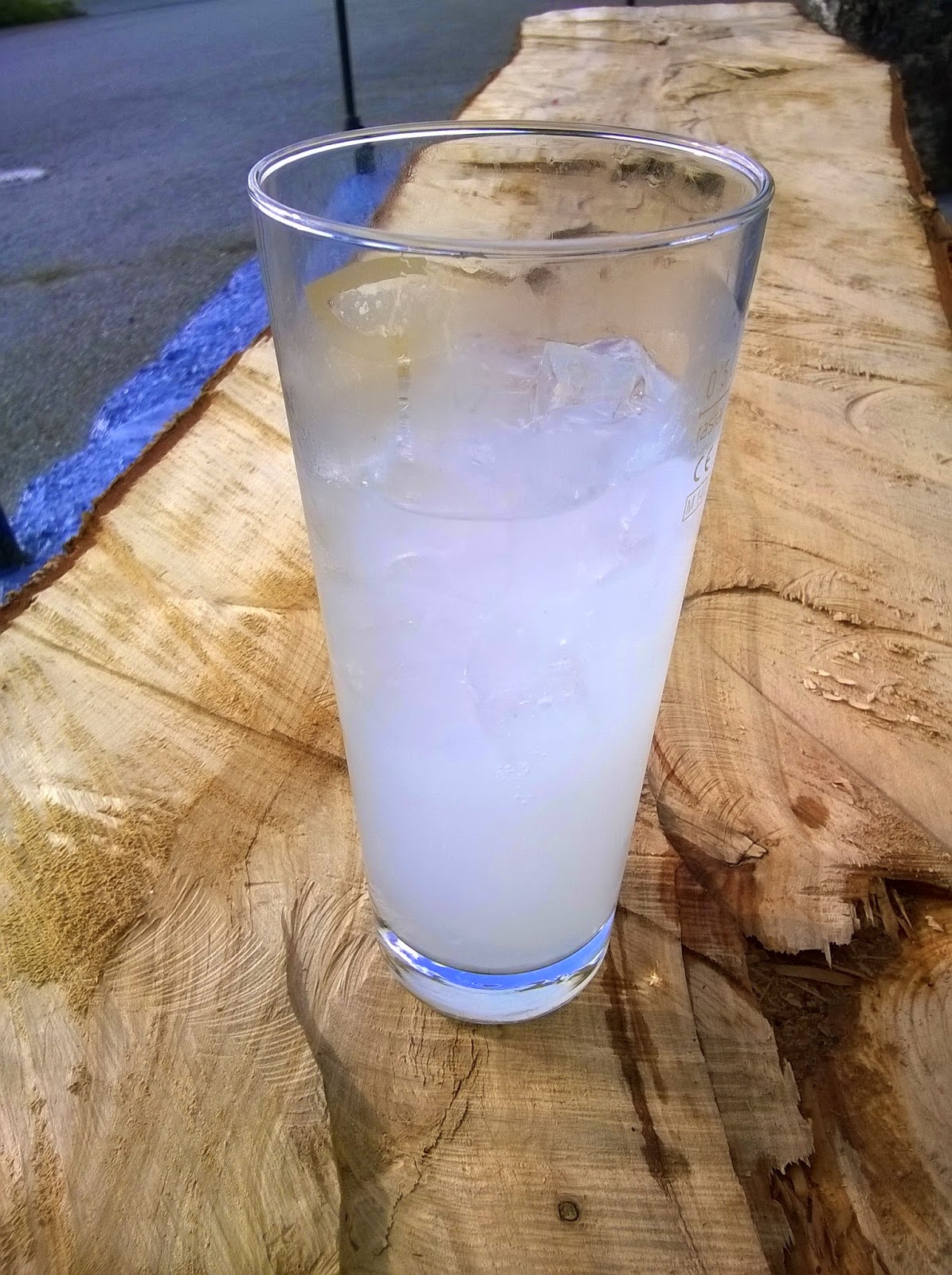 In the pub they served lovely fruity cocktails, long drinks and the real thing. I tasted Juuri (Root), which is the unaged rye whisky and I also had cocktails named after local places, such as “Perttilän Silta” and “Pukkilansaari” and long drink of the house. These were made of Juuri and the other product of the Kyrö Distillery Company, Napue Gin, which gets its name after the very village the distillery is situated in. There is a memorial of the Battle of Napue (1714) very close by and the typeface of that monument has been used to create the clean design of the Kyrö Distillery Company's products. They call it Napue Sans! I find the whole branding of the company to be very modern, but strongly mixed with tradition, and that's what makes it so appealing to me and surely to many others. 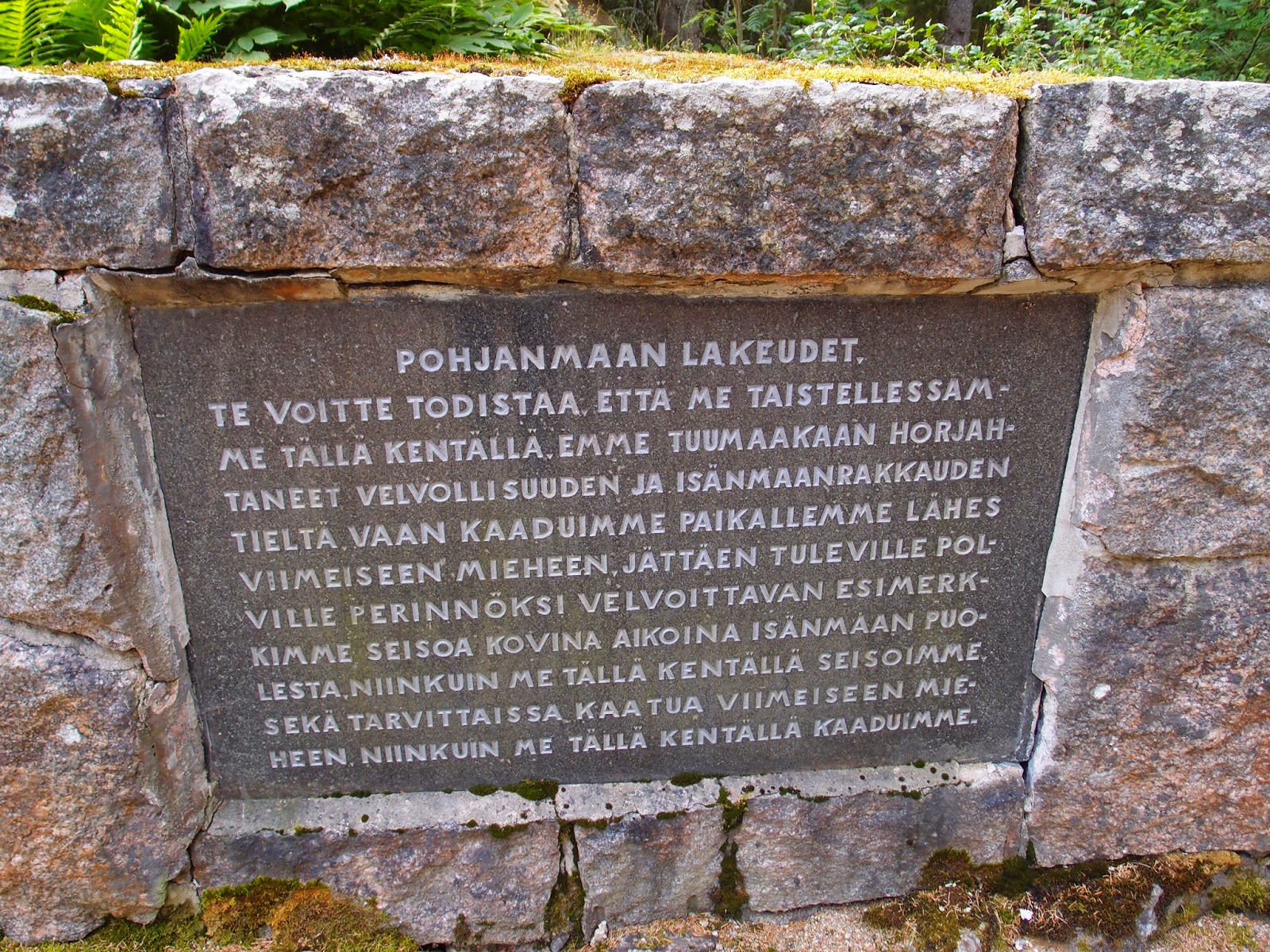 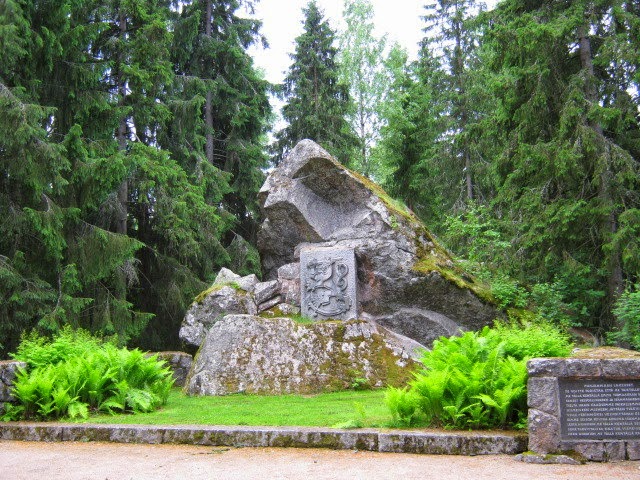 *These are old VegHog archive photos from the Battle of Napue memorial site taken 2011 and 2012.

You might know that I'm bit of a lightweight when it comes to hard booze, but of course I had to taste these products straight. On a normal day I might rather opt out for a cocktail. Here are a few tasting notes and other thoughts on these drinks. 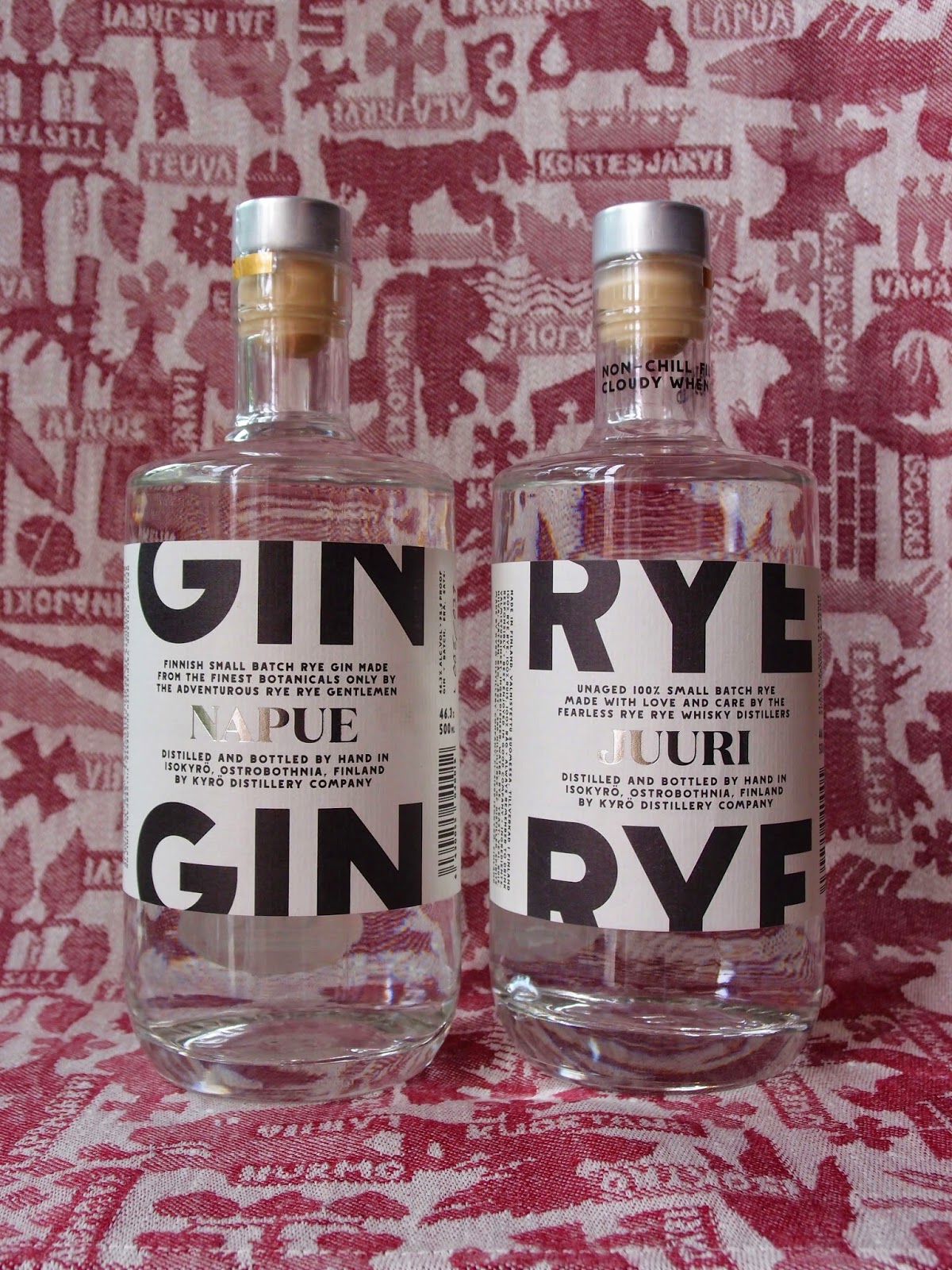 Juuri – Like I mentioned above, Juuri is the unaged whisky and the first matured batch will be available in 2017, but it's in itself already a very accomplished drink.

Juuri tastes like eating toasted rye bread with honey. There are also some anise notes and hint of raisins and caramel. 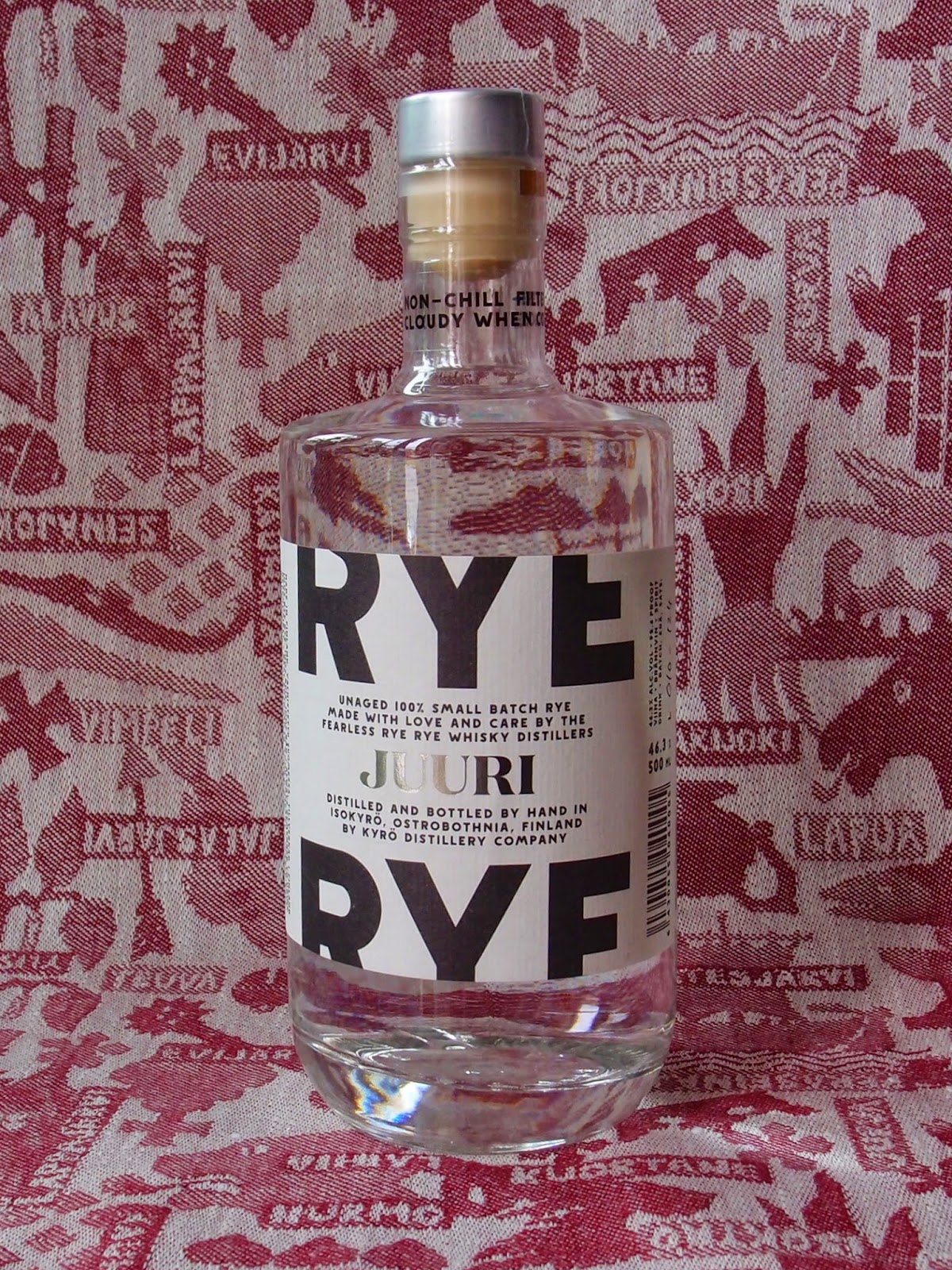 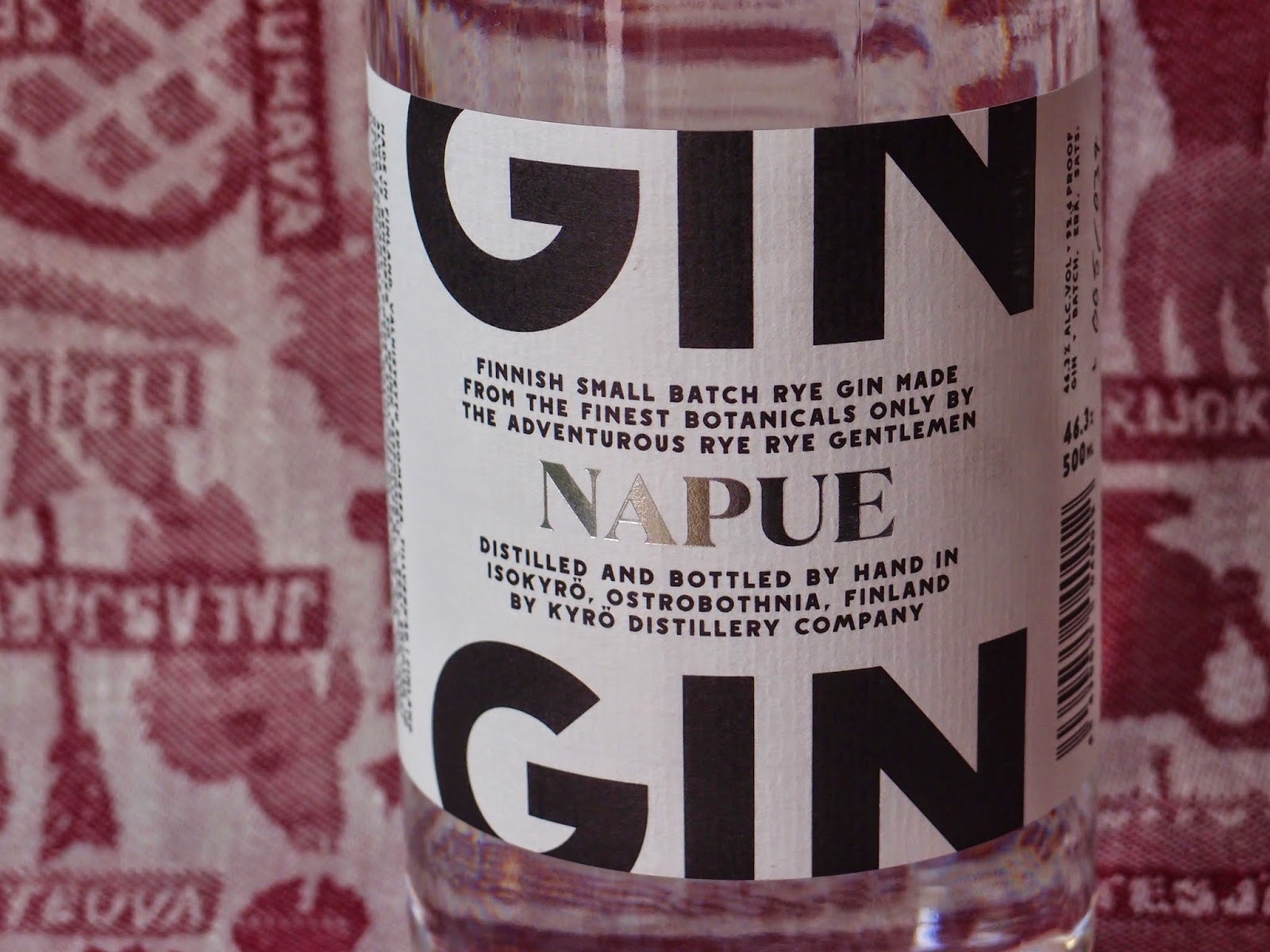 Napue – For me a local gin was always going to be a very welcome drink as it is so versatile to use in cocktails and long drinks. Napue gin is also made of rye along with diverse fine botanicals. I read somewhere that it even contains sea-buckthorn, my favourite berry!

The rye smell hits you first, but the gin also has an initial smell of juniper and fresh botanicals. The foretaste is peppery, then berry and juniper tastes linger on the tongue. I think in the aftertaste I was able to get a hint of the sea-buckthorn, even if I might just have been imagining it. There is a strong rye taste throughout.

Now Master of Malt has both Juuri and Napue in their selection and they ship them almost everywhere in the world (check their page if your country is included). That means happy days for us expat Finns who can now get piece of home in the post.

Thank you Kyrö Distillery Company for bringing a breath of fresh air to Isokyrö and good luck for the future! I'm sure I'll be seeing you soon.

I’ve had a lovely week travelling in Denmark visiting many beautiful places on the shore and several museums. But above all, I’ve been taki... 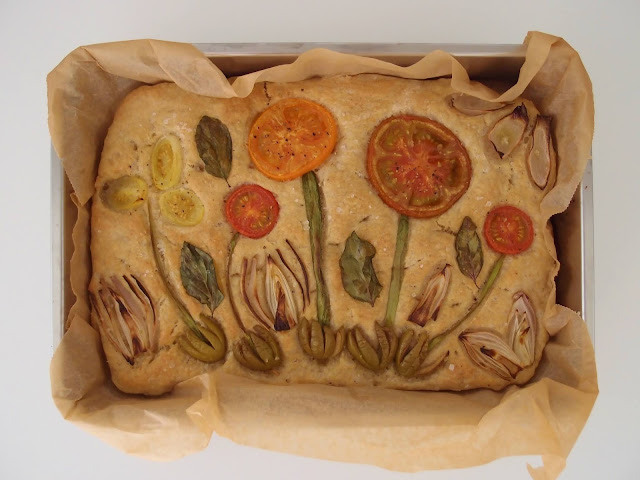