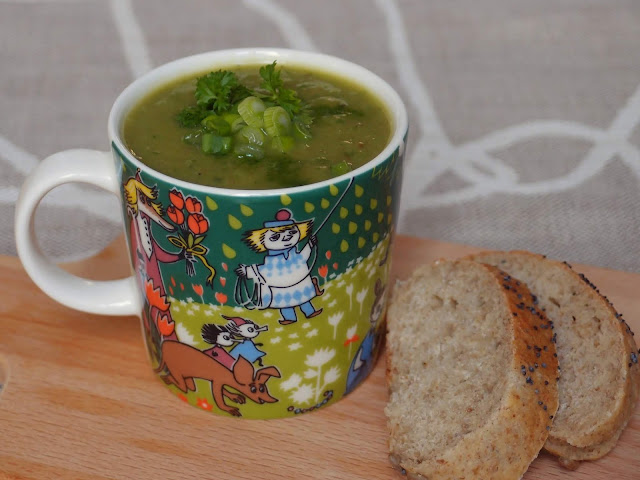 It's been another busy week here, and the next one won't be any different. Luckily then I'll have a long weekend to relax more, and maybe to post more, as I have some dishes in store. Yesterday we took part in the people's climate march in Copenhagen, where also Greta Thunberg was speaking. I think there were about 30.000 people there. Today it's also the EU parliamentary election day. I already voted in advance, but I will be following the results closely. It would be nice to see a big green impact all over Europe.

Now to something else green. This is a healthy green soup full of veggie and legume goodness. I used leeks, kale and potatoes in this soup, as the name suggests, and there were also green lentils to make it more wholesome. Have a look at my recipe below.

Slice the leeks, and also use the green tops. Carefully wash the green tops, as there usually is dirt. It's best to cut them lenghtwise and wash the leaves individually.

Peel and square the potatoes, and also chop the onion and garlic finely.

Heat vegetable oil in a pan and start cooking the onions. Cook them until they are soft and slightly browned and then also add the garlic.

Cook the lentils in a separate pan, and set them to side.

Add the cut leeks to the onion and garlic and cook under lid until the leeks are soft.

Add the potatoes to the pan, season with vegetable stock powder, salt and ground black pepper, and add water. Cook until the potatoes are done.

Chop the kale coarsely and remove all thick stalks. Then add them and the lentils to then pan and let cook for a few minutes.

Purée the soup in a blender and cook it still for a while after the puréeing.

Serve with crusty bread on the side and enjoy! 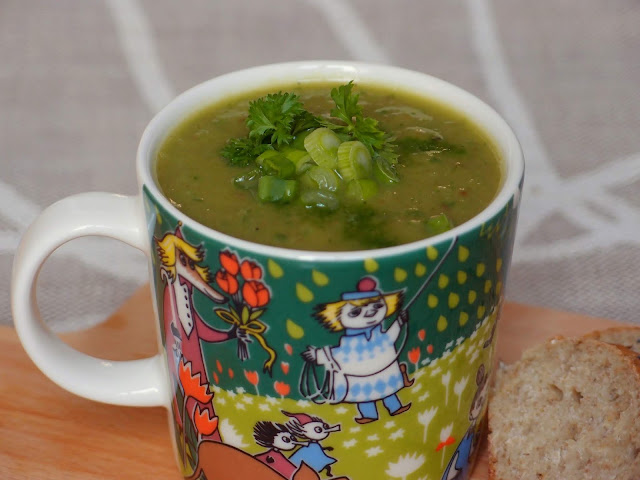 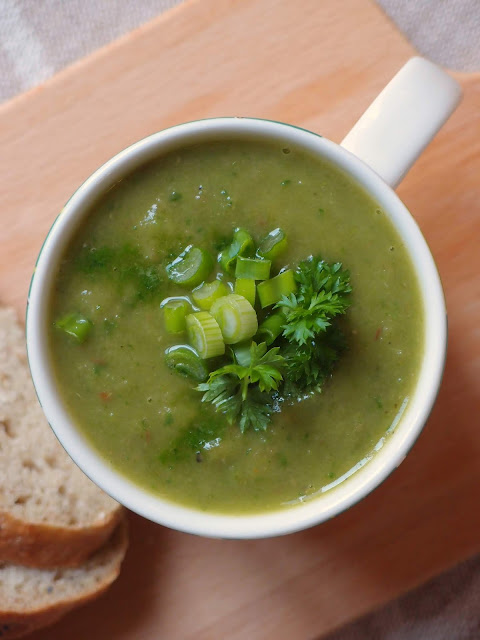 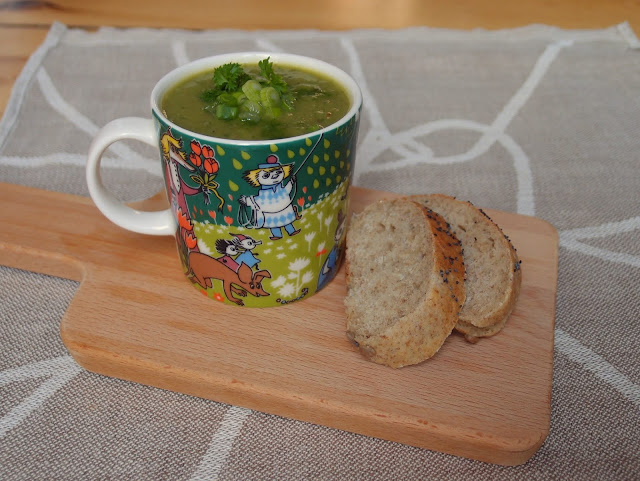 I'm sharing this recipe with this month's Eat Your Greens. It's hosted by Shaheen from Allotment 2 Kitchen. Go and have a look at her wonderful blog. You also still have time to submit your Eat Your Greens recipe for May. 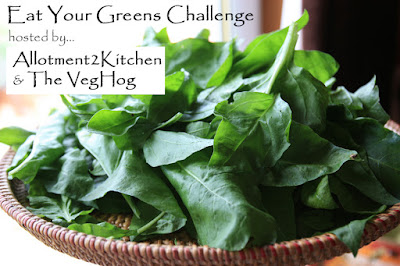 Have a nice day everyone!