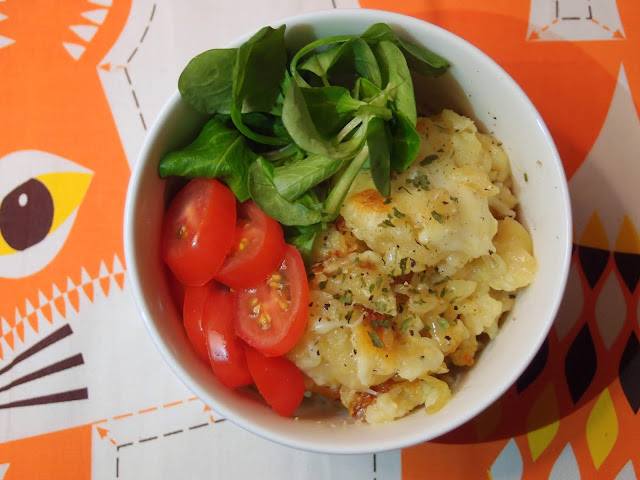 Here comes my second German recipe, after I started a German food week last weekend by posting a recipe for Laugenbrötchen, pretzel rolls. This one is a Swabian classic Spätzle, chunky noodles/thin dumplings. I've posted a Spätzle recipe a few times before that my friends from that region taught me, but now I made vegan Spätzle for the first time. These noodles are normally made with egg, but I took the plunge and tried to substitute the eggs with a mix of oil, polenta and potato flour as the binding agent. The vegan version was perfectly fine. In fact I didn't notice any difference in the texture or flavour to the eggy version. I will surely be always making vegan Spätzle from now on.

I hadn't made this recipe for a while, as I was lacking an important tool; we gave our potato ricer away when we moved to Denmark, and that was my go-to Spätzle maker. For making Spätzle you will need something with a surface of approximately 5x5 mm holes, where you can press the dough through to boiling water. I took the risk and decided to try this recipe with just my coarse cheese grater, and it worked out nicely. Making Spätzle is a real regional art and there are a few ways to make it. I quite like this article by Frankfurter Allgemeine newspaper, where they compare the tools for making Spätzle. And don't worry, if you don't speak German, the article has a nice demonstration video for each method. I really recommend watching those, if you consider making this dish.

So here is my basic recipe for vegan Spätzle, which I unfortunately ruined for vegans by baking the noodles with slow cooked onions and cheese. I personally think that's the best combination, but also just frying them after the boiling is a nice variation.

Mix the dough ingredients together to form a bouncy and stretchy texture. Add more flour or water, if needed.

Boil water in a large pan and start pressing the dough through a potato ricer or the tool of your choice.

Once the noodles swim on the top, they are done and can be removed from the water.

That's how easy it is! 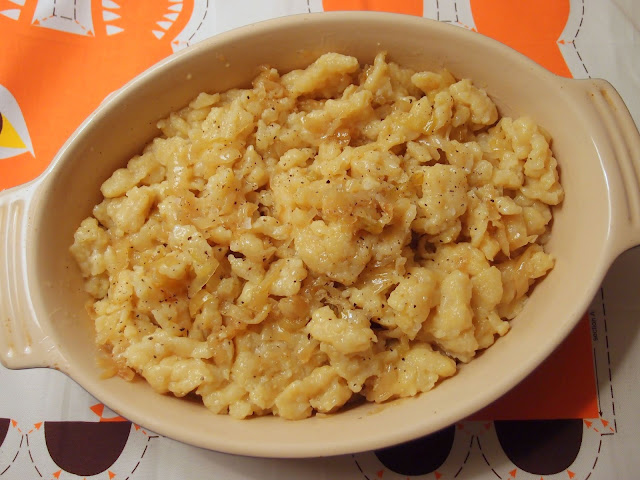 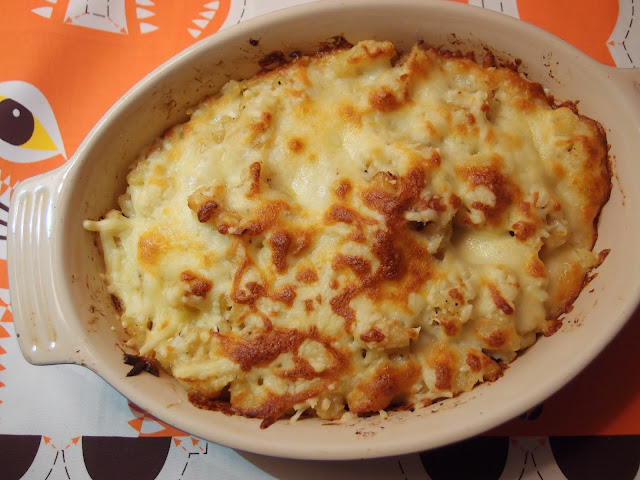 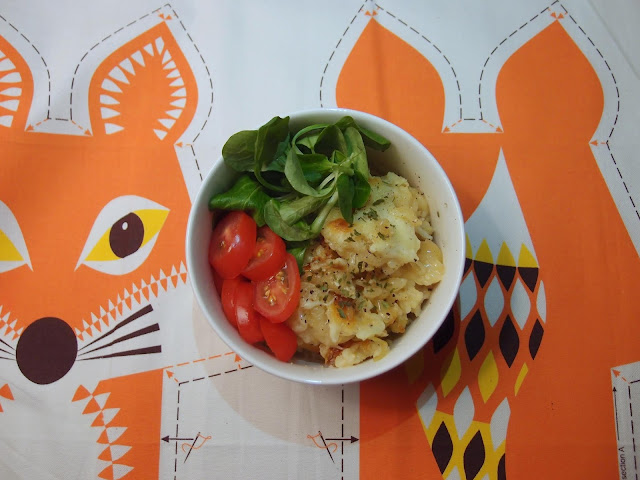