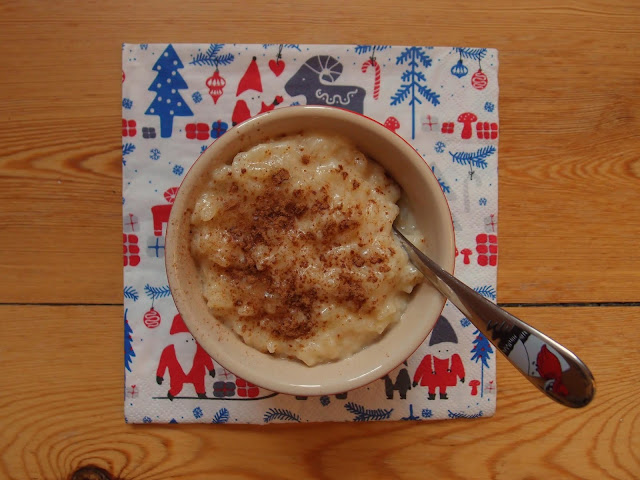 In pre-Christmas time and on Christmas Eve we eat Christmas porridge, which is a salty rice pudding served with sugar and cinnamon on top. Some people also like to add butter to it, but I have never tried that variation. It's quite a Nordic tradition, in Finland we have riisipuuro and in Denmark risengrød. I really like eating this rice porridge in this season, but never really eat it outside of the season.

I made a vegan rice porridge this time. I used the thick and creamy iKaffe from Oatly, and it worked out perfectly. Here is my recipe.

Heat the water with the pudding rice in a pan. I always use a cast iron casserole for this one, as the porridge can burn quickly, if it gets too hot.

Once the water has absorbed to the rice, add the milk and simmer very slowly for at least 45 minutes.

Season with salt and serve with sugar, cinnamon and a hidden almond. Whoever finds the almond, has a free wish. 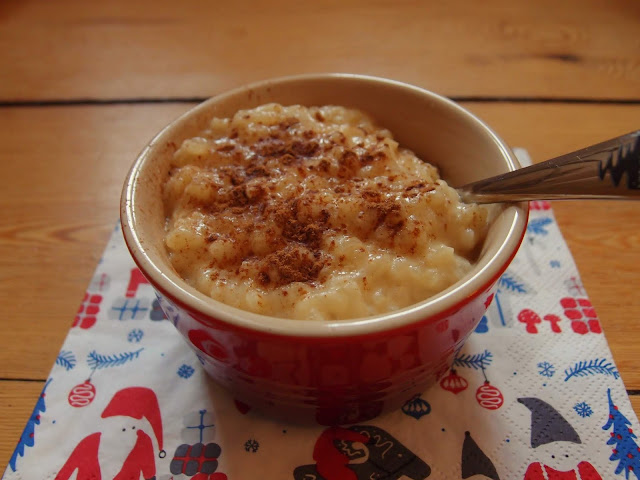