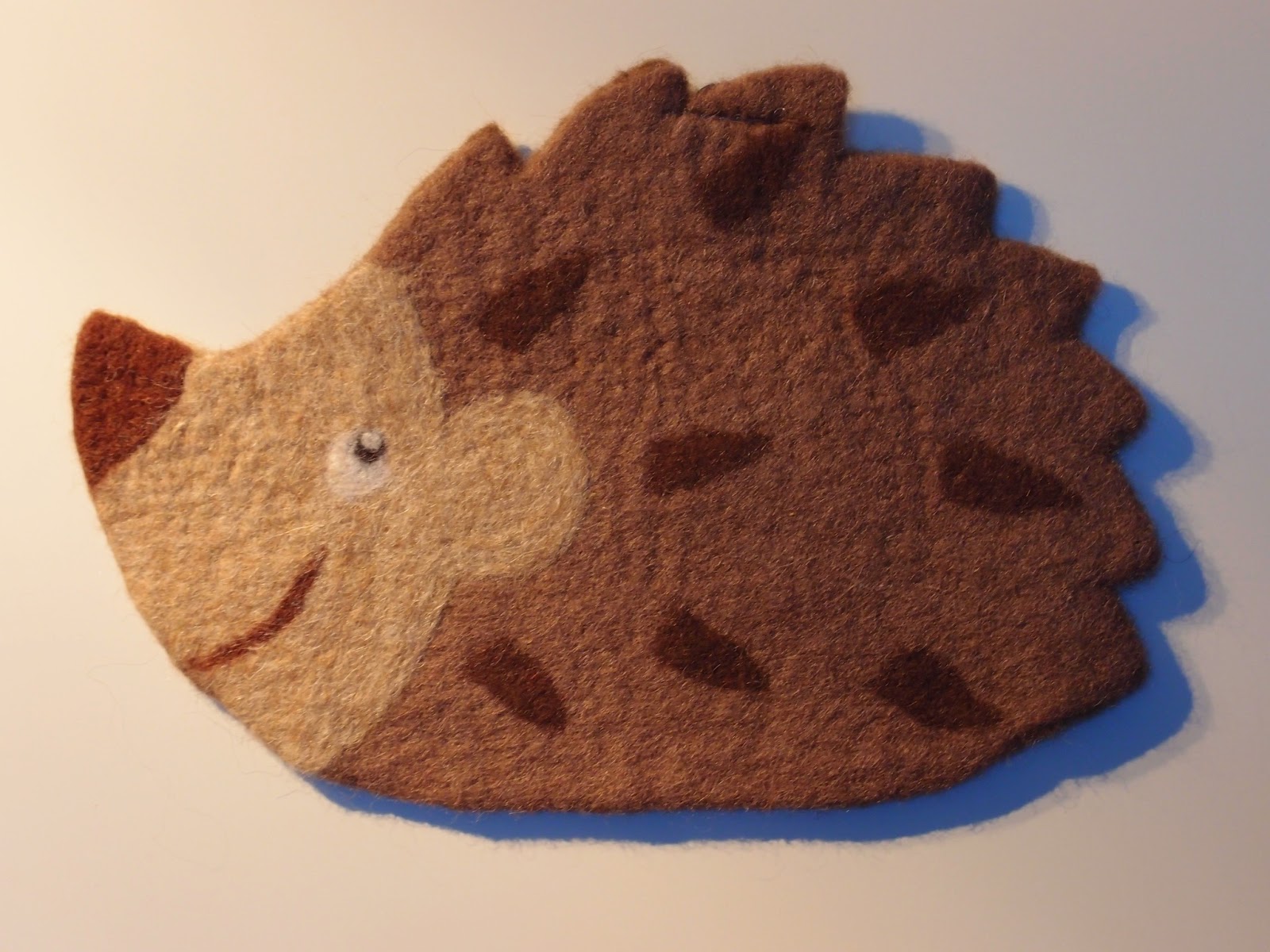 A felt hedgehog by Ateljé Hannetar.

Gnocchi are tasty Italian potato dumplings that can be combined just with butter or a variety of sauces. Of course you can buy fresh or dried gnocchi from the supermarket but homemade ones are so much nicer. Gnocchi are surprisingly easy to make as the dough is easier to work with than a pasta dough, for example. At least with some practise you can quickly learn what the right kind of gnocchi dough feels like.

Please note that the amounts are approximate and flour should be added carefully while checking the texture of the dough. Too much flour can easily ruin the dough. It's important to get a texture that holds together at the boiling stage and that doesn't get soggy.

Pay attention that you use good quality potatoes with a strong taste. I can't repeat that enough for any potato dishes. There are gnocchi recipes that include eggs but I make my gnocchi without them. But please do add a beaten egg to the dough as a binder if you're fearing that the texture of the dough isn't right. However, if you use waxy potatoes, such as the new potatoes which I used, the gnocchi will hold together better.

This is how they're done

Peel the potatoes and boil them for about 30 minutes until they are soft and let them cool down. Then mash them by pressing through a potato ricer into a bowl. Add a pinch of salt and some flour into the bowl and mix and knead until you have a bouncy firm paste that can easily be shaped. 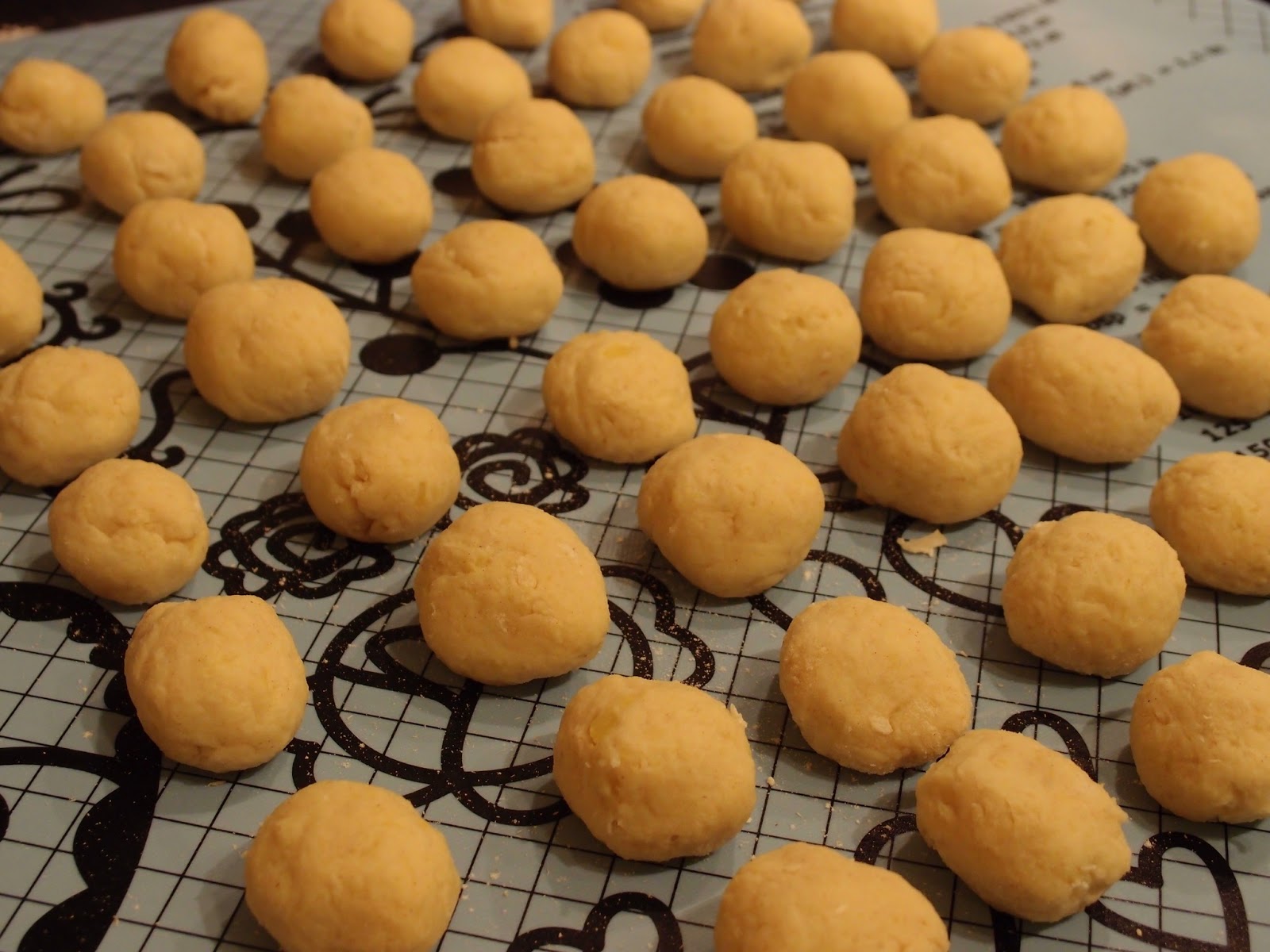 Shape the dough into small balls with teaspoons or by hand. Another method is to make a longish thin rod and then cut small pieces out of it. As you can see on the photos mine got slightly larger than normal and they still tasted very good. If you want to you can press some decoration in with a fork or dent them with your fingers.

Bring water to the boil and put the gnocchi in, let boil heavily throughout. Boil until they float on the surface, which happens quite quickly. 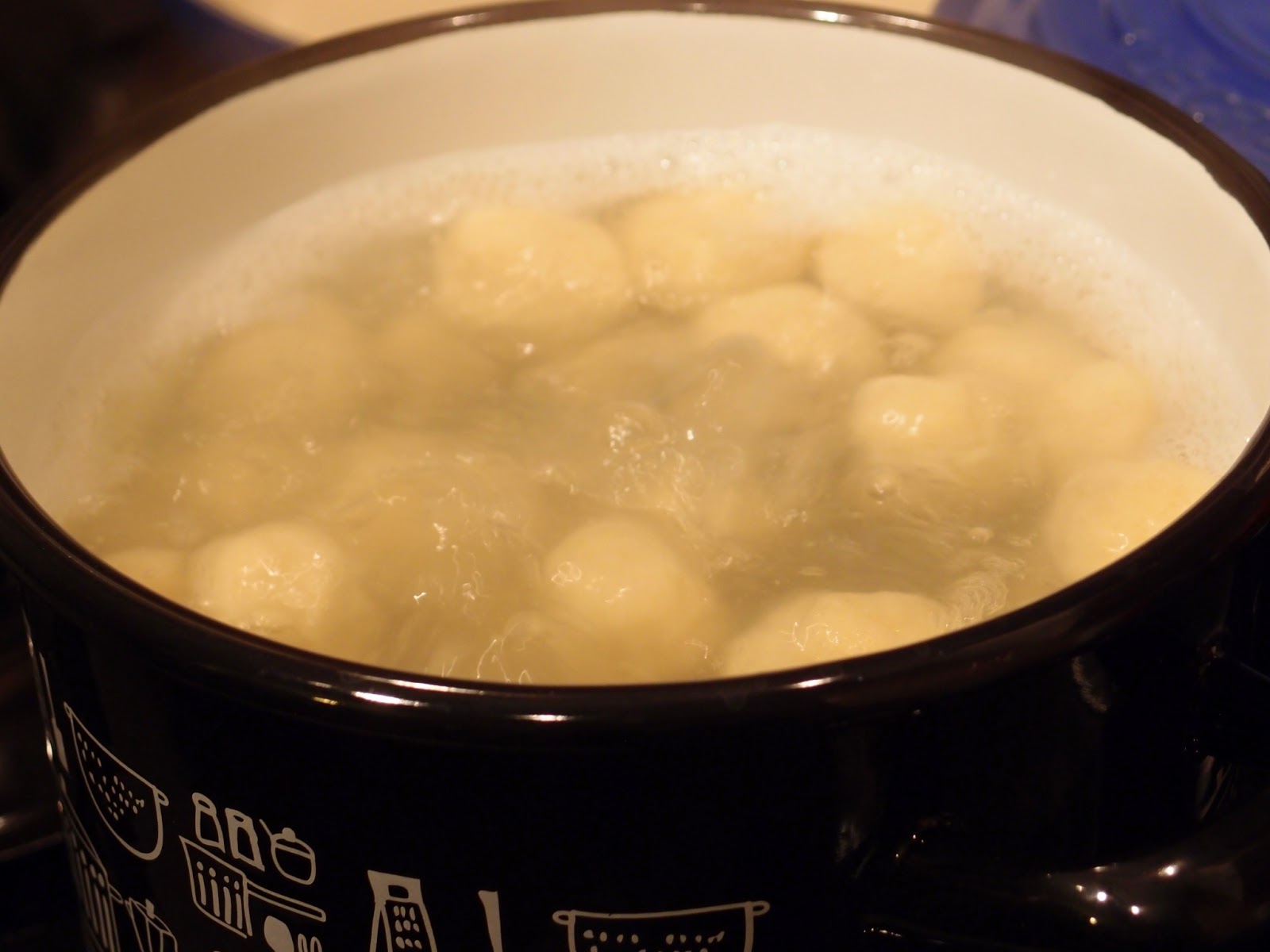 Serve with a lovely and light vegetable sauce, maybe tomato, pepper, mushroom, pesto, whatever you fancy and throw some cheese on the top. Sometimes I make gnocchi as a bake as well, which is extremely tasty, but I boil them first as normal.

In the future I will be posting some serving suggestions and combinations for homemade gnocchi.