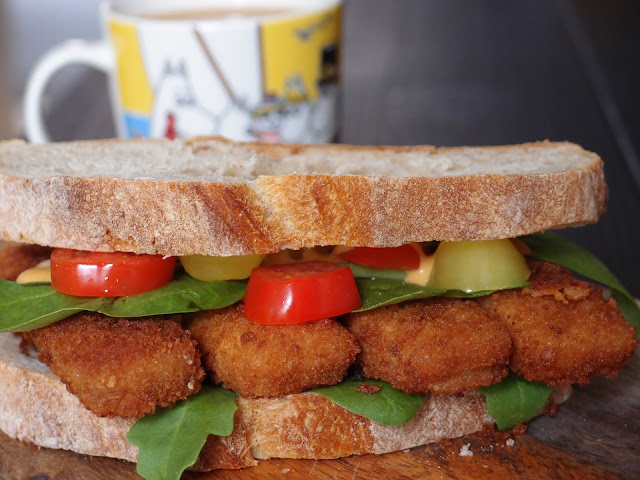 I just had my one year anniversary of living in Denmark. It's incredible how quickly the time has passed. I've really been enjoying every minute here, and I'm so happy that I took that decision to move. It has been a very busy year with many things going on in my life and many changes, but luckily I have managed to blog at least a little bit. And of course I'm planning to blog further.

The lifestyle in Denmark is more similar to what I'm used to from Finland, so it was easy to feel like home straight away. Copenhagen is a very international city and there are so many interesting places to see. I don't even want to travel anywhere else on holiday, I'm just happy strolling around in my own city. I've learned a lot of Danish and can already have short conversations in Danish. It's only hard to practise, as everyone switches quickly to English, if you're not fast enough, but I do like to try.

Now to today's dish. I wanted to celebrate the anniversary with a vegetarian version of a weird and wonderful British dish: the humble fish finger sandwich. I never managed to eat anything like it while I lived in Britain, so I wanted to create a version of this classic dish now. Do Brits even eat this, or is it just an urban legend?

I recently bought some vegan fishless fingers and they were perfect for this dish. They don't taste fishy at all, which is good, but the texture seemed to be similar to what I remember of fish fingers. I refined the sandwiches a little bit by using sourdough bread and topping them with tomatoes, spinach and vegan chipotle mayonnaise. I don't think that those things are included in the traditional recipe. This was actually quite a nice dish and definitely hit the spot as breakfast. 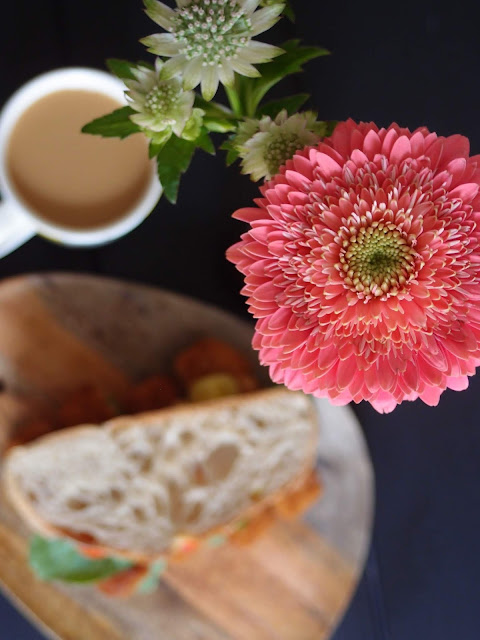 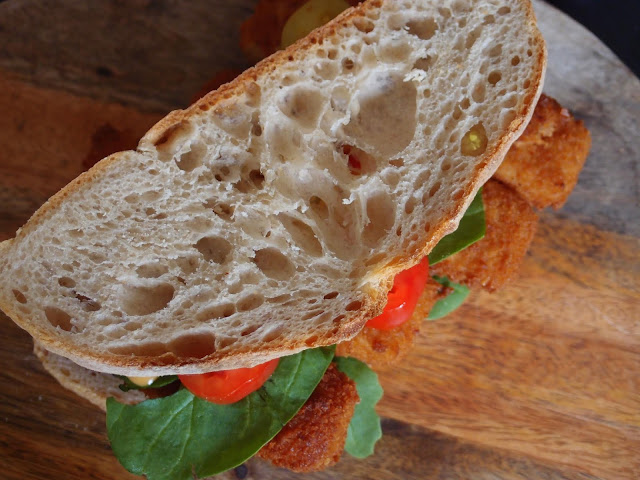 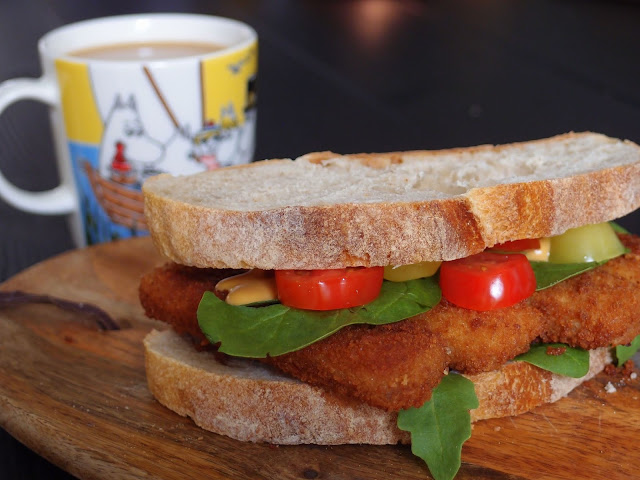