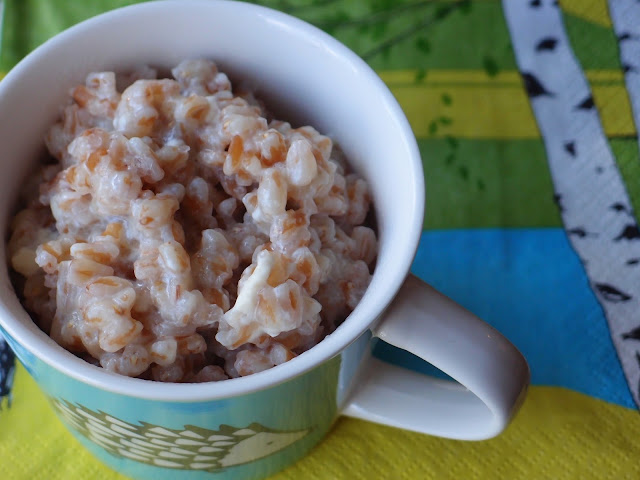 Savoury porridge is my true weakness. They make such a good breakfast and keep you going for pretty much all day. Here in England people don't tend to understand how much better a savoury porridge is, and they keep adding their sugars and honeys and berries to porridge. Well not me! I made this pearled spelt oven porridge, which takes a bit of time to prepare, but the result is totally worth it. It's the perfect weekend breakfast for me. I normally make this from pearled barley, but now tried with spelt and it was very good too. Have a look at my easy recipe!

Next morning pre-heat the oven to 200 C.

Drain the spelt, put it into an oven dish, season with salt and cover with milk.

Reduce the heat of the oven to about 180 C after 10-15 minutes when the milk is slowly simmering.

Bake the porridge for about one hour until the spelt is cooked and most of the milk is absorbed.

The porridge will have a crust made from milk. This can be removed before eating, if you like, but it's fully edible.

Add some cold milk to the hot porridge and enjoy! 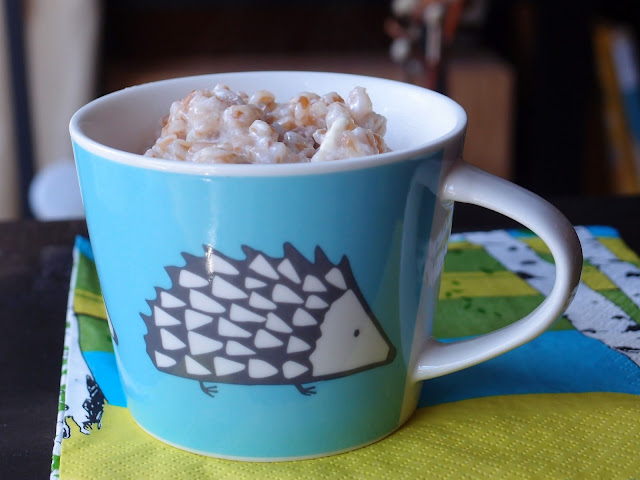 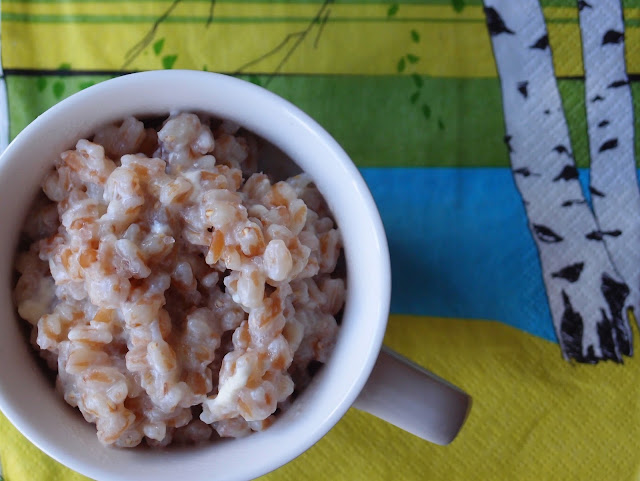 The ingredients for this dish are simple and once again, this is a total budget recipe, so I'm sharing this with Credit Crunch Munch hosted by From Plate to Pen this month and co-hosted by Fuss Free Flavours and Fab Food 4 All.