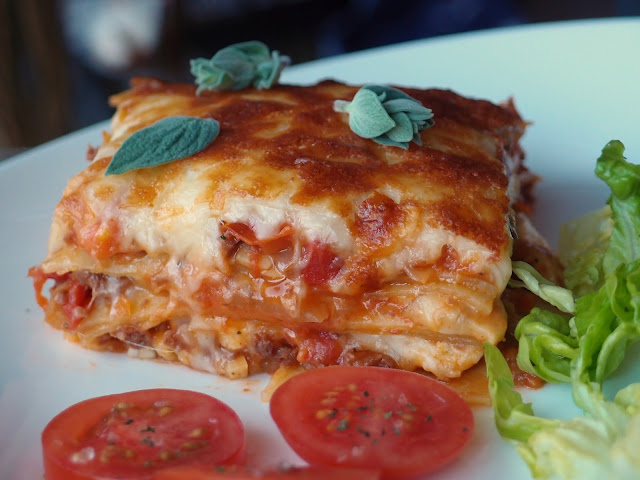 I haven't made a vegetarian lasagne for quite a while. There hasn't been a particular reason why not, but perhaps I've found it a little bit a boring choice lately. However after I had made this one that contained fried halloumi and soya mince ragout, I was excited about lasagne again. Actually it is a very good dish and there were plenty of left overs for a few lunches. If you have many hungry mouths to feed, such a lasagne is always a good idea. So below is my recipe from this time. 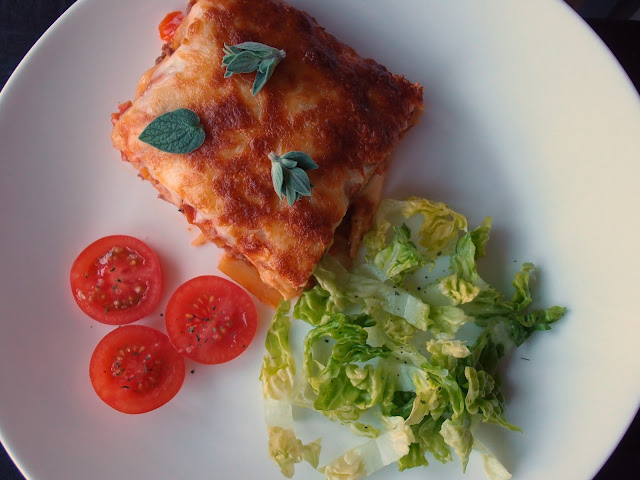 Chop the onion and garlic finely. Also slice the carrot and the mushrooms.

Cook the onion and garlic in olive oil until soft. Add the carrot pieces and after a while the mushroom slices. Cook a little further before adding the chopped tomatoes. Let simmer under the lid.

Cook the soya mince separately in water, drain and add it to the rest of the sauce. Season the sauce and let simmer until all the flavours have blended nicely.

In the meanwhile slice the halloumi and fry the slices in vegetable oil until they are golden brown on both sides.

Layer the sauce, halloumi and lasagne sheets in the normal lasagne way into an oven dish and cover with grated mozzarella.

Bake at 180 C for about 40 minutes until the pasta sheets are soft and the cheese topping is golden brown.

Serve with a fresh side salad and enjoy! 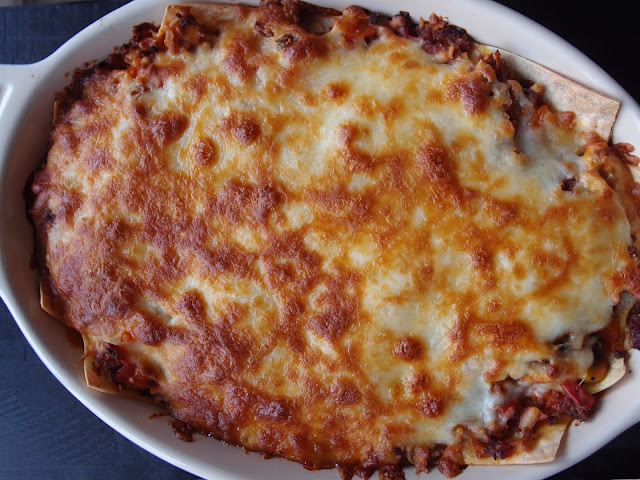