The weekend has gone by so fast and I'm not sure, if I got anything done during it. At least I've returned to blogging after a little Christmas break, so that's good. I've also cooked and baked a lot this weekend. Today I want to share another vegan dish with you. This dish was our New Year's Eve's feast. After many roast dinners and Christmas food, I felt like something different and thought that homemade gnocchi would be nice.

These gnocchi are vegan and this recipe makes a gnocchi portion for four. I added some potato flour to the dough to make them stick better together and the end result was very firm and bouncy gnocchi. I only could have used more beetroot for a more vibrant colour, as these turned out rather salmon coloured than proper pink from beetroot. They were tasty though, and went down well with the marinated portobelli. I marinated the mushroom slices in olive oil, garlic, parsley, salt and pepper and pan-fried them before serving. 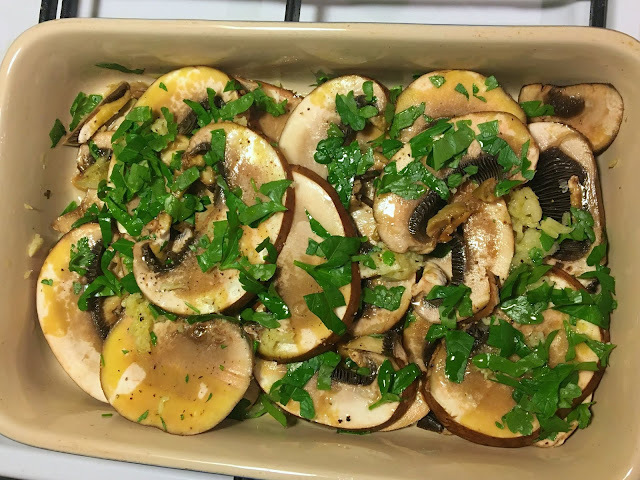 Cook the potatoes, peel and mash them. Set them to side to cool down.

Chop the beetroot and cook it in water, then purée it in a blender. Add a little bit of water (about ¼ cup) to make a bit more liquid mix. Mix it in to the potatoes.

Mix the wheat and potato flour gradually with the potatoes to make a firm mix. Season it with salt and also add vegetable oil.

Shape gnocchi from the dough, give them a fork mark and cook them in boiling water. They are done when they float on the surface. 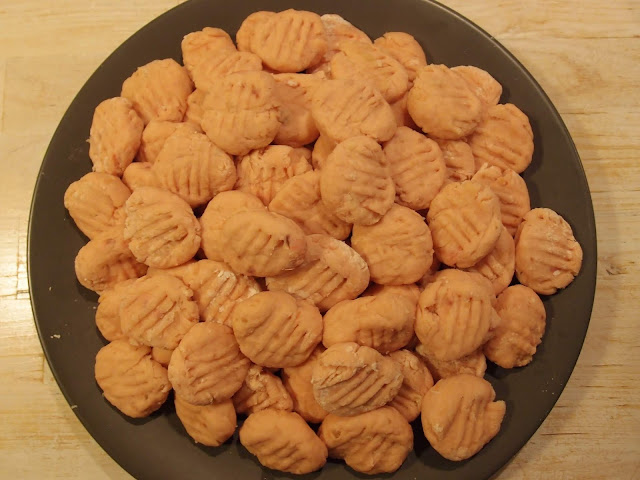 I additionally fried the gnocchi in vegan butter, but that's optional. I just prefer fried gnocchi to give it some more bite and colour.

Serve with the sides of your choice and enjoy! 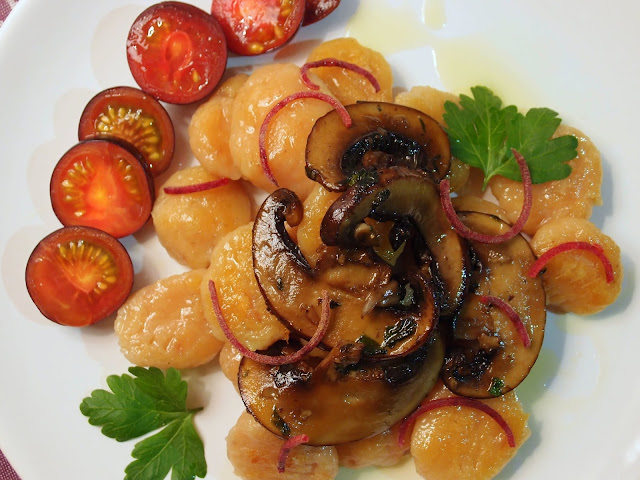 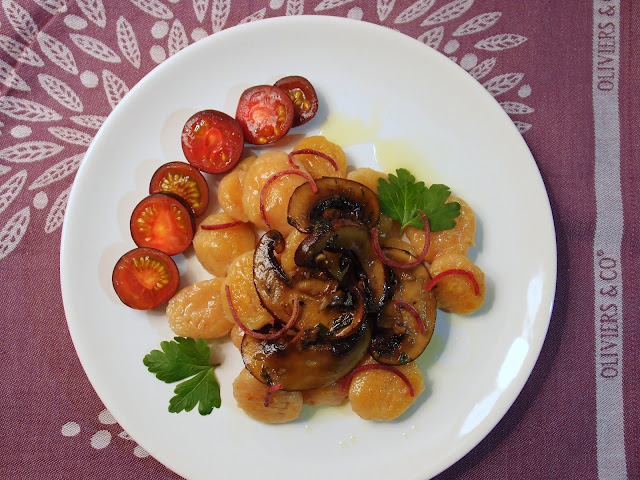