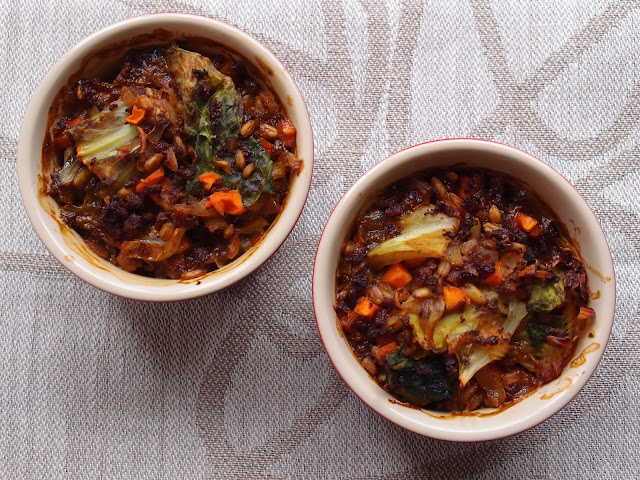 Here comes a good hearty and warming autumn dish. It's also quite economical one to make, which is always a plus. My mother taught me last year how to make traditional Finnish Kaalilaatikko, cabbage casserole, in its vegetarian version and I also blogged about it then. Now I cooked another version of the dish, which is vegan and contains also some carrots to have a bit more veggies in the dish. I really adore the tender pointed cabbages, which are perfect for such dishes. I also added some pearled spelt and soya mince, and the dish has a mix of savoury and sweet black treacle notes. The dish may not look so great, but I can assure you, it's tasty.

Cut the cabbage into generously sized pieces and cook them in water for a few minutes. Take off the heat and leave the cabbage in the water.

Chop the onion, garlic and carrots finely and cook them in a pan in oil until soft and lightly browned.

Cook the pearled spelt and dried soya mince in separate pots until done. You can add a little bit of vegetable stock powder to the cooking water.

Drain the cabbage, but keep the water.

Mix the ingredients and also add a few ladles of the cabbage cooking water. Season with salt, pepper and black treacle.

Put the mix into ramekins or an oven dish and sprinkle some black treacle on the top.

Bake the casserole in the oven at 180 C for about one hour.

During the baking, occasionally pour some of the cabbage cooking water onto the surface so that it doesn't fully dry out.

Serve with maybe some potatoes and salad on the side. 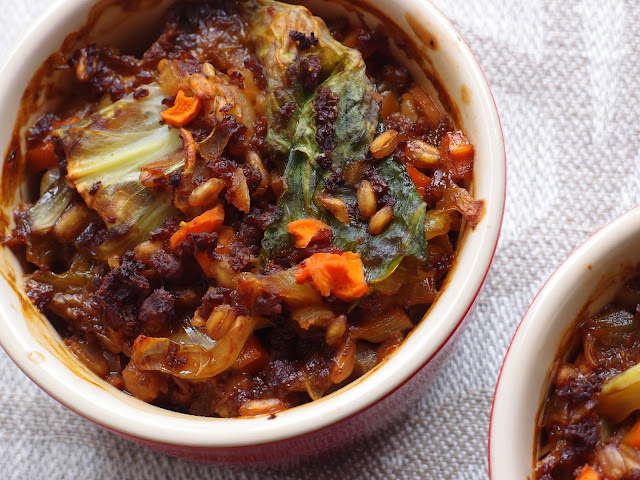 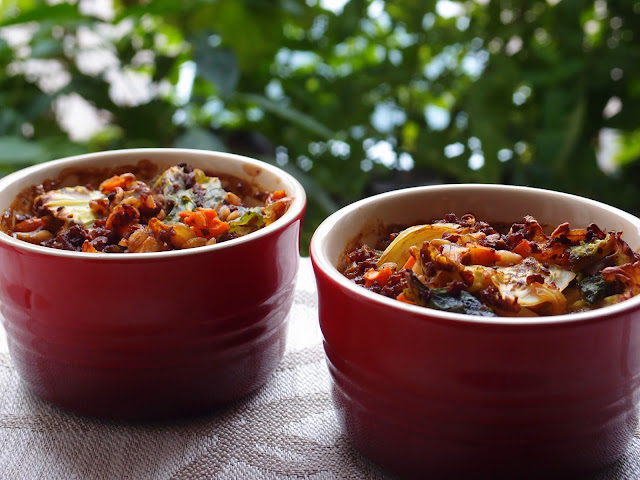