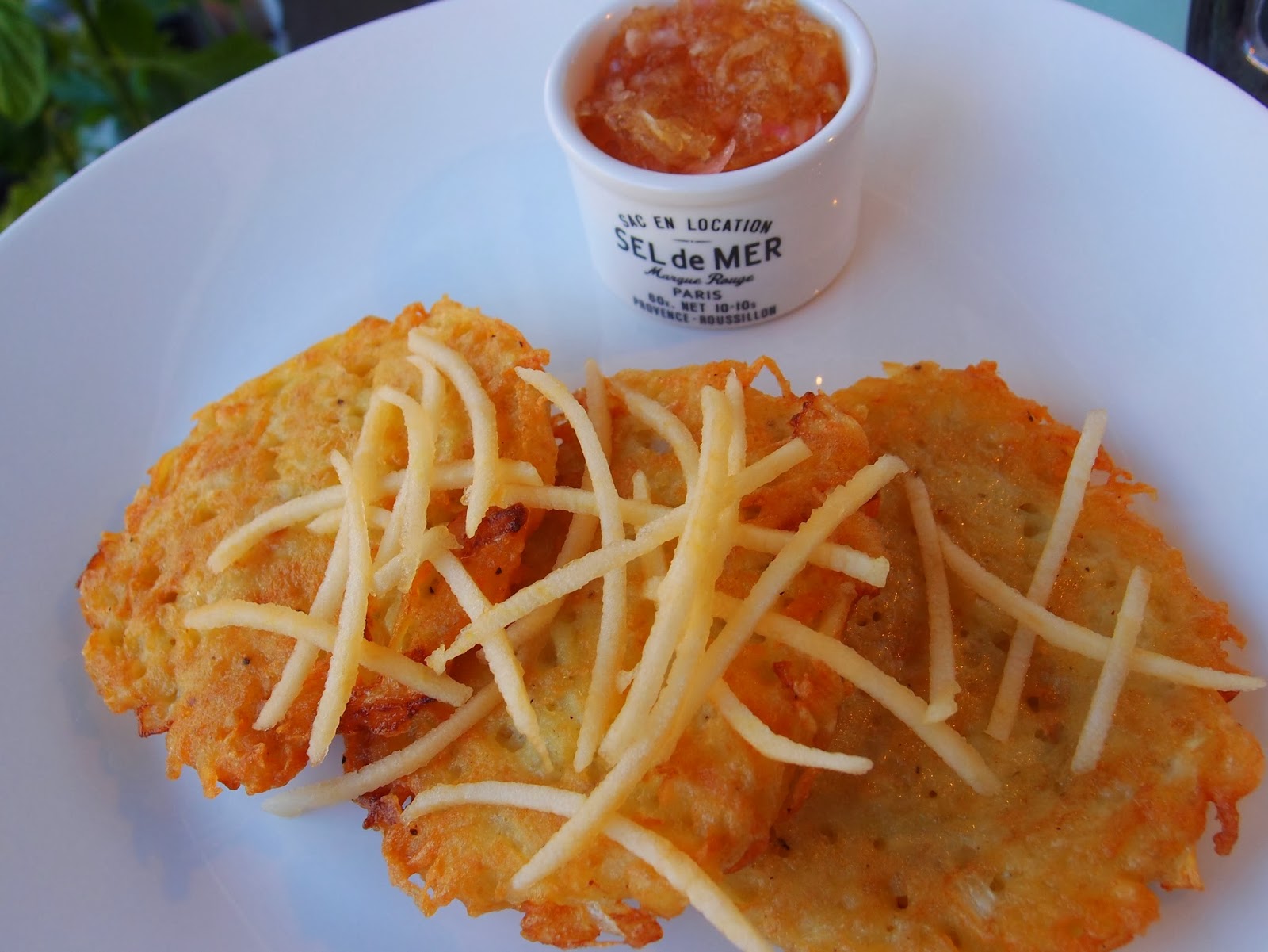 As you may already know The VegHog used to live in Germany and its kitchen has been somewhat influenced by some German dishes. German cuisine tends to be very meaty, but you can find rare vegetarian gems among the traditional food. One of those gems is Kartoffelpuffer, also called Reibekuchen, which are potato fritters made of grated potatoes. Kartoffelpuffer are offered at pretty much every German public outdoor event and it's indeed nice to get a vegetarian alternative offered.

I'm going to share my Kartoffelpuffer recipe with you today. I made my potato fritters fairly traditionally German, but added a British twist to the dish by serving them with apple chutney. Germans would eat their potato fritters with apple puree, but I wanted something more savoury and a British style chutney seemed to be the right choice.

Ingredients for the apple chutney: 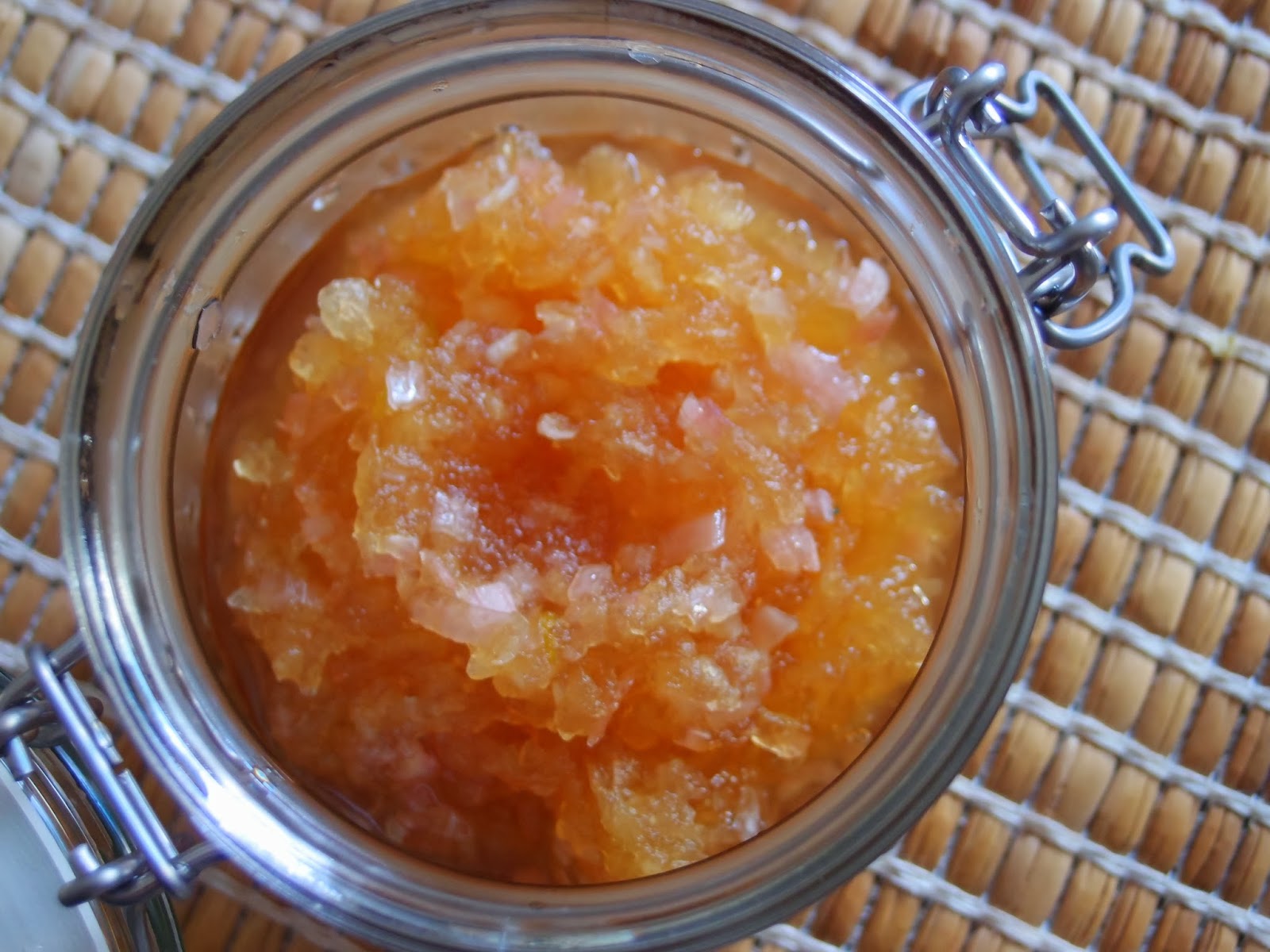 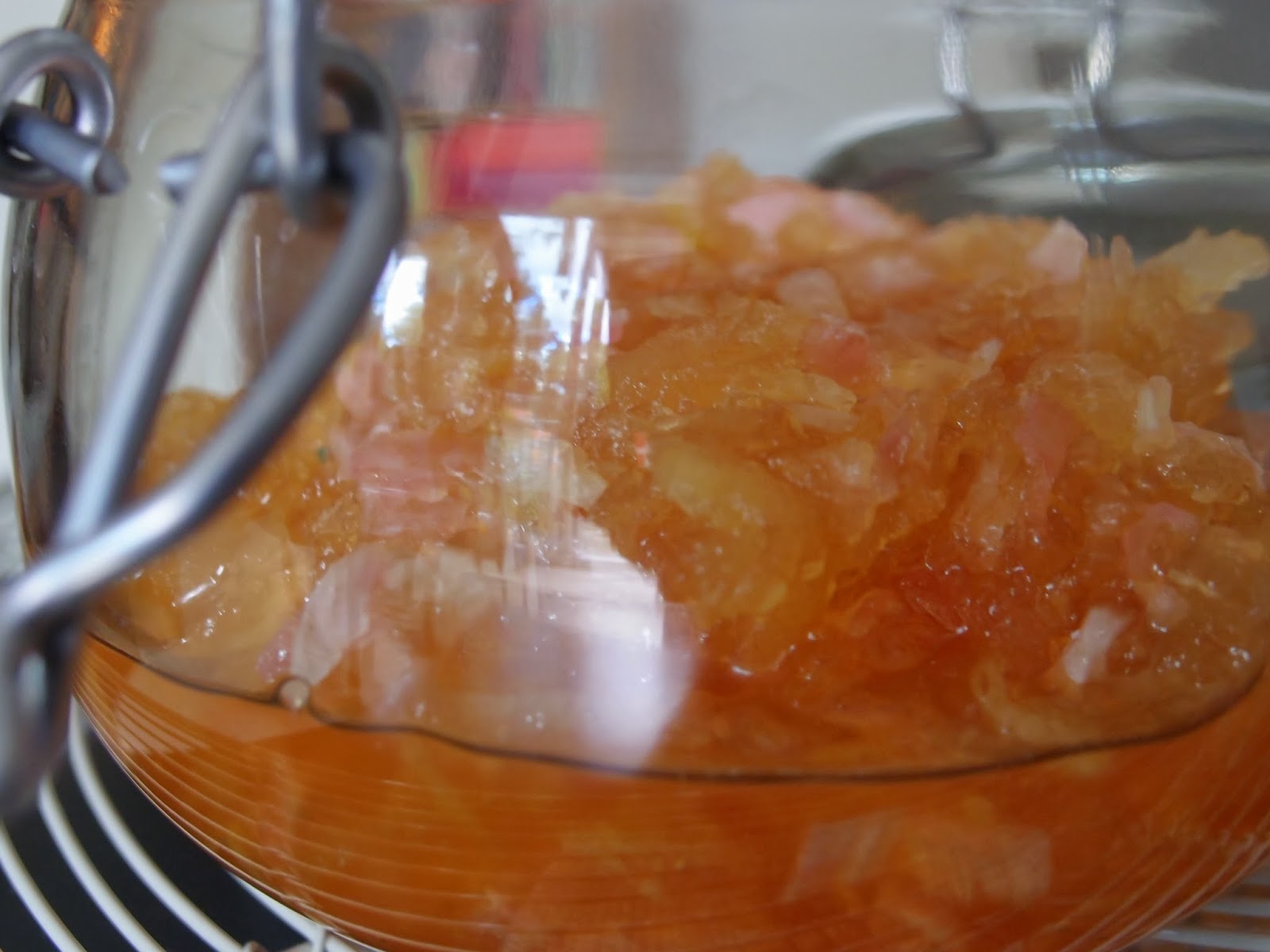 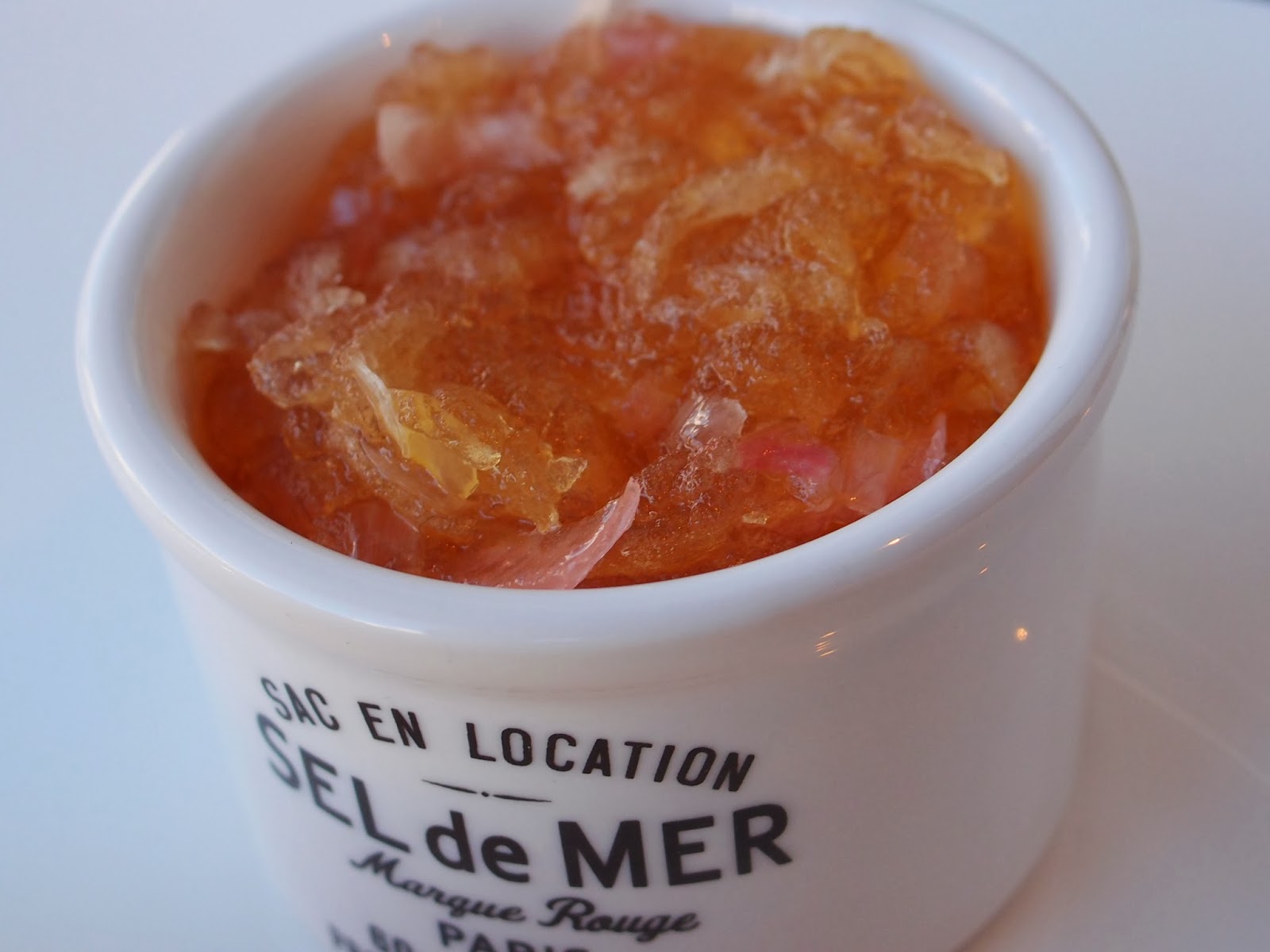 Let's start by making the chutney. This recipe doesn't make such a huge amount, but multiply the ingredients if you want to store some of this chutney for a later use. Grate the apples and chop the onion very finely. Heat the onion, grated apples, sugar, salt, vinegar and cider gently in the pan. Let it simmer at low heat for about 20-30 minutes until the consistency becomes sticky. If needed add more sugar or cider. Then let this chutney cool and make the fritters. 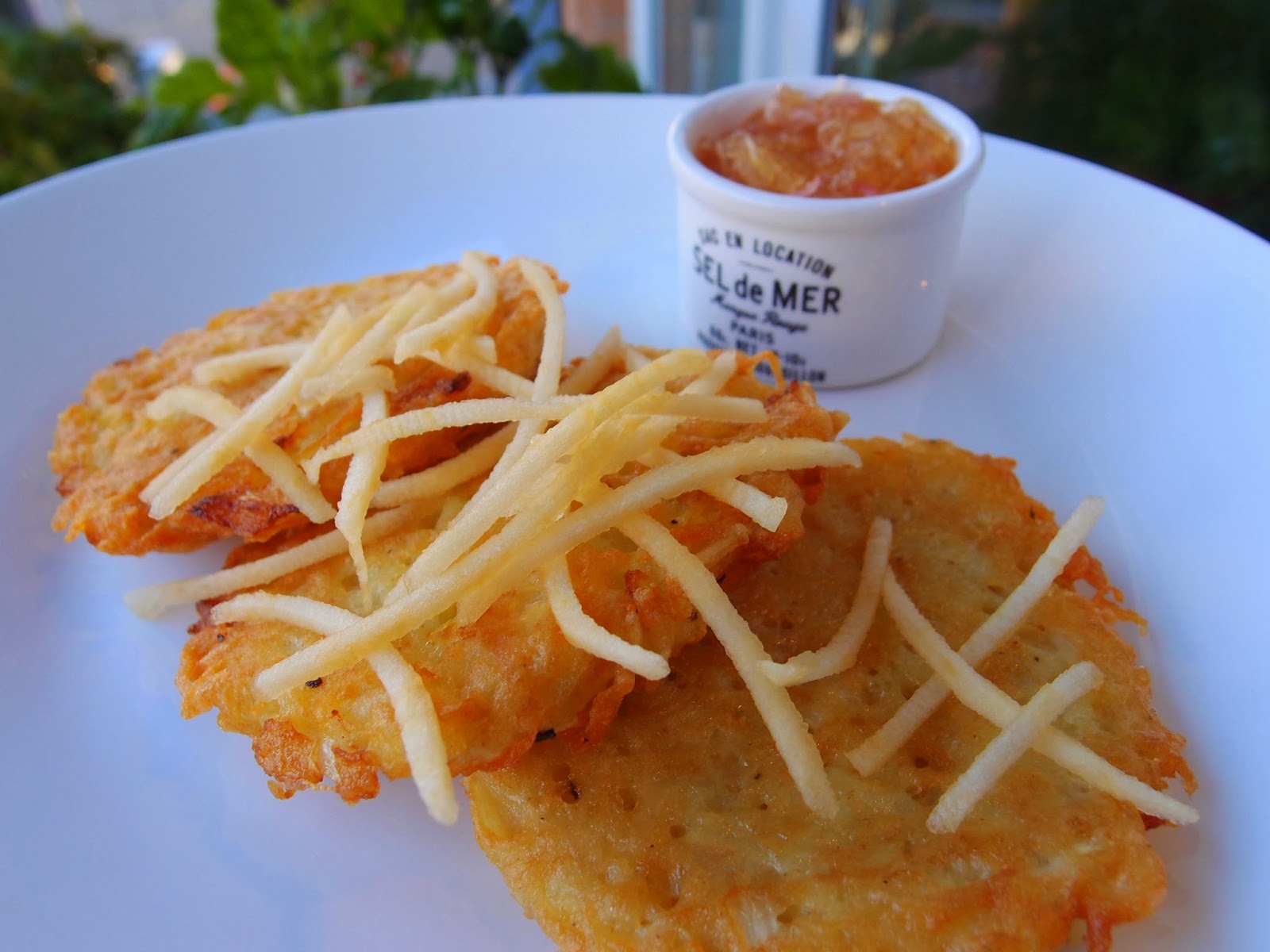 Ingredients for the potato fritters:

Grate the potatoes and chop the onion finely. You could also grate the onion if you have a good device for doing it. Dry the potatoes with a tea towel or kitchen roll in order to remove the excess fluid. Mix the potatoes and onion with the eggs and flour. Season the mix with salt, pepper and nutmeg. Add more flour if the mixture is too moist. The fritters should stick together nicely in the pan.

Heat vegetable oil in a pan and shape fritters of the potato mix. Normally Kartoffelpuffer tend to be quite large, but you can make smaller ones if you prefer. I would call mine medium size. Fry the fritters at moderate heat on both sides until they are golden brown and crispy outside and fully cooked inside.

Serve them with the apple chutney. For serving I also made a few fresh apple strings as decoration. 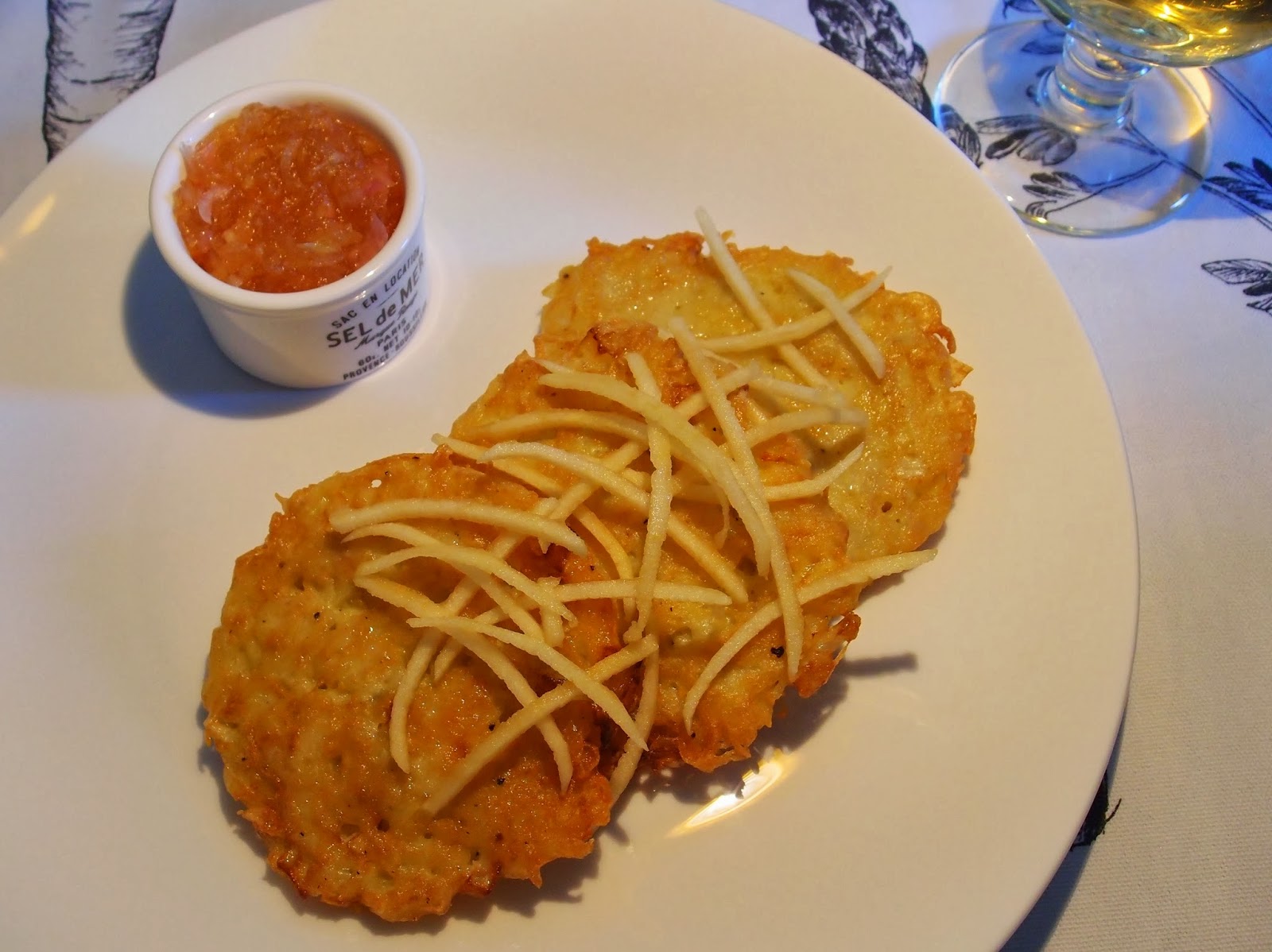 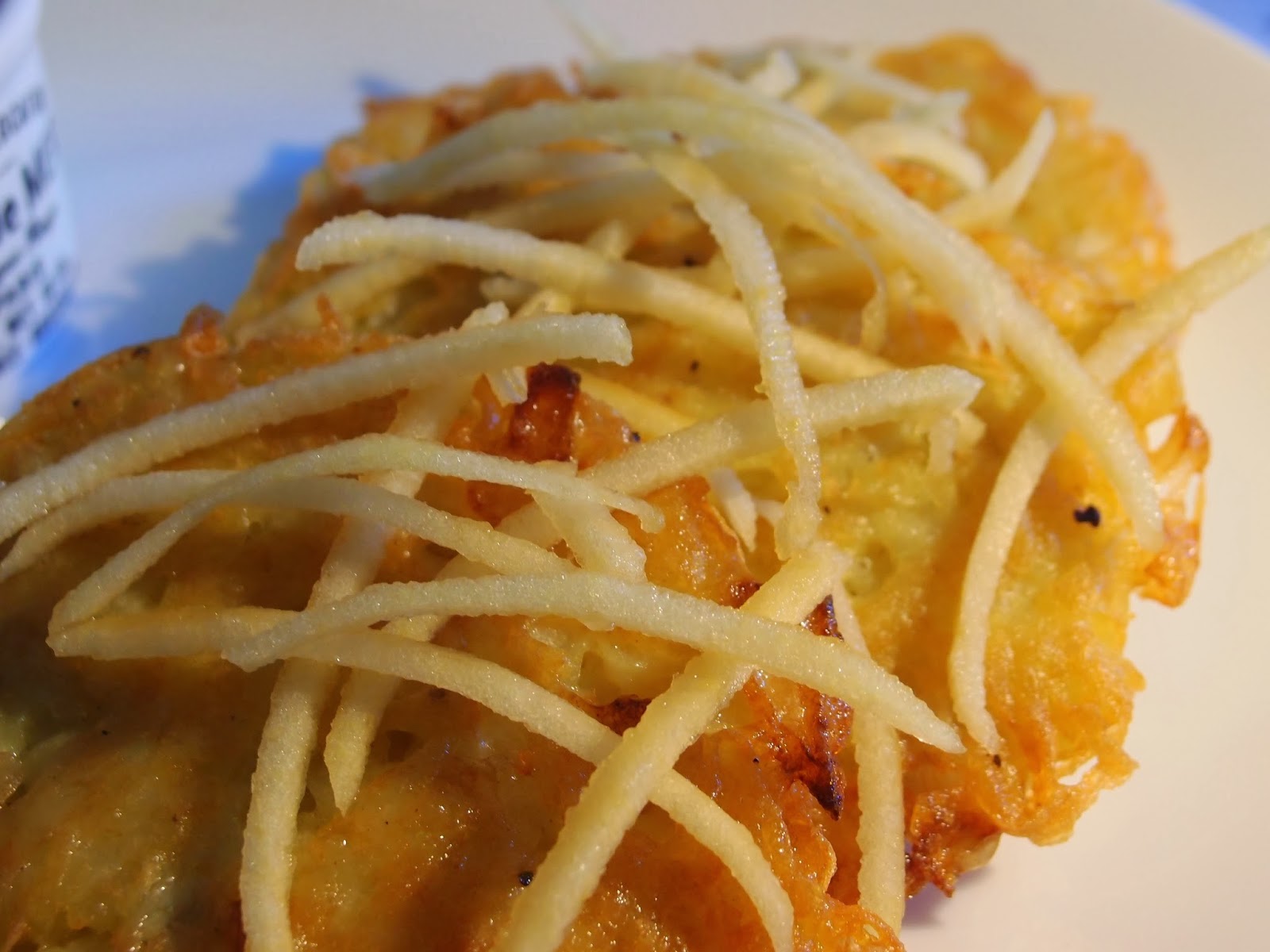 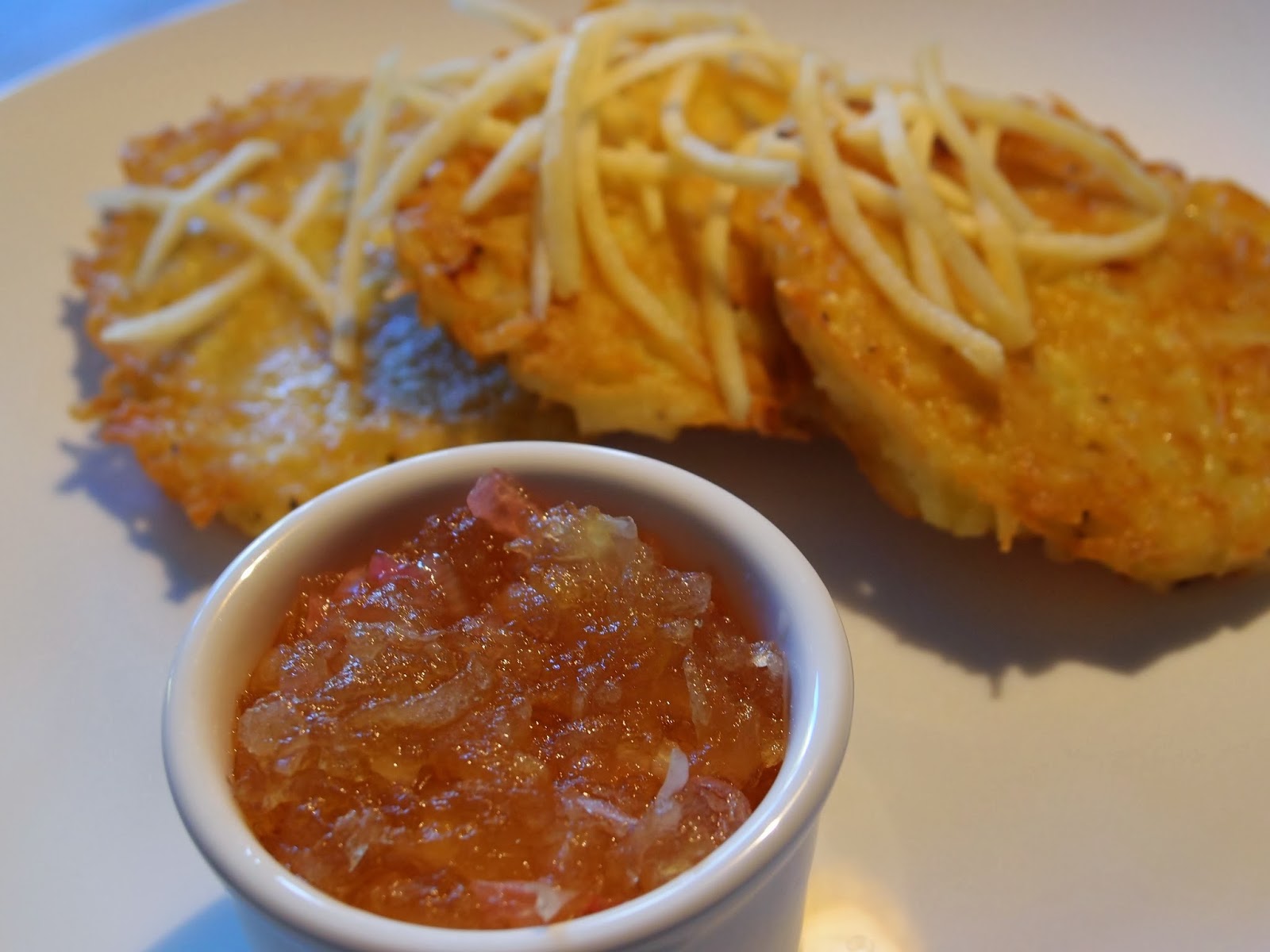