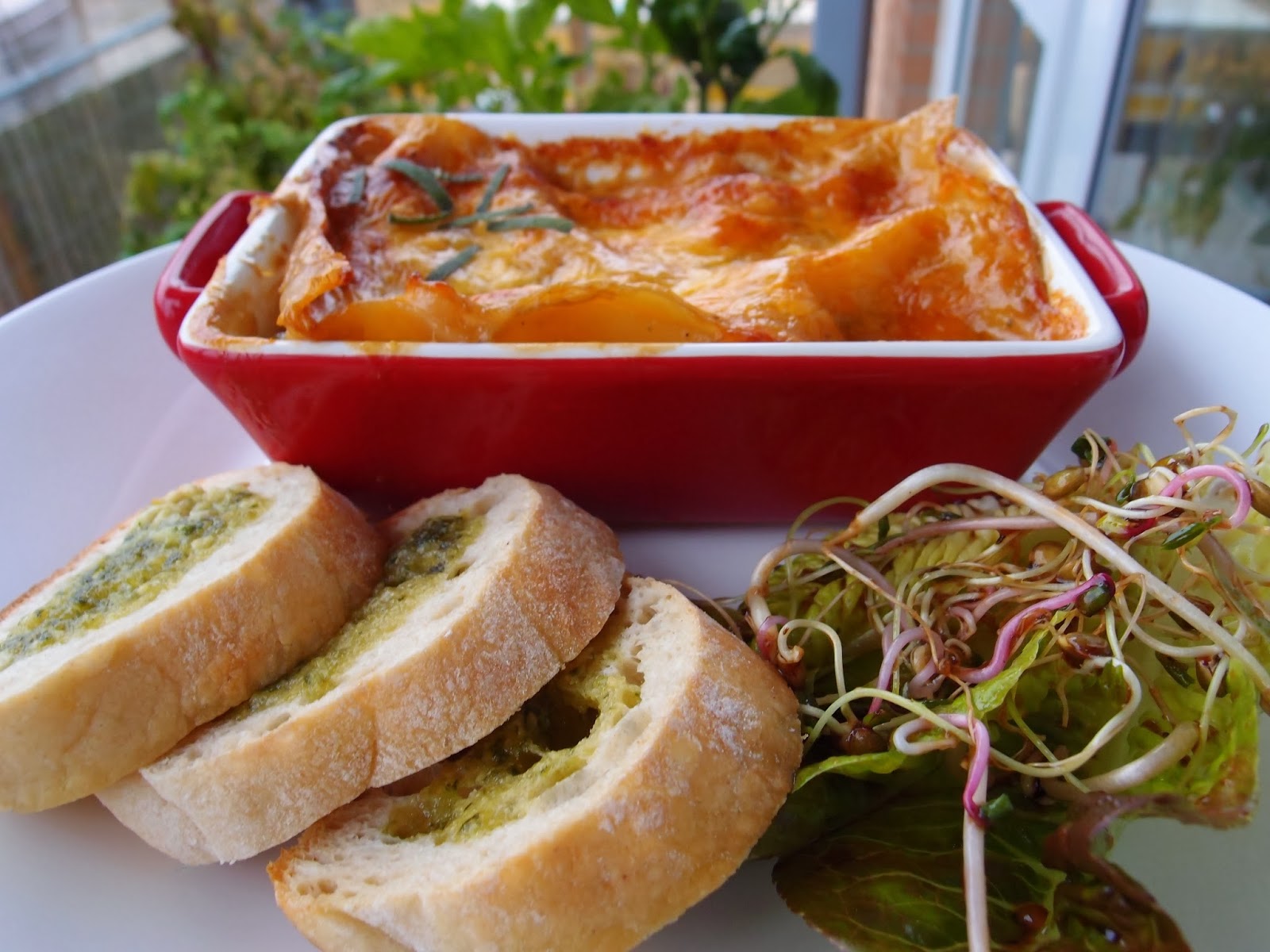 I wanted to make a different sort of vegetarian lasagne than usually and started planning for this dish. I normally make tomato sauce based lasagnes, but this one has garlic and mushroom infused cream as the sauce. I used vegan oat cream, which is quite light. However tomatoes are not fully missing in this recipe, but they play a much smaller role.

The main mushroom taste here comes from funnel chanterelles that are very intense in their taste. These are part of the batch that The VegHog's father has picked in Finland and dried. 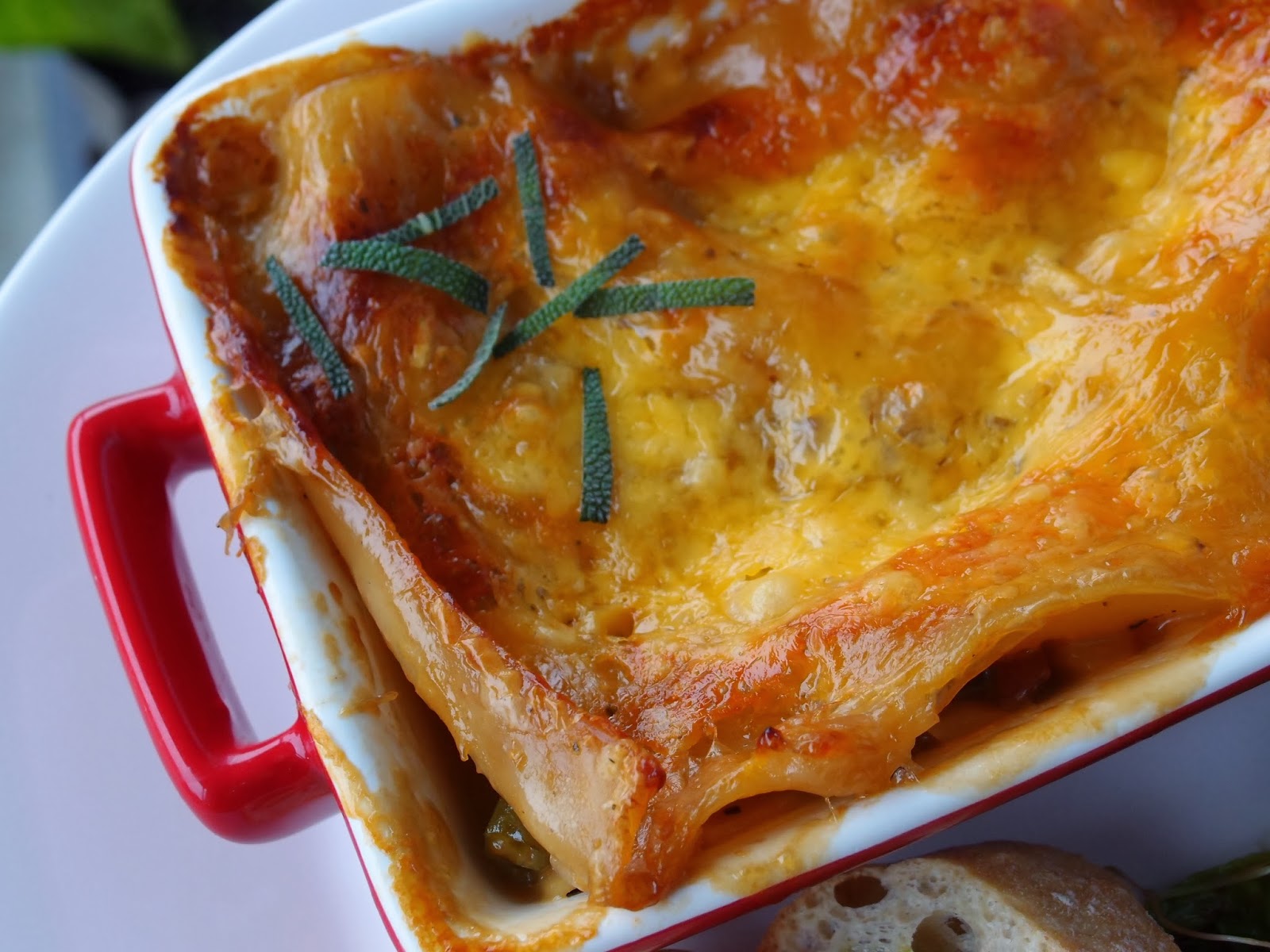 This recipe makes either one large dish lasagne or four small ones. Sometimes I quite like making small individual dishes.

First of all prepare the sauce. Soak the dried funnel chanterelles in water with vegetable stock powder for about 30 minutes. Drain the mushrooms, but also save the water.

Peel the tomatoes by making small cuts on them and dipping them into boiling water for a few seconds. Then it should be easy to remove the skins. Crush the skinned tomatoes.

Chop the shallots and lightly fry them in olive oil. Then add the chopped garlic and the funnel chanterelles and fry them also for a couple of minutes. Add the oat cream and let lightly simmer for about 30 minutes to infuse the cream. Add some of the mushroom soaking water for more intense mushroom taste. Later add the crushed tomatoes into the sauce and season it with salt, pepper and sage. 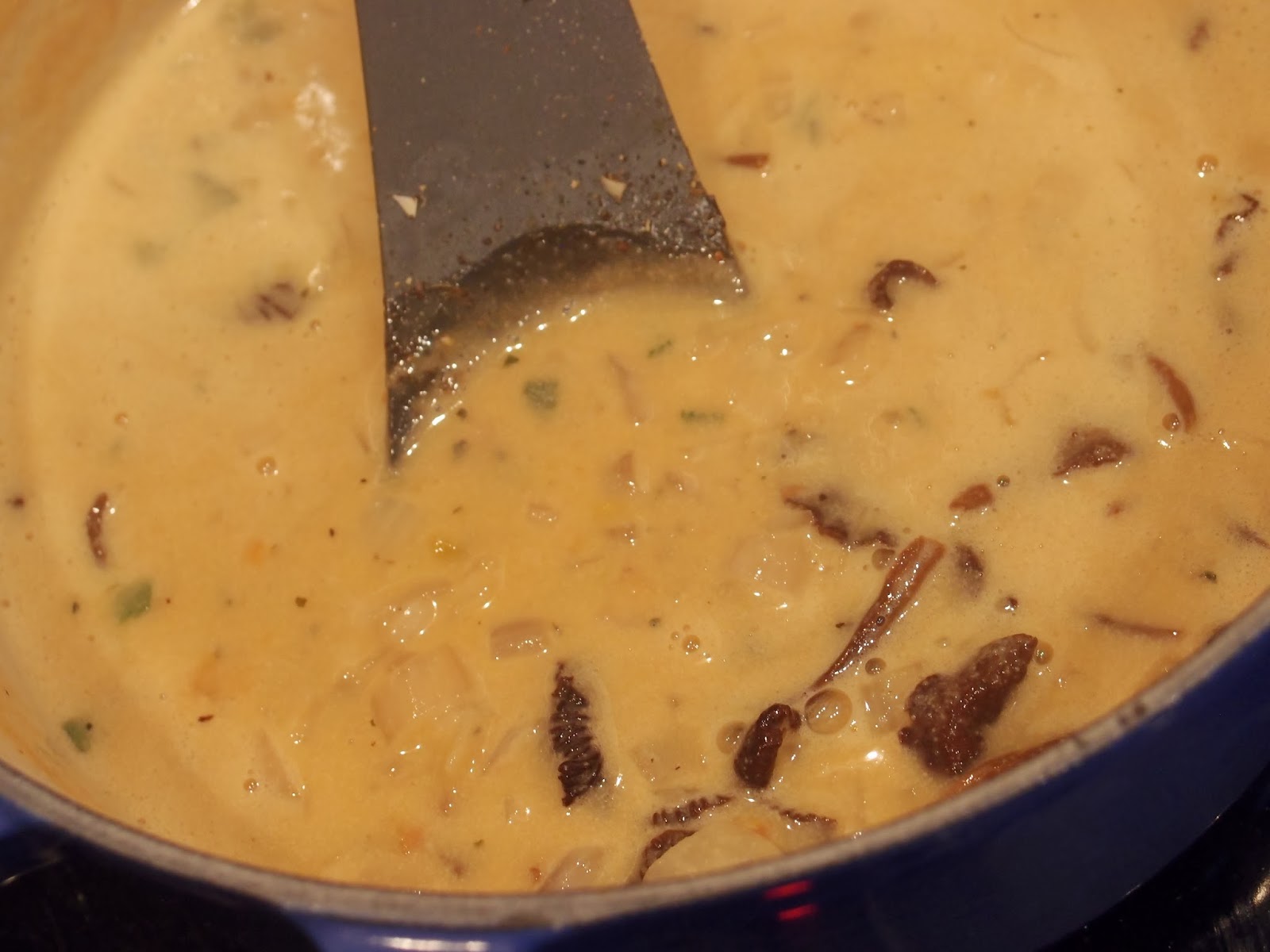 While the sauce is simmering cut the green beans into short pieces of couple of centimeters each and steam them for a few minutes until they are almost soft.

Chop the white cup mushrooms into slices and grate the cheese. Layer the mushrooms, green beans, cheese, lasagne sheets and the mushroom sauce into an oven dish on several layers. Cover the lasagne with grated cheese and bake it at 180C for about 45 minutes. 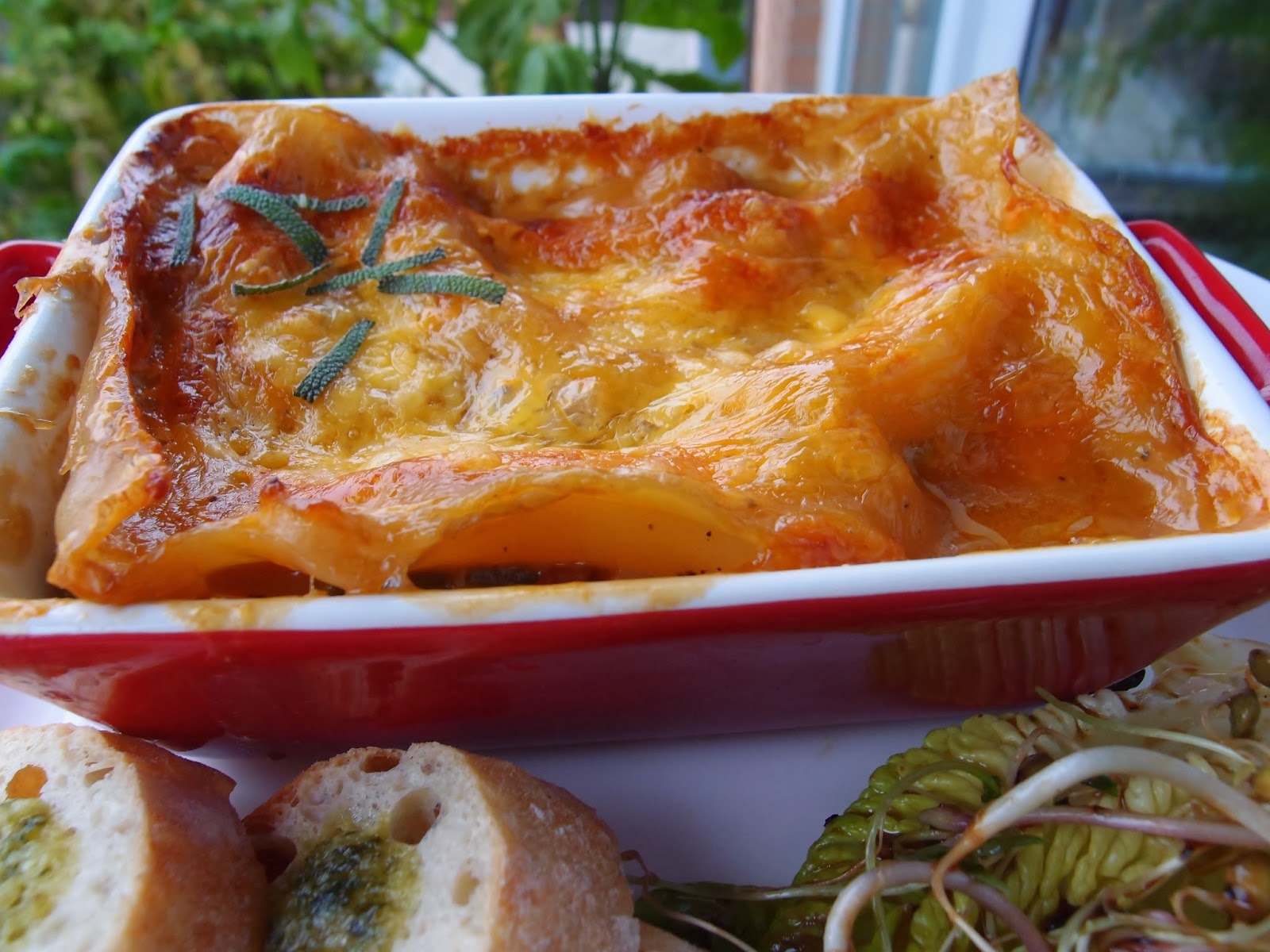 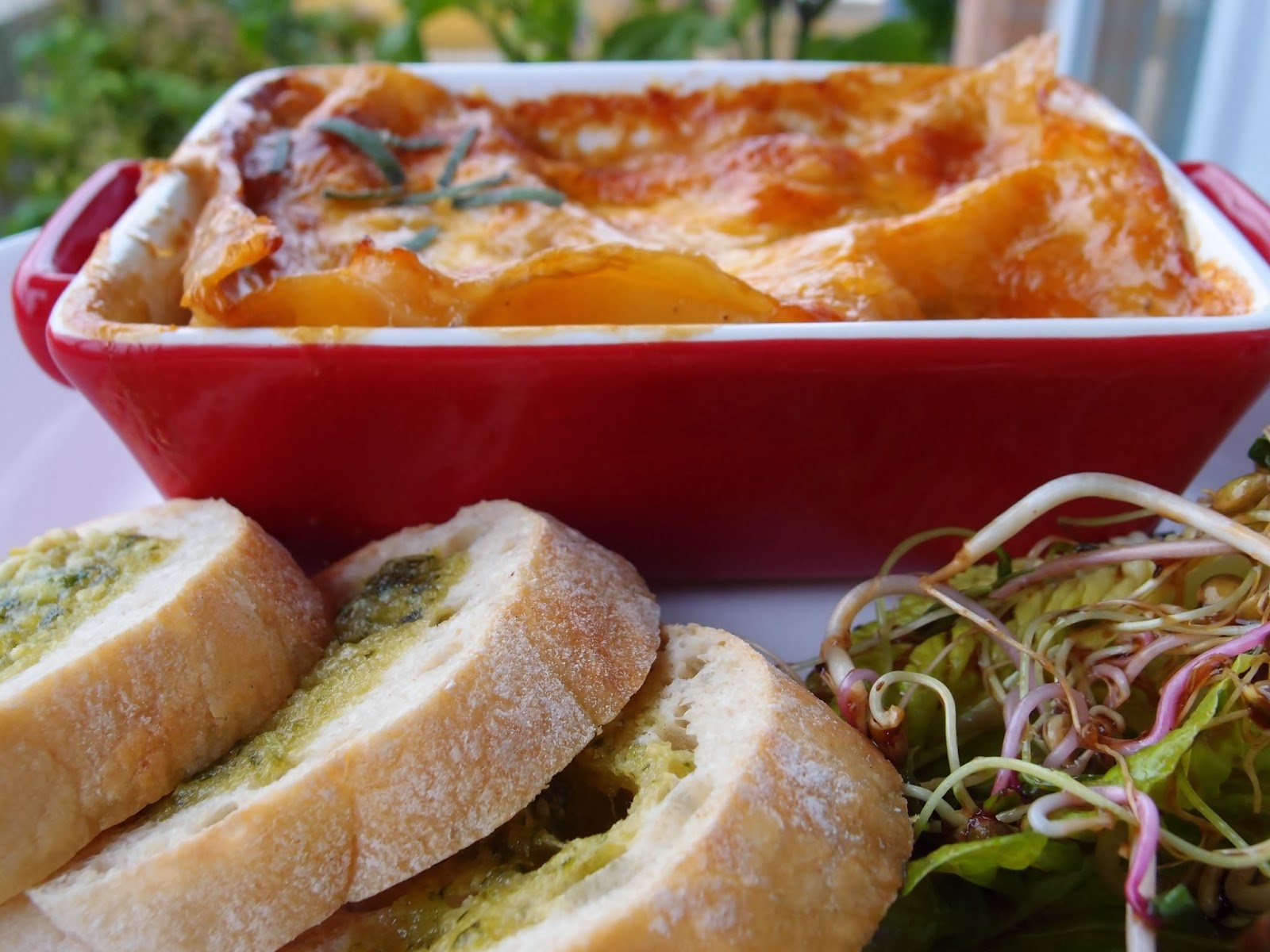 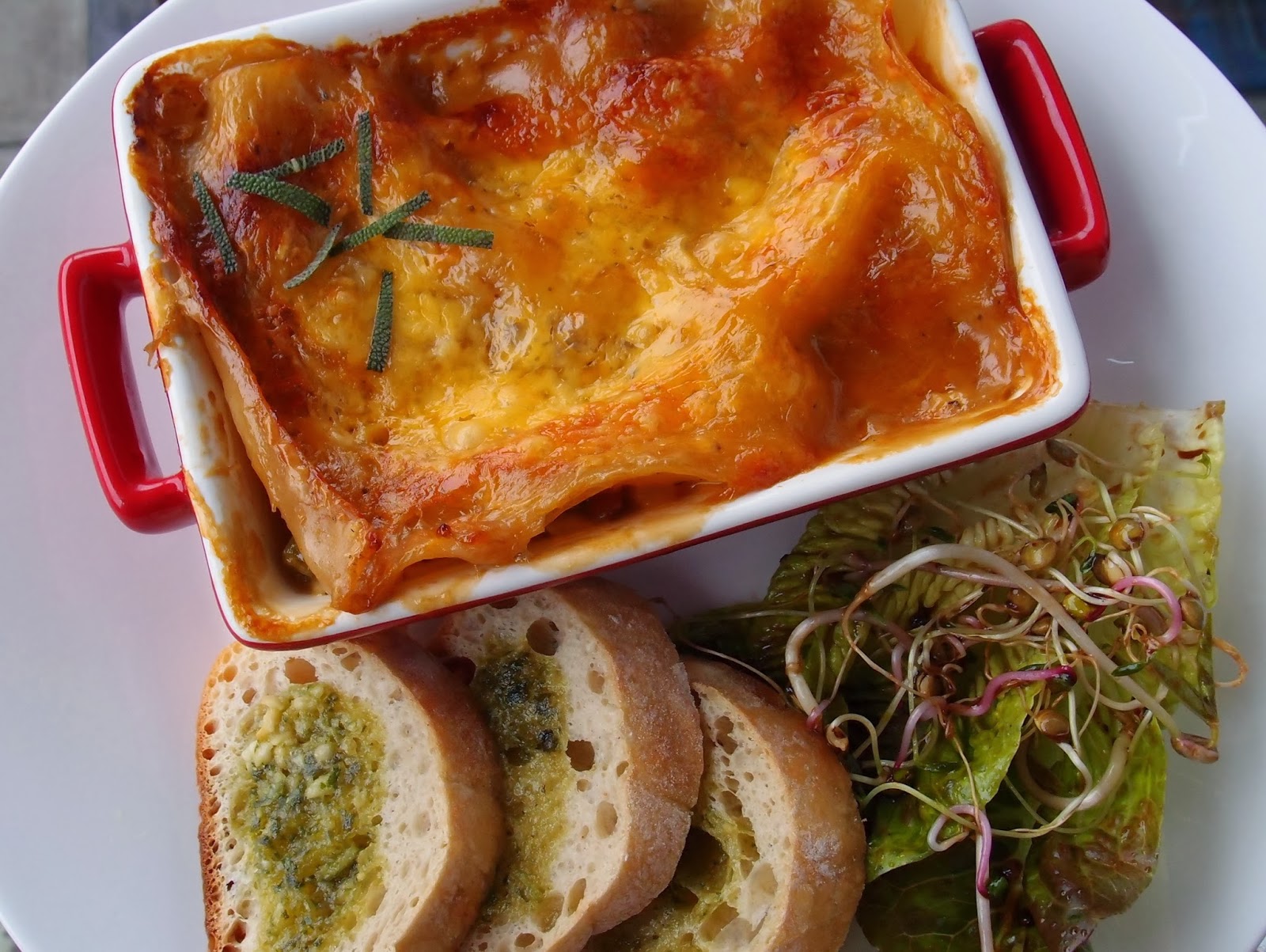 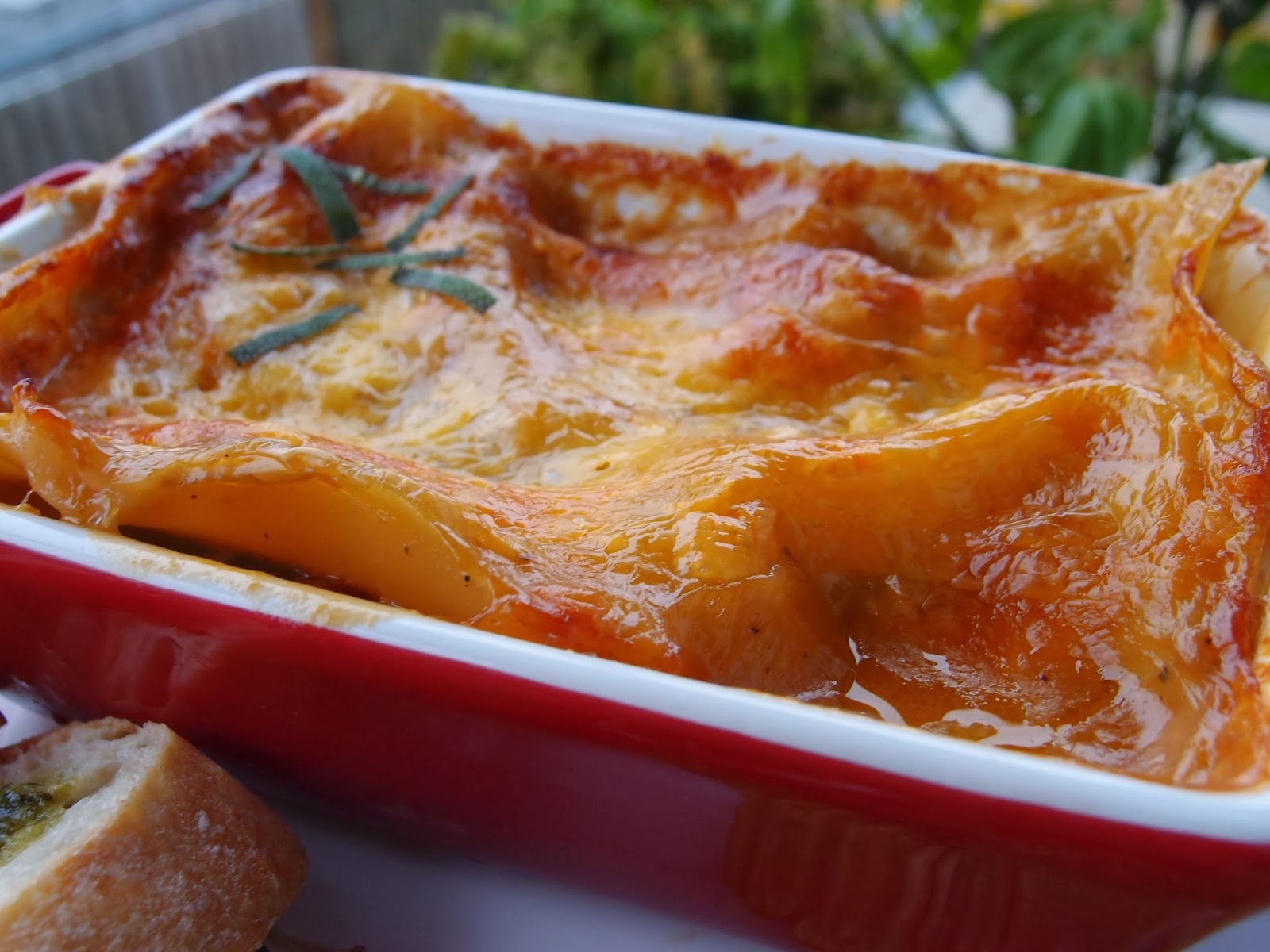 Serve the lasagne with a side salad and garlic and basil oil ciabatta. Make the ciabatta when your lasagne is almost baked. Cut a ciabatta bread into slices and spread a pureed garlic, basil and olive oil mix on them. Then bake until crispy. 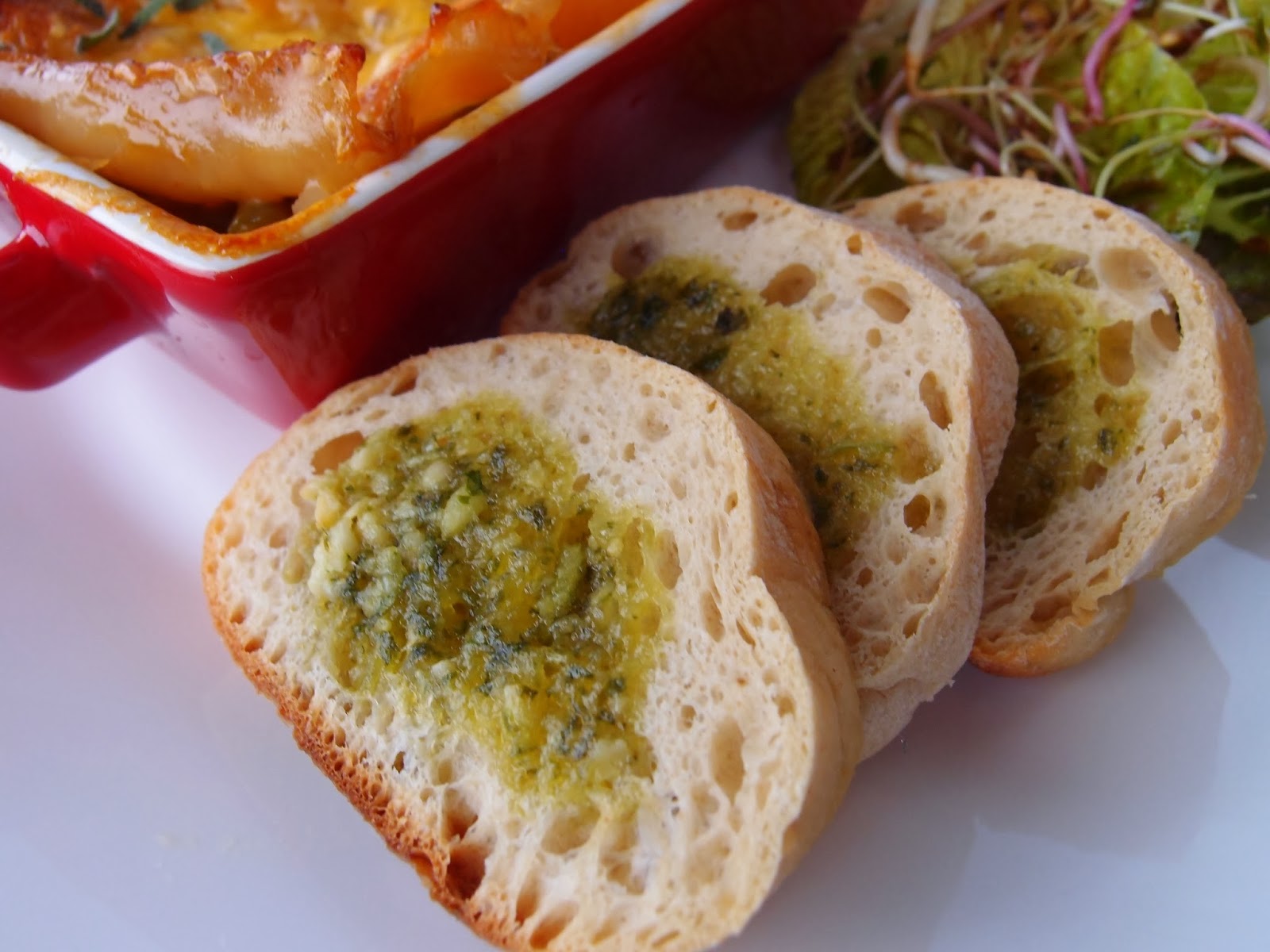