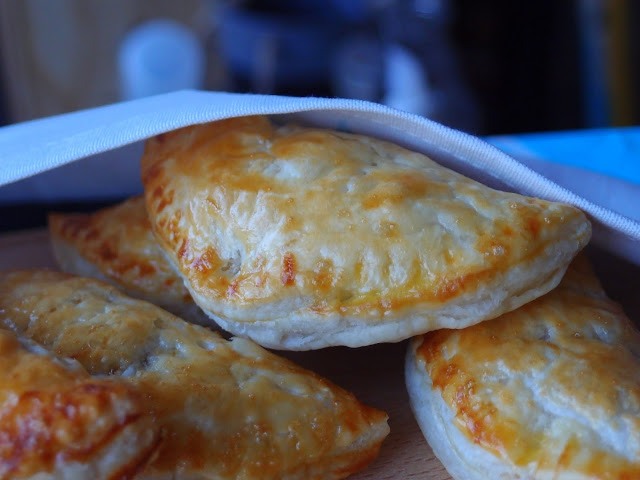 Lately I have been thinking more about my grandmother's tasty food again, or actually when wouldn't I think of her or her cooking. Now a sudden food memory from my childhood and youth came up, about small rice and mince pasties that were normally served as savoury canapées at parties and gatherings. It's possible that they were sometimes also made for just regular days. I of course wanted to create a vegetarian version of these pasties to briefly return back to the past. I started simple, but I hope that one day I can maybe get close to my grandmother's tasty creations. Here is one basic recipe how such vegetarian pasties can be made, but no doubt that I will be posting similar recipes again. 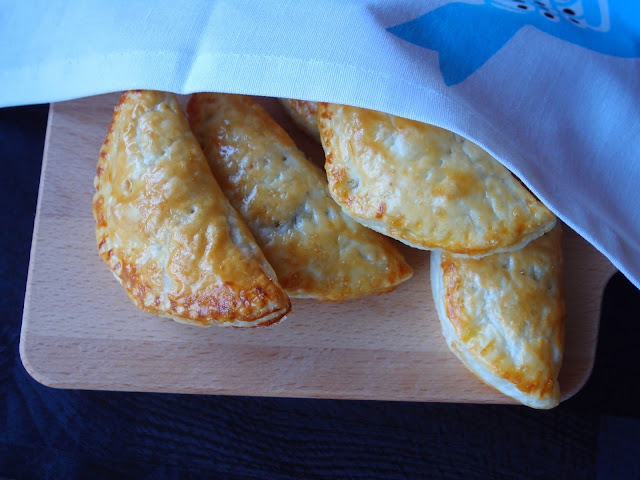 Cook the rice with the vegetable stock cube and prepare the dried soya mince according to the instructions on the packet.

Chop the shallot and garlic finely and start cooking them in olive oil. Add the soya mince to the pan and season.

Mix the rice into the soya mince mix and let it all cool down.

Roll out the puff pastry thinly and beat the egg. Cut small circles or triangles from the pastry and fill the other half of each with the soya and rice mix.

Bake at 180C for about 15 minutes until the pasties are golden brown.

Enjoy warm, or they are good even cooled down later.