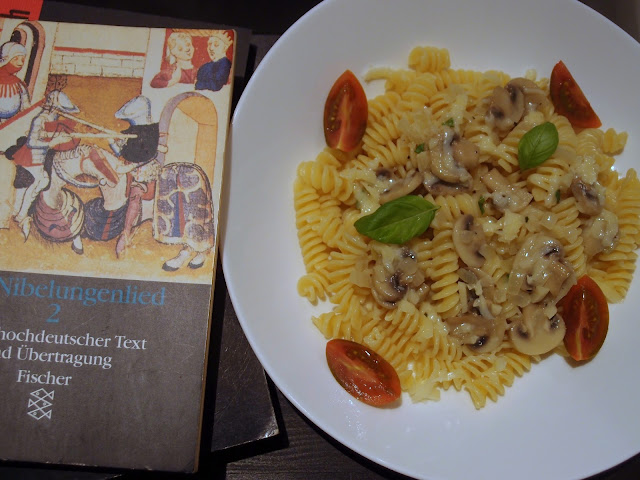 Obviously my money saving theme week made me think of times when I had tighter budgets and what I was eating then, so I wanted to contribute one of my student time favourite dishes to The VegHog's Cheap Eats Week. What would be better than sharing a short recap with you how my culinary life used to be back then and also hearing if you have any nice student time recipes to share!

When I first moved from home at 19 in order to live and study in another country and a city that I didn't know before, I wasn't the greatest cook. My mum and grandmother had been spoiling me too much with their lovely cooking, so I had only occasionally made some basic dishes like homemade pizza. I started finding more interest in cooking when I became a vegetarian as a teenager, but I didn't make great experiments back then. My cooking was more about just leaving the meat out, unless I tried some more experimental recipes from various cookbooks or magazines.

This kind of creamy mushroom sauce with pasta that I cooked now was basically my go to dish as a student. I loved creamy sauces back then and found that they went particularly well with pasta. I normally just added an onion and a vegetable of my choice, of which mushrooms stayed my favourite, and simmered them with cream to make a sauce. I seasoned the sauce quite discreetly with salt and pepper and very rarely some herbs. It was a cheap and filling dish to make, also fairly quick, so it was perfect for a busy student. To my horror I have to say that I quite often even used tinned mushrooms... not the greatest I would say now, but cheap nevertheless. 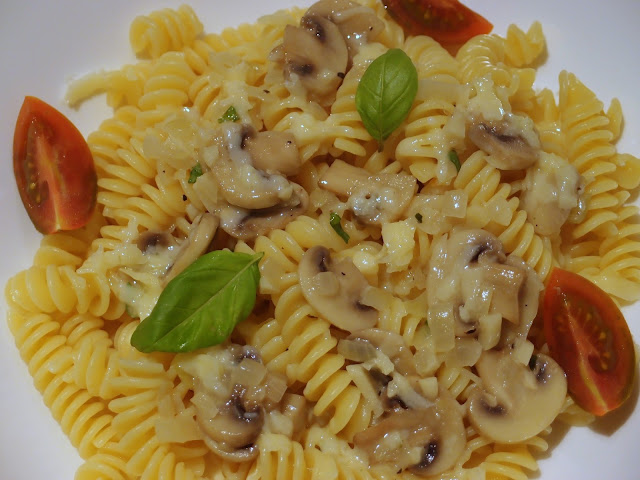 Sometimes I still get cravings for such a sauce and pasta and then nothing can stop me. This is today's variation from my student time favourite, perhaps a little more refined. Certainly back then I only very rarely used fresh herbs and the cream was dairy and not oat cream, also the pasta was the cheapest variation.

Slice the mushrooms and chop the onion and garlic finely.

Start cooking the onion and garlic in olive oil and after a while add the mushroom slices. Cook until excess liquid has left the mushrooms and they are lightly browned.

Add the oat cream and let simmer at low to medium heat until the cream has been infused with lovely mushroom, onion and garlic flavours.

Season and let simmer some more.

Cook the pasta and serve it with the sauce and some grated cheese. 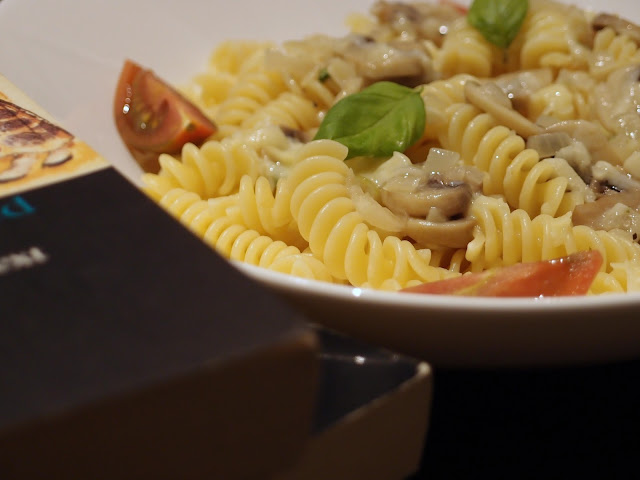 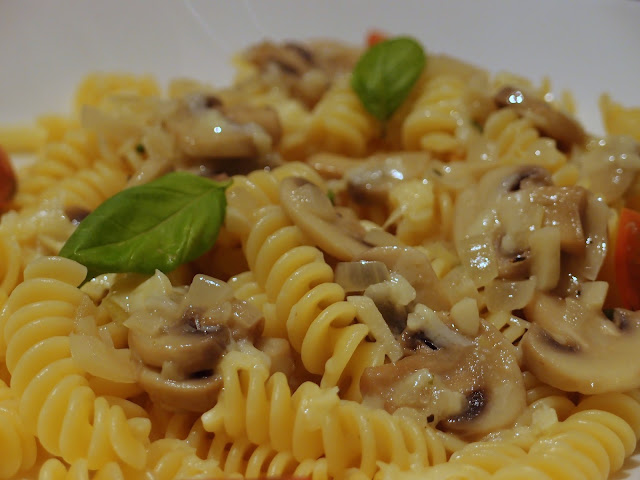 What do you think of this dish? And please also note on some of the photos a few original books from my study time, Nibelungenlied in Middle High German with High German translation. That's some of the best stuff in the whole wide world and I miss studying those books so much! 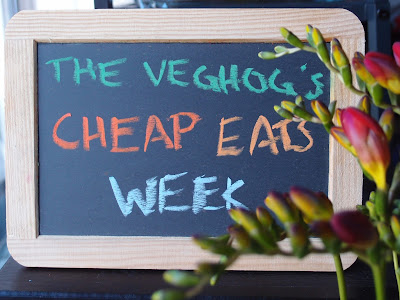