We held a small event in our shared courtyard yesterday, and invited our neighbours to come over to try some Finnish food. This was all because I saw on Friday that there was going to be a worldwide cooking event to celebrate Finland's approaching 100 years of independence by offering Finnish food to your friends and neighbours where ever you are. The independence day itself is on the 6th December, and last weekend it was 100 days until that day. The theme was "Dinner under the Finnish sky", and we actually got lucky and had a blue and white sky. 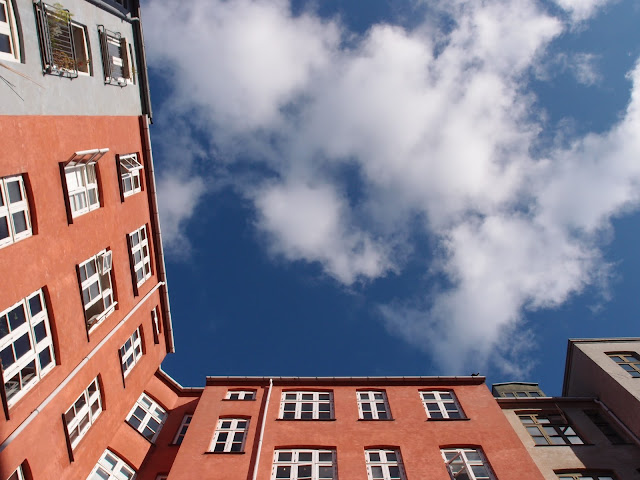 It was a bit of a short notice hearing about this two days before cooking, so I decided to keep it simple, and make just a couple of small snacks. I also made my own leaflets inviting the neighbours to the event. 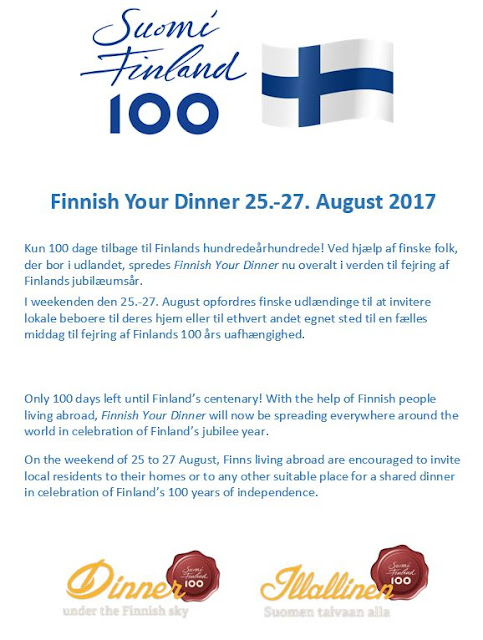 I made three dishes for our Finnish Your Dinner event:

- Finnish potato pies, a dish that I've already shared here on several occassions. You can find the recipe here.

- Chanterelle tart, of course I had to use seasonal mushrooms, which are very popular to be used in Finland in this season.

- Kropsu, a thick oven pancake from my region, served with fresh blueberries and raspberries. I've also posted a Kropsu recipe before, which you can find here.

There was also of course homemade salty liquorice vodka accompanied by melancholic Finnish rock music to make the right atmosphere. 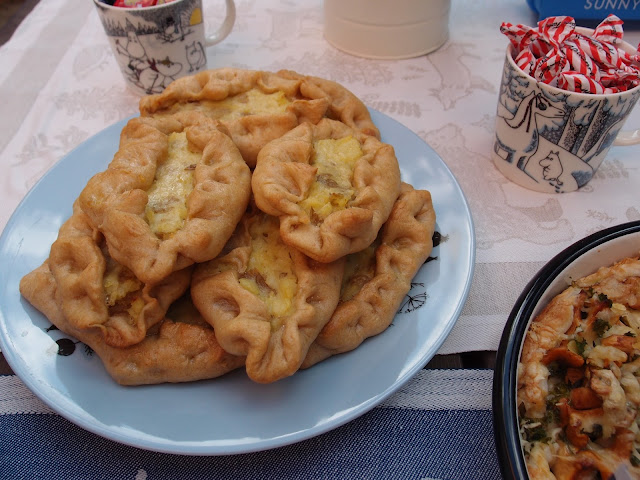 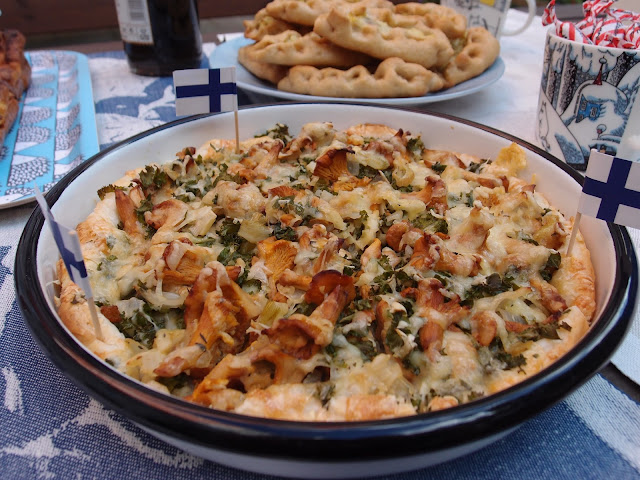 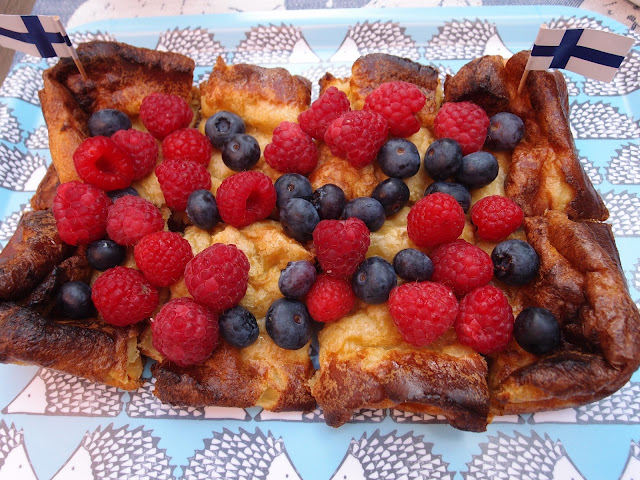 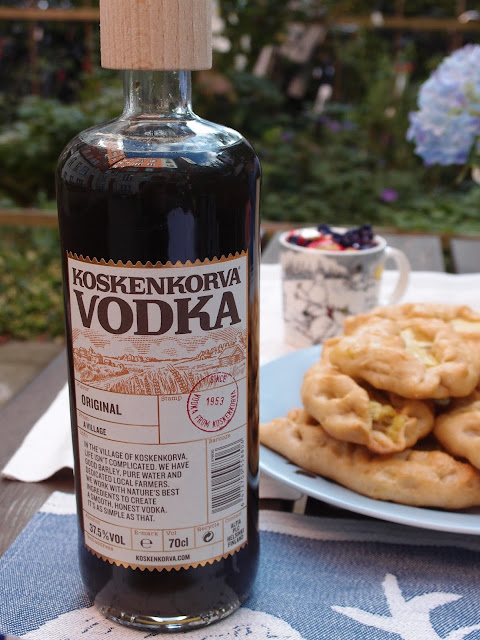 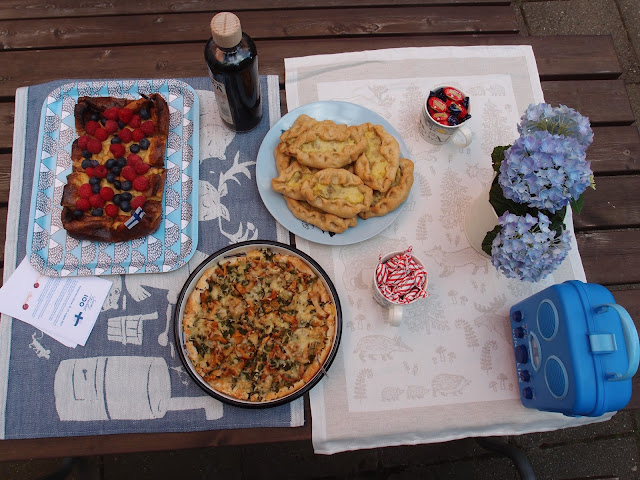 It was all very rustic and homely, just like Finland is. It was also nice to get to know some neighbours with this weird excuse. I was afraid that people would now think that I'm a bit odd, which is actually quite accurate in the end, so it doesn't really matter. Sometimes it's good to try to be social. I find Danish people very friendly and talkative in general, so it's nice to have small gatherings over here.

Have a nice week everyone!