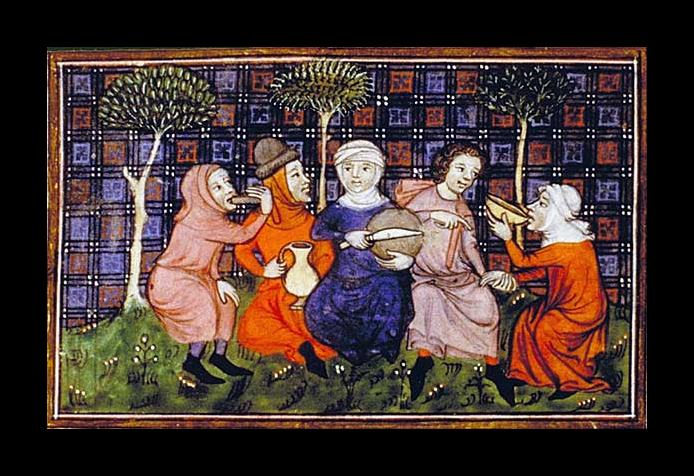 The VegHog is somewhat of an enthusiast for medieval times, so therefore it decided to try out some medieval vegetarian recipes and bring them straight to the 21st Century.

This first attempt to go medieval is an English mushroom broth from the 14th Century. It is described in the Forme of Cury (”Forms of cooking”), a medieval English cookery book compiled about 1390 written by the Master Cooks of King Richard II and edited by Samuel Pegge in 1791. It contains about 205 recipes, most of them not vegetarian.

I chose a simple sounding recipe ”Funges” (mushrooms) and tried to modernise it slightly but still stick to the medieval guidelines, and of course mushrooms always sound tempting to The VegHog. 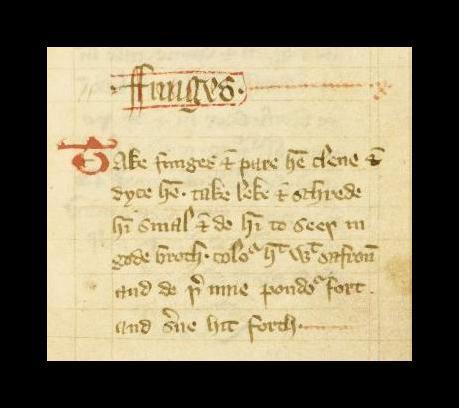 Take Funges and pare hem clere and dyce hem. take leke and shred him smal and do him to seeþ in gode broth. color yt with safron and do þer inne pouder fort.”

This is late Middle English and means something like peel and dice the mushrooms. Shred leek small and cook it in a broth. Colour it with saffron and add the spices.

Powder fort is a medieval spice combination and its contents vary. I tried to create my own spicy powder fort.

Here are my ingredients: 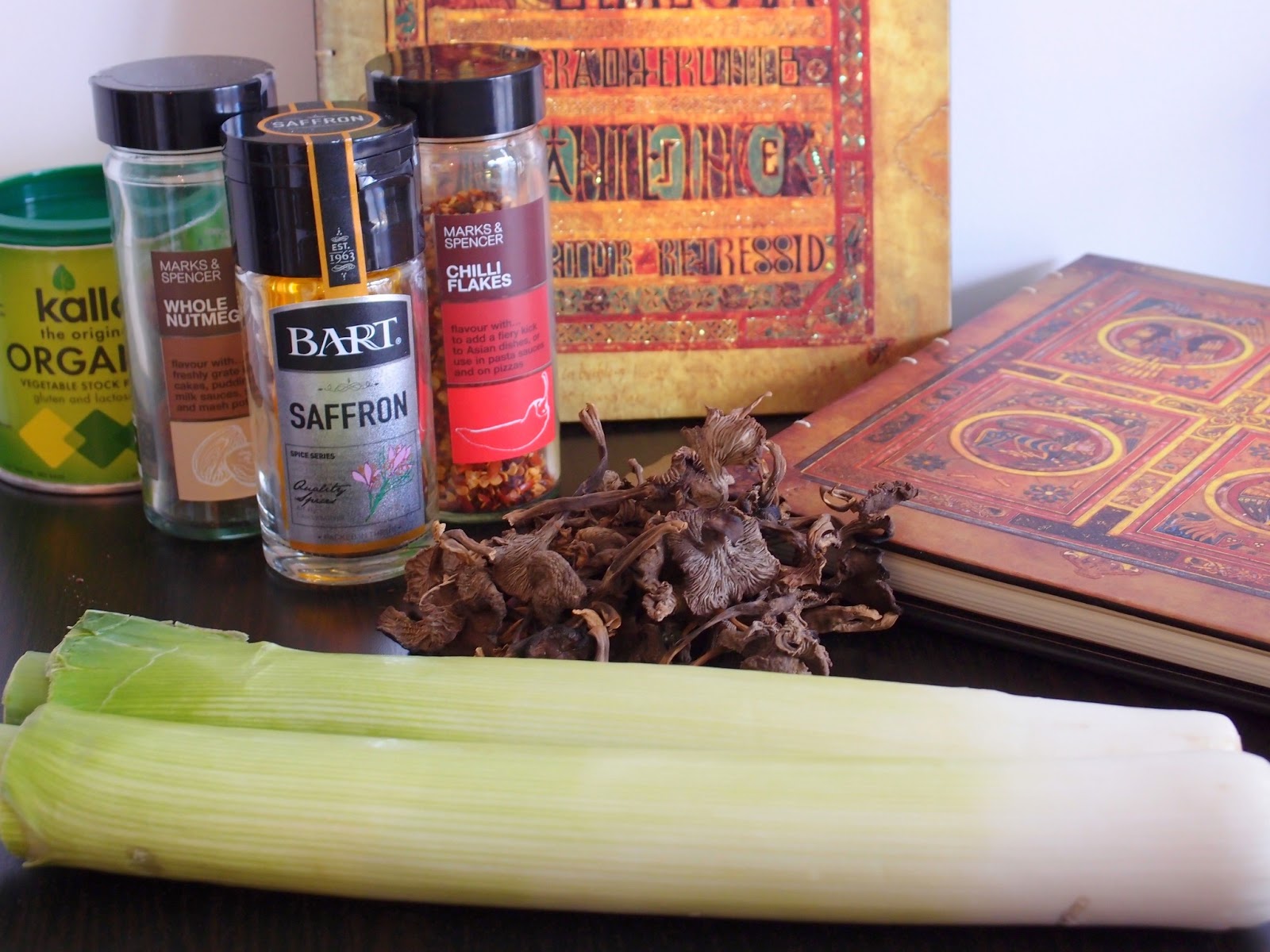 This is what I did:

I thought that dried funnel chanterelles gathered in the Finnish forests would have the right rustic feel for this dish. Buying perfect supermarket mushrooms wouldn't have felt right for a medieval dish. So I crushed those mushrooms a little bit smaller and didn't soak them in beforehand this time. Then I just chopped the leeks into small slices.

I brought vegetable stock to the boil and added the mushrooms, leeks and the bay leaves. I'm assuming a medieval cook would have used a meaty stock but of course I used vegetable stock. 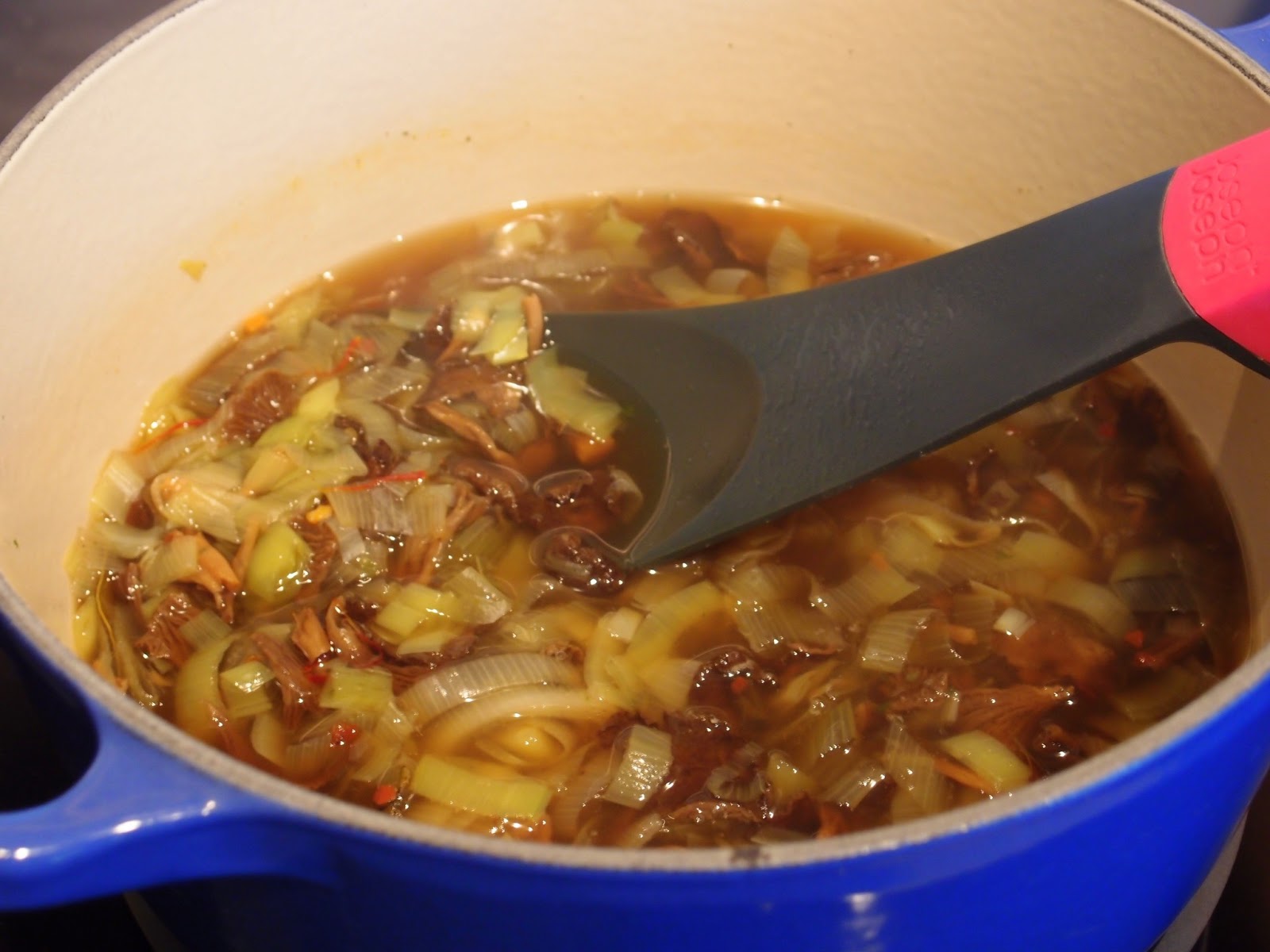 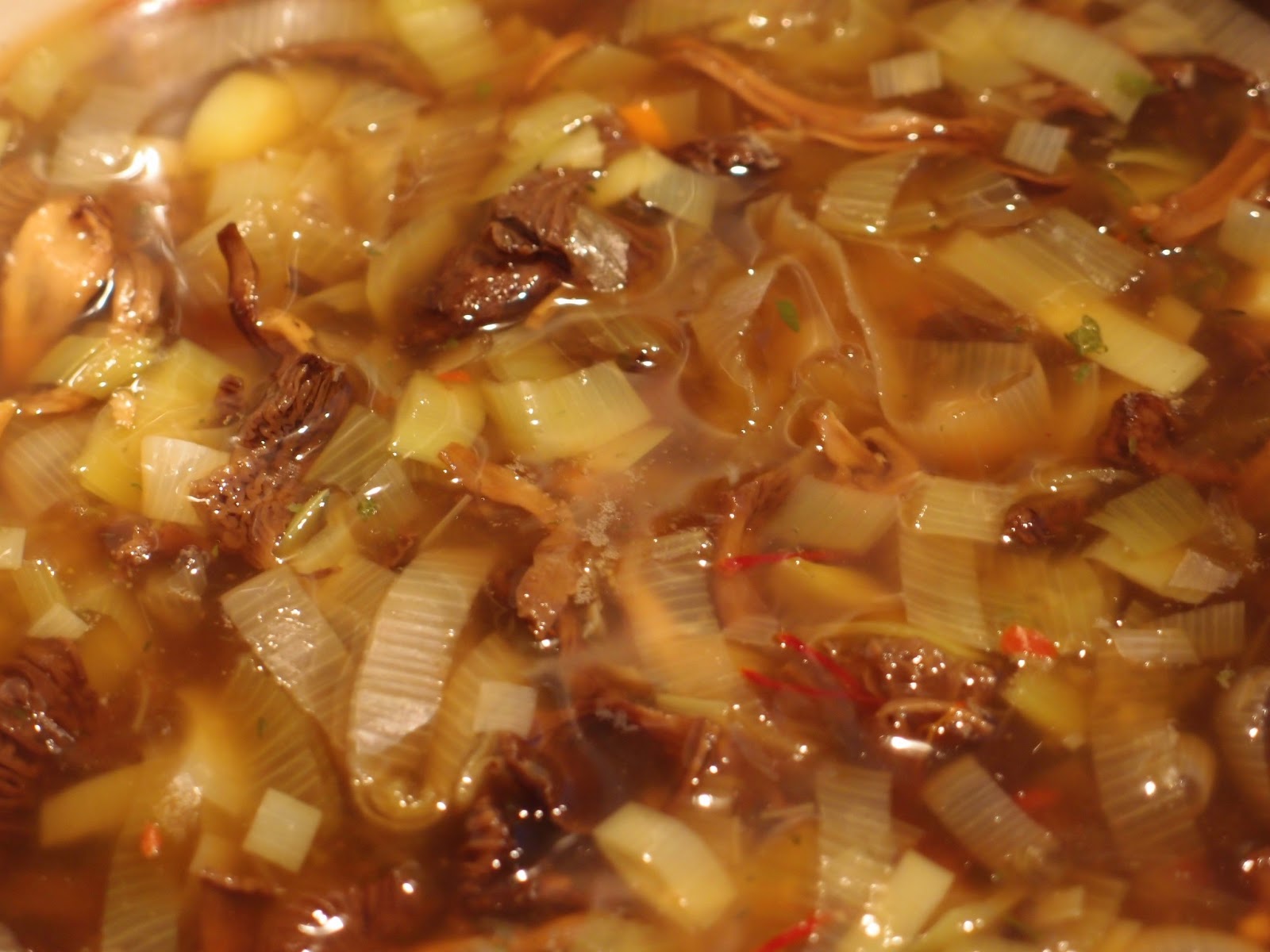 I let it all simmer until the leeks became translucent. I added the saffron and my secret powder fort (chili flakes, nutmeg, sage) and let it simmer for a while longer. I removed the bay leaves before serving and then the dish was ready to be served. 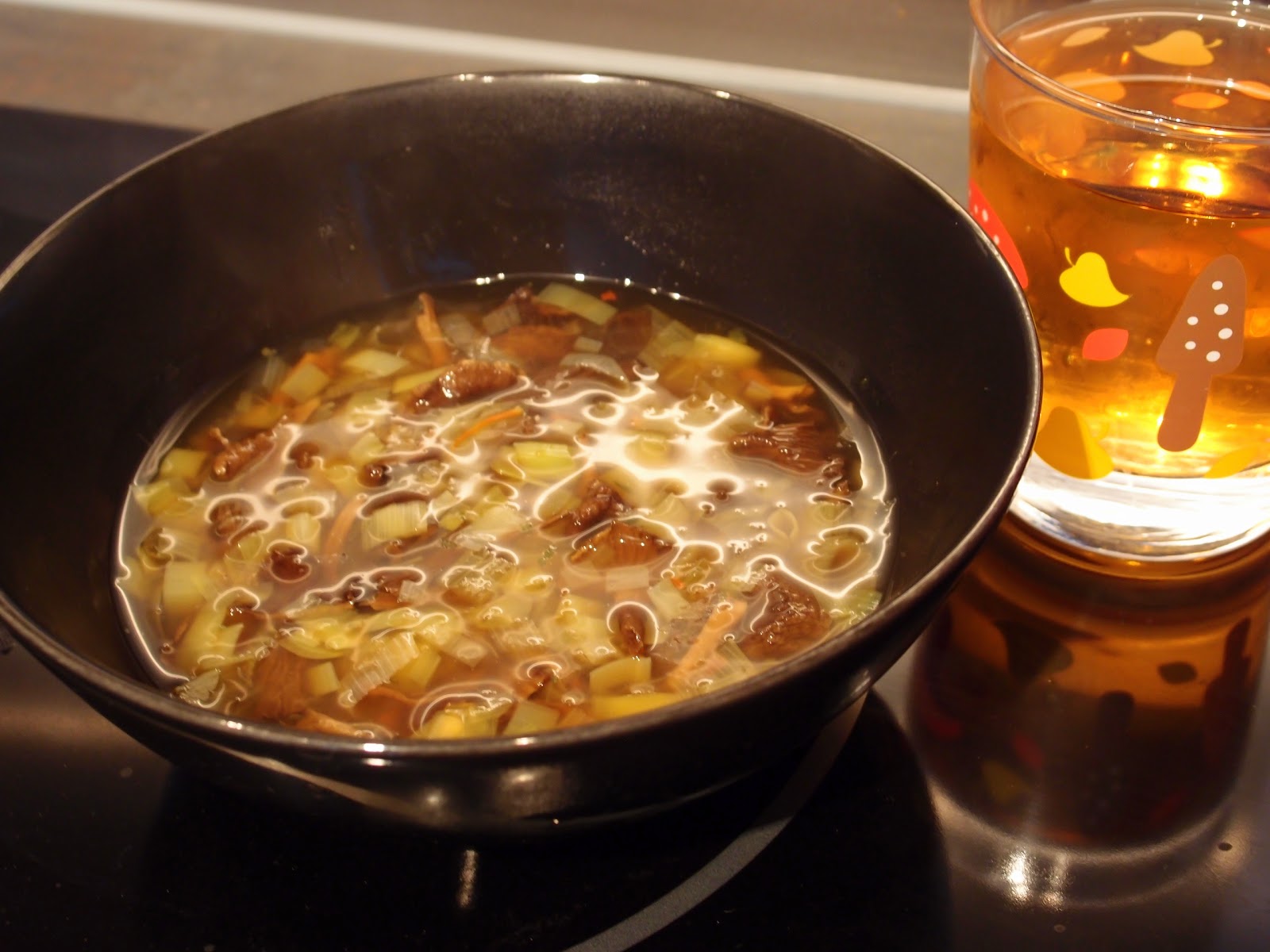 I found this dish to be very good indeed, it was spicy and it caught my imagination while cooking. It's a perfect winter broth or a good starter. A rustic self-made bread would be a good companion for it, maybe even The VegHog's seedy spelt flatbread.

Pair it with a nice dry cider or perhaps some mead and enjoy!