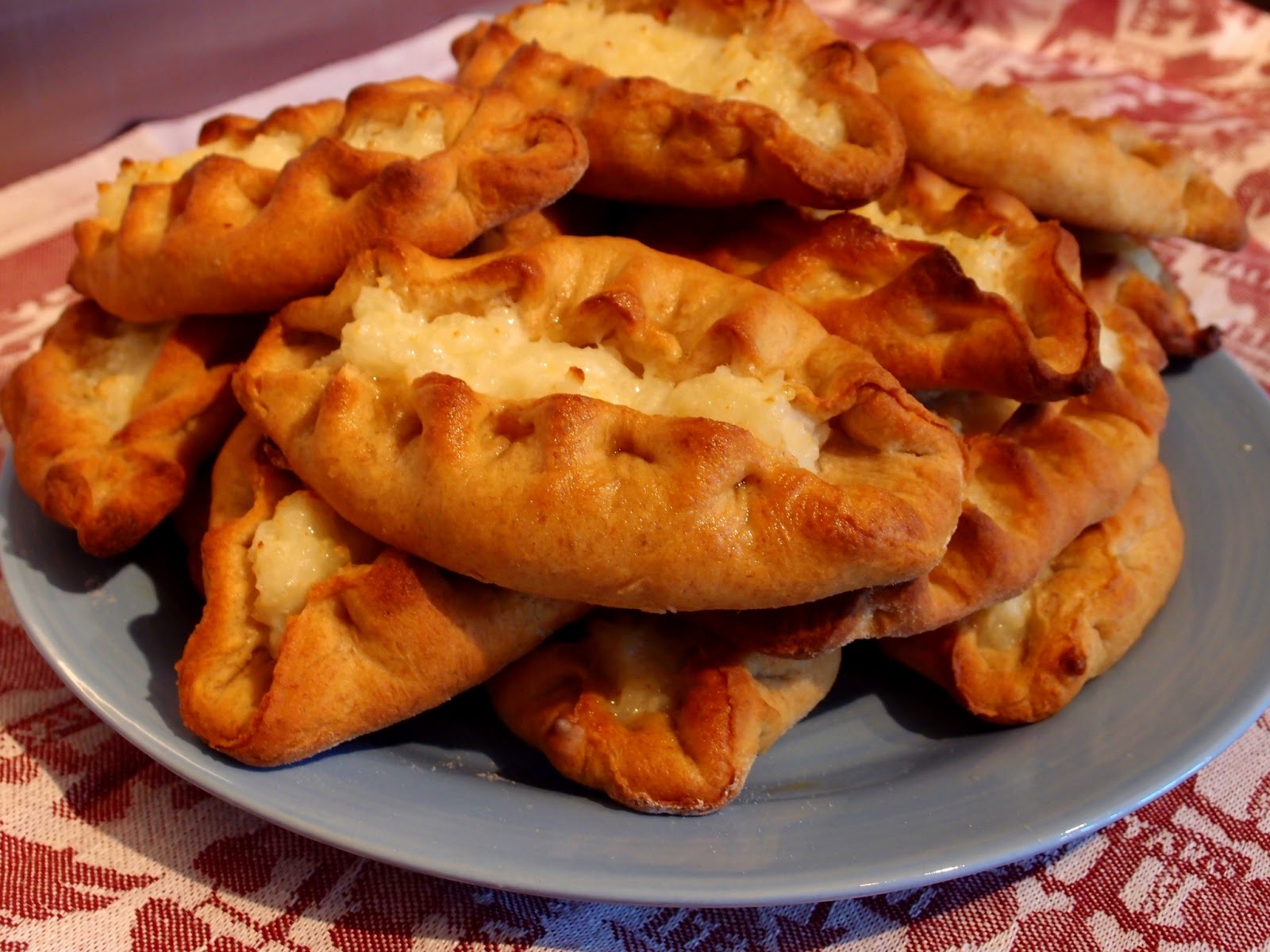 It's The VegHog's 100th blog post and time to celebrate with an old family recipe, a traditional Finnish dish and one of my all time favourites: Karelian pies. These are pasties with a thin rye crust and a rice filling that is similar to salty pudding rice. Karelian pies are normally eaten as a snack between meals but they are extremely filling. Quite often butter or egg butter mix specifically made for the pasties is spread on them. I have tried them with cheese or soft cheese as well and they were very good but just plain butter is the winner for me personally. 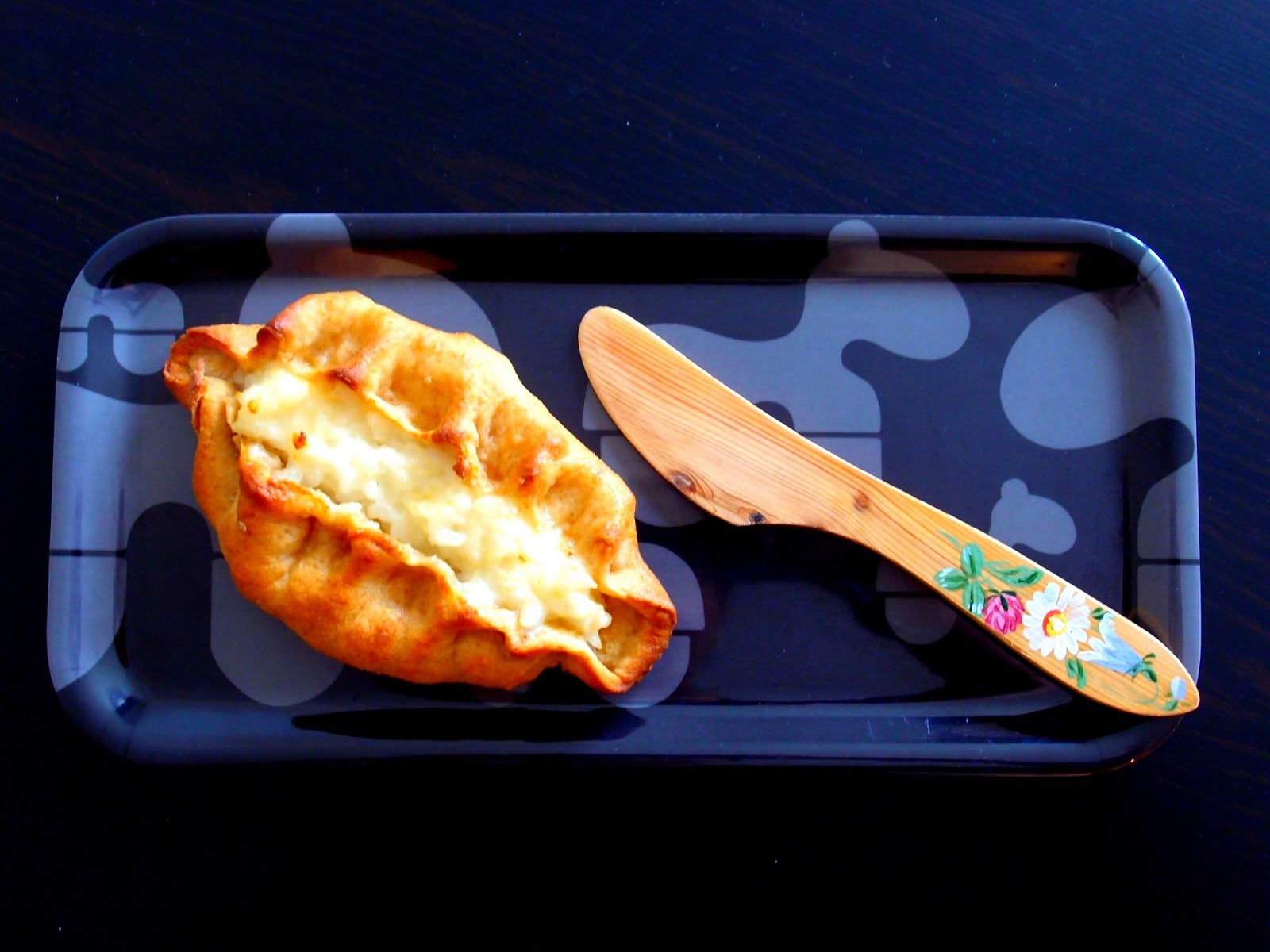 The pasties are quite hard work and making them requires patience but it's very rewarding in the end, so please don't be intimidated by the work load. My grandmother always used to make loads of these pies and I loved it. She taught me how to make them and gave me her recipe (I've altered it here slightly so I'm not giving away family secrets). Unfortunately I can't make them as well as she did but it's nice to try anyway! Please try them and tell me what you think! 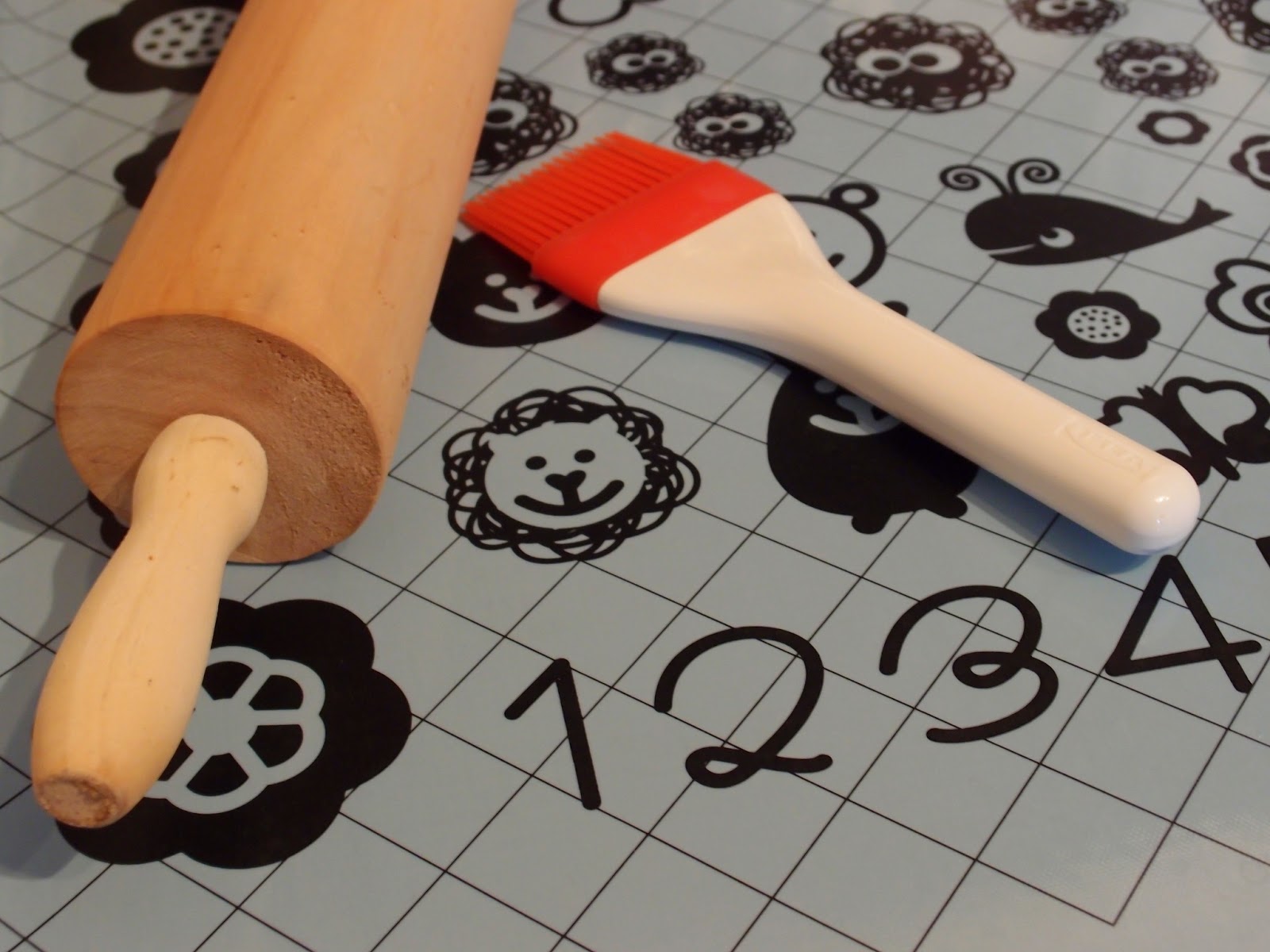 For the rice filling:

Start by making the rice for the filling as it takes a while. First boil the rice in double the volume of water until all the water is absorbed. Then add the butter, salt and milk and let it simmer under the lid at low heat until the rice is tender and a firm porridge is produced. Add more milk during the simmering if needed. Stir often and ideally use a heavy non-stick cast iron pot as the porridge likes to burn easily on the bottom. The simmering stage takes about 45-60 minutes. Let the porridge cool down before filling the crusts. 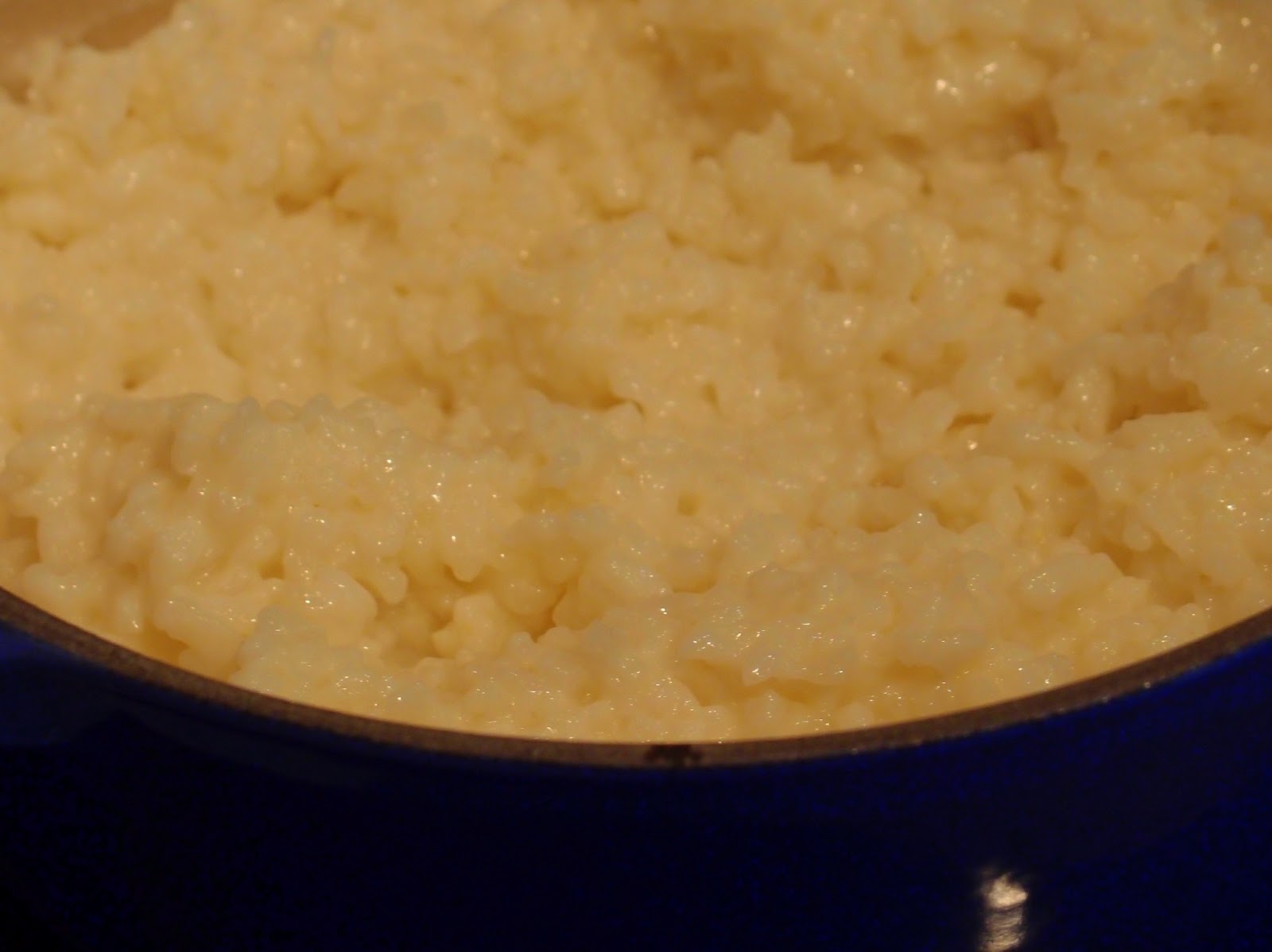 Then make the dough for the crust. First mix the dry ingredients and then add the lukewarm milk and water mix and the oil and knead. You can make the fluid more milky or more watery depending on your taste. Add more fluid or flour if needed. Knead a firm dough, which will be a little bit similar to a pizza dough. Let it rise under a tea towel for about one hour. 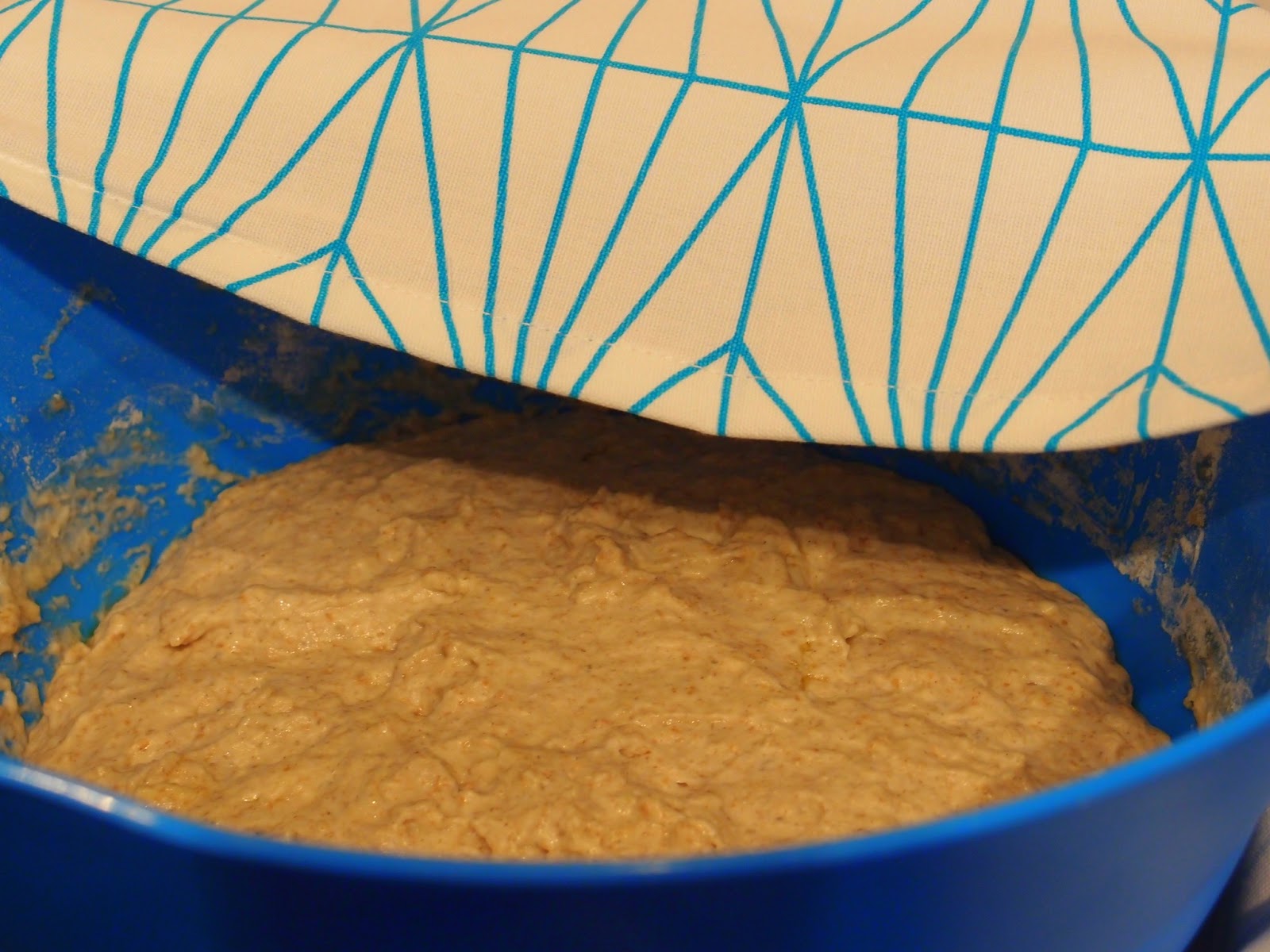 Then take small portions of the dough and roll it out thinly with a rolling pin. Cut the dough into small (about 15 cm long) slightly oval circles. You can use a lid or a bowl of suitable size as cutting help. 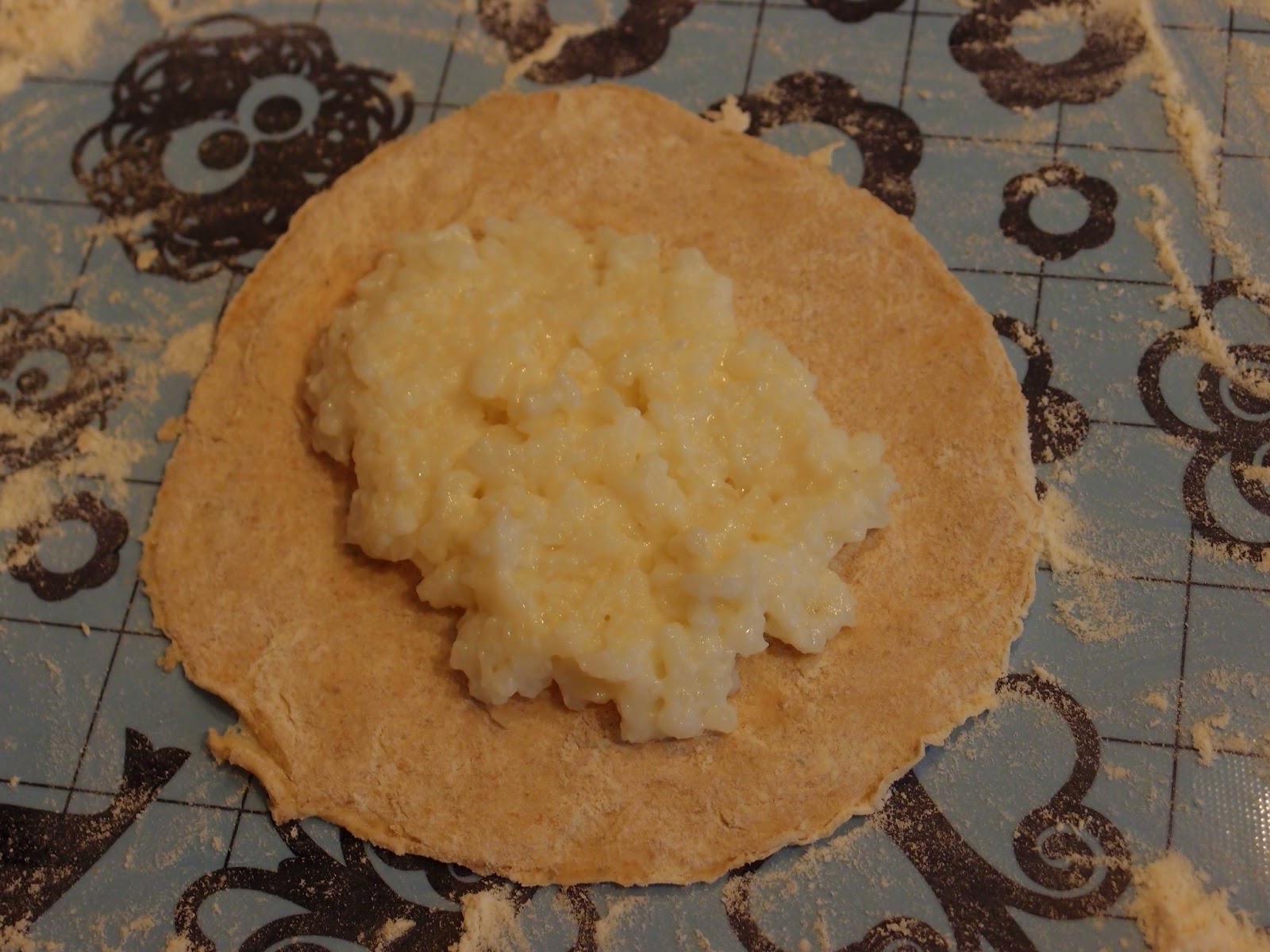 Take about two table spoons of the porridge and spread it to the middle by leaving about 2 cm edges without filling. Then make the distinct wavy closing (see photos). Fold the edges over and pinch them starting from the middle and moving towards the ends. 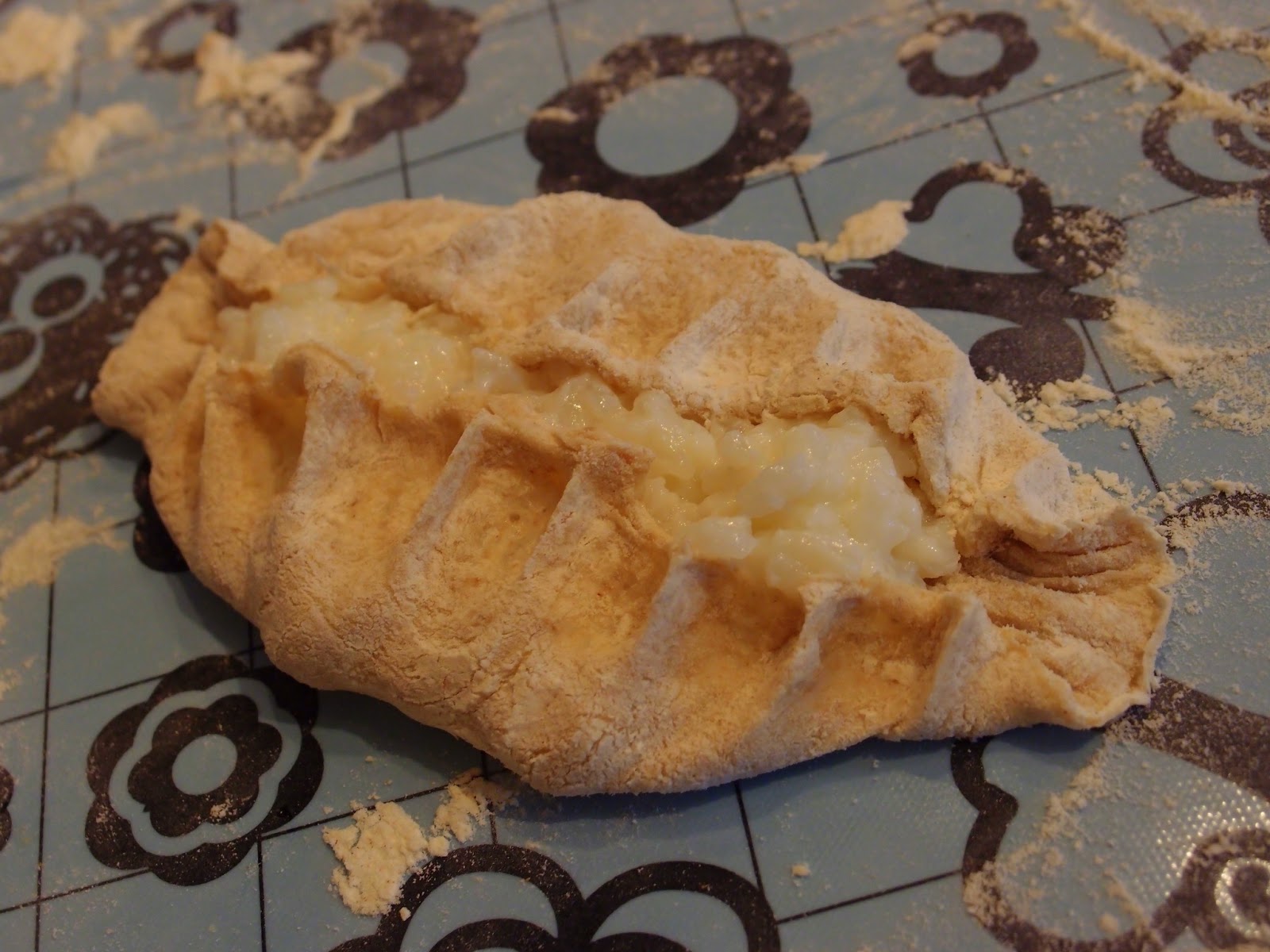 Bake the pies at 225C for about 15-20 minutes until the crust is baked and they are nicely browned. Brush them with melted butter. 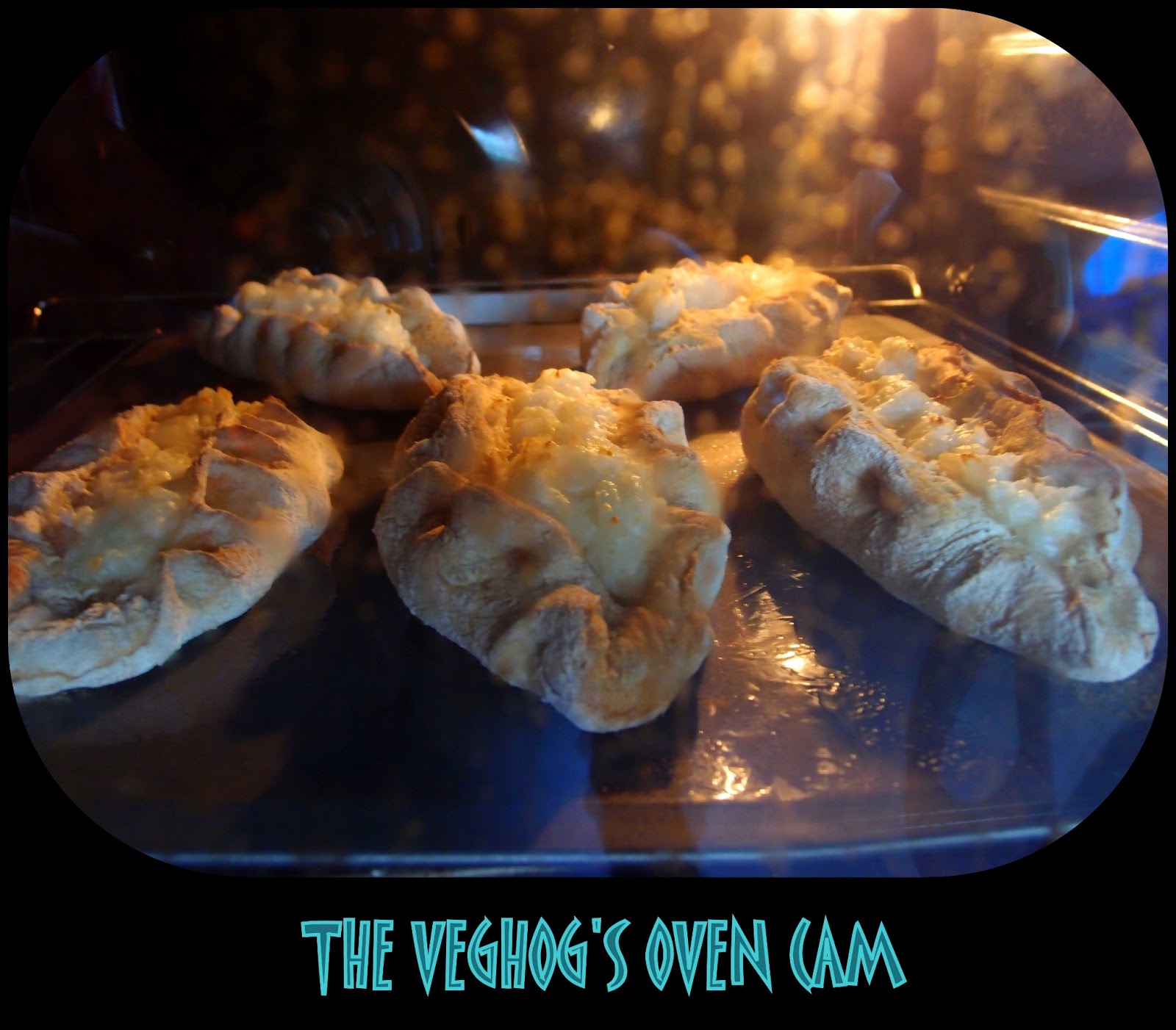 They can be served instantly or saved for later. They can be eaten cold as well but I think they are nicest when freshly baked. 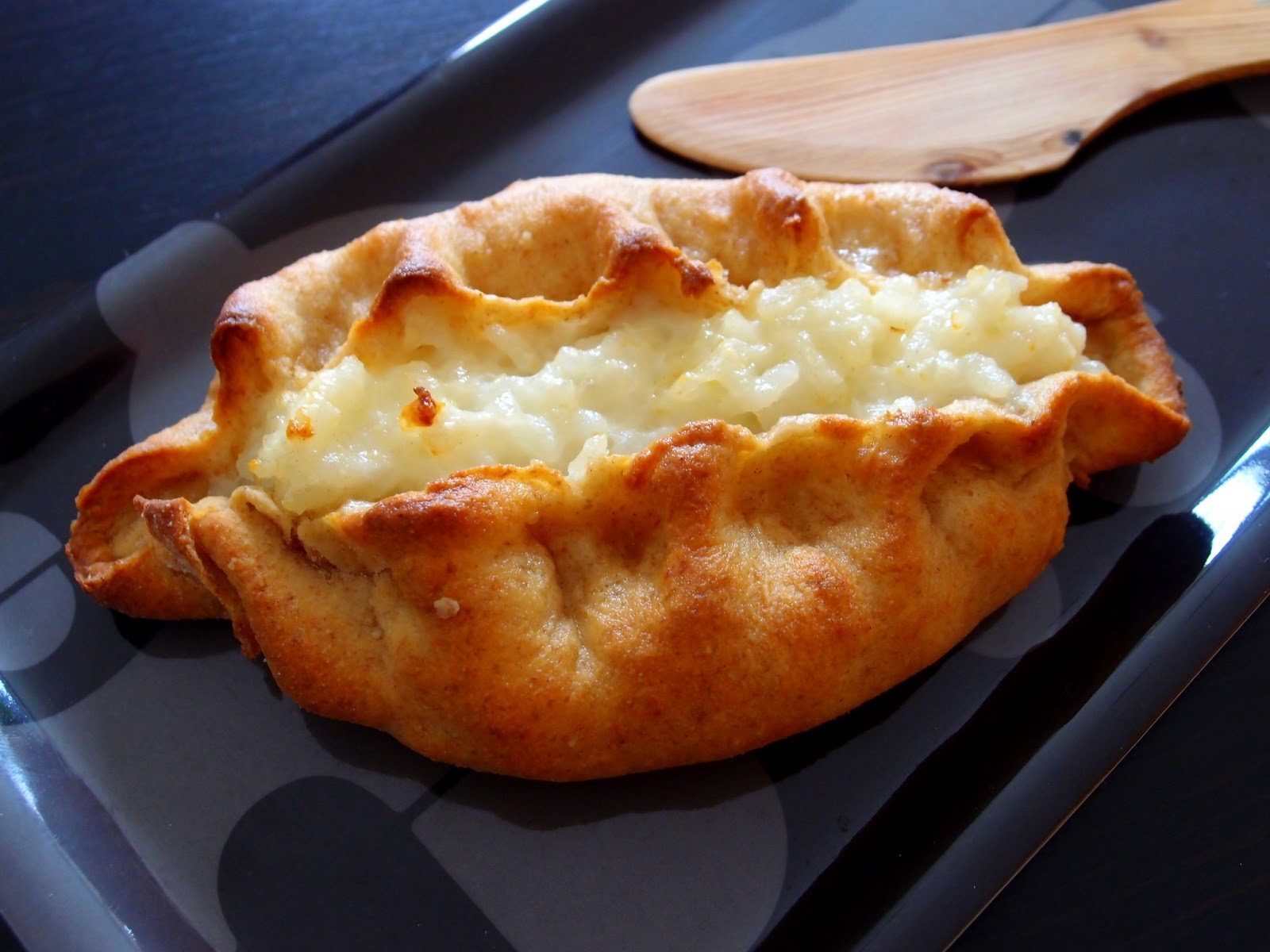 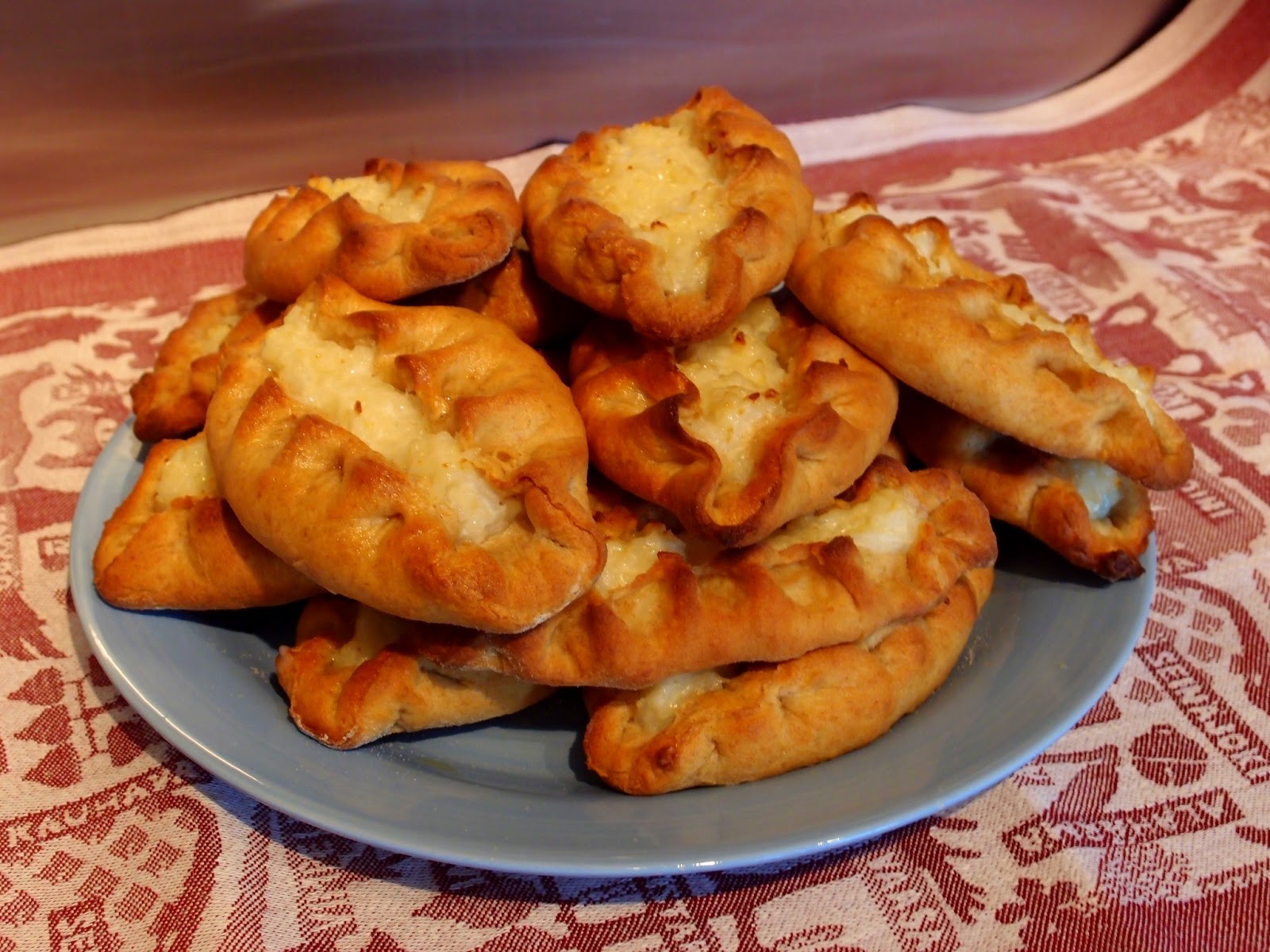 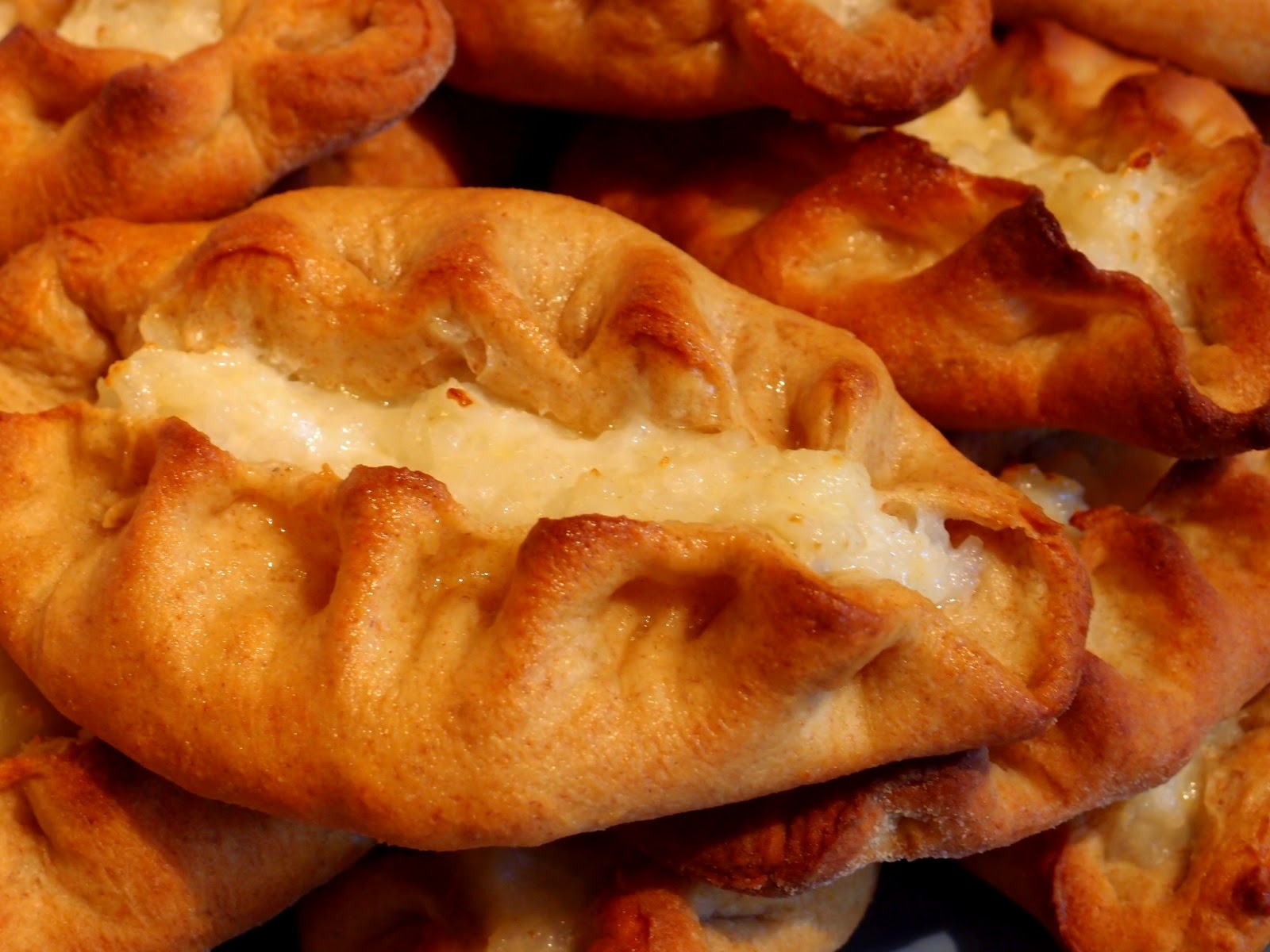 Thanks for staying hungry for 100 posts and hopefully many more will follow!