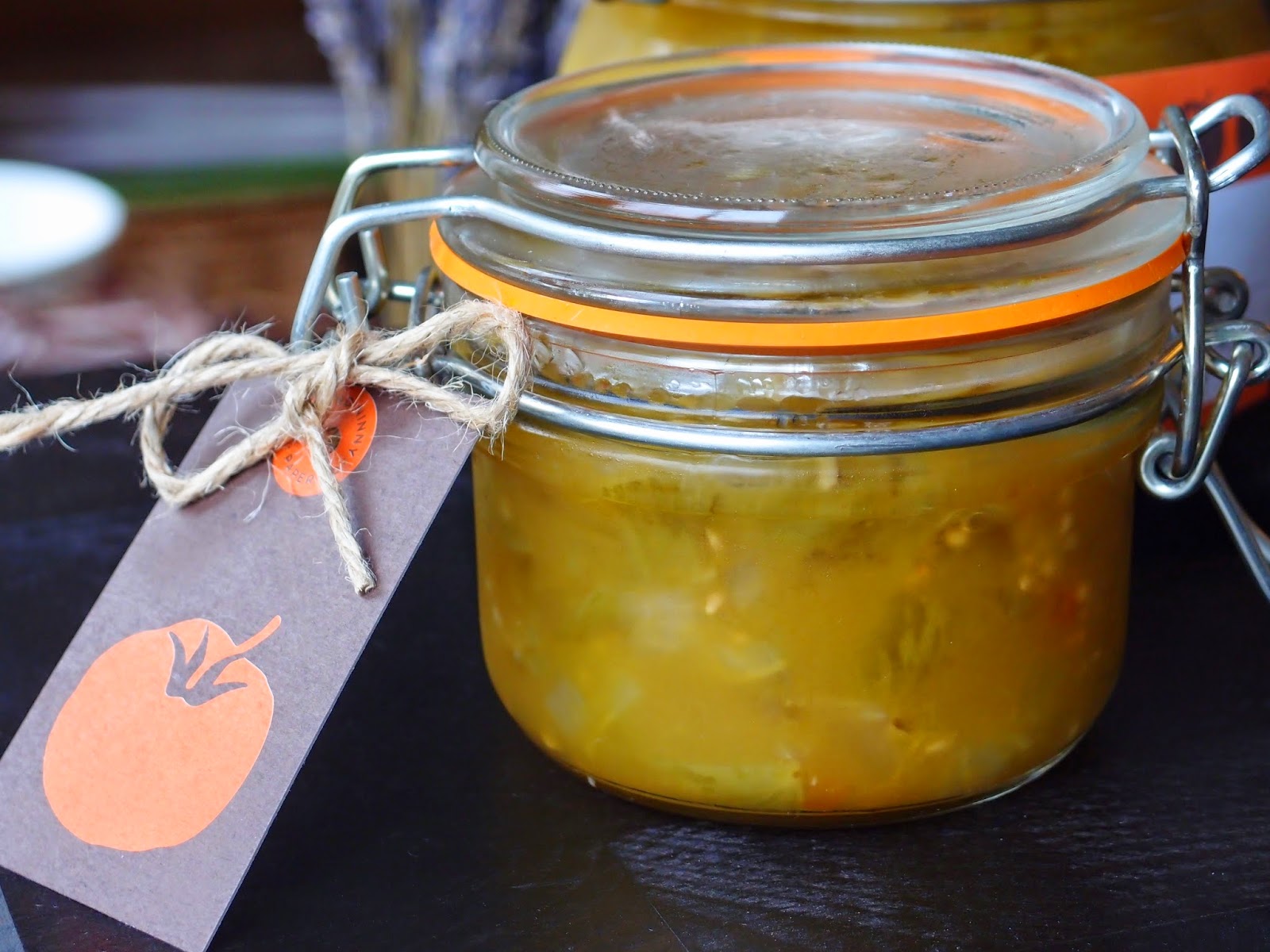 “A Tigerella never loses its stripes”, I said when I had finished this chutney. With mixed feelings I have now officially ended my tomato growing season and next week I will cut the remaining vines down. Couple of weeks ago I harvested the green tomatoes that weren't able to ripen anymore in this lack of light and cold nights. Some I was able to ripen in a vase indoors, but there was still a fair amount left that I didn't want to go to waste. So I explored the possibilities what to make of them and went with the chutney idea. I just made a basic chutney like I normally would, and it got actually very nice. Now I can still enjoy my tomatoes during the winter. 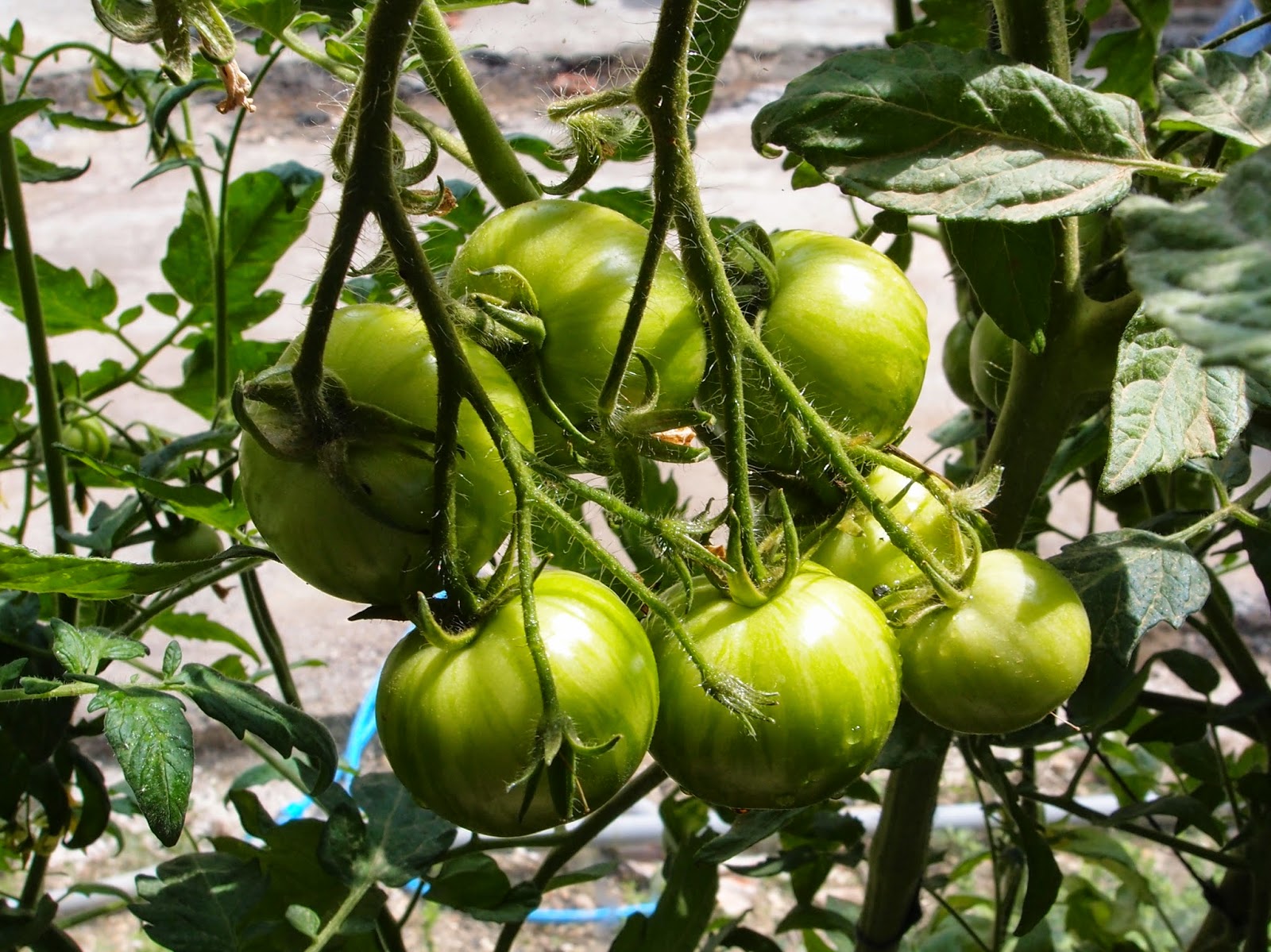 Chop the onion and the tomatoes.

Cook the onion with the vinegar, sugar, chilli flakes and ginger powder for 5 minutes.

Then add the tomatoes to the pan.

Let the pan contents simmer for about 40-50 minutes or until the liquid has mostly evaporated and the mixture has reached a sticky texture.

Pour the chutney into sterilised preservation glasses and store. I got a large jar and a small one out of this. 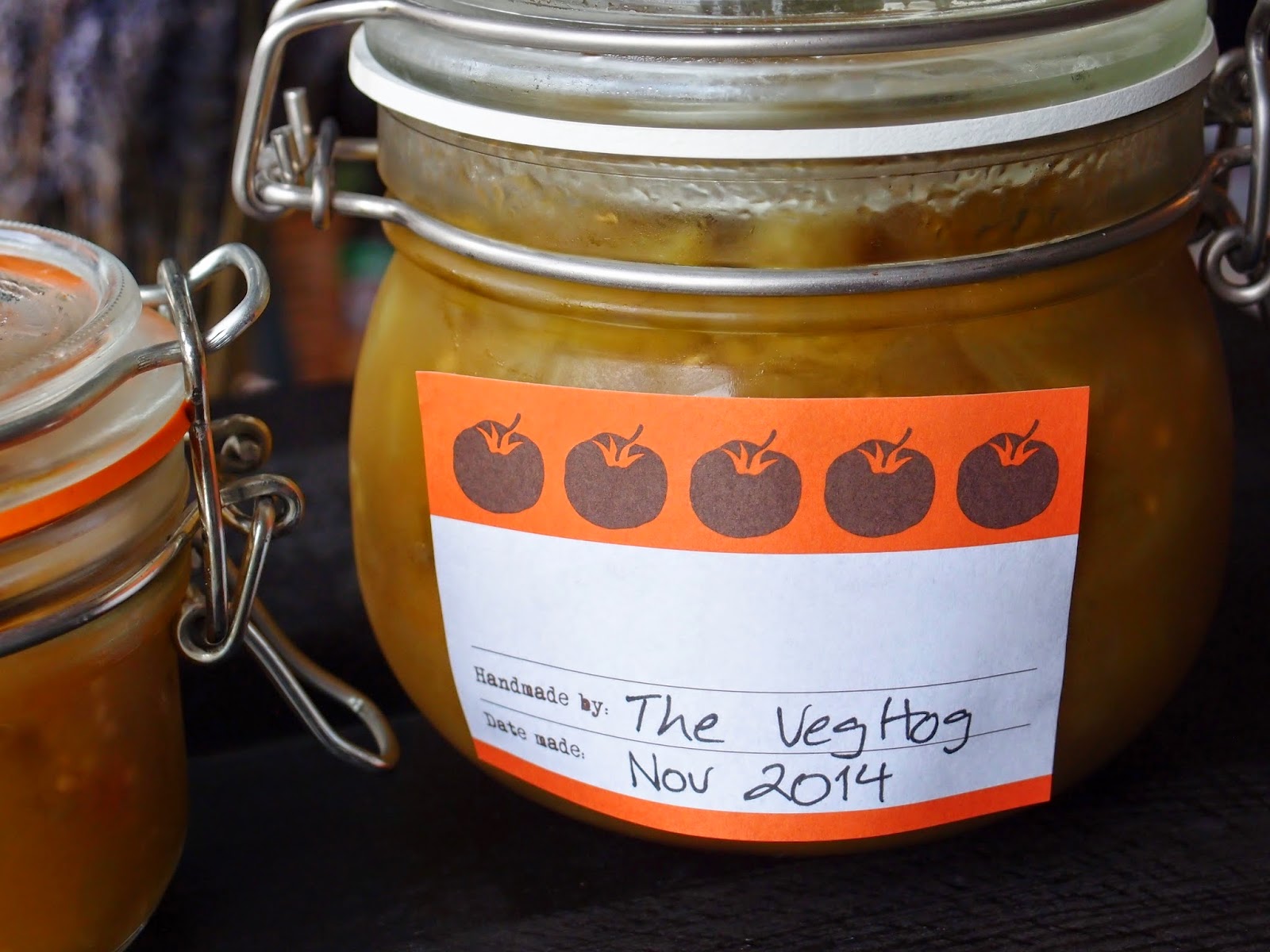 Chutney has many uses, have it for example with cheeses, veggie nuggets, sandwiches or roasted vegetables.