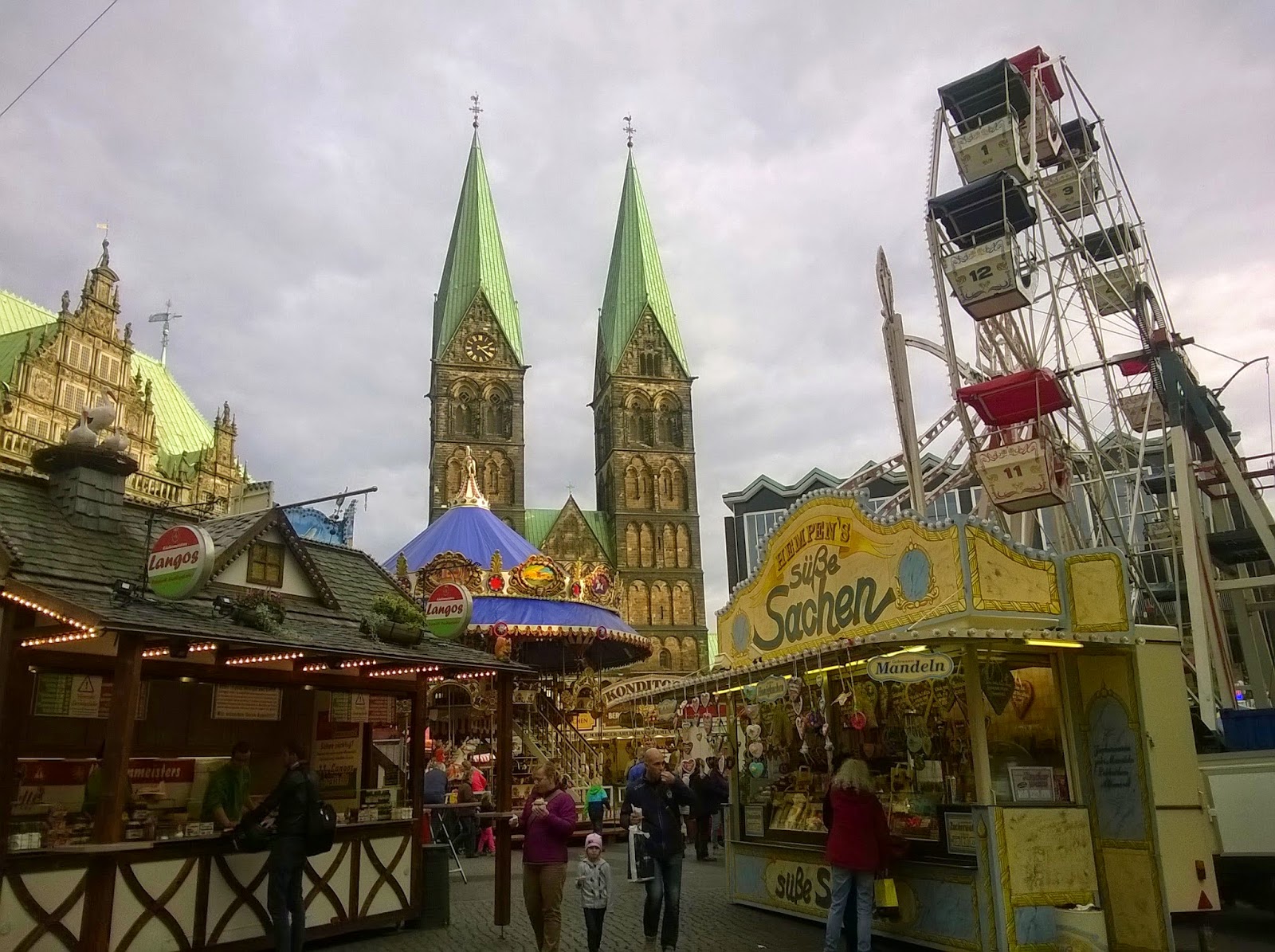 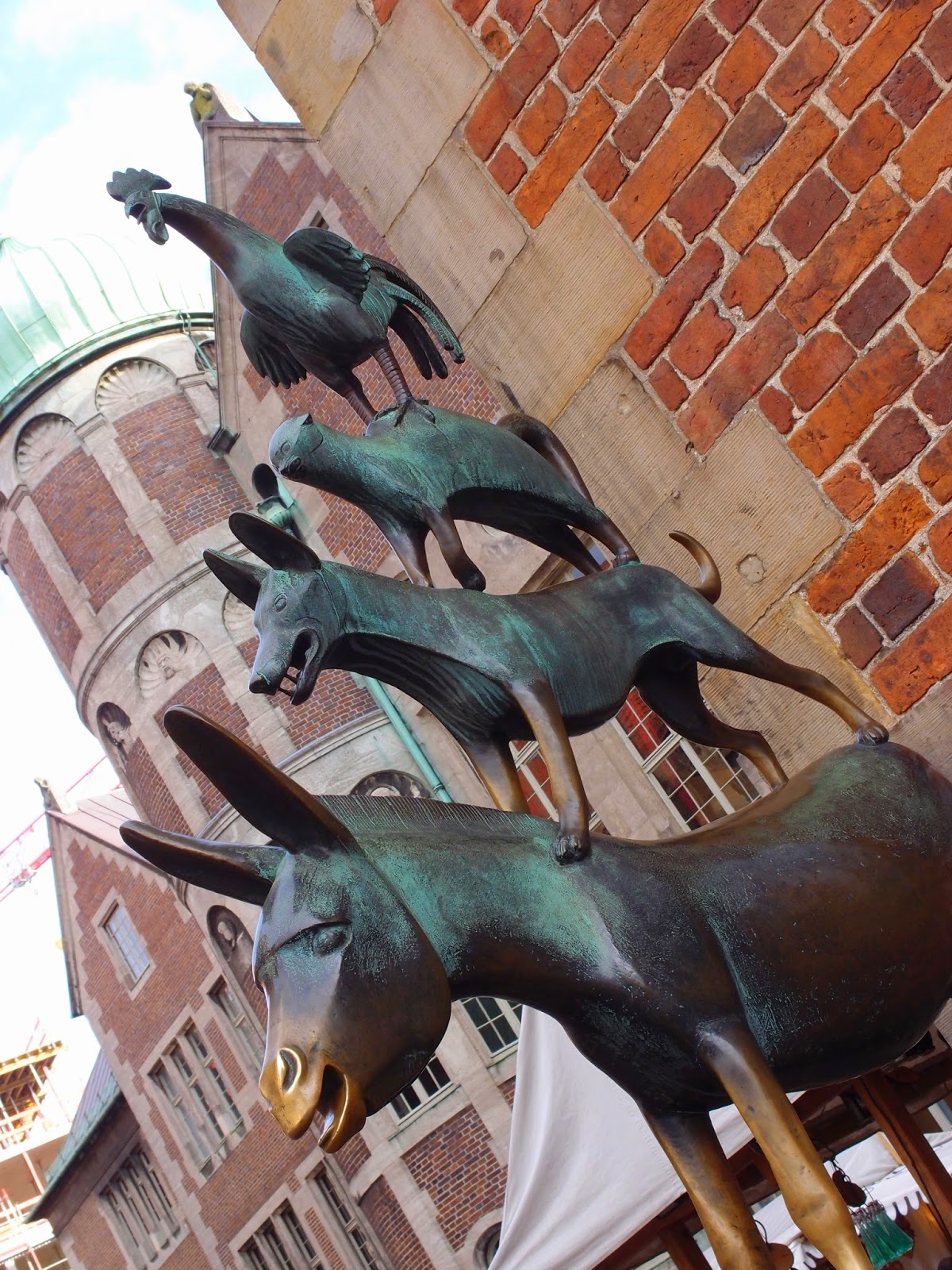 If I once more may return to my holiday experiences in Germany, I would like to write about the German street food and drink culture. Obviously in Bremen there was loads street food in the offer as the big fair took place. I have already written here about Ischa Freimaak! In this post I'm also referring to my old recipes, as it seems that I have already posted several recipes for these German “street classics”. What I am noticing, is that German street food has still remained quite traditional, not much has changed since my days. There are fried mushrooms with garlic sauce, fried cauliflower, pizza, crêpes, brezel, poffertjes, donuts etc. I think in large cities a different kind of street food movement is already noticeable, for example in Hamburg's Markthalle in the Speicherstadt. It's a covered food market with amazing international food, and many vegetarian alternatives as well. 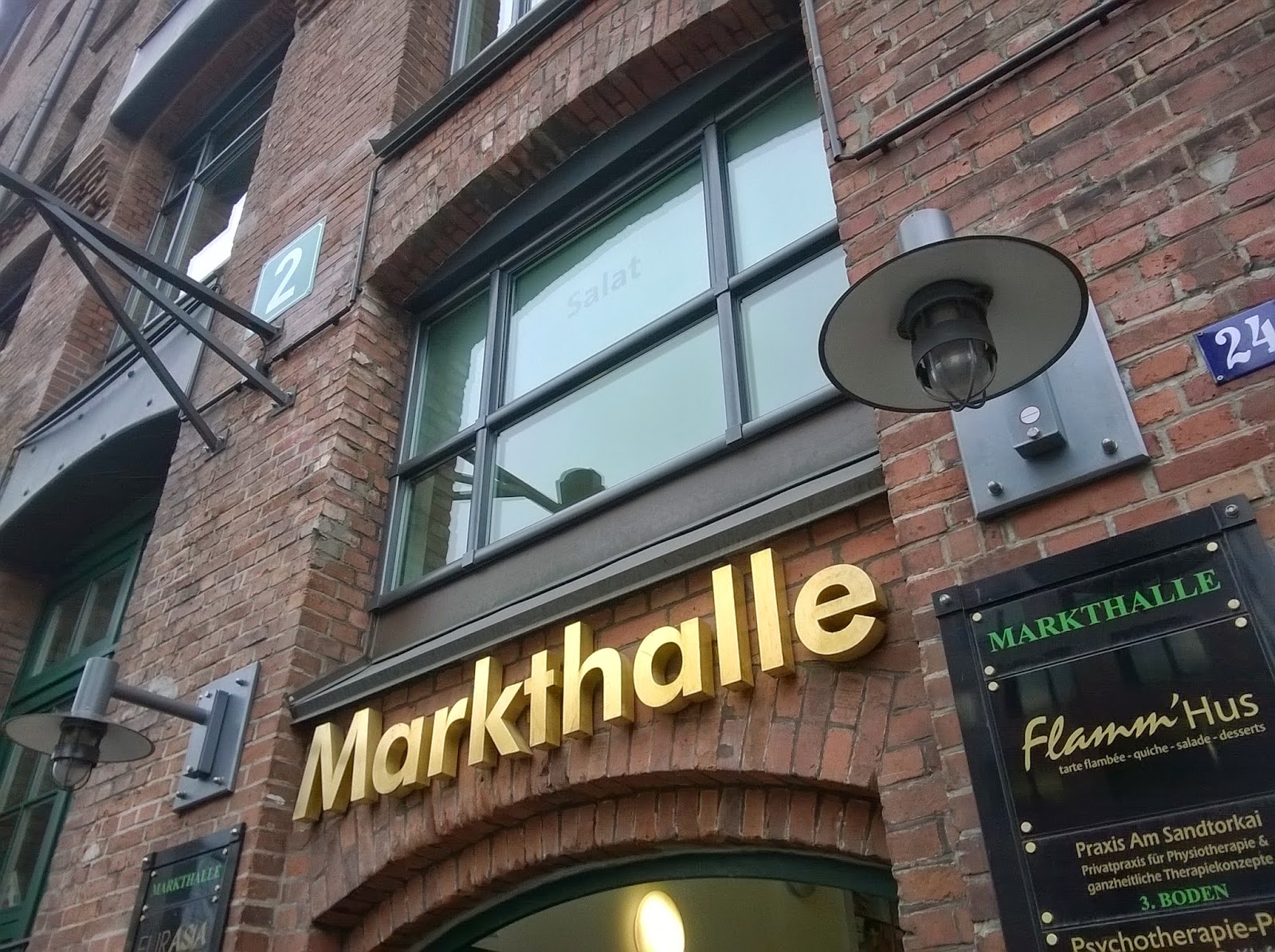 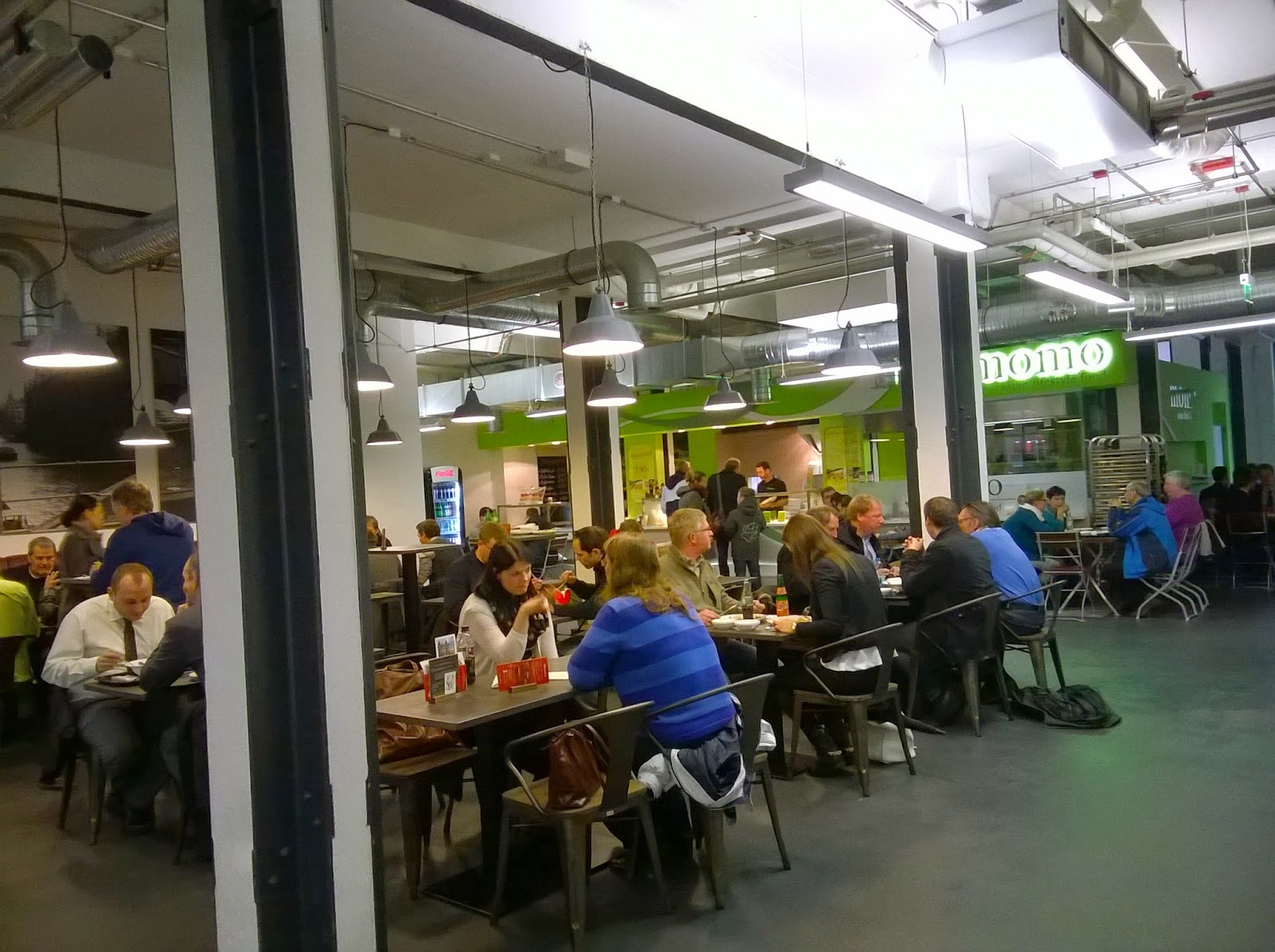 I enjoyed some local vegetarian delicacies like Reibekuchen, potato fritters with apple sauce, of which I have also published a recipe here. Then I tasted a novelty potato dish, potato spiral in beer batter. These were both very tasty dishes, yet quite rich on deep-fry fat. A little bit of beer was needed to wash them down. 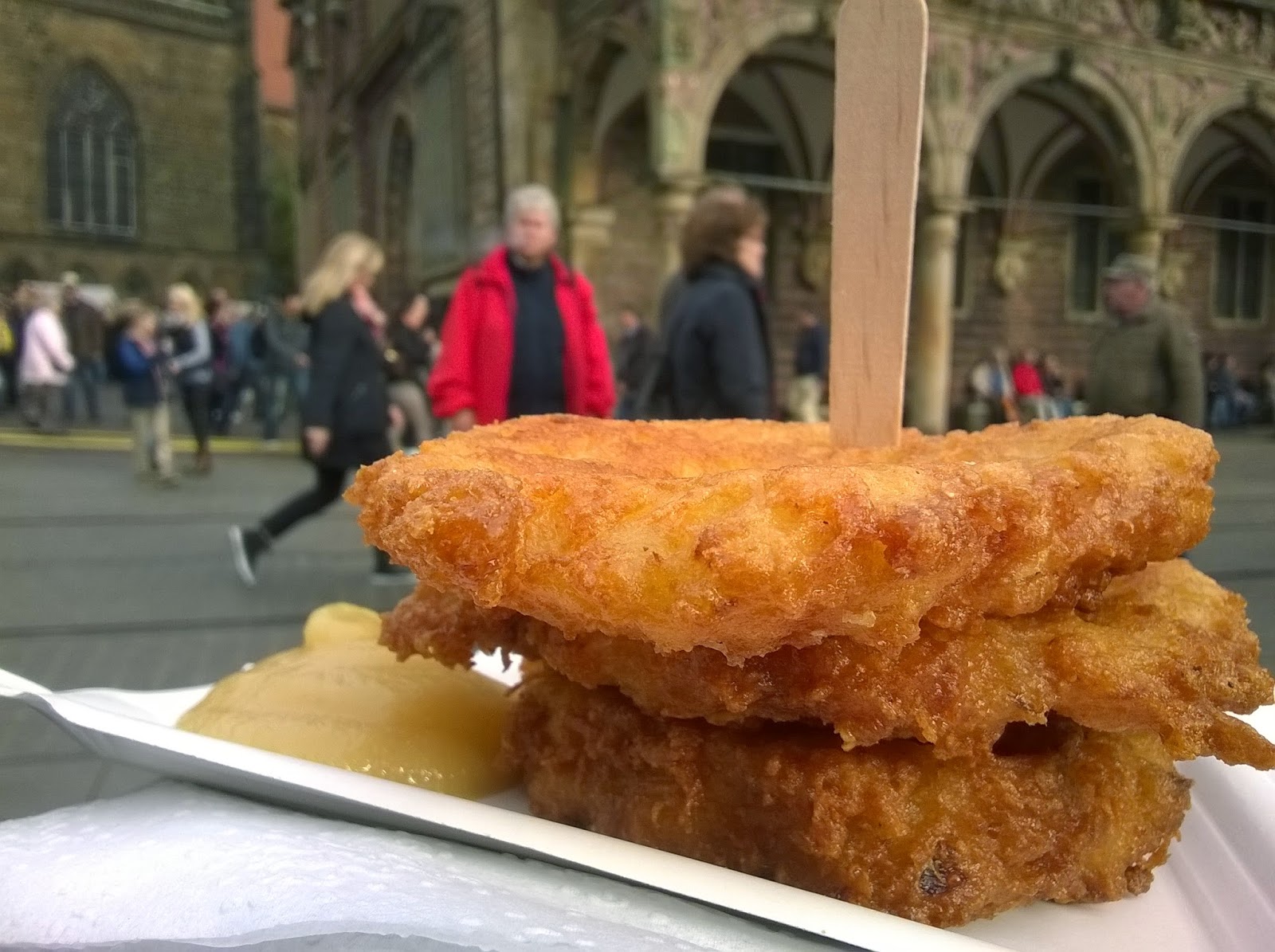 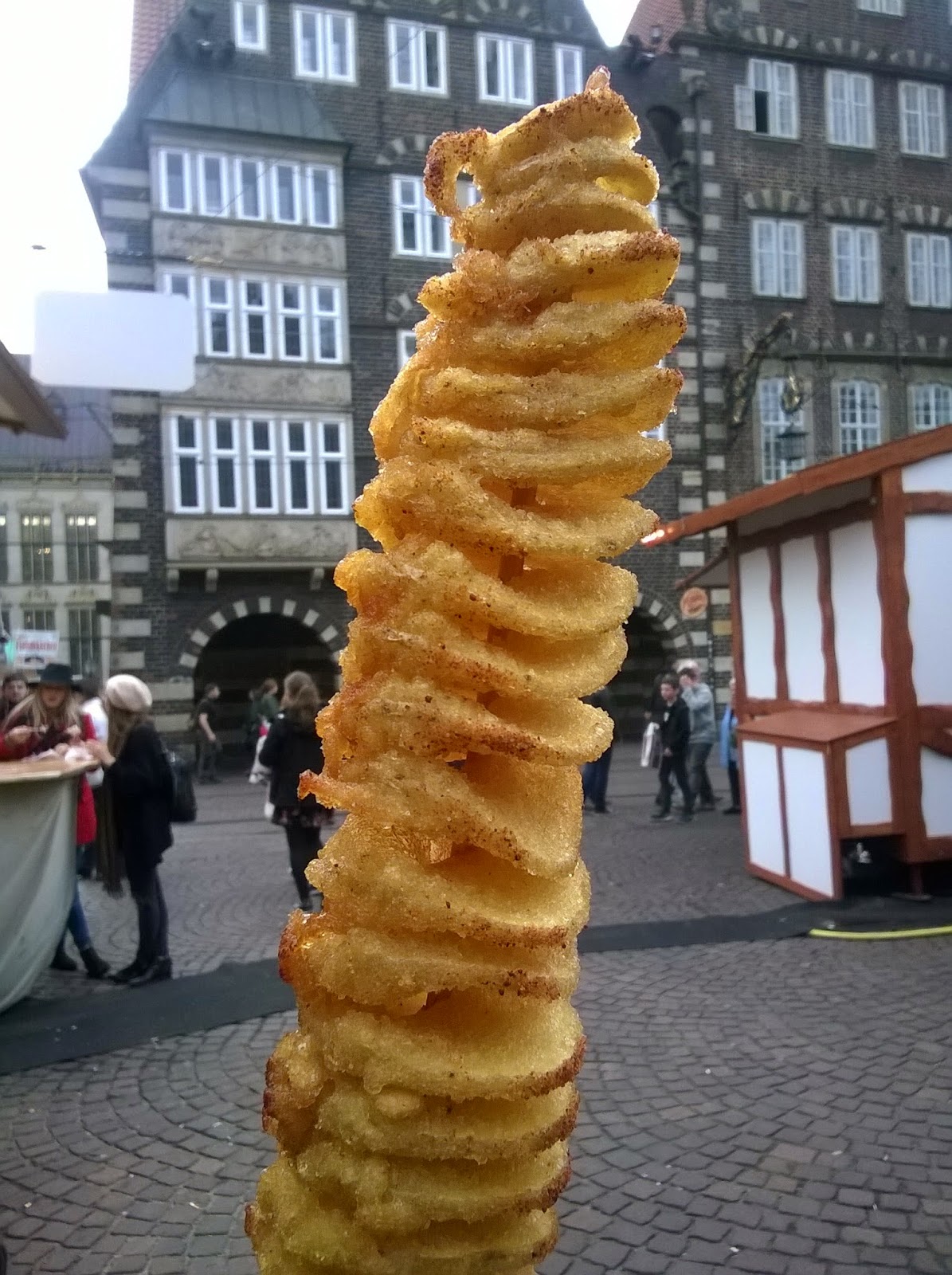 Vegetarian Flammkuchen I love, and it's more and more often available as a quick snack to go. I sometimes make my own veggie Flammkuchen, and you can find my flame cake recipe here.

There are more than enough exquisite sweet alternatives to eat, and the Lebkuchen hearts are of course one of the classics. Unfortunately this time I wasn't so much in the mood for sweet dishes. 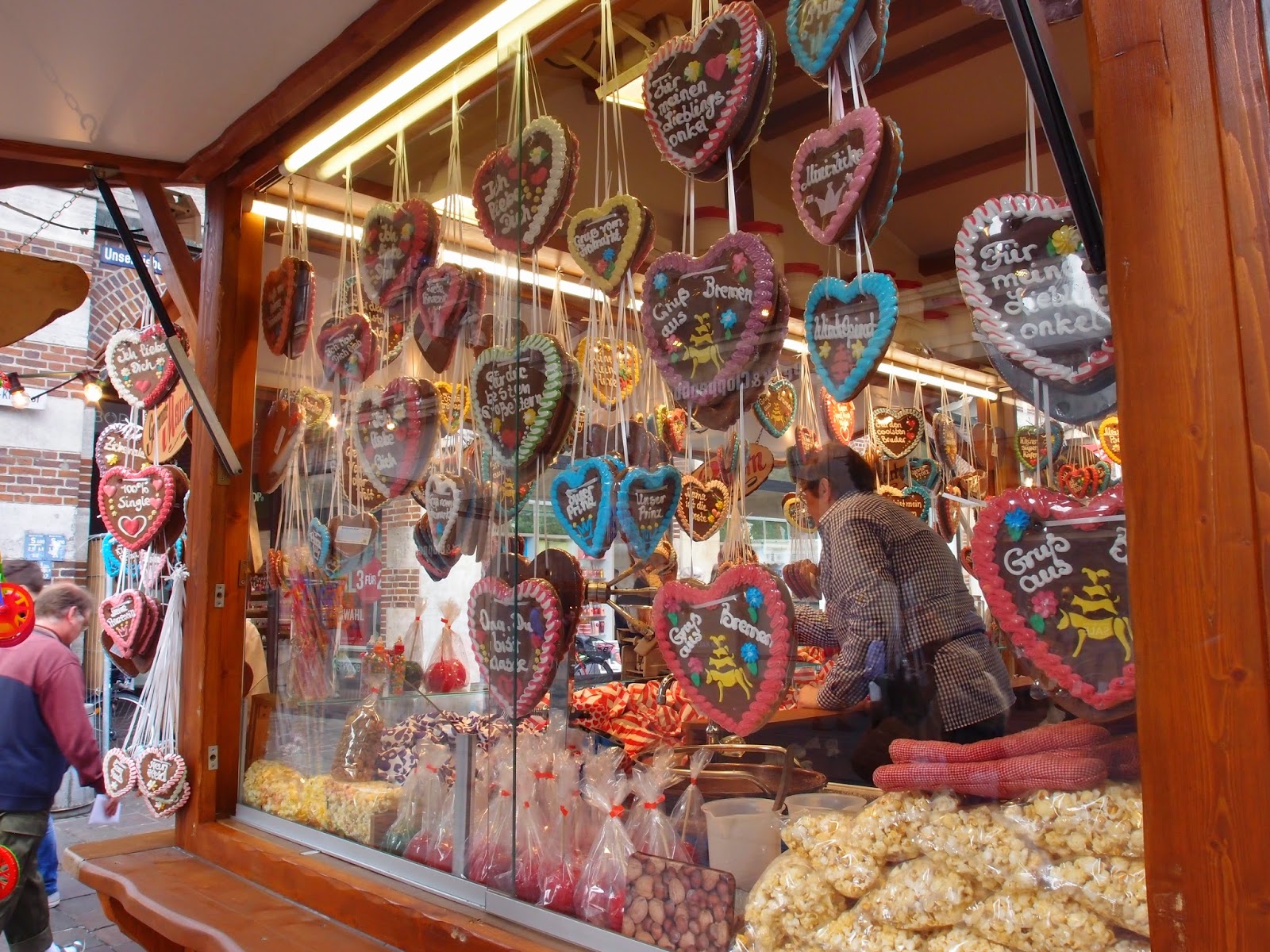 During the holiday I also started the Glühwein season by drinking the first mulled wine of the autumn outdoors. Drinking mulled wine outdoors is one of my favourite pastimes for this season and I'm so thrilled about the fact that Christmas markets will open soon! It was also possible to drink beer and wine at street stands (of course in Germany!), and actually the weather was really nice for that on couple of days. 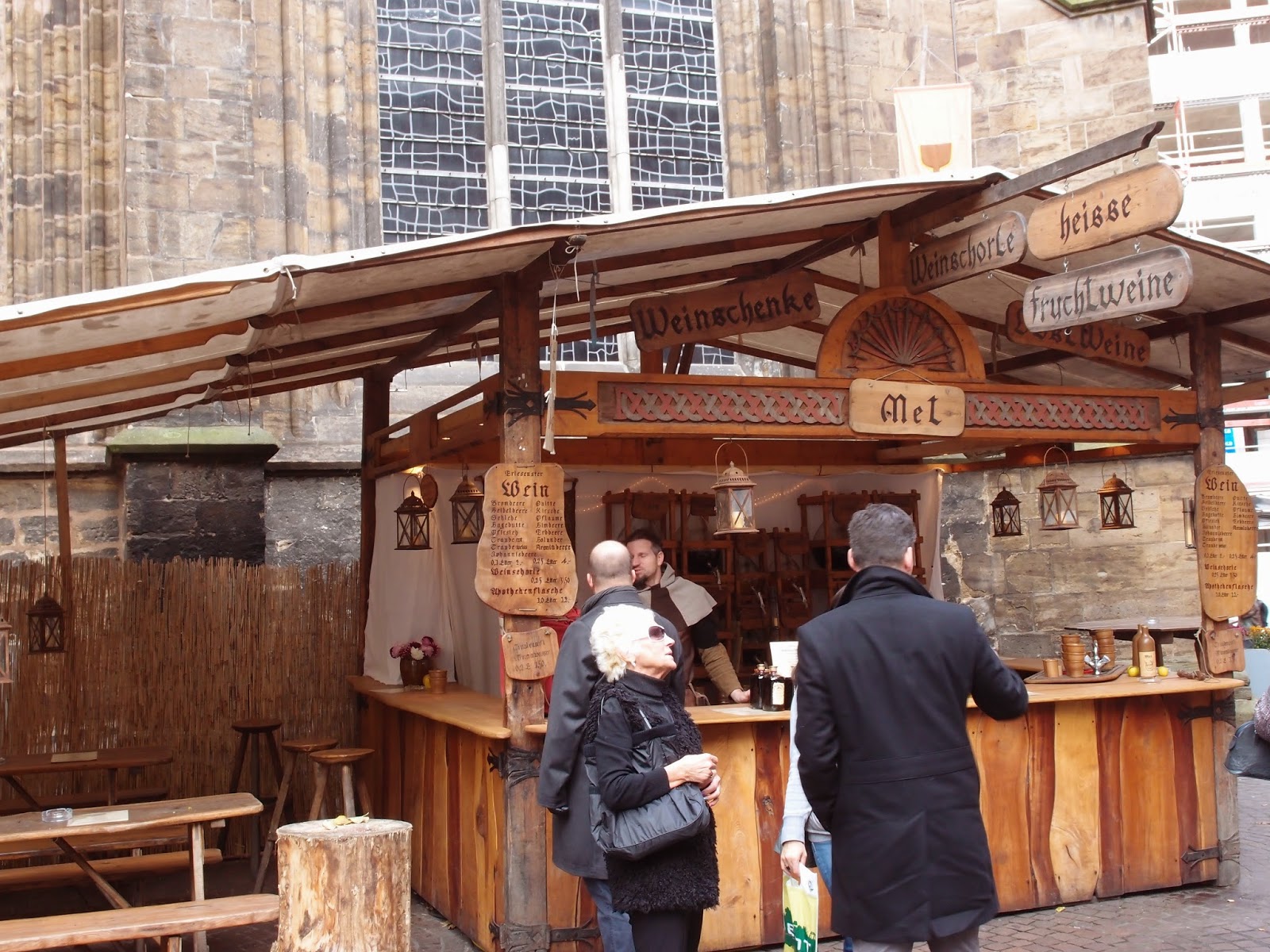 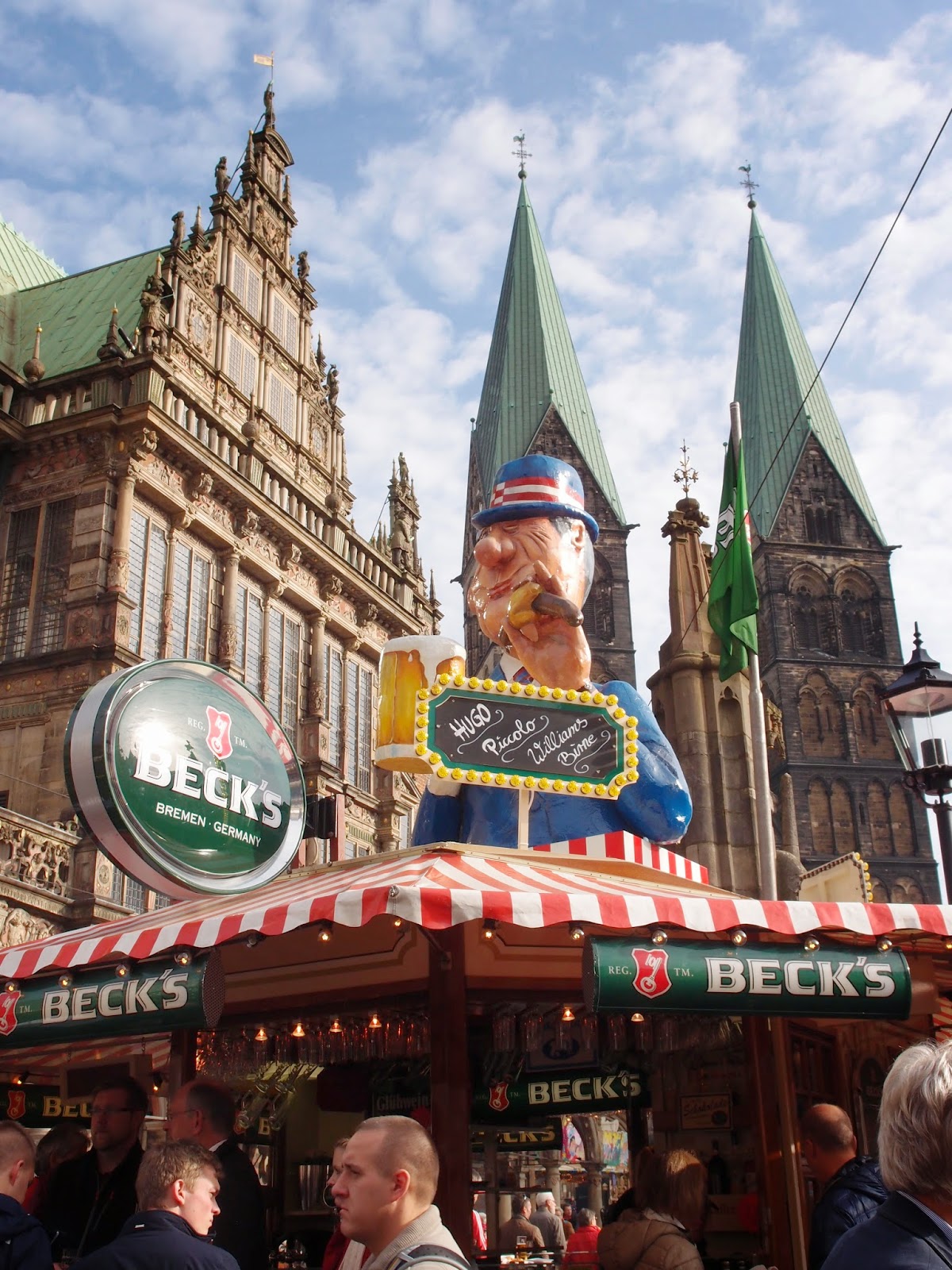 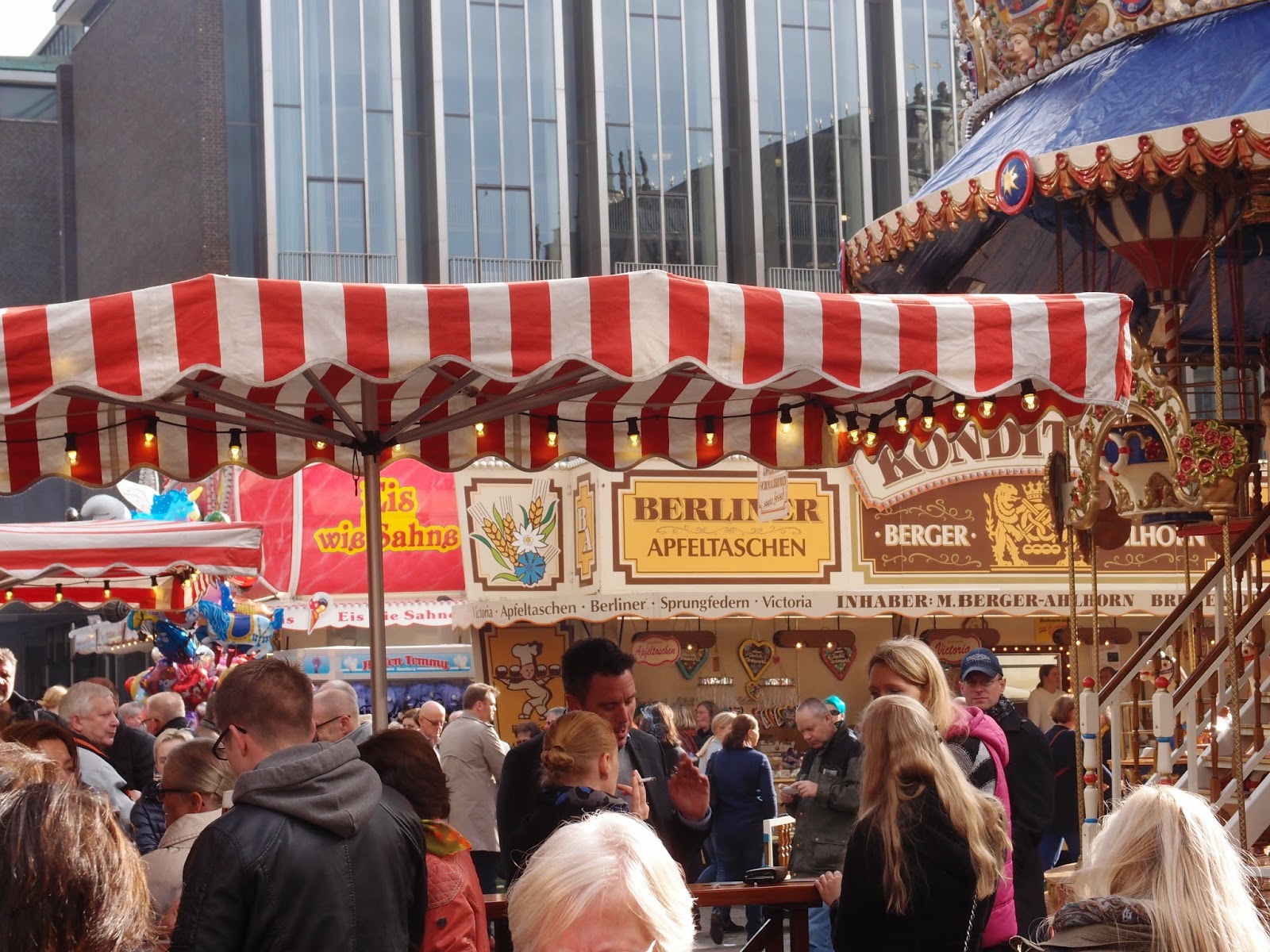 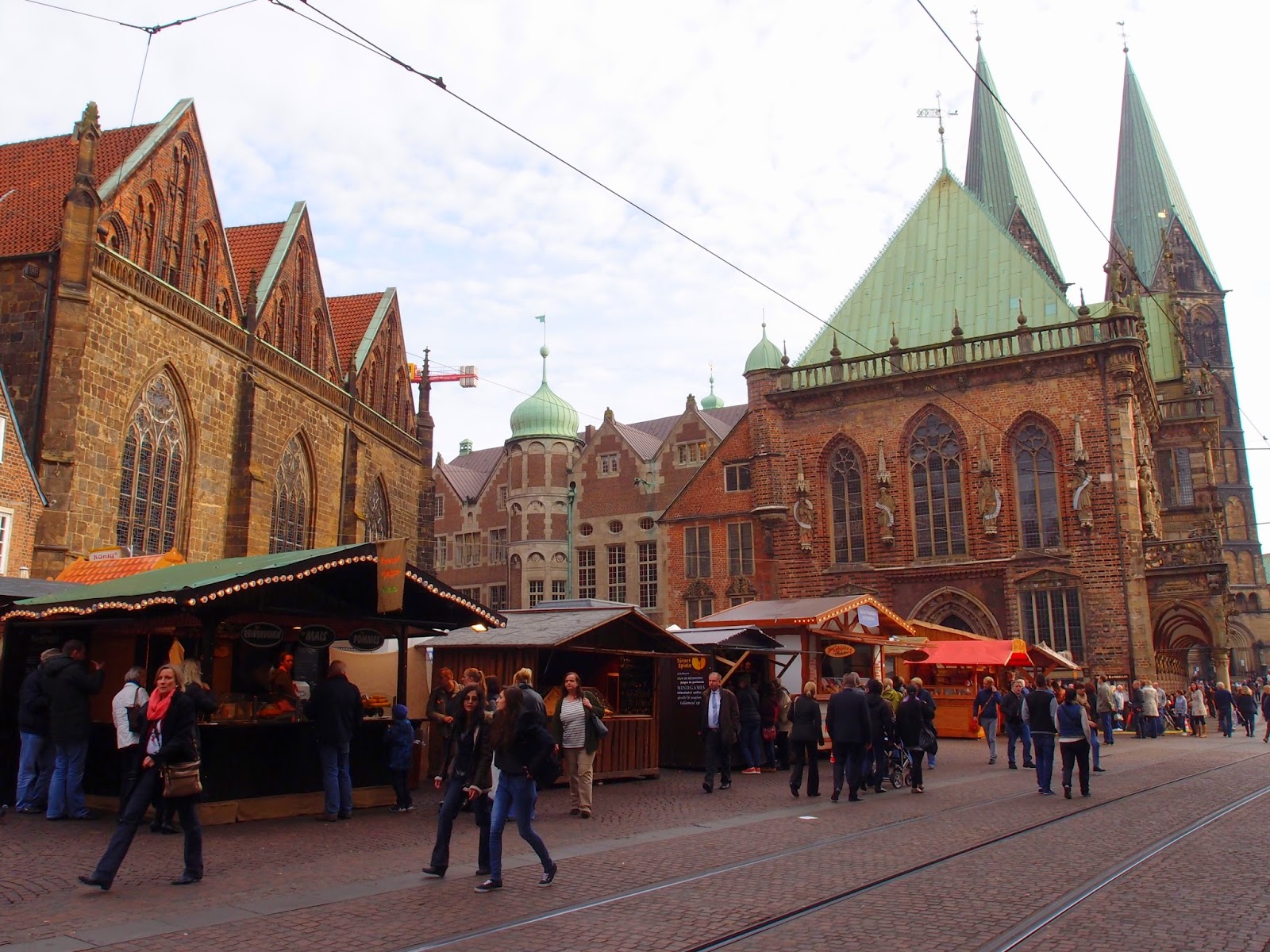 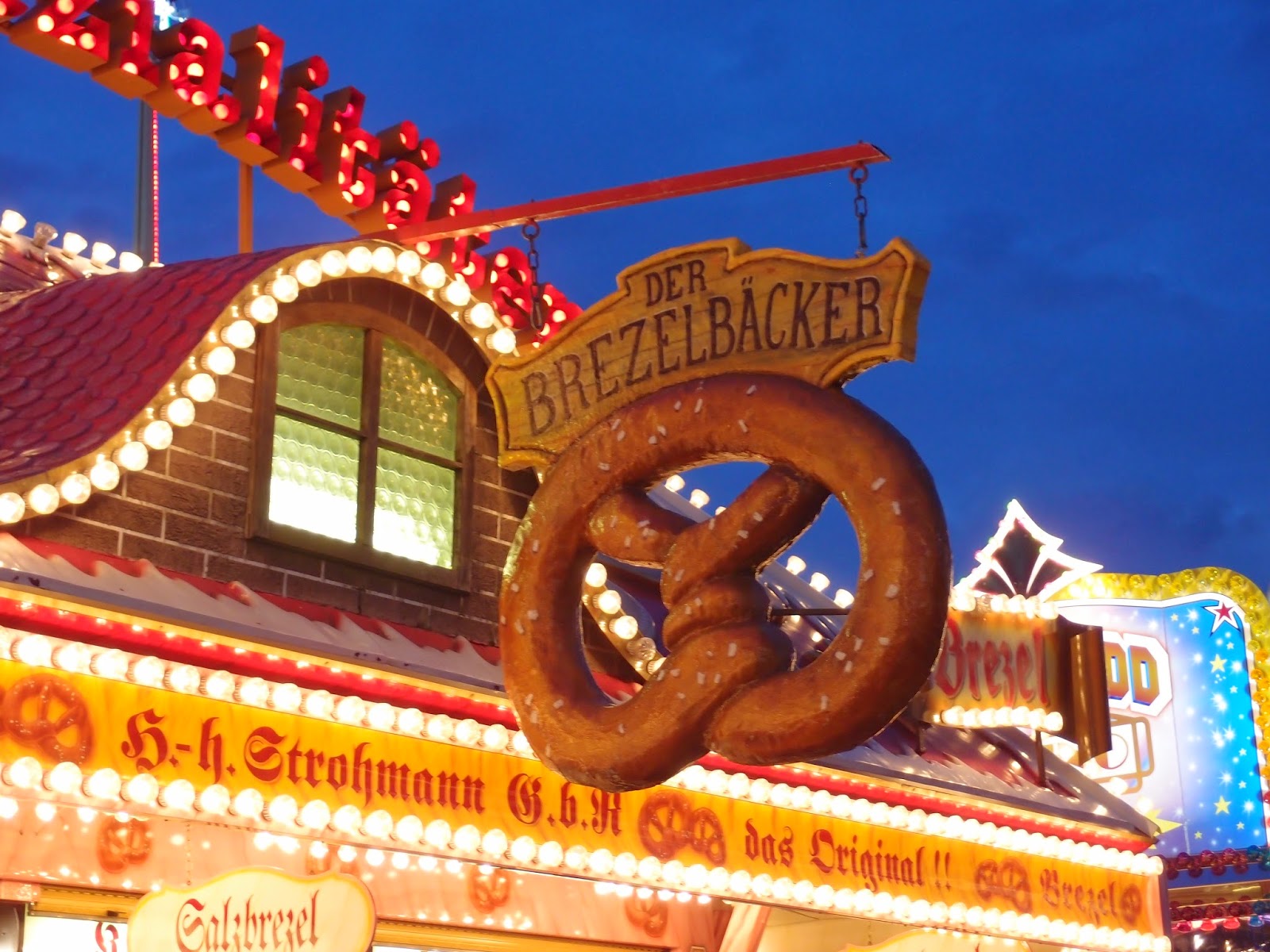 I would like to hear about your experiences of German street food culture. Do I have any German readers who have more idea of the current trends?