Getting to Oslo, seeing the sights and visiting Mathallen 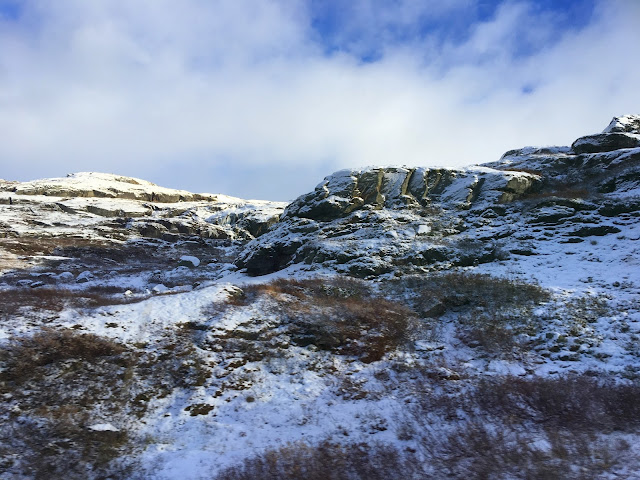 I'm afraid that this will be my last Norway post about our recent holiday. It's kind of sad, but also nice to post more of the usual stuff and recipes from home. Maybe one day we'll get to go back to Norway. Actually after some of the “ordeals” we went through, we decided to go back soon.

We had a bit of an adventure leaving Flåm, as our train had been cancelled due to a power failure on the track. So we were in danger of getting stranded in this little fjord village. It wouldn't have been the worst thing in the world, but since we had planned a stop in Finse, a mountain railway station at 1222 metres height by a glacier, it was quite annoying to hear first thing in the morning. We instantly had to forget about getting to Finse on that trip, as due to the delay and our travel schedule it just wasn't possible. Finse also being a place without roads didn't make it easier. It became clear that we wouldn't be able to complete the whole journey on the Bergensbanen, the main purpose of our holiday.

However we kept quite calm considering our options. The railway staff in Flåm were very helpful and they constantly kept us updated on what was going on, as they were getting more information themselves. At a later point it started looking as if there would be a slight chance of getting a connection train at Myrdal going to Oslo, and the staff advised us to take the Flåm Railway to Myrdal to check. The Flåm Railway wasn't impacted by the power failure. They advised us to come back to Flåm on the Flåm Railway if the Oslo trains wouldn't be running. We didn't object to this, as the Flåm Railway line is very beautiful, as I wrote before. At arrival in Myrdal it became pretty clear that no other trains would be running and it meant taking the train back down the mountain to Flåm to check how we would be able to travel further.

Once again we checked with the helpful railway staff and they said that there would be a rail replacement bus taking us to Oslo in about an hour's time. At that point we were just grateful that it had been sorted out and we would be able to carry on our journey. Little did we know how wonderful a rail replacement service can be. We were just five people that our friendly driver Sverre took through the mountains in his bus. Yes indeed, we never entered any motorways or stupid things like that, instead we took the small roads snaking up and down the hills and mountains by the fjords and through the tunnels, sometimes in dizzying heights. During the bus drive we got to see some snowy mountains, so another goal for the trip was fulfilled. Before we left Flåm we were also told that he wouldn't drive us all the way to Oslo, but that a train to Oslo would wait for us in Ål. And actually that turned out to be the same train that we had planned to take from Finse to Oslo and we were able to use our own booked seats.

We were quite happy that we were able to continue the travel by rail at that point, as that was what we had originally planned. We had very comfortable comfort class seats and spent quite a bit of time in the board restaurant. They served Norwegian craft beers and had several vegetarian options on the menu. We decided to have the noodle salads with vegetables. In the end we arrived very well to Oslo after all that excitement, just a little bit delayed. We had still some time in the evening and the next day to explore Oslo.

We went for a walk on the spectacular opera building and visited the fortress. Both places offered wonderful views of the Oslo harbour. I've been to Norway before, but never to Oslo and it very much reminded me of the other Nordic capitals, Stockholm, Copenhagen and Helsinki. Of course this isn't very surprising considering the similar nations, but also all of these places have very much their own character. I love all of those cities.

I especially liked the indoor food market Mathallen in the Vulkan area of Oslo. They had all sorts of local food and drink on offer and also a lot of international street food. I could easily have spend a whole day in that area, which was also full of cafés, restaurants etc.

Here are some photos en route to Oslo and from Oslo. I hope you enjoy! 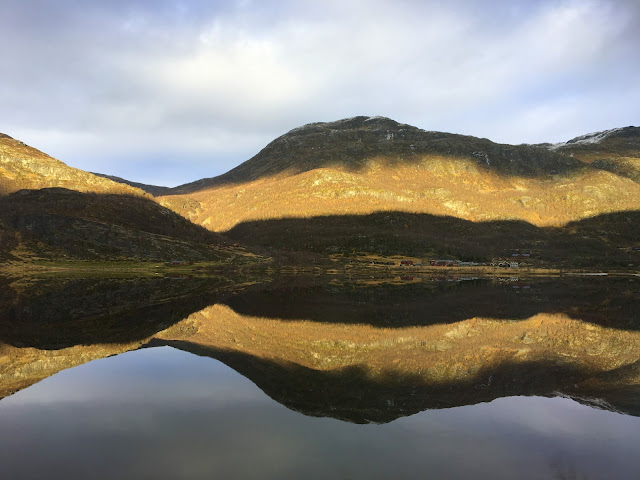 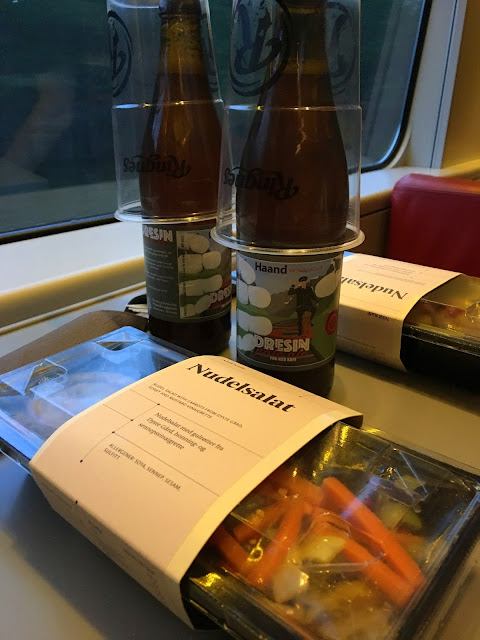 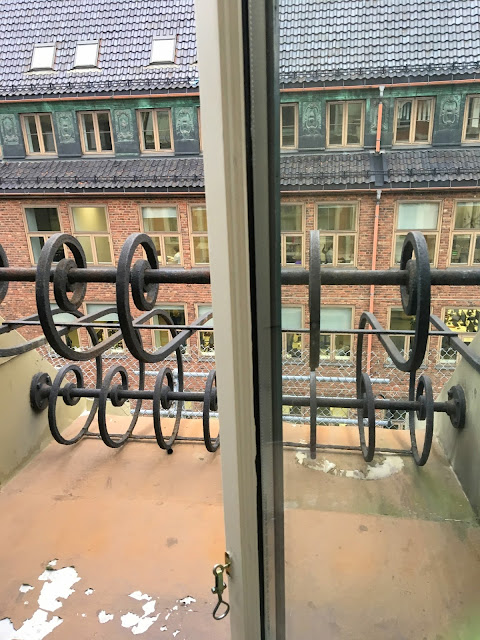 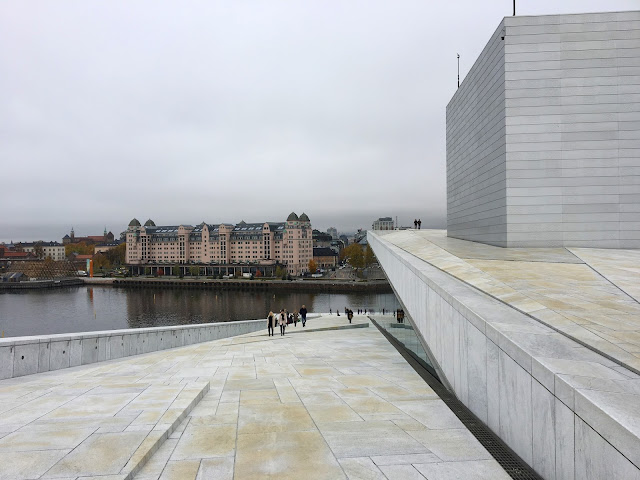 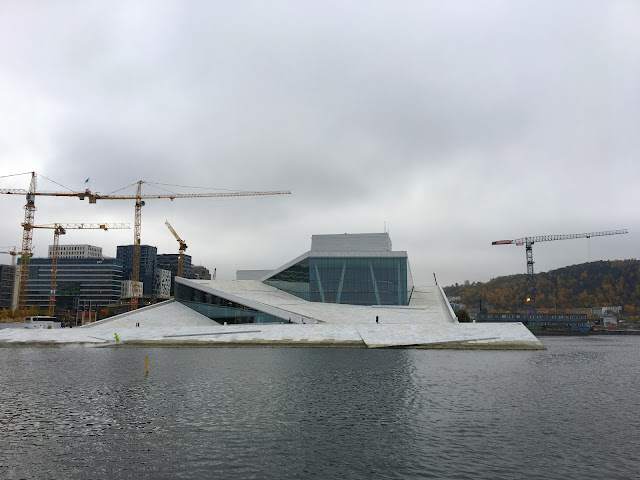 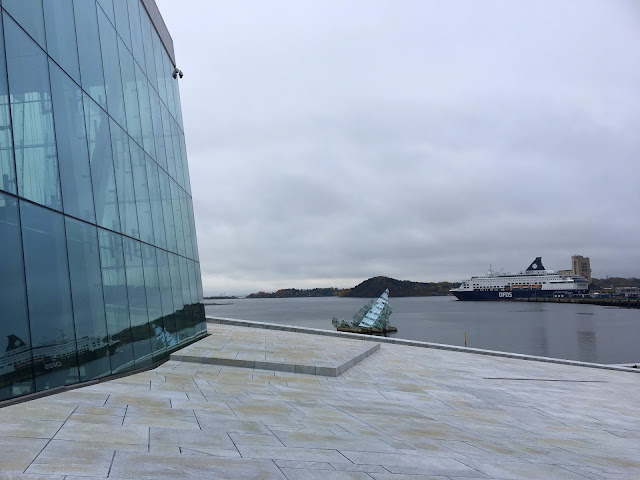 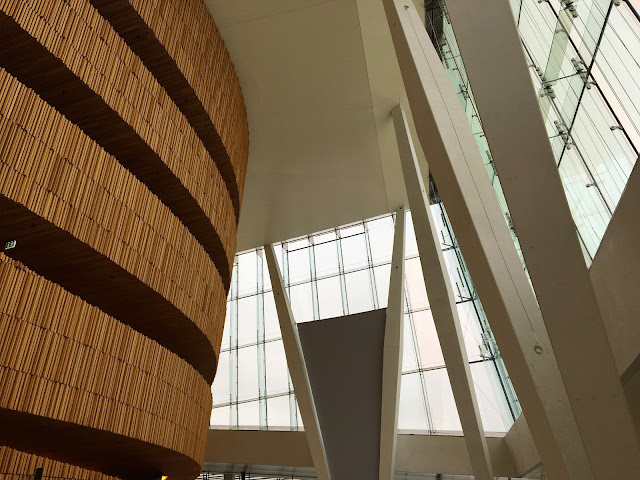 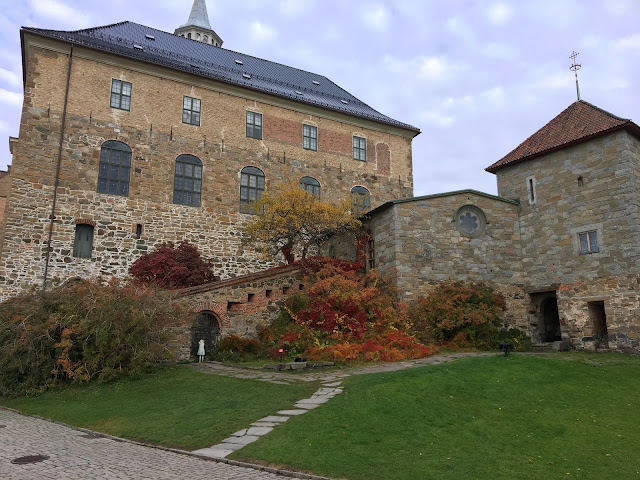 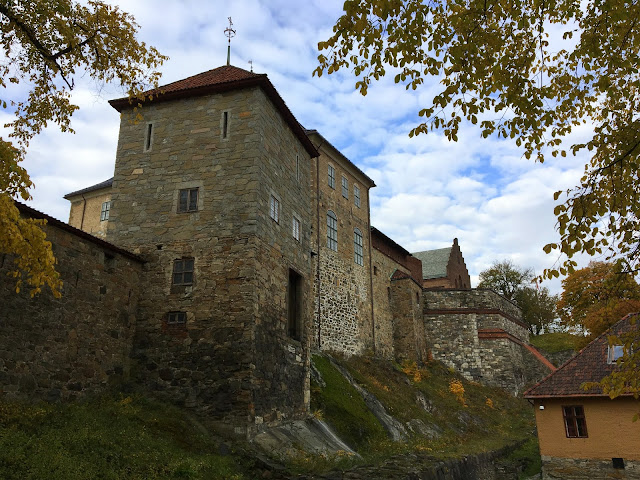 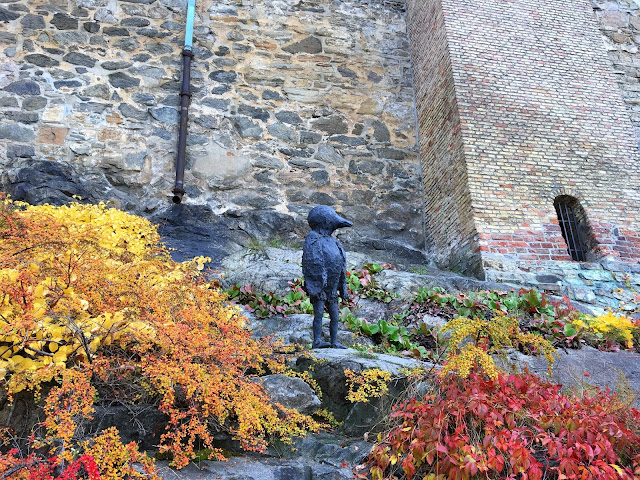 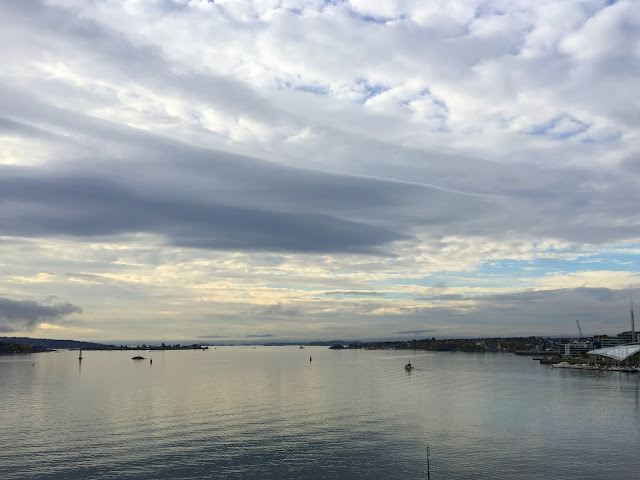 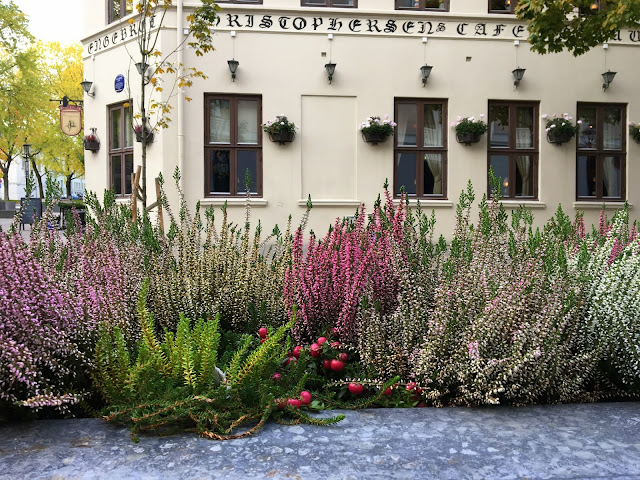 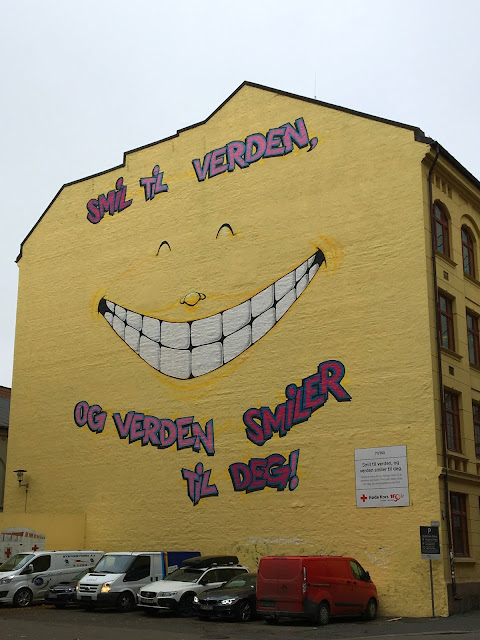 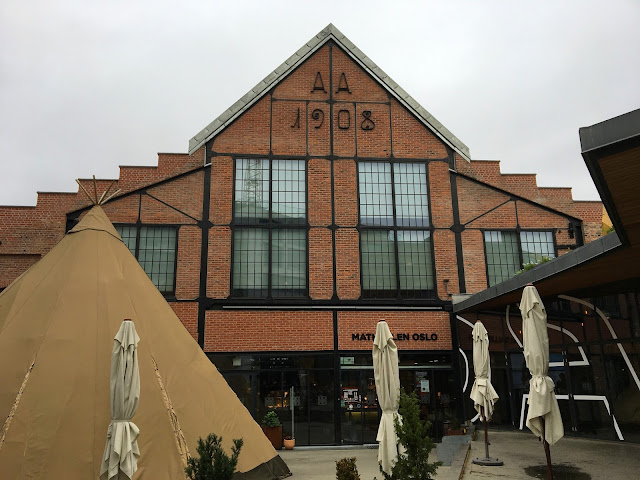 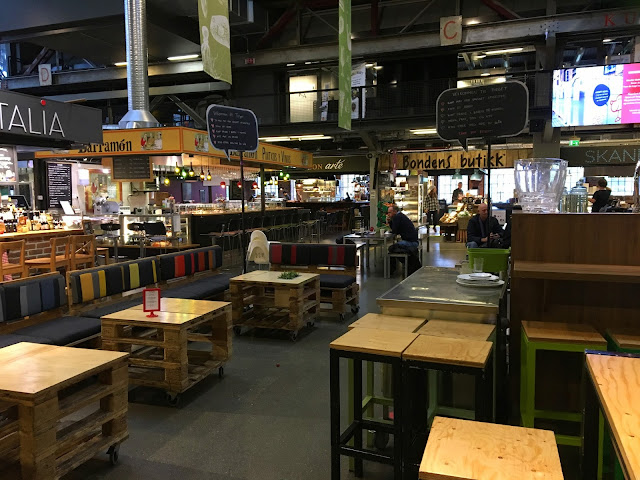 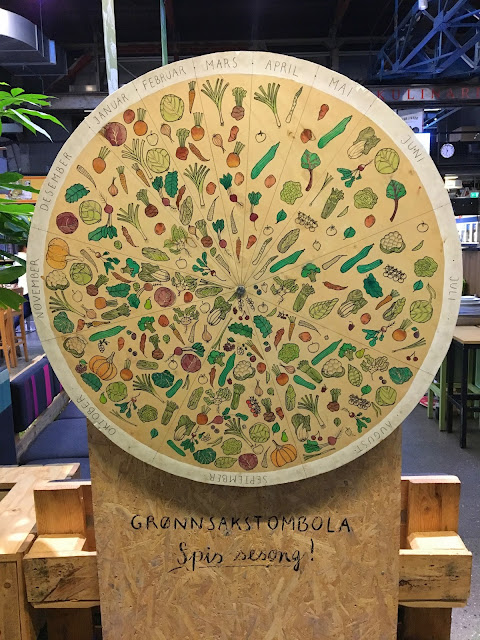 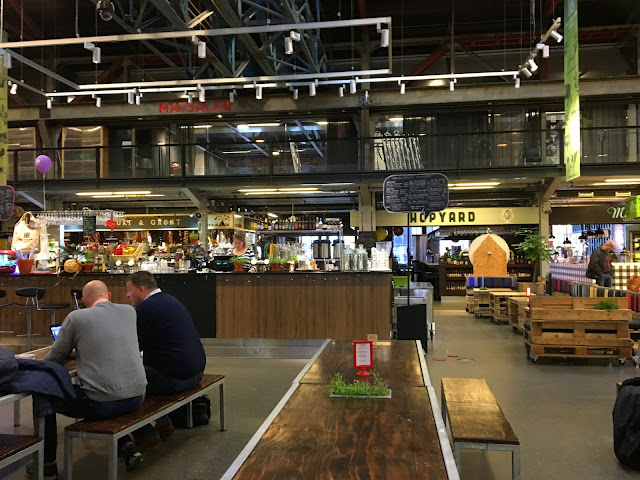