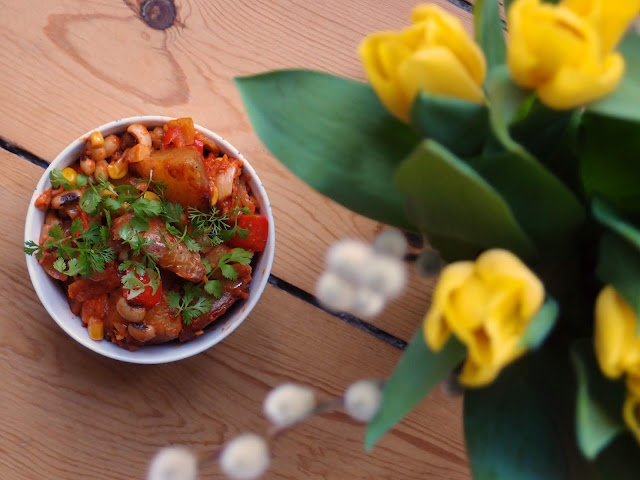 We went to a street food festival yesterday, and it was a very nice event. I think that the rain earlier on the day had scared some visitors away, but when we were there, the weather was lovely and sunny. I want to write a post about the festival next week, so stay tuned.

Now to these spicy chipotle potatoes. I found some great potatoes on the market, and decided to make a Mexican style dish with them. I cooked them thrice, first boiled, then fried crispy and finally cooked with the spices. They were great, and went really well with the black eyed peas, sweetcorn and red bell pepper. I used some chilli cheese in this recipe, but it's only optional. The recipe is also very easy to veganise by skipping or replacing the cheese. Have a look below at my recipe. 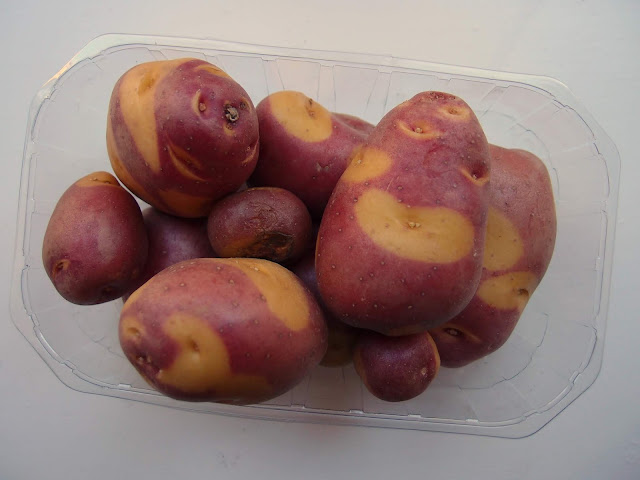 Boil the potatoes until they are done. Fry them in oil until they have a crispy surface. Set them to side.

Cook the black eyed peas until they are done.

Heat vegetable oil in a pan.

Cook the onions, garlic, chilli and bell pepper until soft.

Add the spices, beans and sweetcorn to the mix and let cook for a while.

Then also add the potatoes.

Serve with fresh coriander and enjoy! 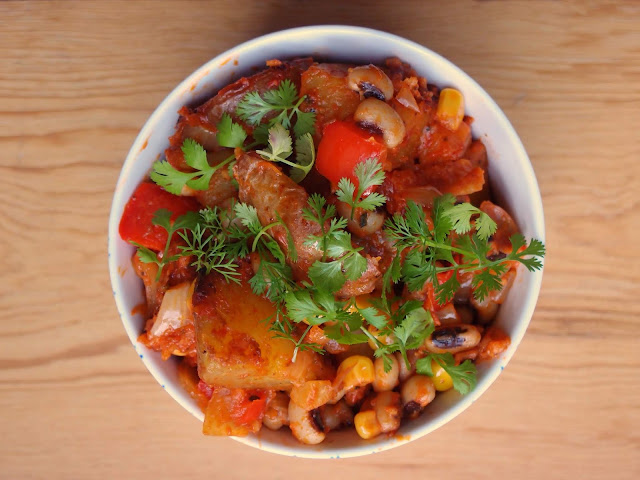 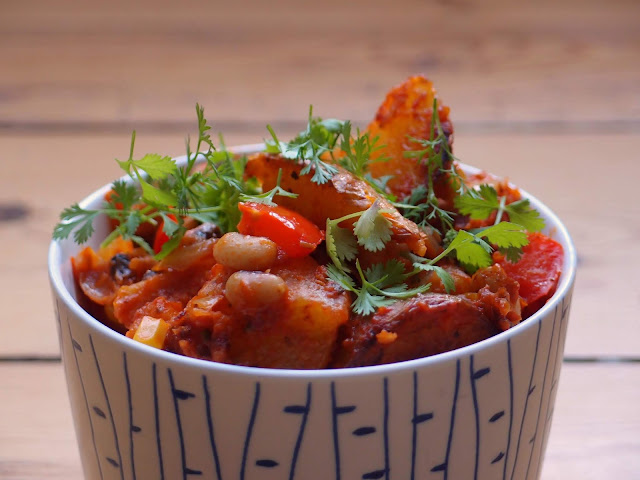 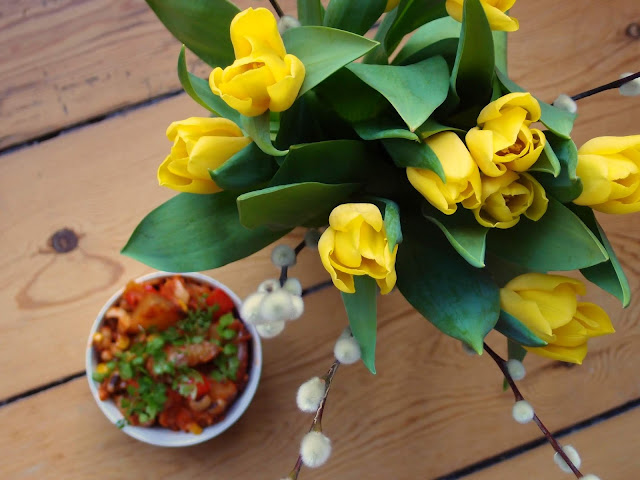