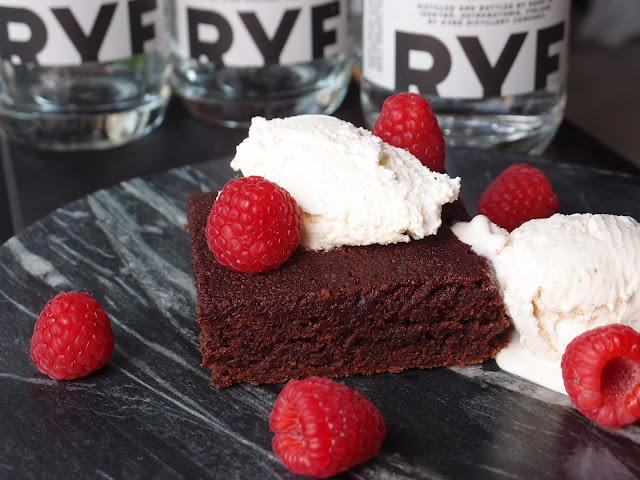 Juuri unaged rye whisky is the star of the show in these brownies. It's distilled by Kyrö Distillery Company in my birth place in Isokyrö, Finland. I've written about these guys a few times before and just can't get enough of their products. In the meanwhile their range has grown and I can't keep up tasting everything and introducing it here. Luckily in August I will be going to Finland again and should get a chance to sample a few of their products. The title of the post is a reference to the distillery's products and marketing, as they often use the “rye rye” thing. 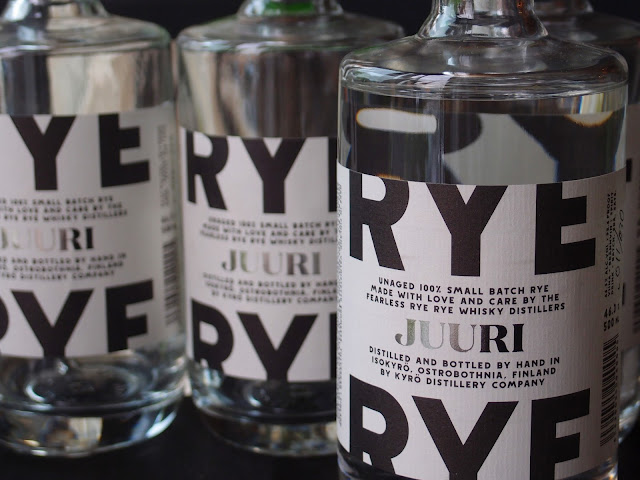 For the recipe itself I took guidance from Waitrose's Chocolate and Whisky Brownie Cake, but have posted my own version below. I added some rye flour to the recipe as well to make it double rye with the whisky. I wanted to make sure that I'll get a nice and dense texture for the brownie and thought it's best to take some advice from other recipes. Here's how I made the brownies.

Melt the chocolate and butter in a water bath.

Whisk the eggs with the sugar.

Add the cooled chocolate and butter mix to the eggs and sugar.

Carefully add the flour and baking powder and mix into a dough.

Line a baking tin with baking paper and grease it. I baked mine in a 27 x 17 cm rectangular baking tin.

Bake at 180 C for about 35 minutes. The dough should be a bit soft in the inside, which you can test with a skewer.

Let rest in the tin for 15 minutes after the baking.

Remove from the tin and pour the whisky on the top.

Let rest for at least 10 minutes and then cut into squares. 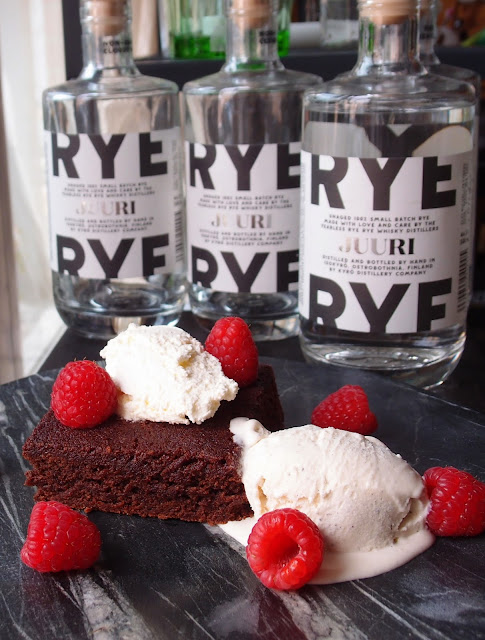 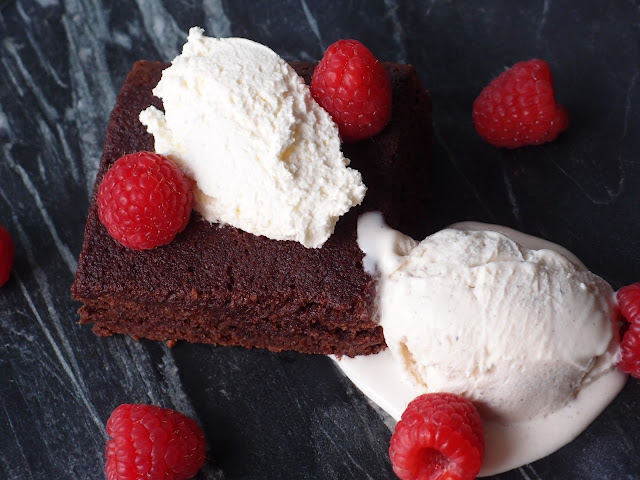 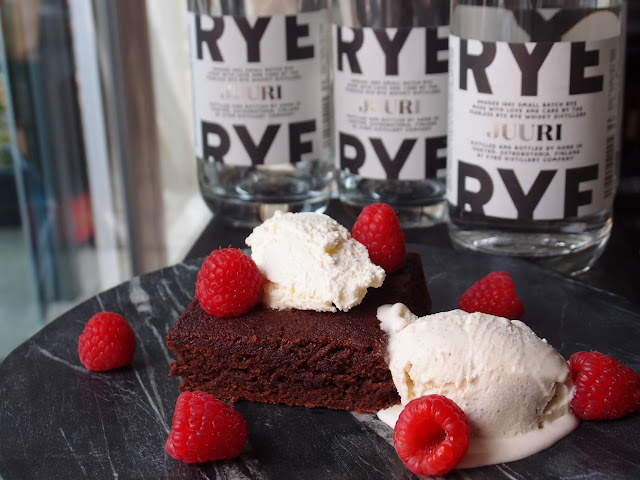 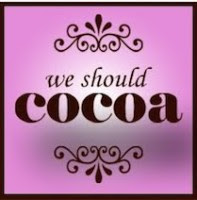 I'm entering the recipe to the We should cocoa challenge. It's hosted this month by Johanna from Green Gourmet Giraffe and co-hosted by Choclette from Tin and Thyme. This month's theme is malt, which got me curious and thinking of some nice combinations. I was certain that the maltiness to my recipe would come from either beer or whisky, but went with whisky in the end. It was nice to be baking for a change.

Have a nice week!