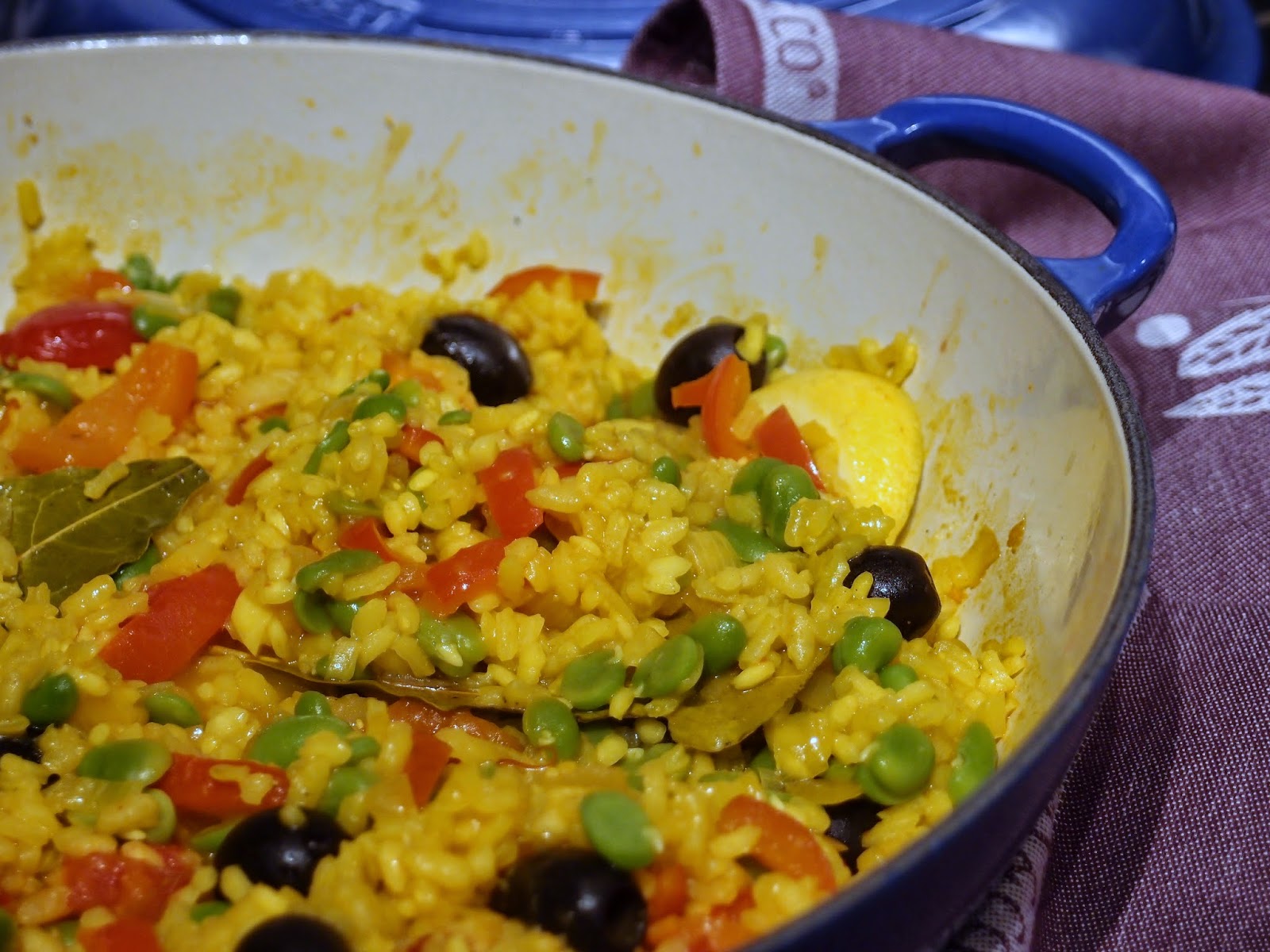 A mixed vegetable paella has been in the planning for a while for me, and for the first one I'd ever cook, I thought I'd better follow a recipe. My partner has been a little reluctant whenever I've been suggesting a vegetable paella, but now I finally got my way, and of course in the end he loved it, too!

I adapted this dish from Ottolenghi's Multi-vegetable Paella recipe in Plenty (p. 80-81), which has also been published in The Guardian. I do find that Ottolenghi cooks just perfect food for this season, and that's why I have been following more of his recipes again lately.

I made some alterations to the paella ingredients, but pretty much followed the method in the recipe. I'm posting my own version below. Mine is kind of a basic vegetable paella, but it was so nice – smoky and full of vegetables – and I will be cooking it again. I guess the Ottolenghi version is more spectacular, but I liked mine as well.

So here's how I made my Vegetable paella with bell peppers, broad beans and black olives. 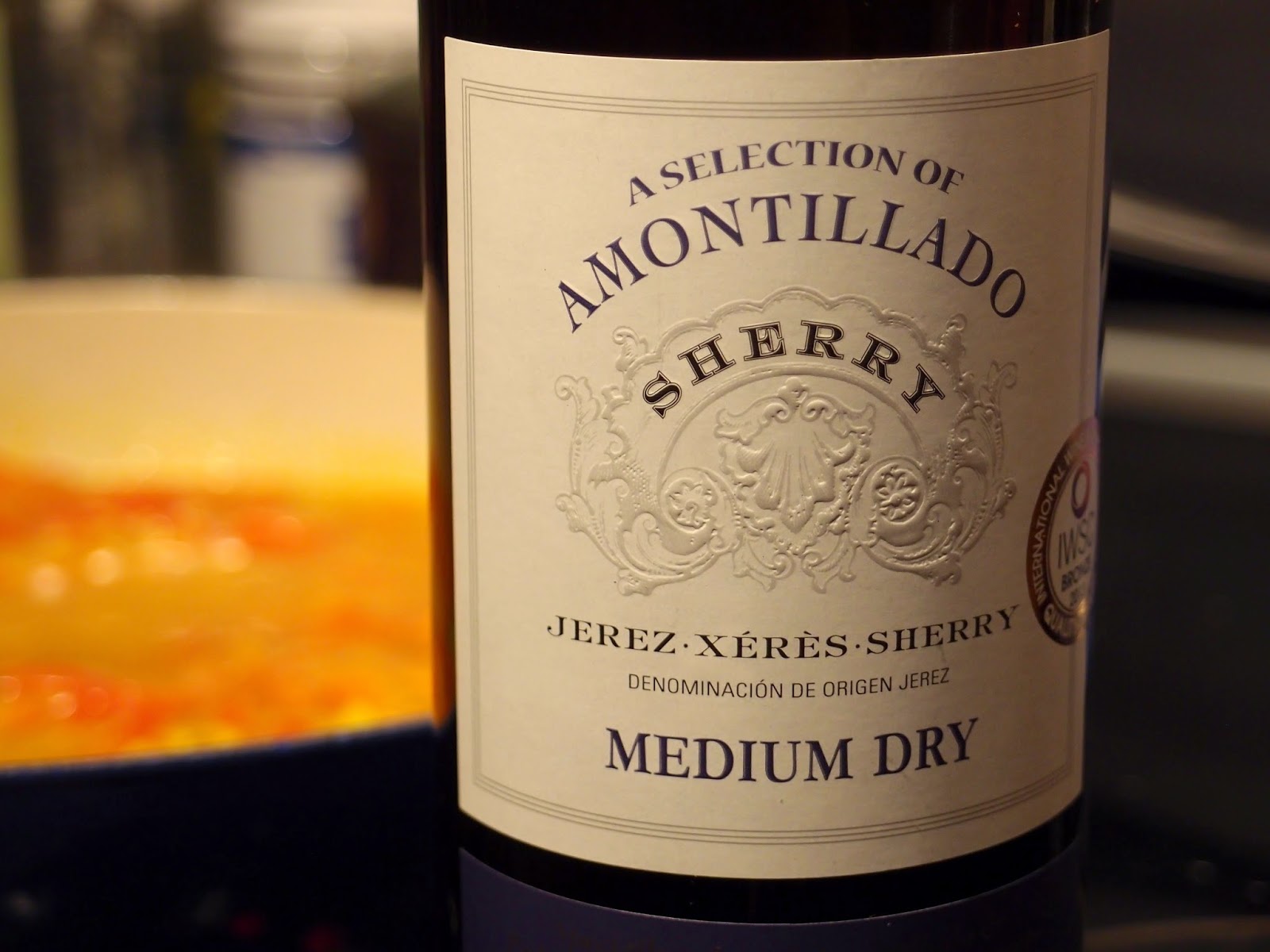 Chop the shallots and bell peppers into long thin strips and the garlic finely.

Heat up the vegetable stock.

Heat the olive oil in a pan and fry the onions for a few minutes.

Add the peppers and after a while the garlic.

Then add the bay leaves, paprika, turmeric, cayenne pepper and the paella rice.

Stir through for a couple of minutes before adding the sherry and saffron.

Let cook for a couple of minutes and add the vegetable stock and little salt to taste.

Simmer the open pan for about 20 minutes until the rice is cooked and most liquid has been absorbed. Avoid stirring, and this is what makes paella quite different from a risotto.

In the meanwhile prepare the broad beans by boiling them and then removing the skins. These will be added just before serving so that they can just heat through.

Cut the mini plum tomatoes in halves and scatter them and the olives into the pan. I also added the lemon wedges at this stage, but you can also add them for serving only, if you prefer.

Let it all rest under the lid for about 10 minutes. Add any of the spices to taste, if you are not happy with it yet. 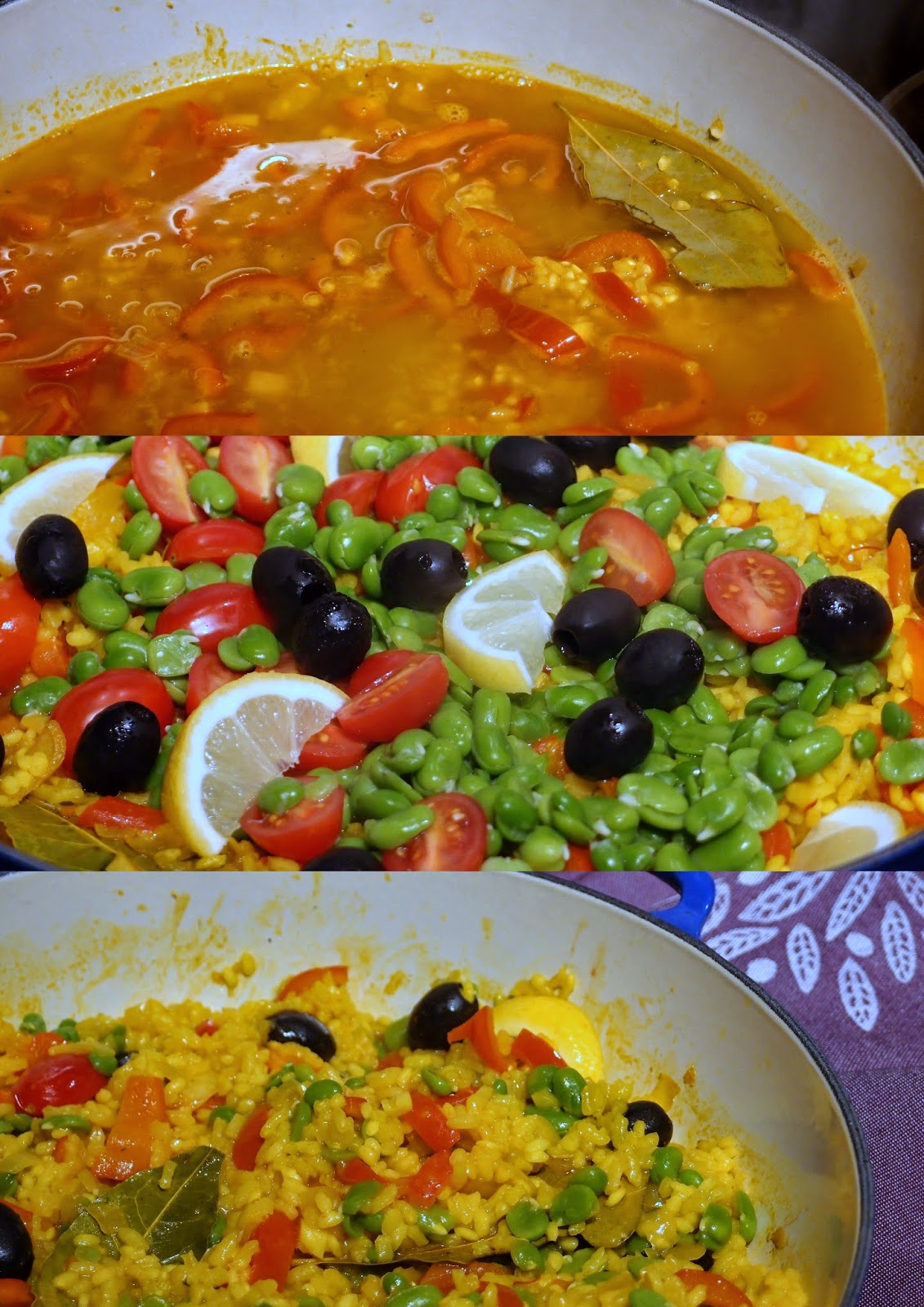 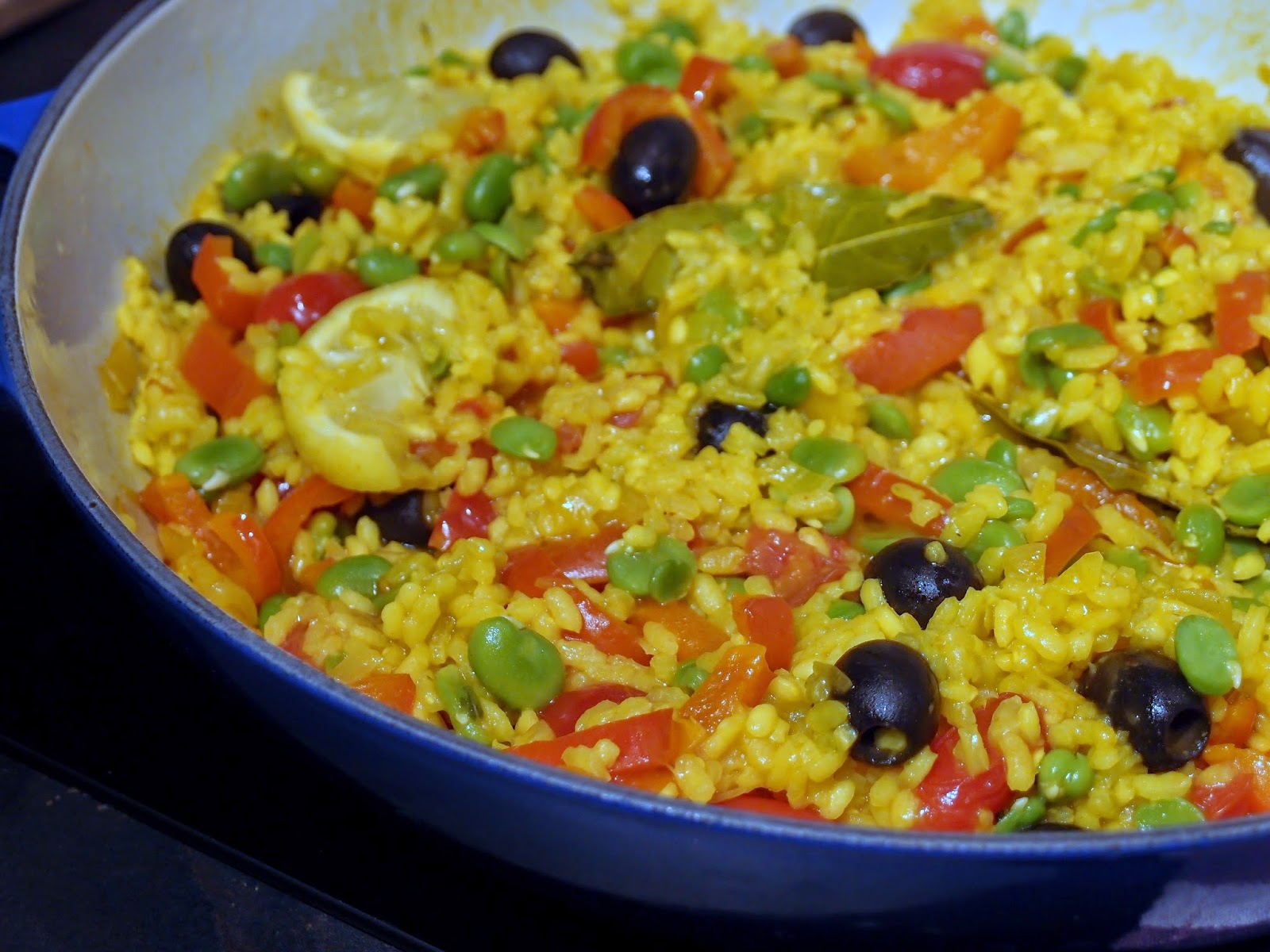