This week and February are both drawing to a close and I must say that I'm pleased about my weekend without plans. Well, there are plans to take it easy and cook nice food, but that's about it. What have you planned for the weekend?

So, now to today's recipe. I added some lentil and radish sprouts to today's stir fry, and they make a very tasty and nutritious addition. I have been sprouting a lot lately again. I normally have phases when I eat more sprouts and then forget all about them for a couple of months. 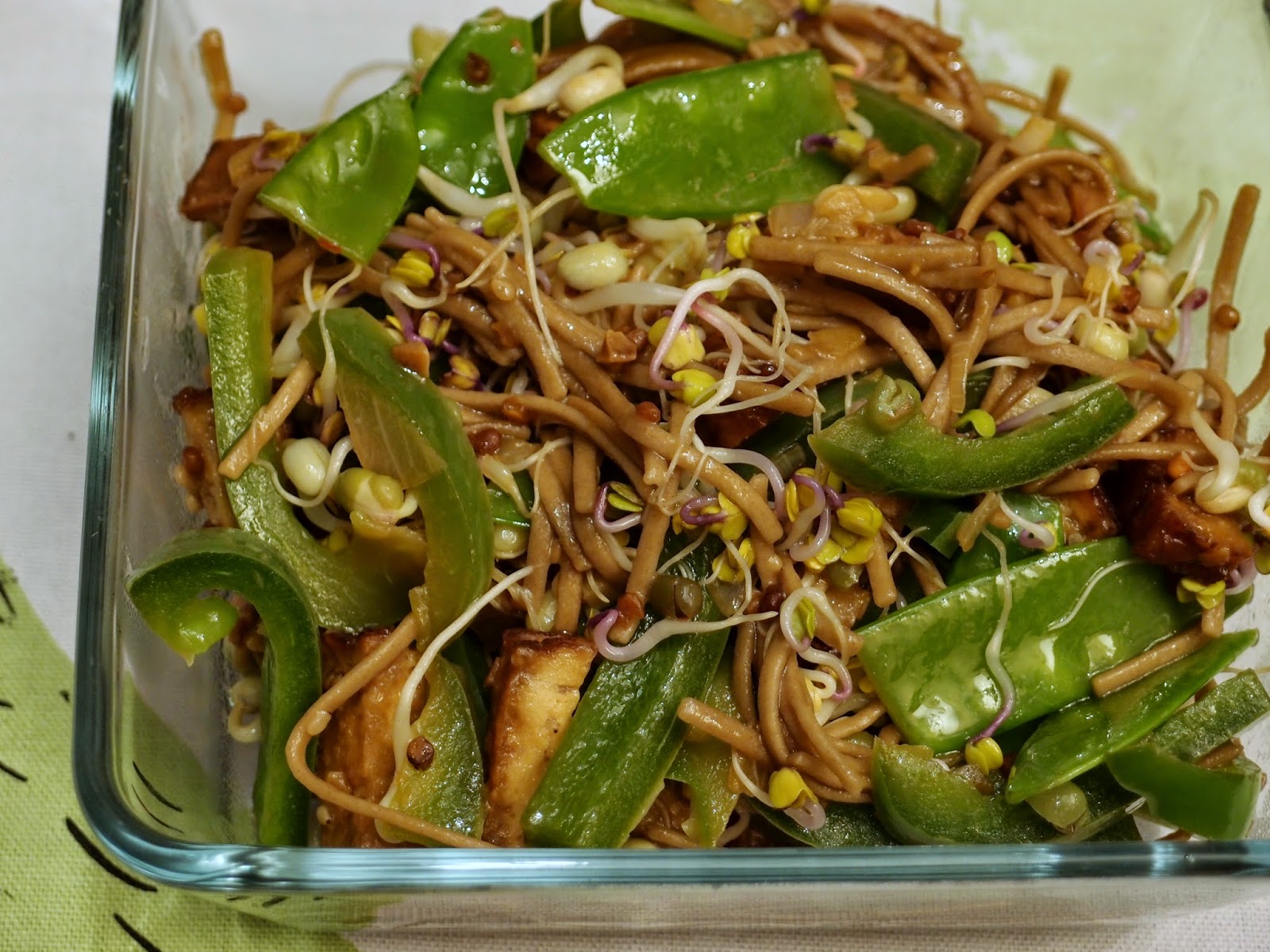 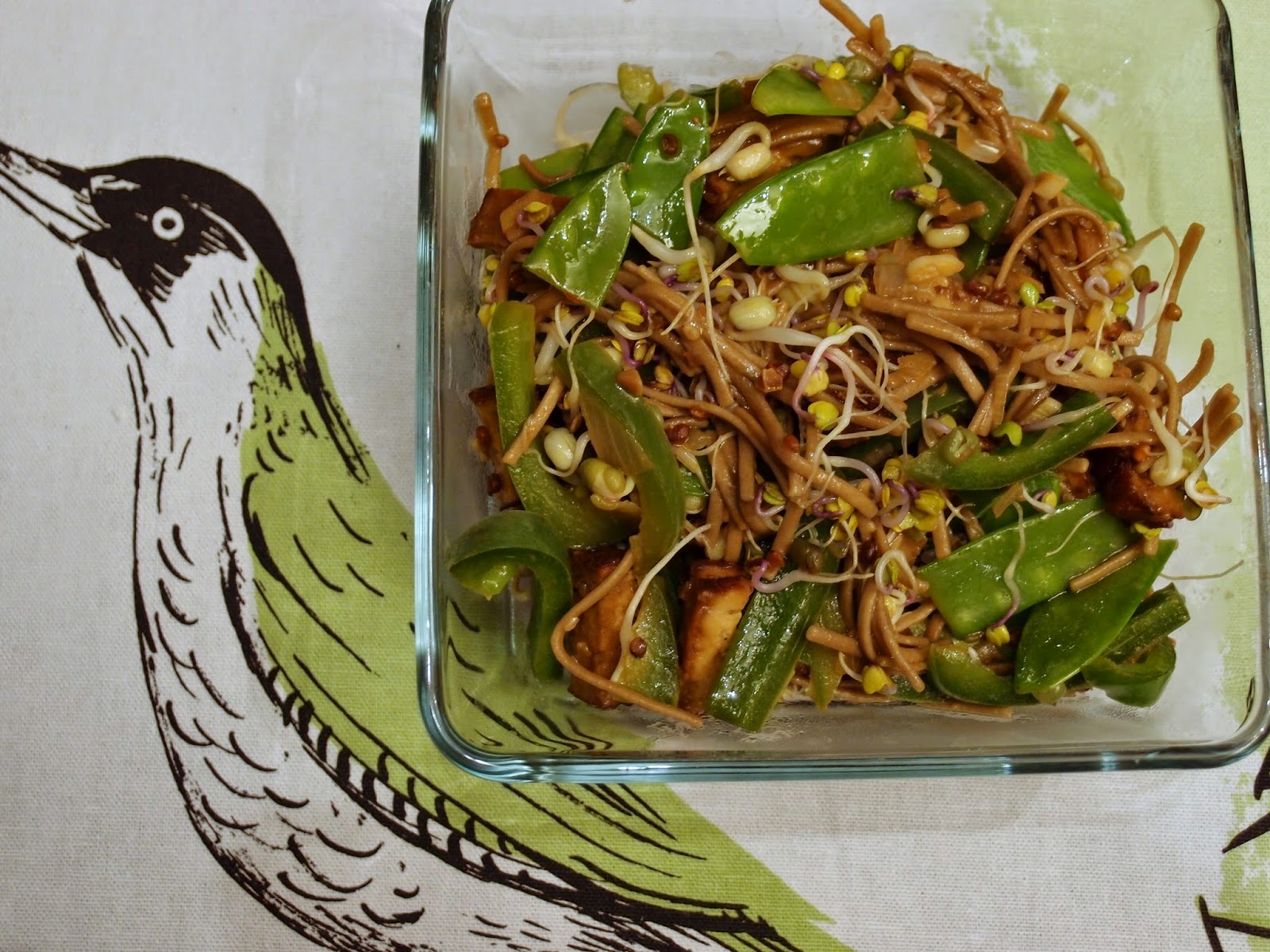 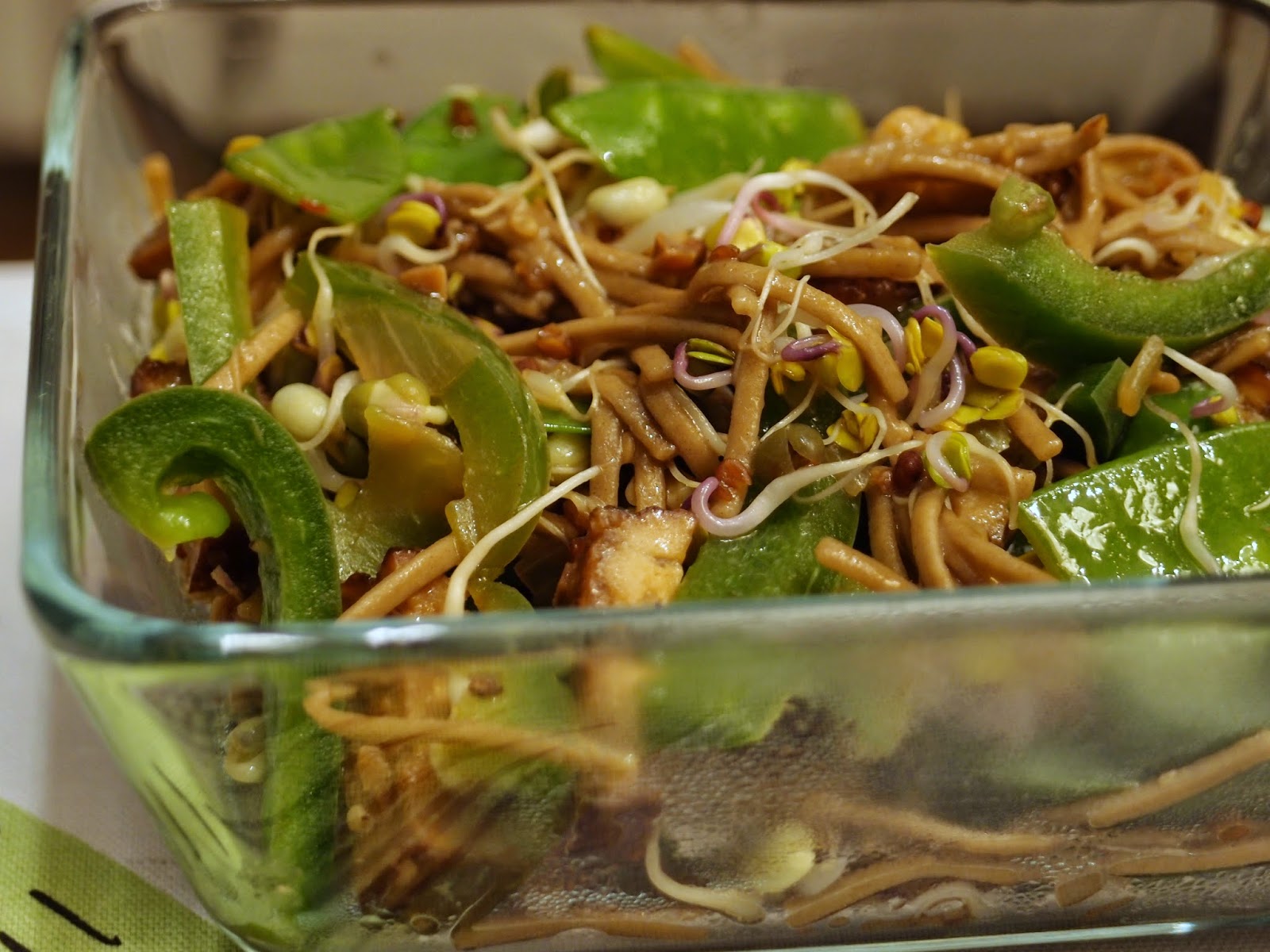 Chop the tofu into small cubes and fry them until firm in the groundnut oil.

Cook the noodles and set to side. They don't need to be fully soft, as they will cook a little in the stir fry later.

Chop the bell pepper into this strips and the chilli, shallot, ginger and garlic finely. The mange tout peas can also be cut into halves.

Fry the pepper strips in a hot pan with a little oil and set to side. I like to leave them with a bit of crunch.

Cook the chilli, shallot, ginger and garlic also in a little groundnut oil until soft and then add the tofu, peppers and mange tout peas followed by the noodles.

Pour the sesame oil, soy sauce and Shaoxing rice wine into the pan and cook for a few minutes. Don't take my ingredient amounts for these liquids too seriously, just keep splashing and tasting while you stir.

Stir the sprouts in just before serving and serve instantly. 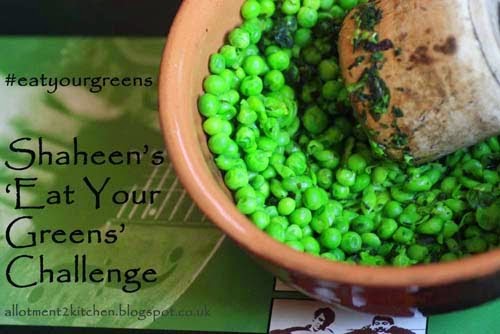 I'm also sharing this recipe with February's edition of the Eat Your Greens challenge by Shaheen from A2K - A Seasonal Veg Table.