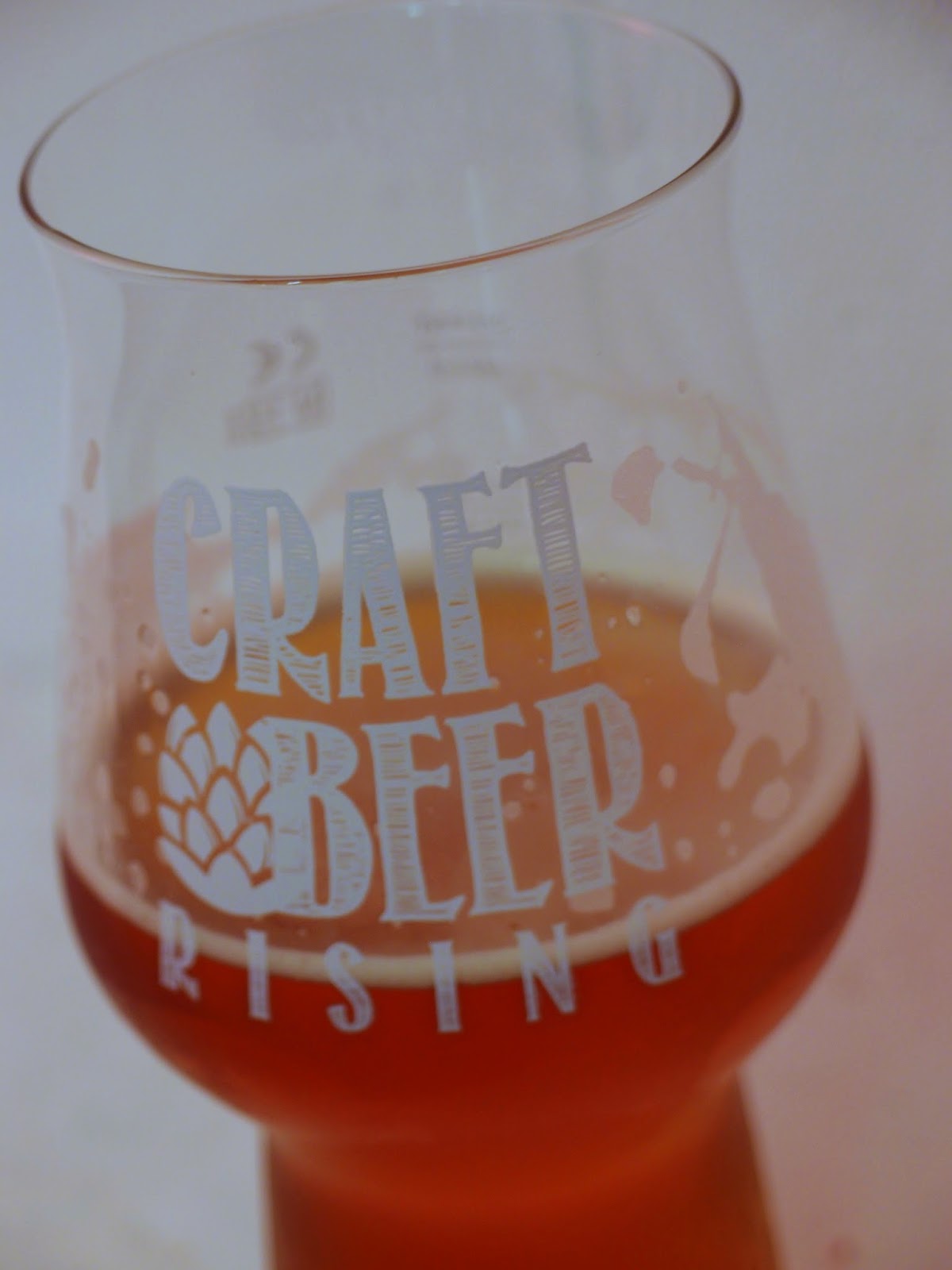 Last Saturday I visited a beer festival called Craft Beer Rising in London for the second time (here is my last year's post of my visit there). I liked the event so much the last time around that I knew I would return again. This year it might not have been the perfect timing after an excessive beer tasting trip to Belgium, but at least these beers were now quite different. Again I had some pretty special beer tasting experiences from mostly the UK, but also the US. Here follow some notes on the beers and ciders that I tasted.

Bear Hug Brewing: I tasted this nice Hibernation White IPA (5,2 %) already last year and was hoping that the Bear Hug Brewing would show up at the festival again this year. They are very friendly people promoting some excellent beers. The Himalayan Red Rye Ale (5 %) was a new beer for me. It tasted of pine and grapefruit with rye bread toast and had a long bitter finish.

Purity Brewing Company: Longhorn IPA (5 %) is a fresh, well-balanced beer that has almost like sweet grassy aftertaste and heads of tropical fruit. They had really cute cow beer cans there, but unfortunately the cans weren't on sale at the festival. Surely I can get them online... 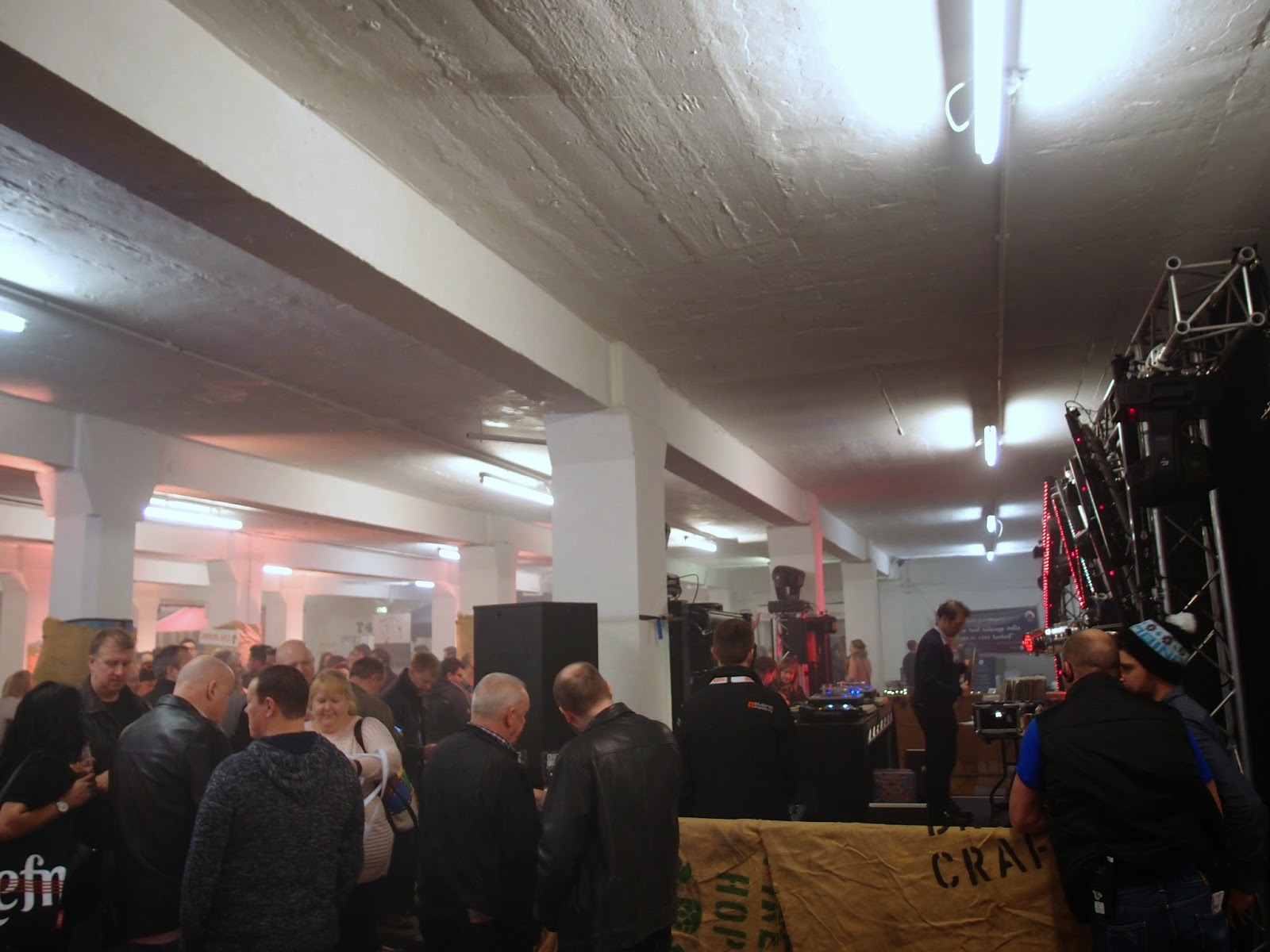 Orchard Pig: Hog Father (7,4 %), was the only cider I tasted now, but It's Hog Father! As you may already know, the Orchard Pig ciders are some of my main favourites at the moment. This one was a few months ago couple of times at my local pub on tap. It's a strong still cider with a slight cinnamon flavour and vanilla in the aftertaste. 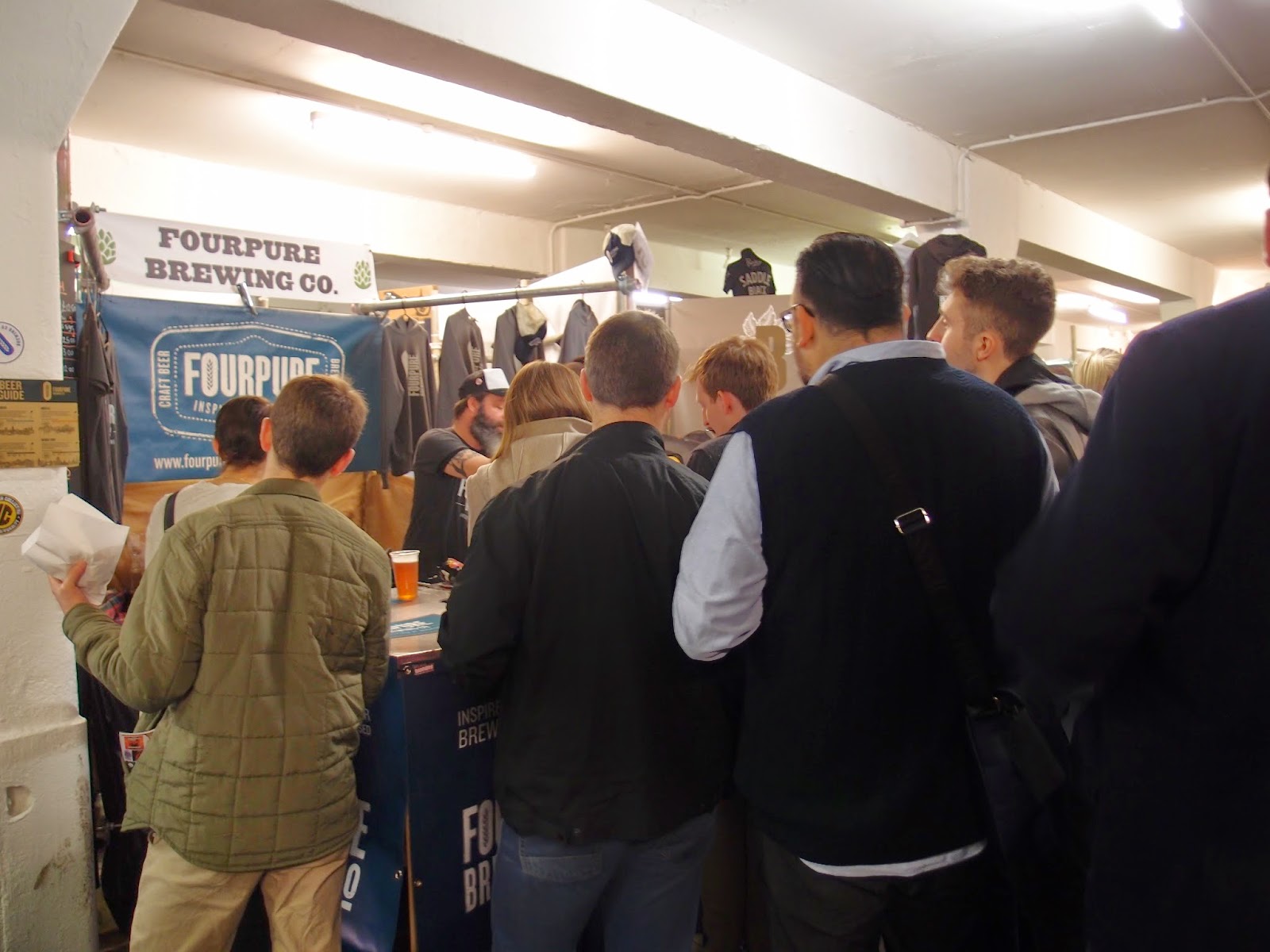 Black Isle Brewing Co.: Hibernator (7 %) is an oatmeal stout, and I wouldn't have thought that it could be this good. Because I had never tasted an oatmeal stout before, I was being somehow sceptical. The beer has bitter chocolate notes with rum and raisin. There's a liquorice and coffee smell and a smooth rich malty finish. Smoked Porter (5,5 %) seemed like the most unlikely beer for me to like, but I absolutely loved it! It has tar and whisky smell, slightly woody taste, hint of raisins. It's smooth and smoky with an aftertaste like Islay whisky.

London Fields Brewery: A local London brewery with tasty beers with nice names like the Shoreditch Triangle IPA (6 %) that has some grassy hoppy notes, has been dry hopped, dry, aromatic and tastes like a home brew. Hackney Hopster (4,2 %) is a Pacific Pale Ale that has a somewhat German style malty character and is more continental. 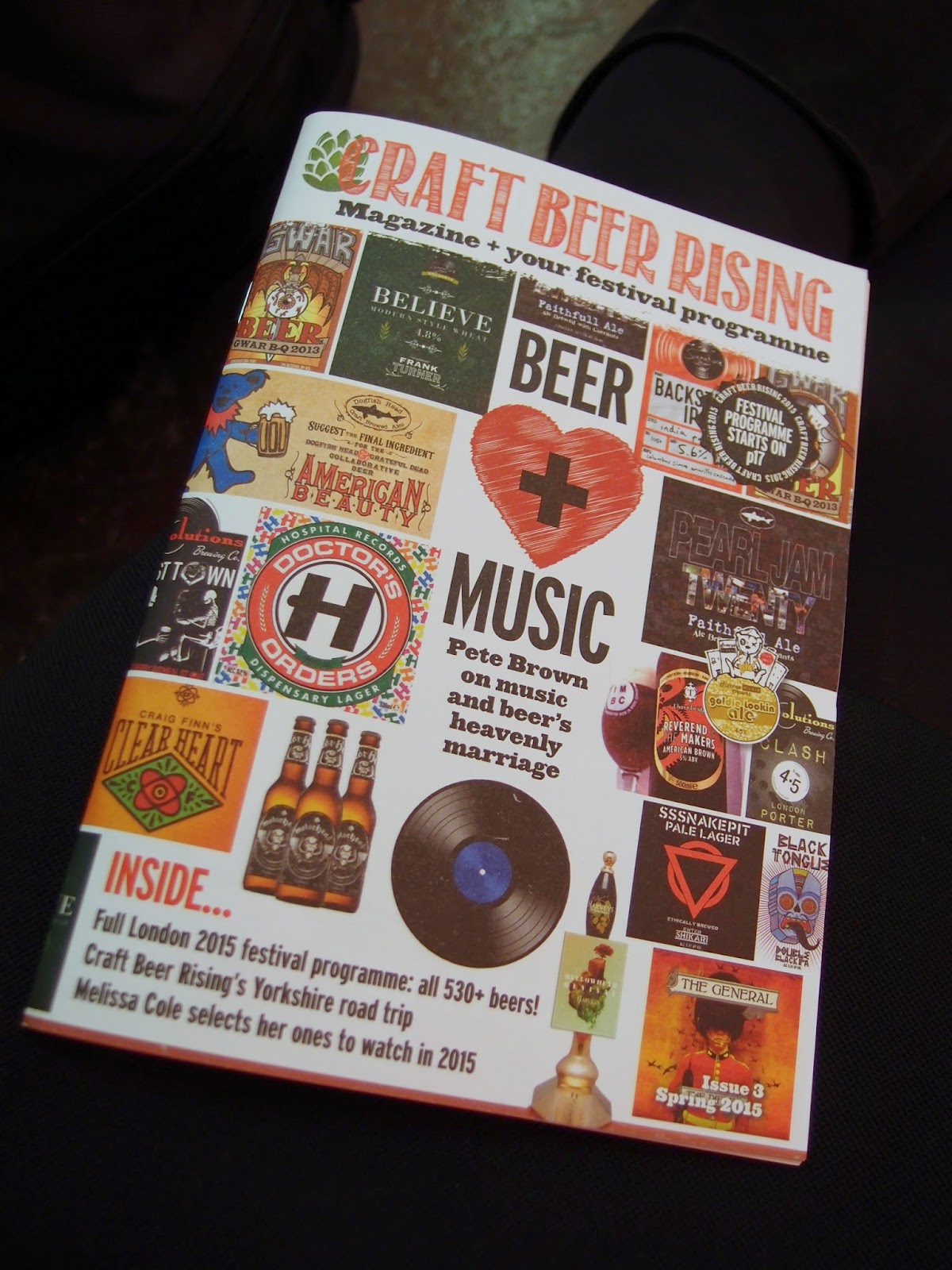 Beavertown: I do adore the Beavertown beers in the quirky cans and often buy them at my local beer shop. Now I didn't find the people serving especially friendly, so it also seems to have been that off putting that I forgot to write down any notes on the beers. I drank Gamma Ray (5,4 %) American Pale Ale and Bloody 'Ell (7,2 %) Blood Orange IPA. However these might appear in my blog later for a review.

Euroboozer: I tried the Schremser Bio-Roggen (5,1 %), which is an organic Cloudy Rye Beer. This beer was unfortunately served a little bit too cold. Rye would have tasted better at a warmer temperature.

Founders Brewing Company: These Founders products are just exquisite and came with a very nice service. Backwoods Bastard (10,2 %) is a Barrel Aged Scottish Ale with a blast of caramel whisky, toffee, vanilla and raisins. It's also very smooth. I have tasted the All Day IPA (4,7 %) before. Its tasting notes are resin, pine, maybe papaya and it's very fresh and easy to drink.

Hopefully this could give you some guidance for choosing quality beers, or to inspire you to visit the festival next year in London or at its other locations. Here are also a couple of atmospheric London photos I took on my way home. 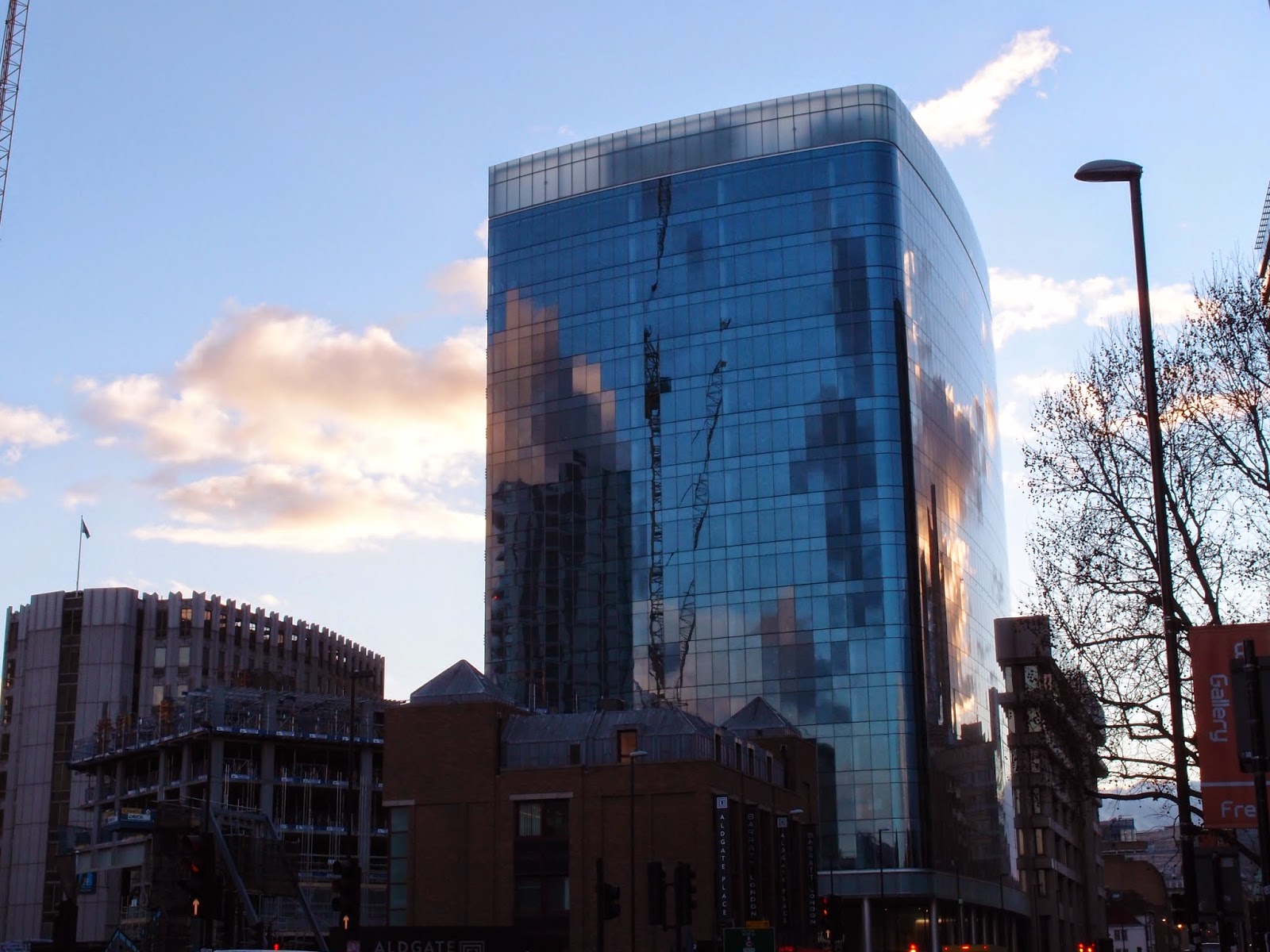 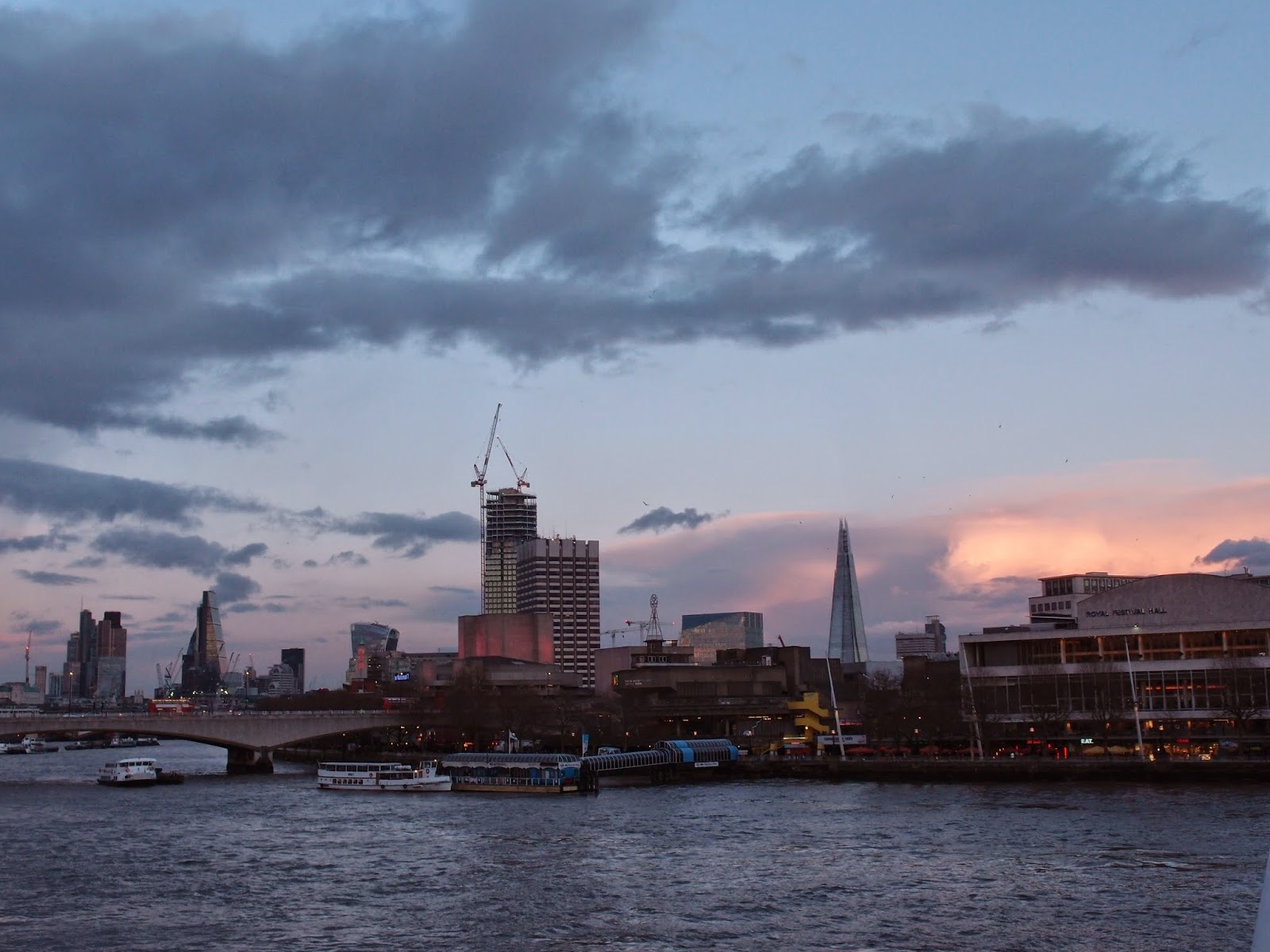 Have a good weekend everyone!