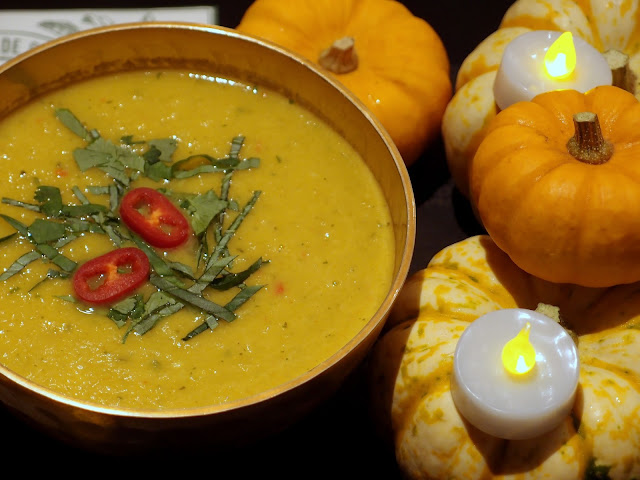 I guess it could be too late to post a pumpkin recipe for Halloween now, as everybody has probably already made their plans. I didn't have time to post this earlier, as I was on holiday, but here it is anyway, maybe pumpkin recipes are needed after Halloween too. I know that I will be cooking loads with pumpkins and squashes still this autumn and winter, as I just can't get tired of them.

I have already posted the recipe for this vegan soup here: Thai inspired pumpkin soup. It's my partner's signature dish, with which he tired to win me over many years ago and succeeded. It may not have been the soup alone, but I can't deny that it had something to do with it.

This time I added some fresh thai basil leaves to the soup to give an extra anisseed type of flavour, but otherwise I followed the originally posted recipe pretty closely. The seasoning was made more to taste and I added the ingredient amounts pretty much randomly. However the result was great and I soon want to make this again! 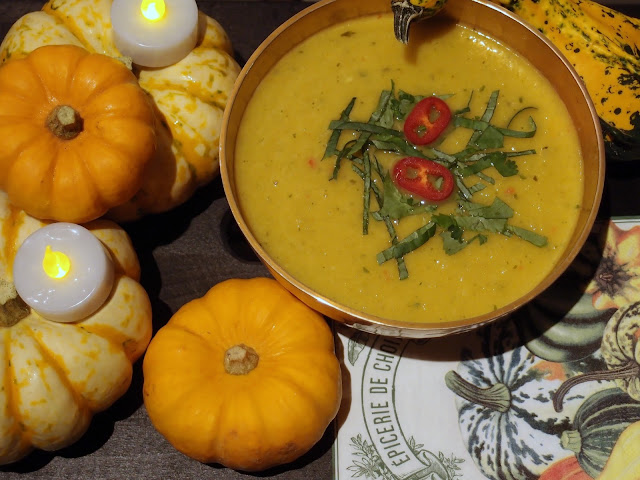 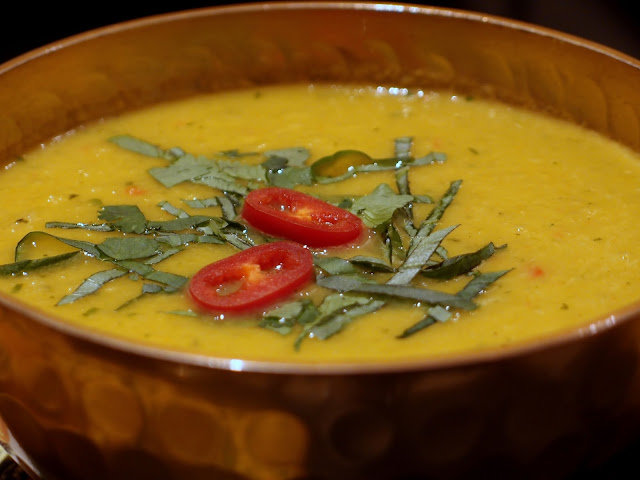 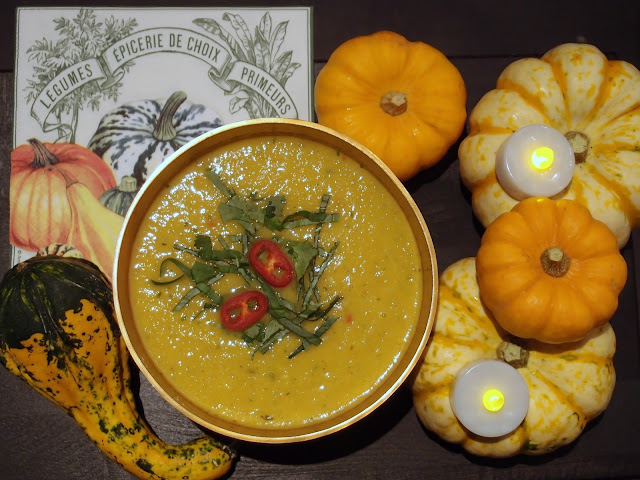 Have a nice All Hallows' Eve everyone!