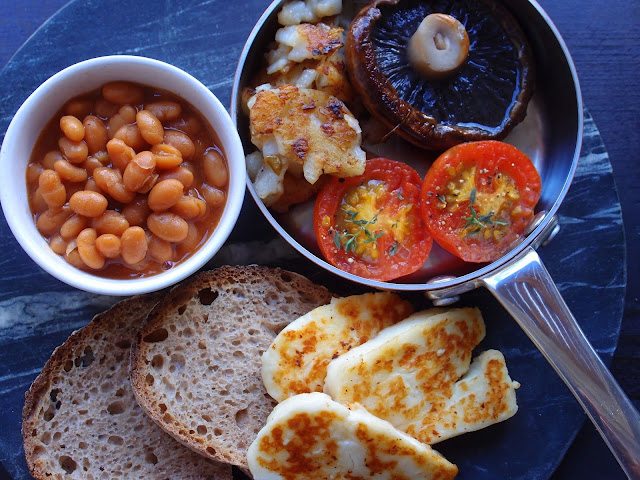 I haven't made a proper fry up at home for a while and I thought that it would a nice thing to have on a Sunday morning when there's a bit more time to make and eat a bigger breakfast. After a little bit of effort, the huge breakfast was ready and it was so filling again. It really keeps you going for quite a while.

This time I made a slightly different version, still containing beans, fried tomato and mushroom, but I also added fried halloumi instead of veggie sausages. Halloumi makes a very good addition to the English breakfast, as it's so nice fried and it's an extra protein there and a filling agent.

The bread was spelt sourdough bread and I made the hash browns myself. I tried a new recipe with them that doesn't contain eggs, just potato, onion, seasoning and butter. I had a bit of a mishap with them, as they quite fell apart and became deconstructed hash browns. I think that was due to the too large potato pieces and perhaps I didn't let the butter and potatoes cool enough so that they would've stuck better together. However, they tasted wonderful with the breakfast, so I didn't care too much.

Are you a fan of a veggie fry up? What are your favourite components of the English breakfast?

Have a relaxing Sunday! 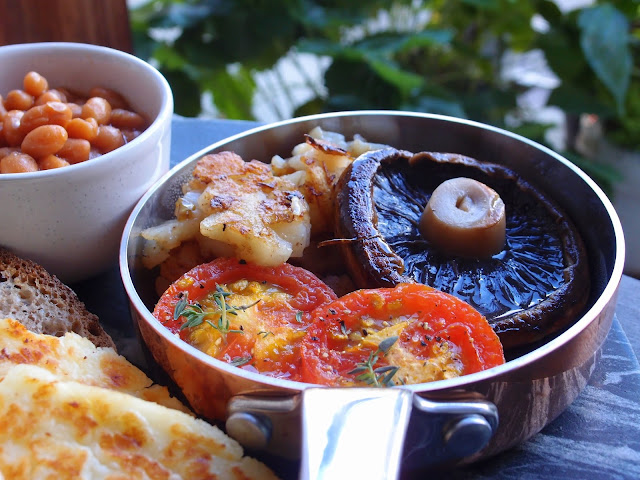 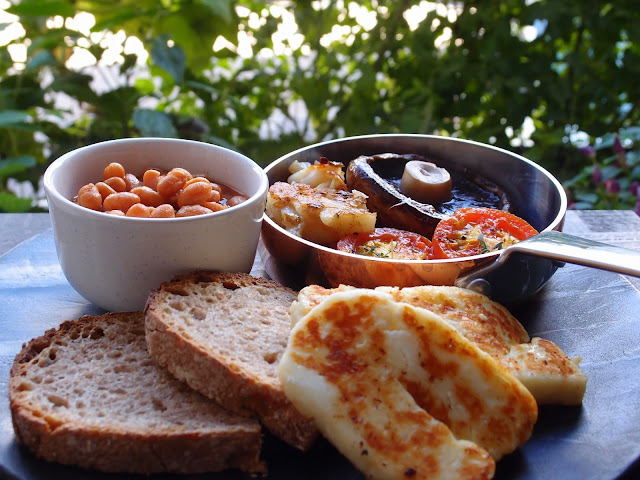 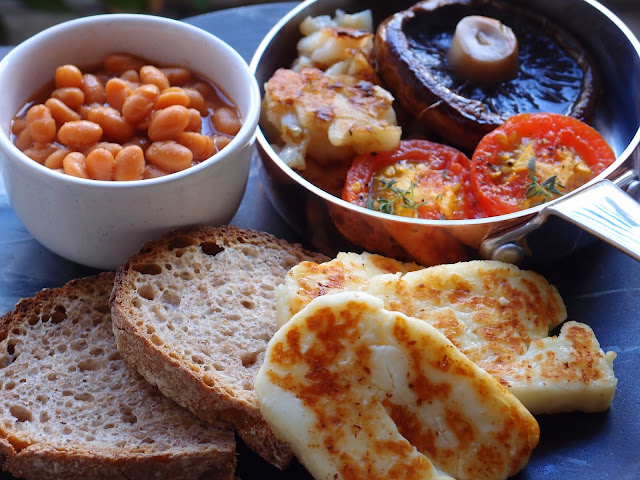 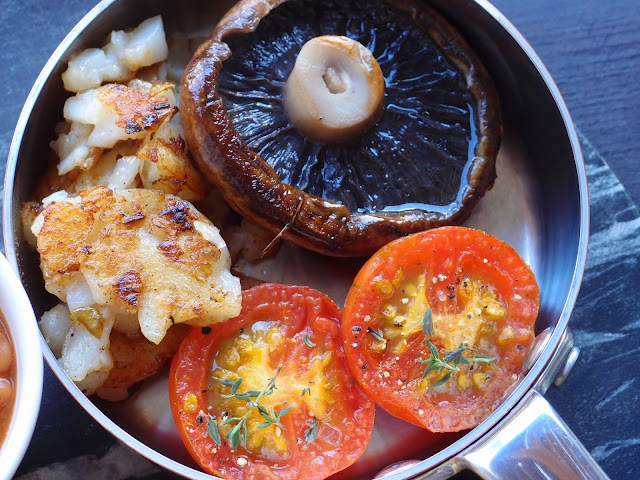