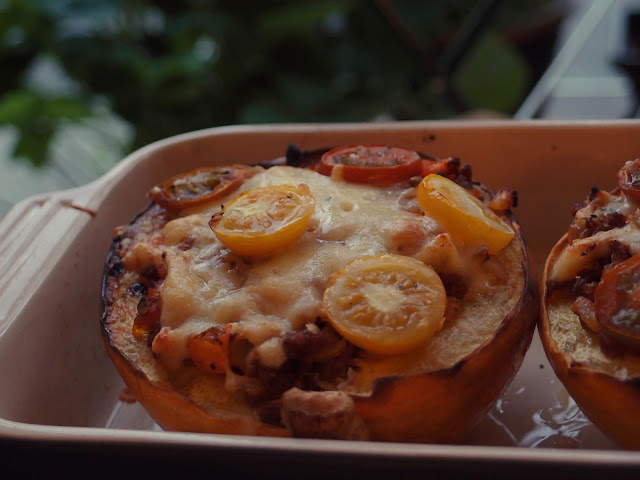 Spaghetti squash is quite a funny vegetable to cook. I would imagine that even kids would enjoy eating it very much due to the spaghetti like texture. So here is another squash dish that I cooked recently, stuffed spaghetti squash with spicy soya mince and tomato filling. I guess baking and stuffing are quite the standard choices for a spaghetti squash, but they're quite tasty and easy options to make as well. I tried to make these stuffed spaghetti squashes slightly spicy and smoky with smoked paprika, smoked chilli pasta and liquid aminos.

Here is my recipe of today:

Cut the spaghetti squash in half, brush with olive oil and roast until done.

Prepare the mince filling in the meanwhile by cooking the dried soya mince in water and by chopping the onions, garlic and carrot finely. Start cooking these in olive oil, then add the drained mince and finally the tomatoes. Let simmer for a while and season.

Cover with cheese and bake at 180 C for about 15 minutes. 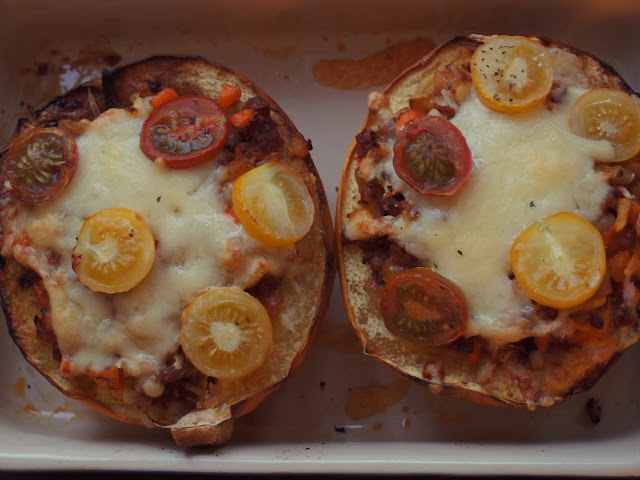