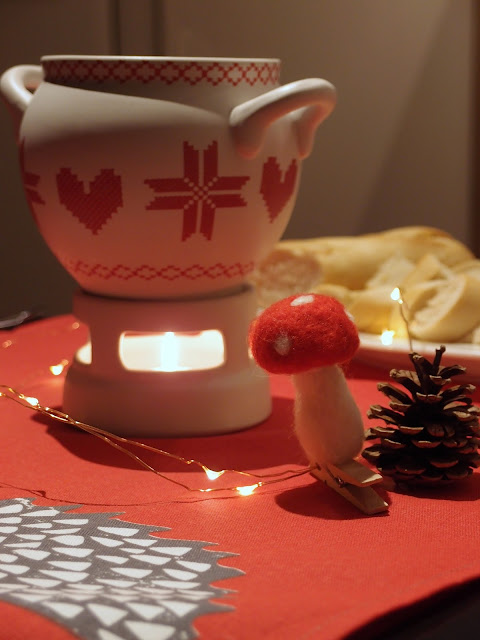 A friend of mine got me this chocolate fondue set for Christmas last year, but it hasn't been used until now. And for its actual purpose as a chocolate fondue set it will probably never be used in this household, as we are just crazy about cheese. So I thought it would be actually nice to make a Swiss style cheese fondue and eat it with a good baguette.

A while ago I was watching the BBC programme Great Continental Railway Journeys by Michael Portillo, the episode where he travels in Switzerland (Zermatt to Geneva, series 5), which motivated me even more to finally use the fondue pot. Portillo ate fondue on a train in Switzerland and that was just magnificent. What amazing train catering! I hope to be able to do that one day, but this time it was just in our living room, which was maybe easier than on a moving train.

Before making the fondue I consulted several traditional recipes and made my own recipe based on them, which can be found below. This worked very well, the cheese mixture stayed smooth and it was easy to dip the bread in there. The hint of white wine was very nice. I chose the combination of Gruyere and Emmental cheeses, as both are my favourites, and they did work very well in this. 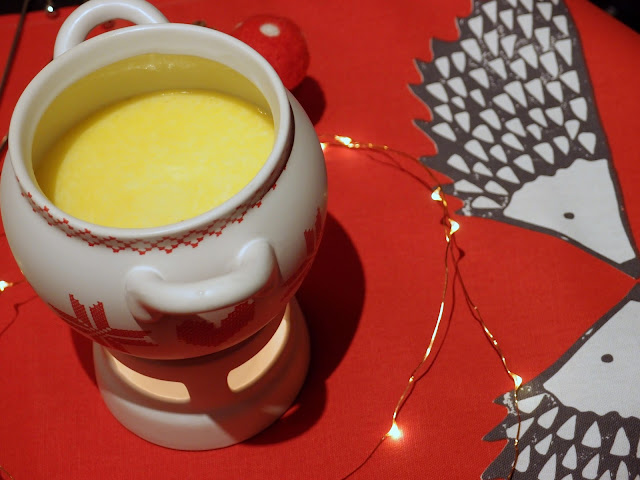 Heat the white wine gently in a saucepan at low heat and then stir the corn flour in. Stir it so that it's smooth. I decided to use a whisk for all stirring to make sure, that the mixture stayed smooth at all times.

Then add the grated cheese gradually by whisking it in. Keep the heat low throughout. There should be light bubbling, but no boiling.

Season the mix with a sprinkle of ground black pepper.

Rub the inside of the fondue pot with garlic before pouring the cheese mixture in.

Cut the bread into small cubes.

Light a small candle underneath the pot and start dipping. 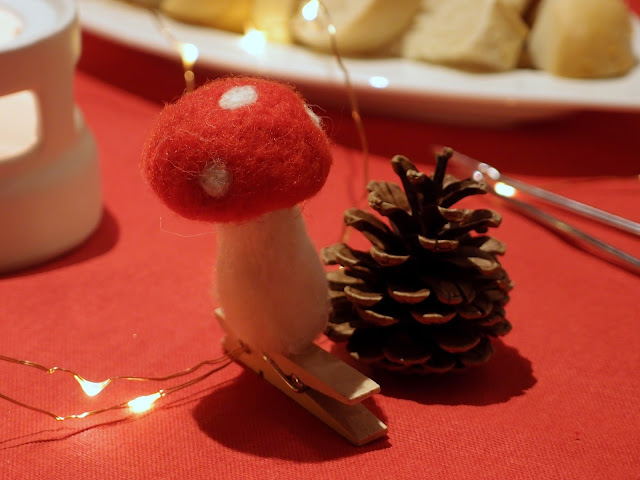 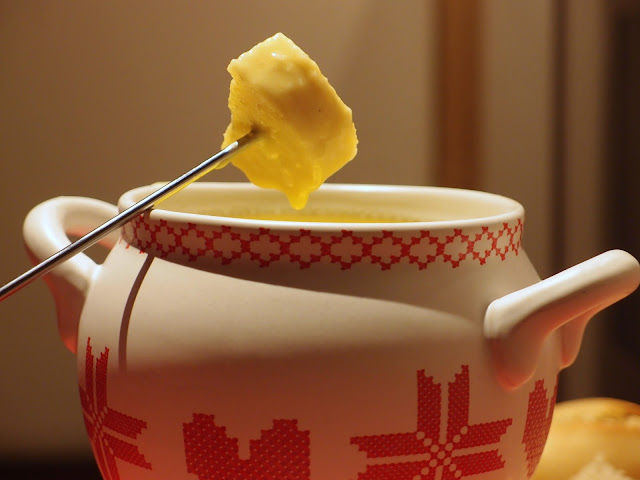 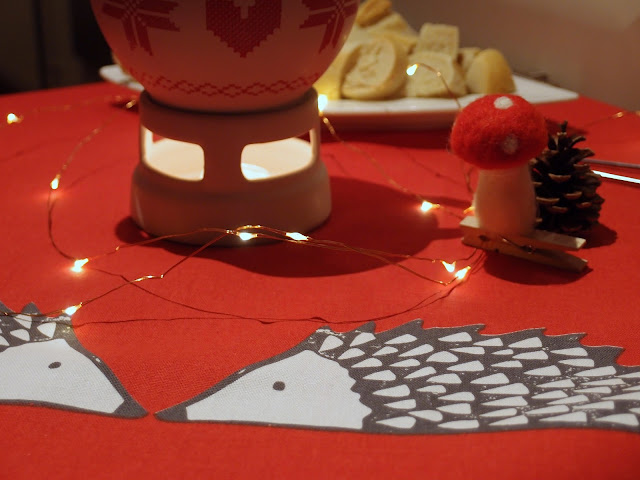 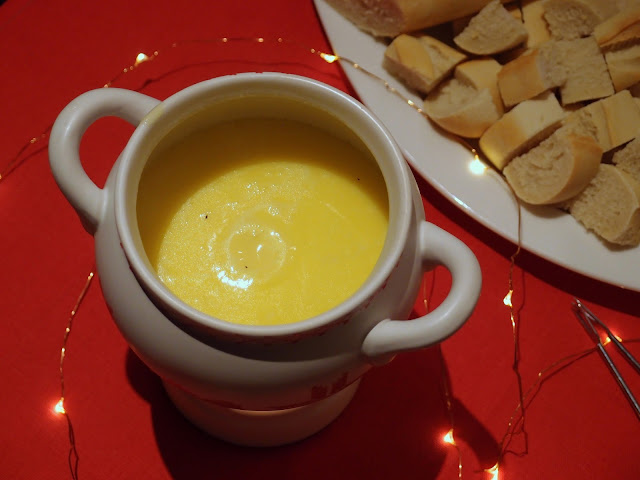 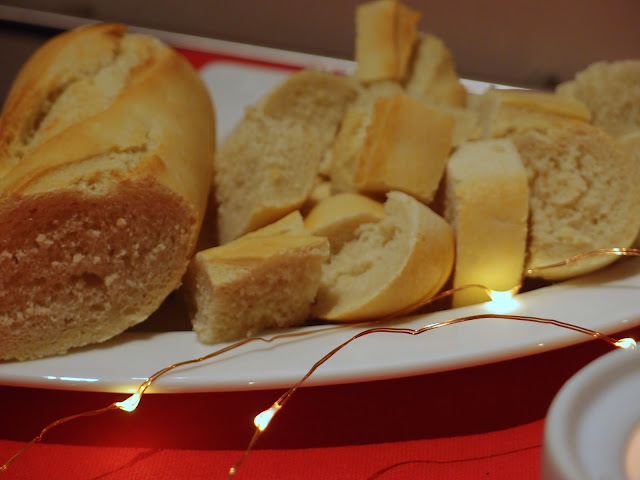 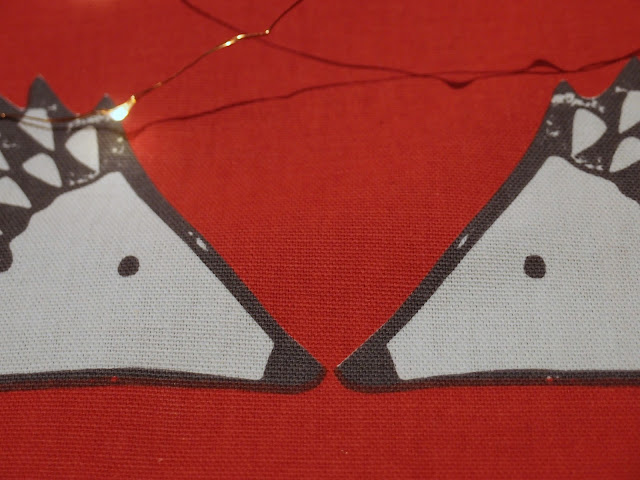