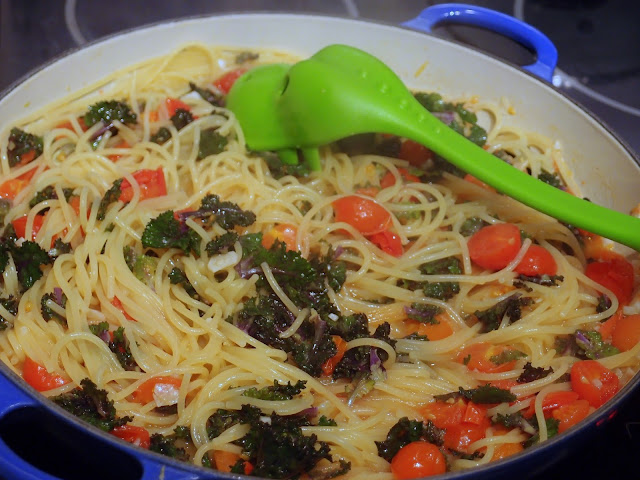 I can't believe that I avoided making a one-pot pasta for this long, but now I have finally made it, I have joined the club of the one-pot cooks! This recipe by Anna Jones: Kale, Tomato and lemon zest one-pot spaghetti was the one that ultimately persuaded me. It turned out to be a really tasty pasta dish.

This dish was so convenient to make and such a revelation. My partner often makes remarks about how many pots and pans and bowls I usually use to make one dish, but now he was really surprised.

You can find the original recipe through the link, but I also made some small amendments of my own. I used kalettes instead of kale and only zest of one lemon, which I found to be enough lemony taste. Kalettes are pretty much my favourite greens of the season, they can go just anywhere. I also added some garlic to the recipe, as I simply don't seem to be able to cook without garlic. I chose spaghetti as my preferred pasta and it worked out very nicely. What a nice sauce the pasta cooking water shaped with the olive oil, tomatoes and other seasoning. It was really amazing and makes my other weekday pastas look quite lame.

What are your experiences with one-pot pasta dishes? 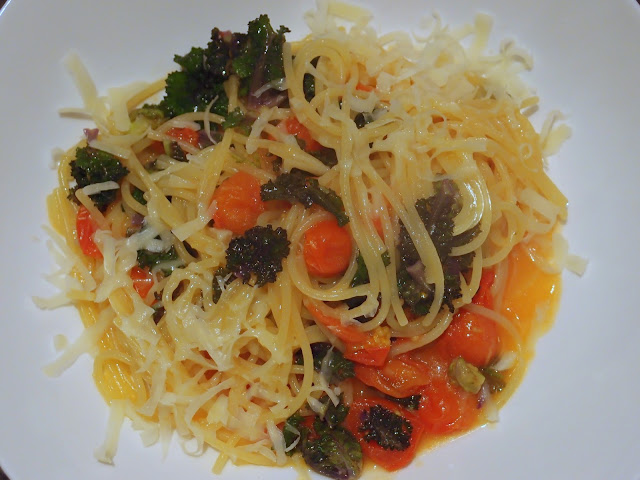 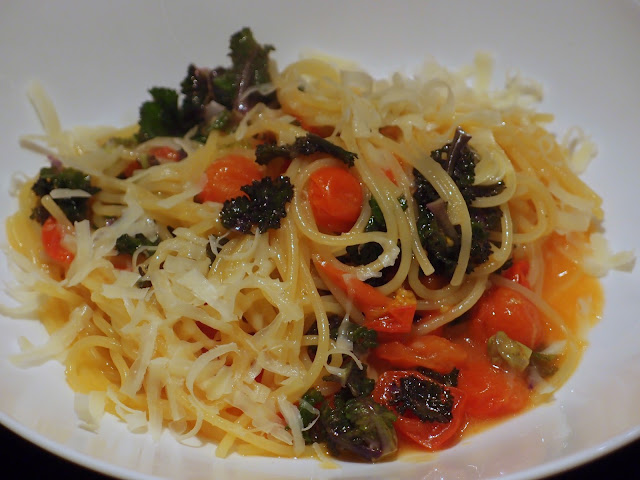