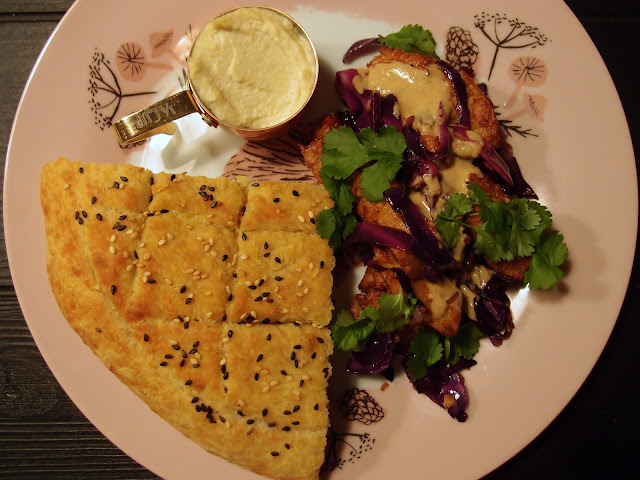 When I lived in Germany I used to get some fluffy Turkish bread everywhere, but now I haven't been seeing them around much. I started missing this type of bread so much that I decided to make my own. I consulted my cookbooks, but those recipes didn't quite feel right. Then I came across the Lazy Cat Kitchen blog and their No-Knead Turkish bread. The recipe seemed very straight forward, so I gave it a go, and it turned out to be very good indeed. I would advise you to follow that recipe, if you want a loaf of Turkish bread.

I thought that it would be nice to have some easy veggies with a tahini sauce with this bread, and of course I had to choose the protein. I used Astrid och Aporna's fake chicken pieces, which are so good. They are bouncy, as they are pre-fried, but also juicy. The veggie pieces are made of mixed seitan and soy. I marinated them with a blood orange marinade, as I've been having a lot of blood oranges lately. You can substitute them with any other nice veggie pieces.

This is otherwise a really quick dish, but of course the bread baking takes the most time and effort. However it's of course very much worth it. See here, how I made this dish, and have a good Sunday! 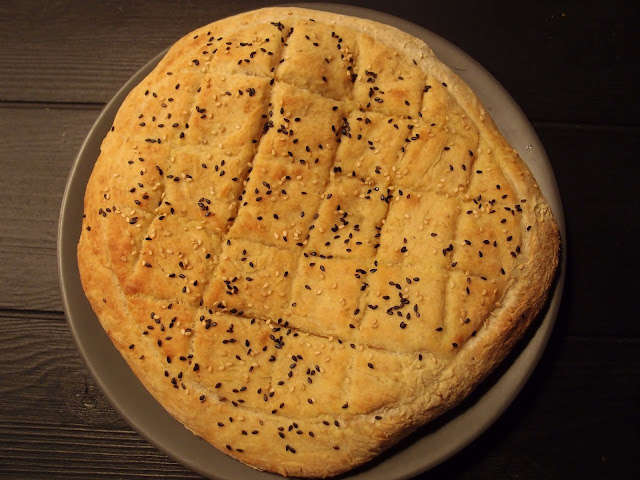 Marinade for the veggie pieces 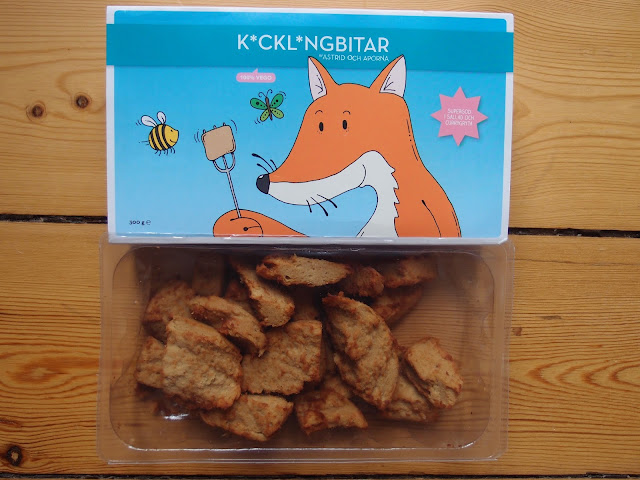 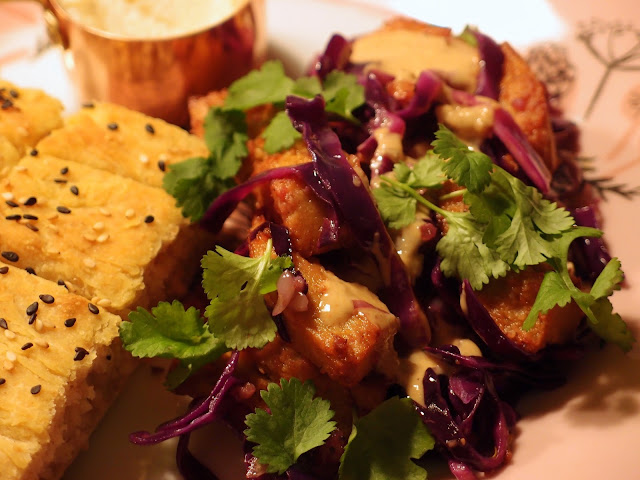 Mix the ingredients for the tahini sauce and set it to side. This will be sprinkled on the veggie pieces later on.

Chop the cabbage into thin strips, and also chop the shallots and garlic finely. Fry them briefly in hot oil, and then also add the veggie pieces to the pan. My pieces were pre-fried, so they just needed heating up.

Sprinkle some fresh coriander leaves and the tahini sauce on the top of the mix, and serve it with the bread and some hummus. 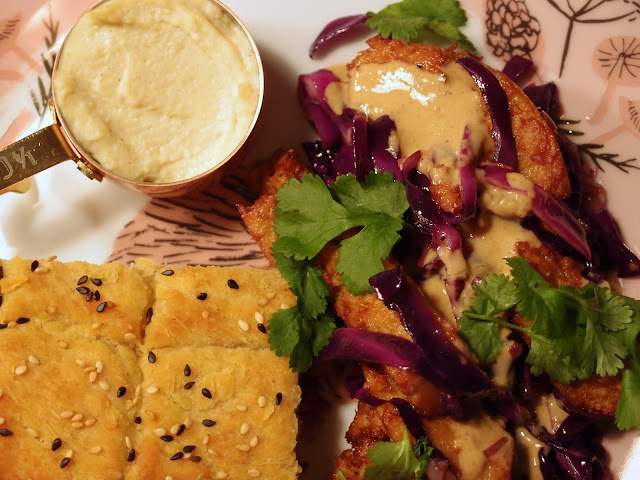 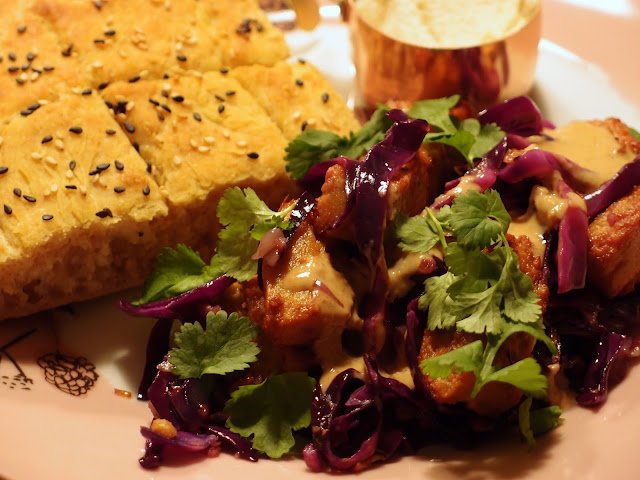