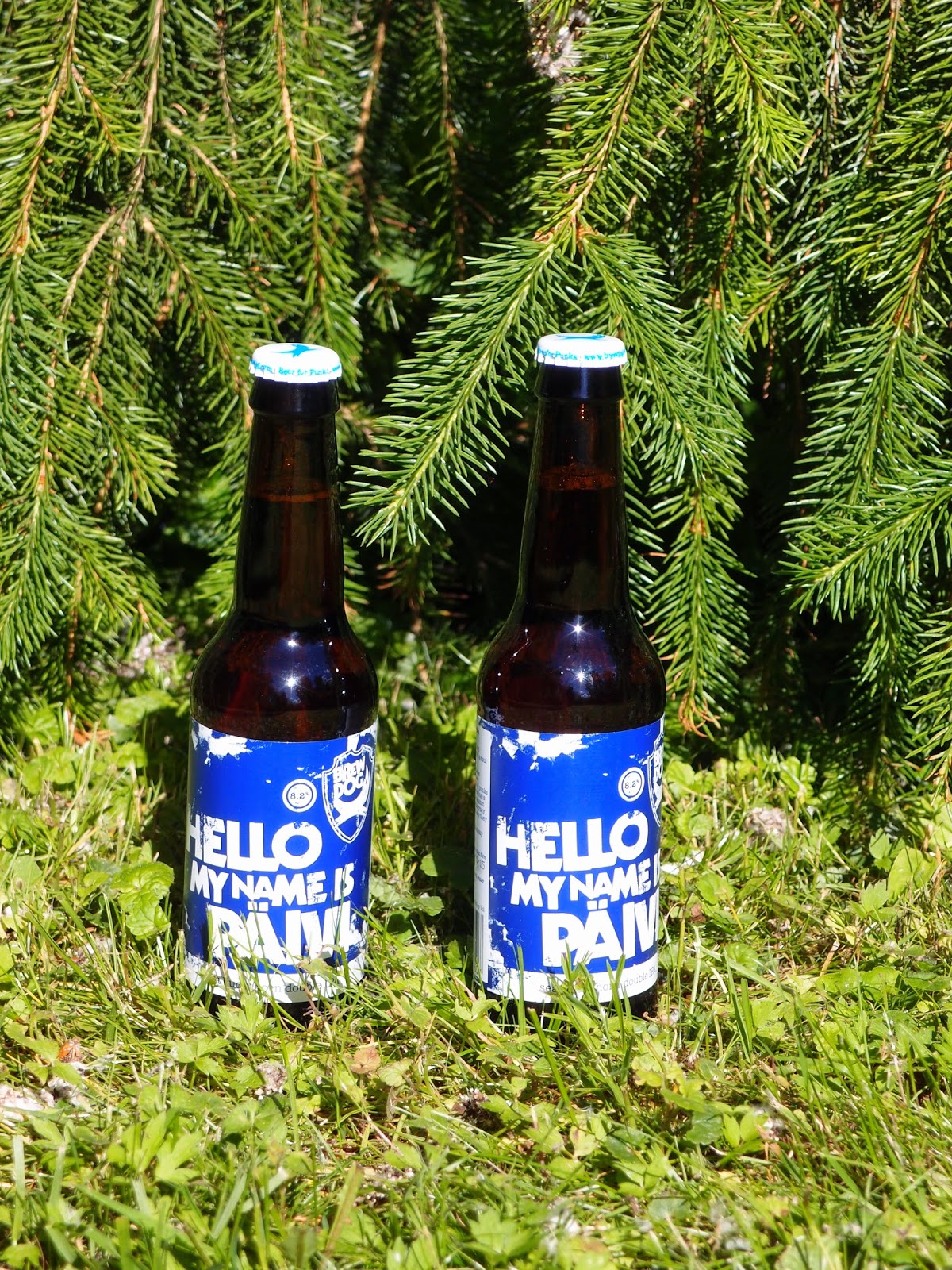 Do you remember the India Pale Ale post I made a while ago? Today the tasting series is going to continue, but this time I only want to introduce one IPA, and that's from BrewDog's Hello my name is... series. 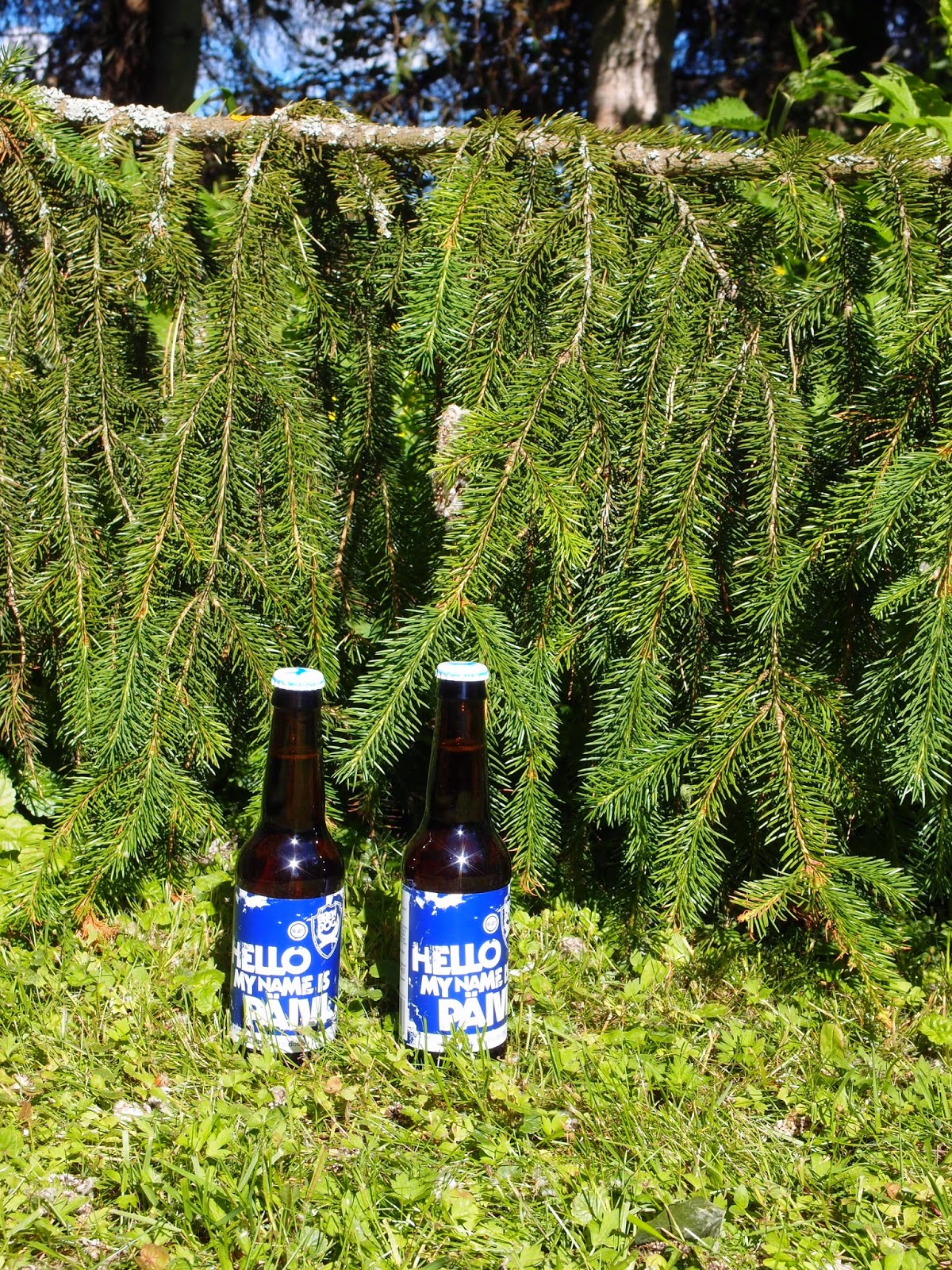 I couldn't quite believe my eyes when I saw the bottles of Hello my name is Päivi in Finnish Alko. Of course I bought a couple, only to realise that I was one of the lucky ones who got this beer as it was sold out very quickly. I think there was a competition, which Finnish person should be chosen for this, and politician Päivi Räsänen won the voting. Read her Wiki, if you want to know who she is. The VegHog won't be commenting politically.

The photos have been taken this summer in Finland, the tasting took place a bit later in England.

Hello my name is Päivi is a unique double IPA, 8,2% strong and powered by sea buckthorn berries, as is very suitable for a Scottish-Finnish IPA. So, here are my tasting notes: 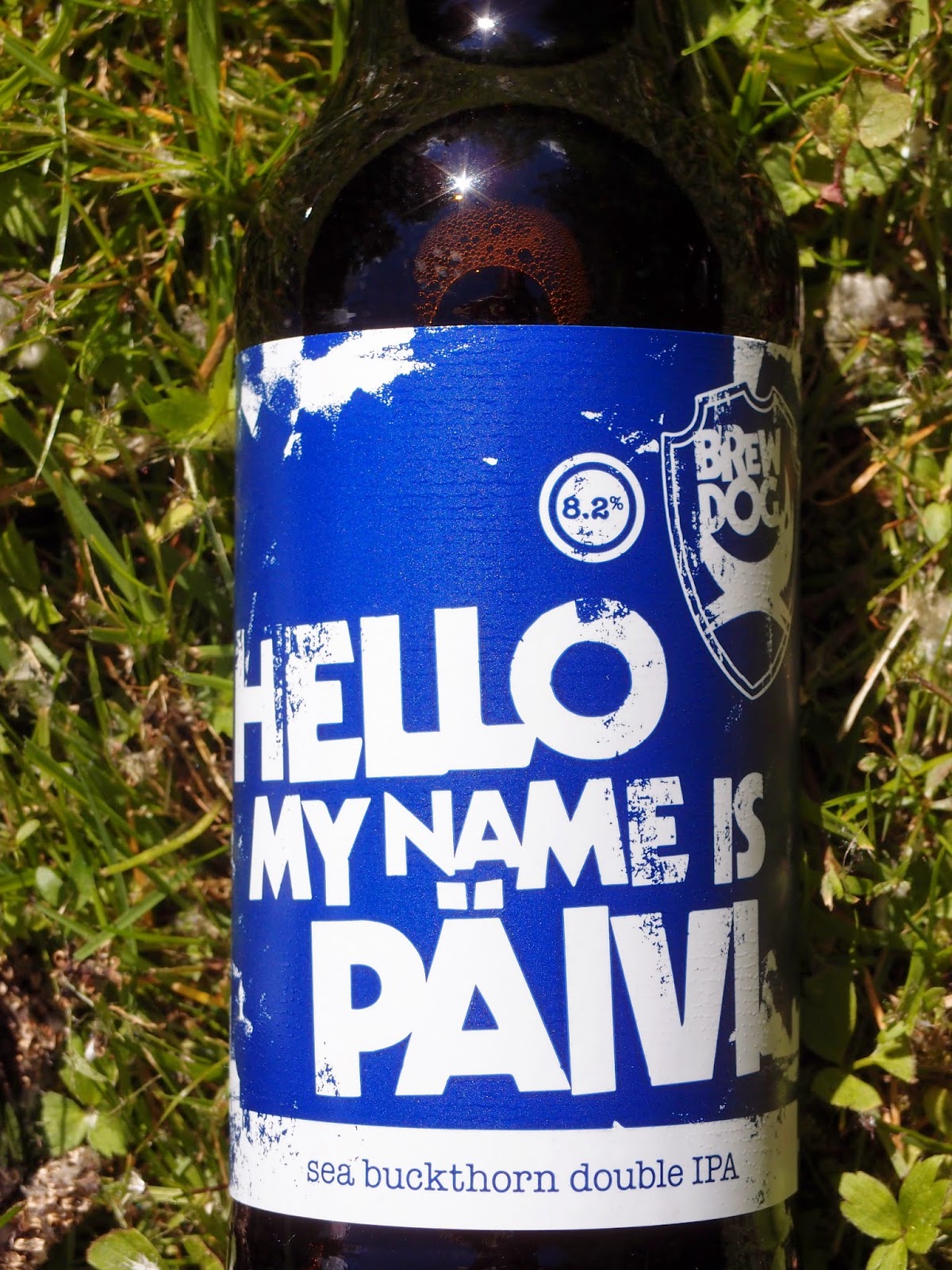 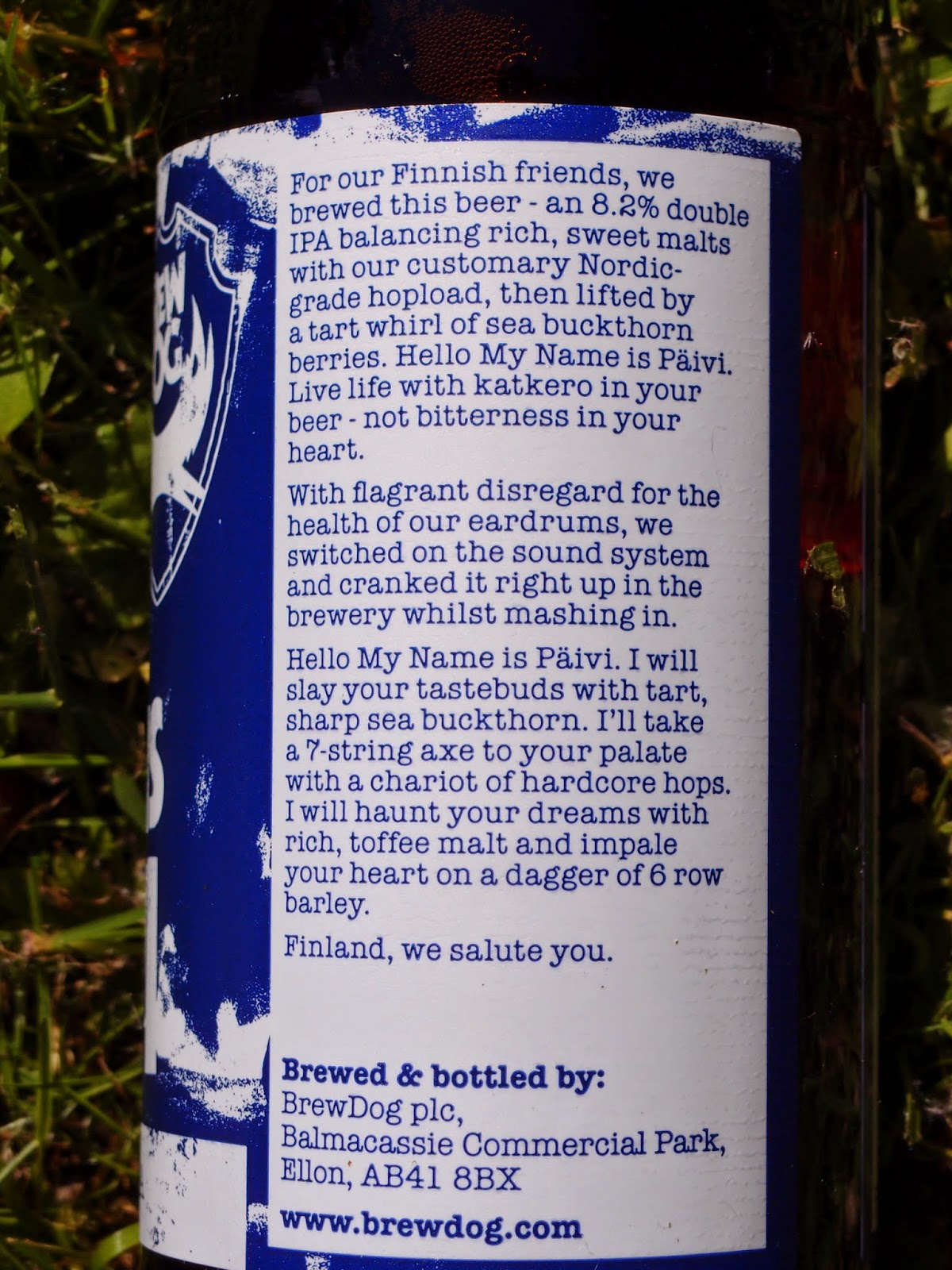 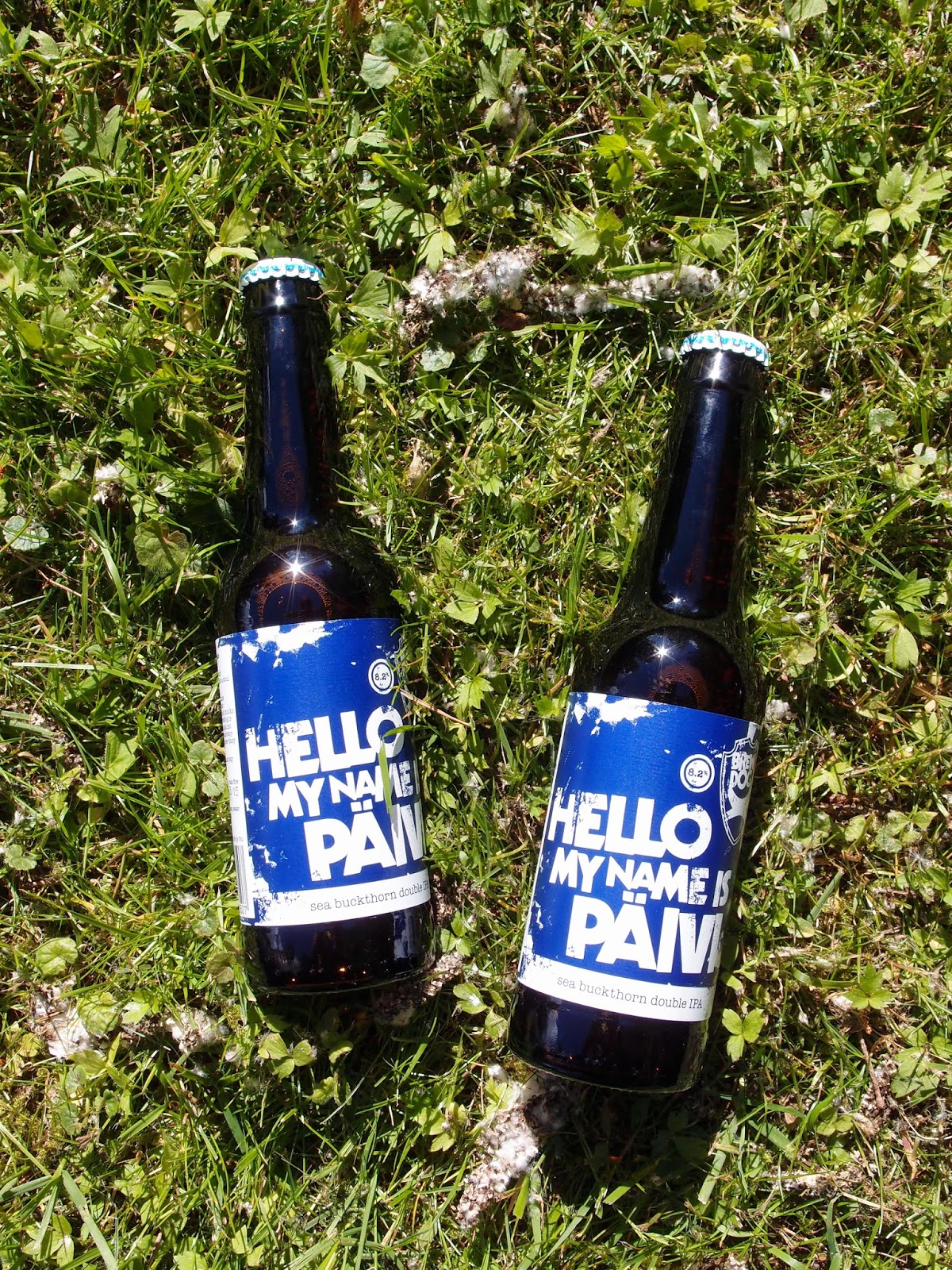 Have a beautiful weekend! It's still beer garden weather here, so who knows... can't get a Päivi, though.