I purchased this very handy dried soya mince. It's good to have in the cupboard for pasta sauces, chillies, Schnitzel or pasties. This time I made a soya mince chilli with peppers and beans and served it with rye nachos. I'm also very fond of my new smoked paprika and constantly want to add it everywhere!

Here is my soya mince chilli recipe, which is a very easy and basic one. I make this kind of a chilli quite often. 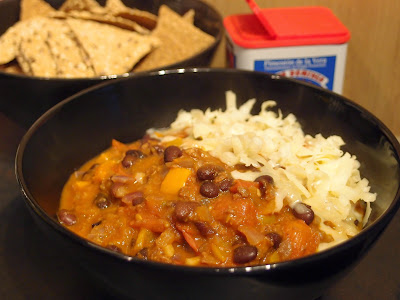 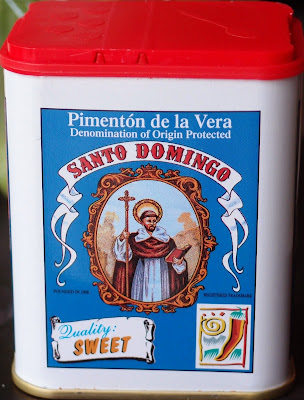 Cook the soya mince according to the instructions on the packet. Chop the red onions, garlic cloves, chilli, bell peppers and tomatoes.

Heat the vegetable oil and cook the onions, garlic, chilli and peppers for a few minutes. Add the soya mince to the pan a fry a little. Then add the ground coriander, cumin and paprika followed by the beans and tomatoes.

Let simmer under the lid and stir occasionally. Season with cocoa powder, tomato purée and add the grated cheese. Serve with the nachos and enjoy! 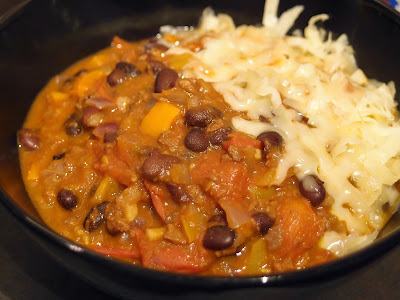 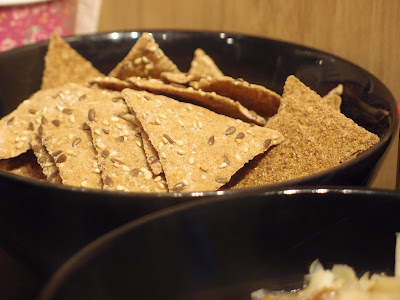