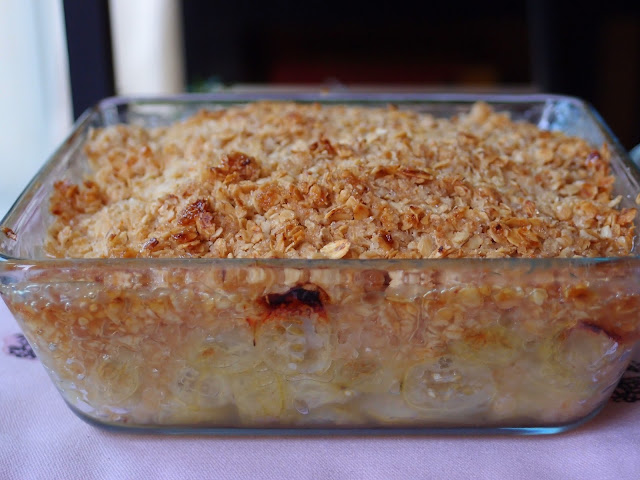 Here's another summer recipe coming right up, now that we have fully entered the season here in England as well. I only rarely post desserts, but this is one of them.

Gooseberry crumble is something that I have neither tried before nor heard of before. Nevertheless I decided to make one the other night. The idea started mainly due to the fact that I had some fresh local gooseberries lying around without a plan. As a child I loved picking gooseberries from the bushes and then pulling a face, as I mainly took the raw ones. Now I really like these quaint berries.

Here is my simple gooseberry crumble recipe (it basically makes itself in the oven). 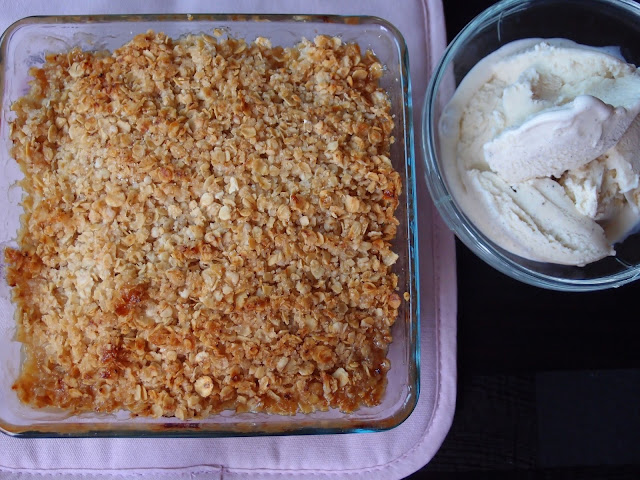 Cut the gooseberries in halves.

Melt the butter gently in a pan and add the oat flakes and sugar to it. Mix it all together.

Put the gooseberries onto the bottom of an oven dish and cover them up with the oats.

Bake at 200 C for about 30 minutes until the gooseberries have softened and the oat topping is crispy. 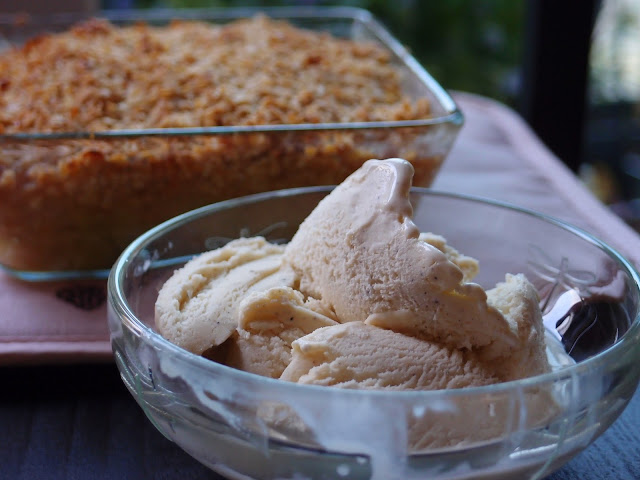 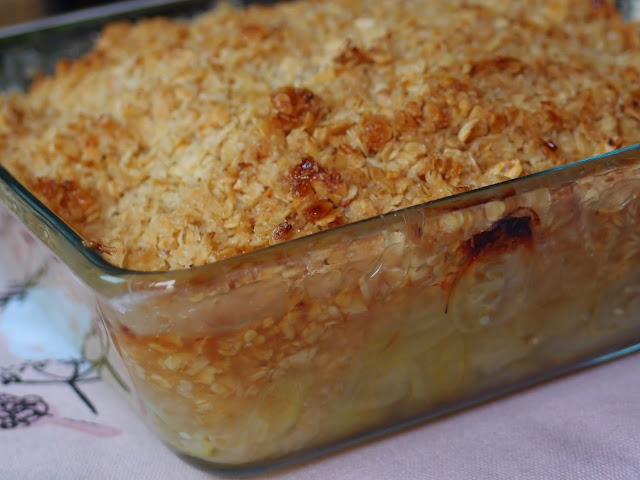