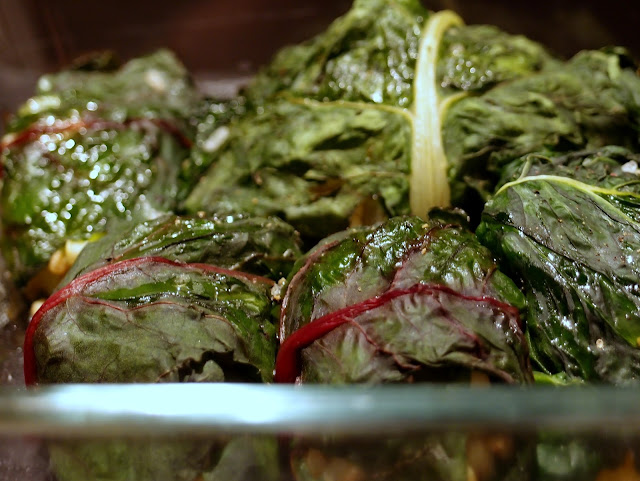 I got some lovely rainbow swiss chard and was thinking about what to make with it. I ended up wrapping them around a nutty pearled spelt risotto. The result was a bit rustic looking due to the different sizes, but they tasted very good. The whole recipe is vegan, have a look at how these roulades were made.

Remove the chalks from the chards and chop them finely. Cook the leaves in water for a couple of minutes and then quickly cool them down with icy cold water. Spread them on a working surface ready to be filled later. Be careful not to cook them for too long, as they can become very delicate and break when handled. However they should be soft enough so that they can be rolled.

Chop the onion, garlic and carrot finely and cook them in olive oil for a few minutes. Also add the chopped chard stalks.

Crush the cashew nuts and add to the mix.

Fill the swiss chard leaves with the pearled spelt mix and roll into roulades.

Place the roulades into an oven dish, brush with olive oil and sprinkle a little salt and black pepper on the top.

Bake in the oven at 200 C for about 30 minutes and enjoy. You can serve these roulades with all kinds of sides, potatoes, salads, whatever you want. 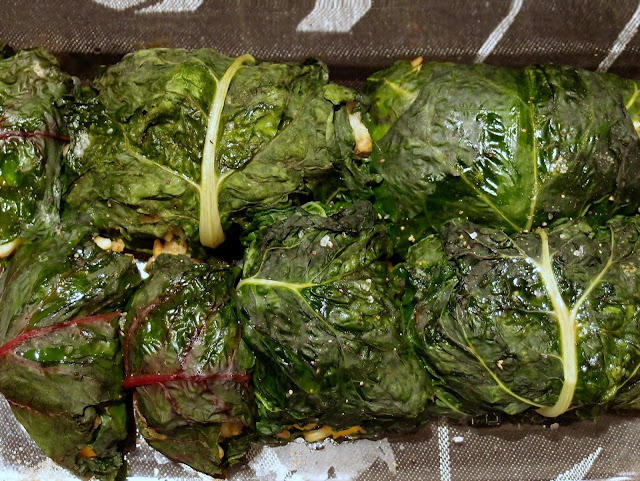 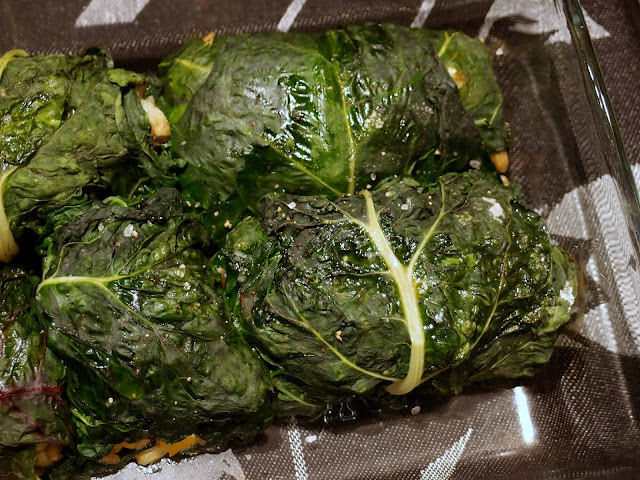 I want to share this recipe with this month's Eat Your Greens cooking challenge, which is created and hosted in January by Shaheen from A2K - A Seasonal Veg Table. I will be co-hosting this event every other month, which I'm very excited about, so remember to share loads of recipes with the challenge! 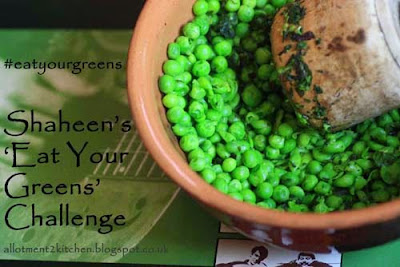 Email ThisBlogThis!Share to TwitterShare to FacebookShare to Pinterest
Labels: Vegan