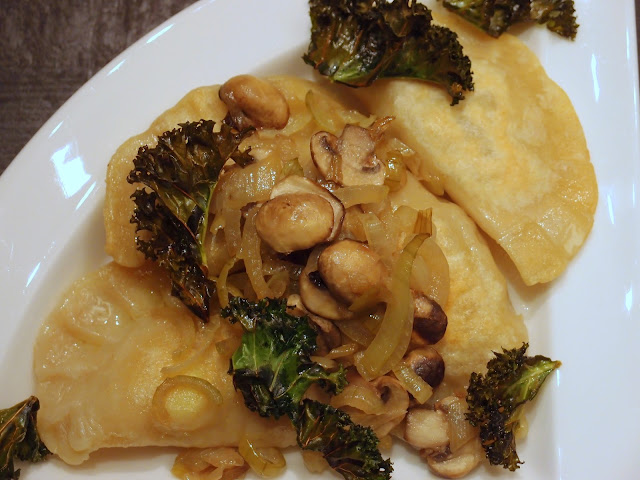 I have been meaning to make vegetarian pierogi for ages, but only managed to make them now. Pierogi are basically Eastern European filled dumplings, and I always find the veggie versions so tasty. When I was a student a long time ago, my Russian friends showed me the method, and we cooked some lovely vegetarian potato pierogi together. I'm not sure, if I kept a lot of knowledge of their method, but I still remember that night very vividly.

Quite a while ago I found a recipe for vegan Potato Pierogi With Caramelized Onions by Isa Chandra, and saved it for future reference, as I knew that I would like to make pierogi again, and her recipe sounded like there wouldn't be too much fuss. So now I amended the recipe slightly, especially the filling, as I added leeks seasoned with cider, but followed her lead otherwise. Her tips especially for the dough are very valuable.

I served my pierogi with some fried onions and mushrooms and homemade kale crisps. It was a simple dish, but so good. Have a look at my recipe below. 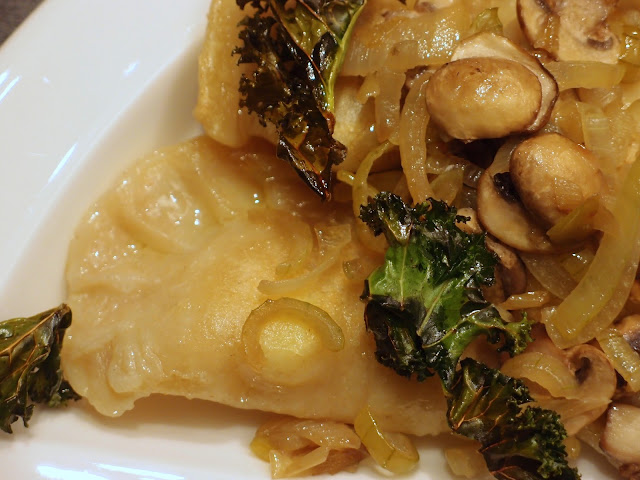 Adapted from Potato Pierogi With Caramelized Onions by Isa Chandra

Isa makes her dough last, because it's messy, but I like to get rid of this phase in the beginning. Mix the dough ingredients together, but leave one cup of flour on the side. Add it later, once the dough starts shaping. Knead for a while, wrap in cling film and let rest in the fridge for at least 30 minutes.

Then off to the filling making: Cook the potatoes, mash and set to side. Chop the onion and garlic finely and slice the leek. Start frying the onion in vegetable oil until it's softened and slightly browned. Then add the garlic, soon followed by the leeks. Pour a dash of cider to the pot, if you like, and season. Let simmer under lid until the leeks are soft and all flavours have blended nicely.

Roll out a part of the dough and cut evenly sized circles from it. You can use a cookie cutter, or even a glass. Put about one tablespoon of the filling onto the dough circles, close by pinching and set to side on a floured surface. I even have a small pierogi maker that presses the sides together, so that was quite handy.

Bring a large pot of water to the boil, and cook the pierogi there in batches of about six. They are done when they float on the surface. I additionally fried them in some margarine, but this is optional, however it does add something nice to them.

Serve the pierogi with the sides of your choice and enjoy! 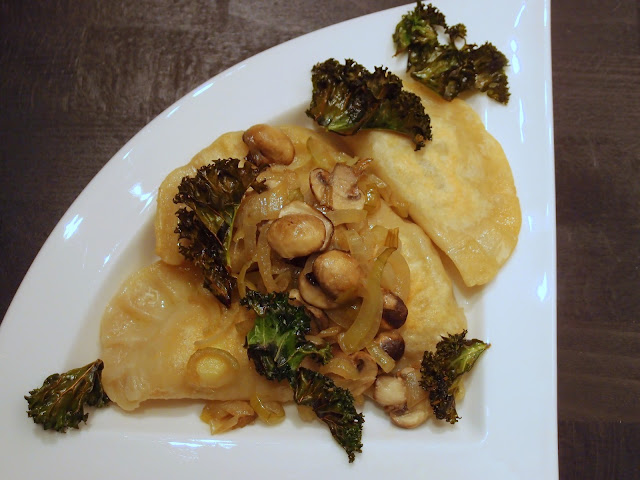 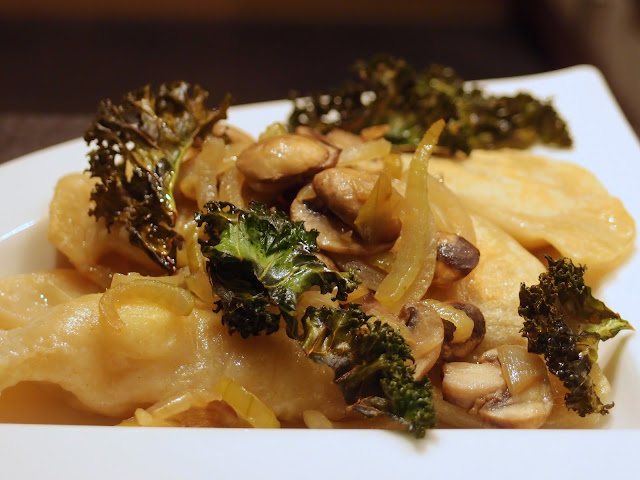 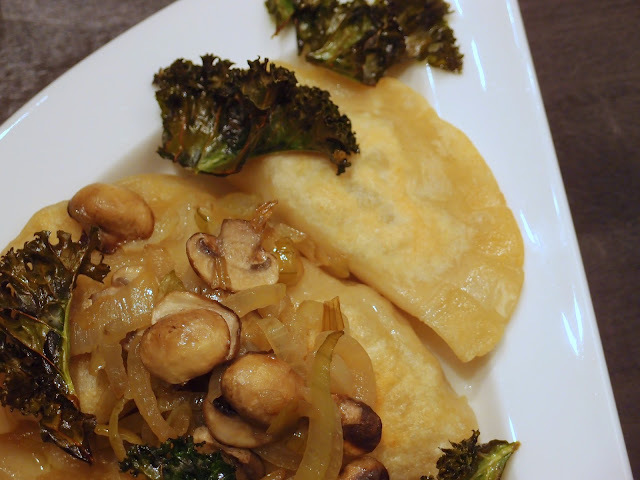 Have a relaxing Sunday!