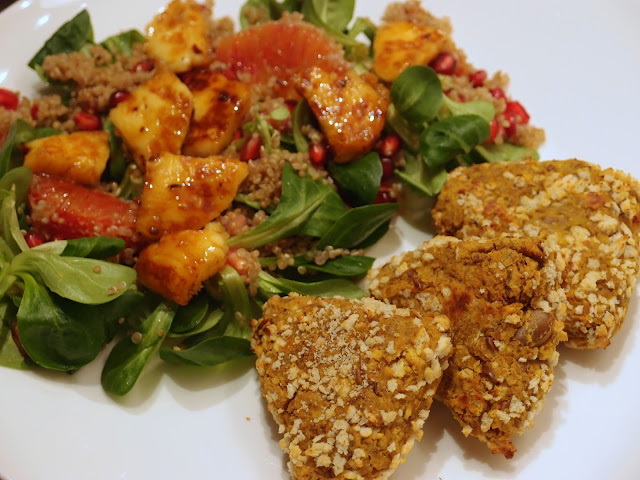 It was time to make some vegan nuggets again. When my partner and I plan our weekly dishes, the word nugget often comes up, but we still end up making nuggets very seldom. This was one of the rare occasions where I thought that the time of the nugget had come. I wanted to use my beautiful fava beans from Hodmedod's, and thought that bell peppers would go nicely in that combination with some warming spices. I baked the nuggets in the oven so they were fairly low fat as well. I served them with just a fresh salad containing, blood orange, halloumi, pomegranate seeds and quinoa.So this is how this recipe got created, and we enjoyed these nuggets very much indeed. 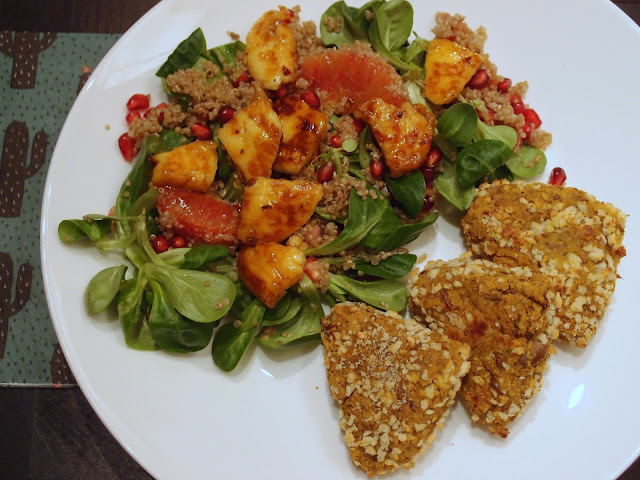 Cut the bell peppers into large chunks, brush them with some olive oil and roast in the oven until soft and browned.

Fry the finely chopped shallot and garlic in olive oil until soft.

Combine the ingredients in a bowl and purée into a smooth paste. You can leave some bean and pepper chunks, if you prefer a bit more texture in the nuggets.

Let the mixture rest in the fridge for at least 30 minutes.

Shape smallish nuggets from the mixture, roll them in breadcrumbs and bake in the oven at 200 C for about 30 minutes.

Enjoy with the sides of your choice! 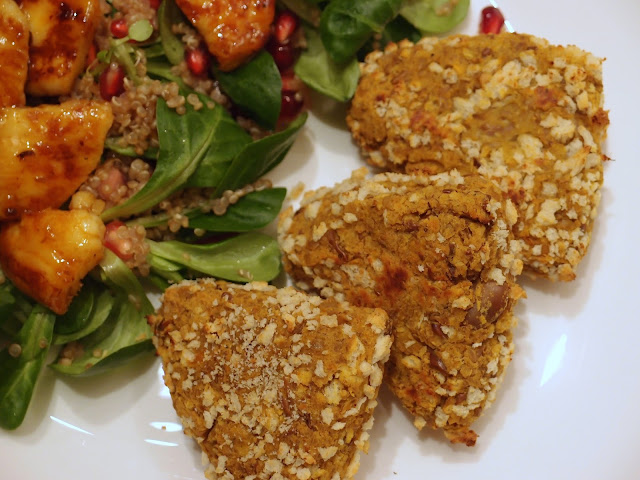 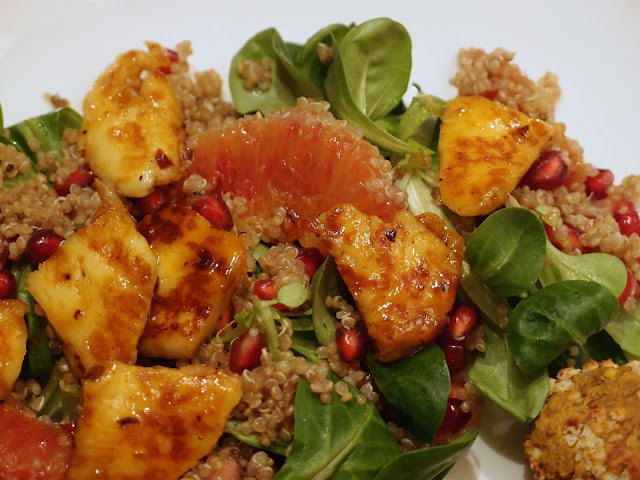 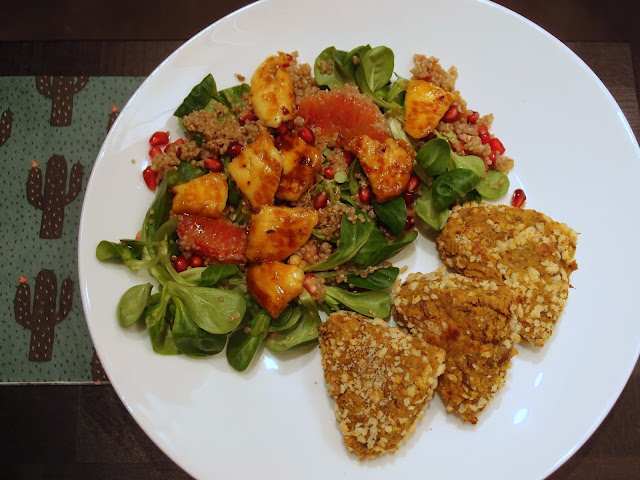