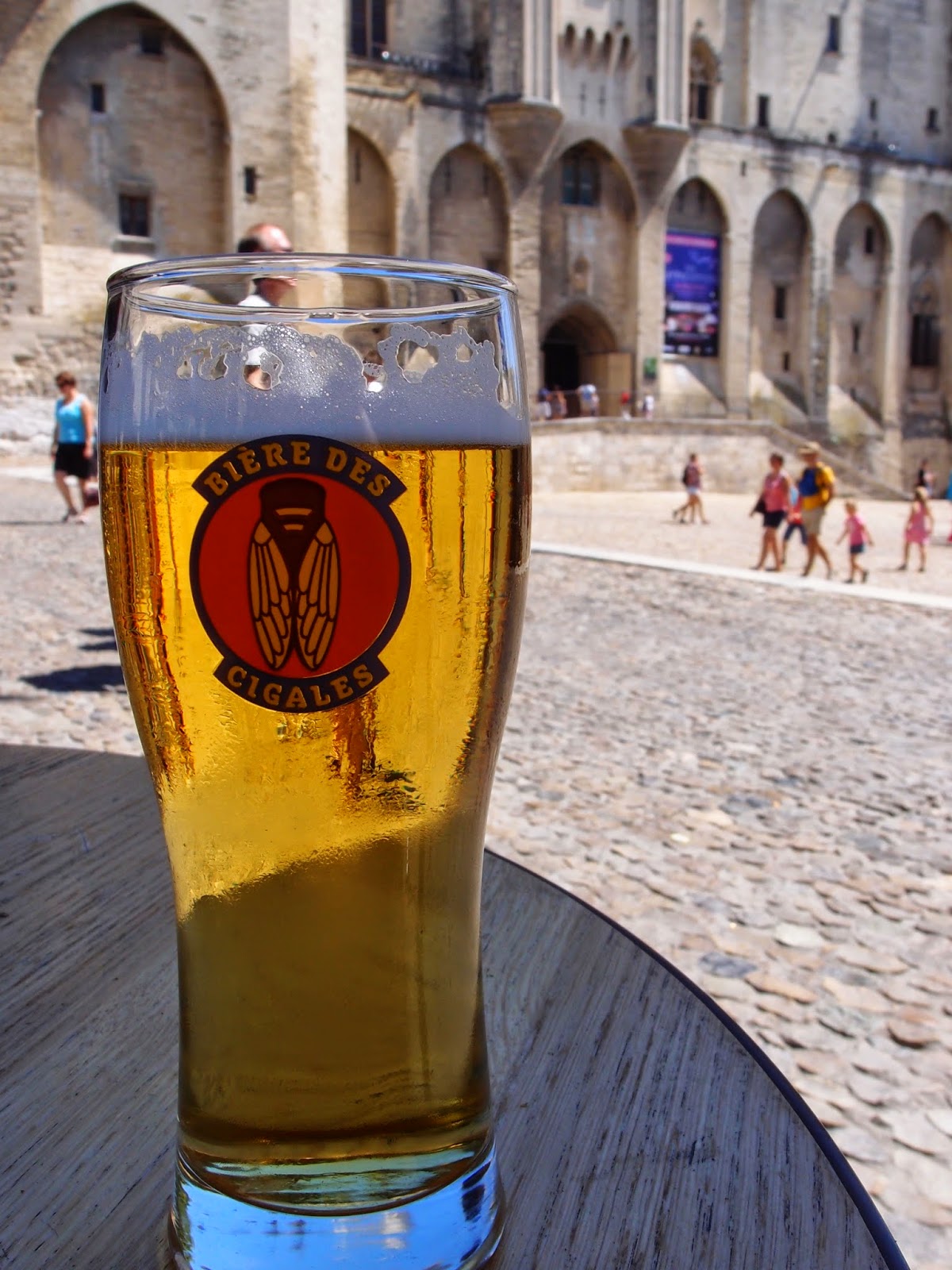 And with this post we return briefly to my recent holiday in France, as I wanted to introduce Provençal beer to you.

Les cigales, the cicada, were a new acquaintance for me when I encountered them in Provence. Cicadas are insects that sing a distinct song and hide in the trees and bushes. The noise can be constant and quite loud. It reminds me of the sound of crickets, but it is more powerful. I took this short video footage from a bush in a park in Avignon, have a listen to the song of the cicada although it's not the greatest footage.

I also purchased a furry toy cicada to take home with me. 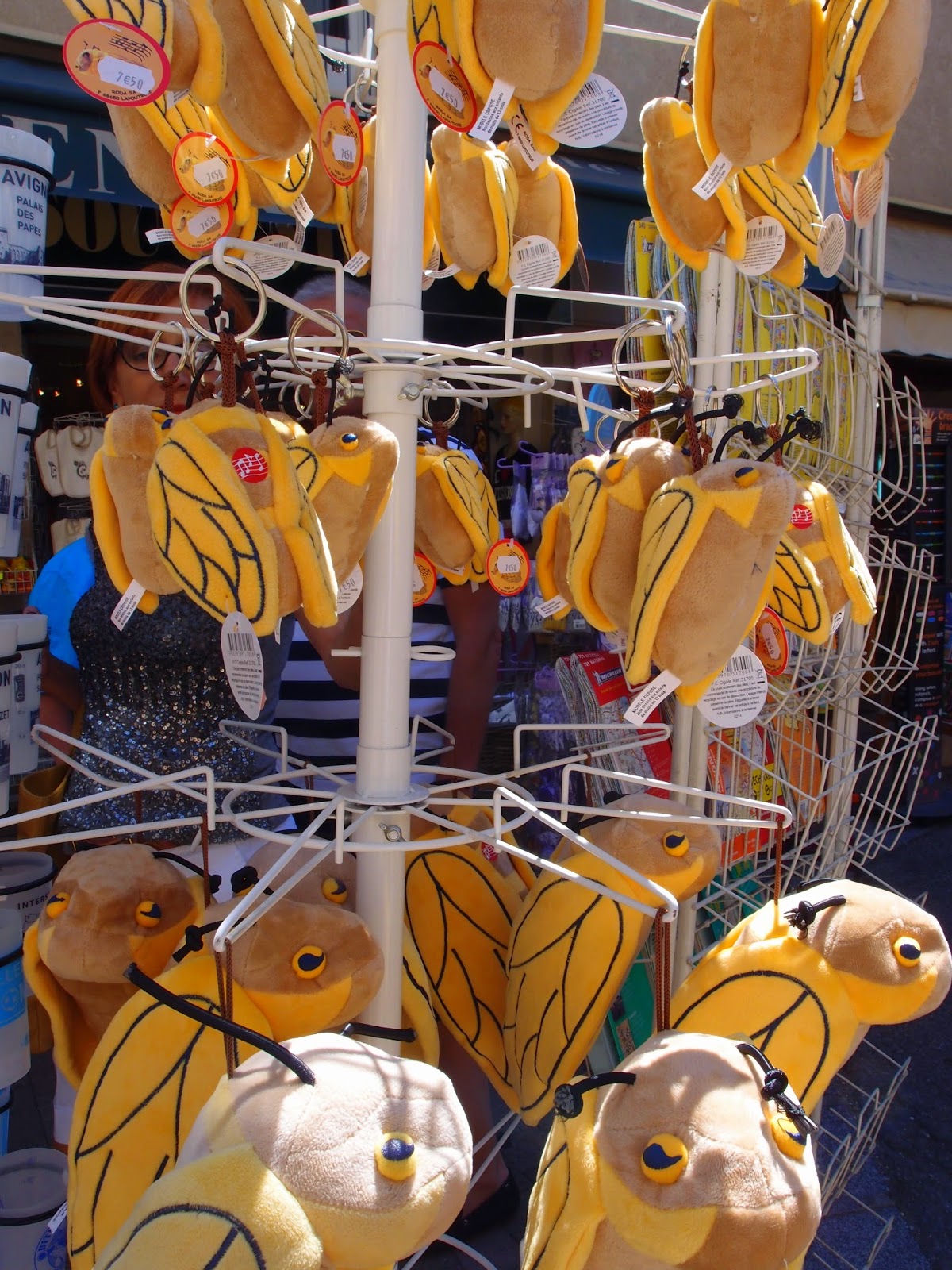 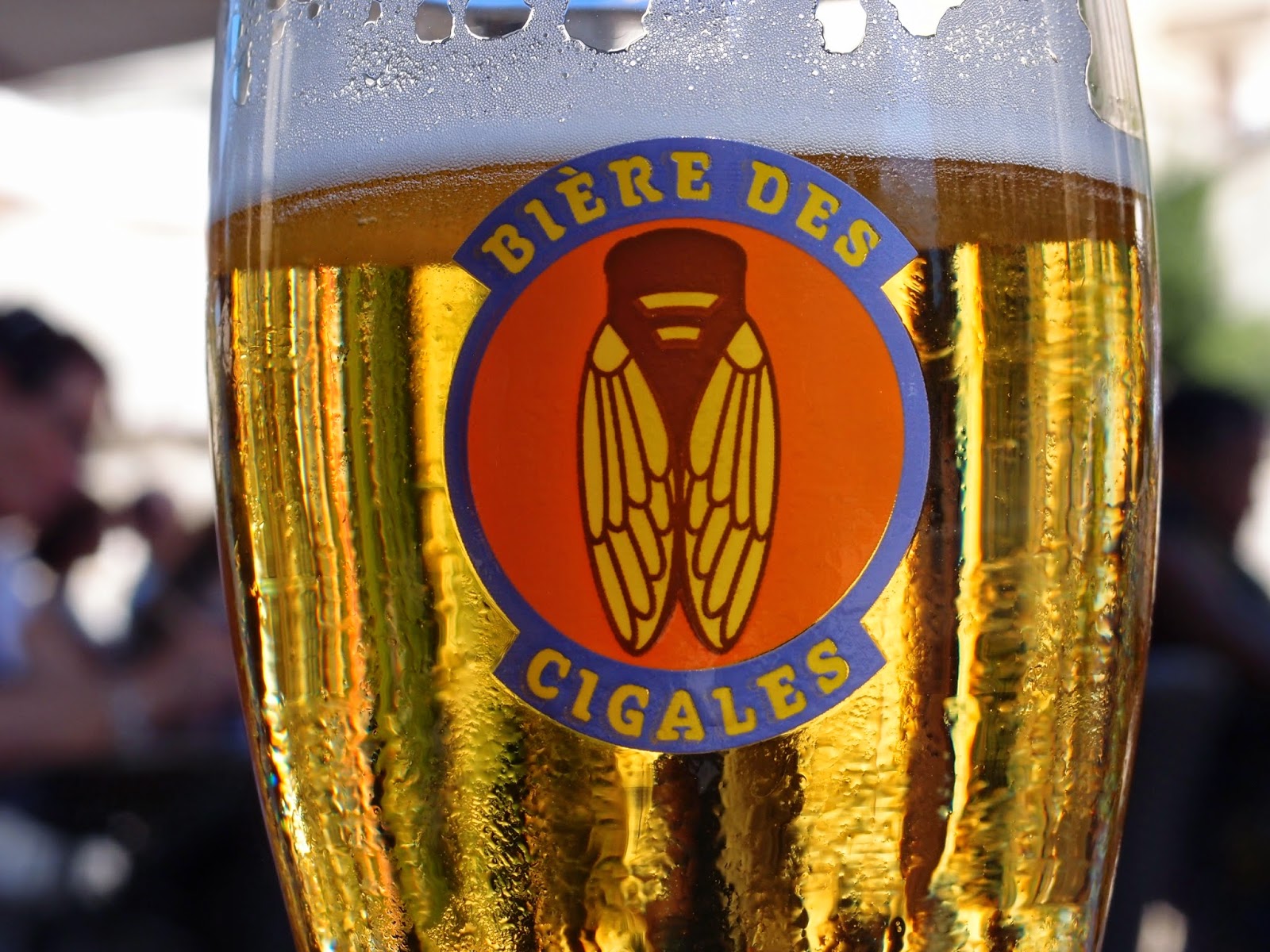 So that's the insect cicada, and now to the subject that this article is actually about: the beer named after the creatures. La Bière des Cigales is a crisp, dry and malty lager beer, balanced with a caramel aftertaste. It has a smooth bitterness to it and it's very refreshing. It was quite nice to get a decent beer as refreshment as I didn't always feel like drinking wine. It is especially nice enjoyed under a tree while the cicadas chirp above. 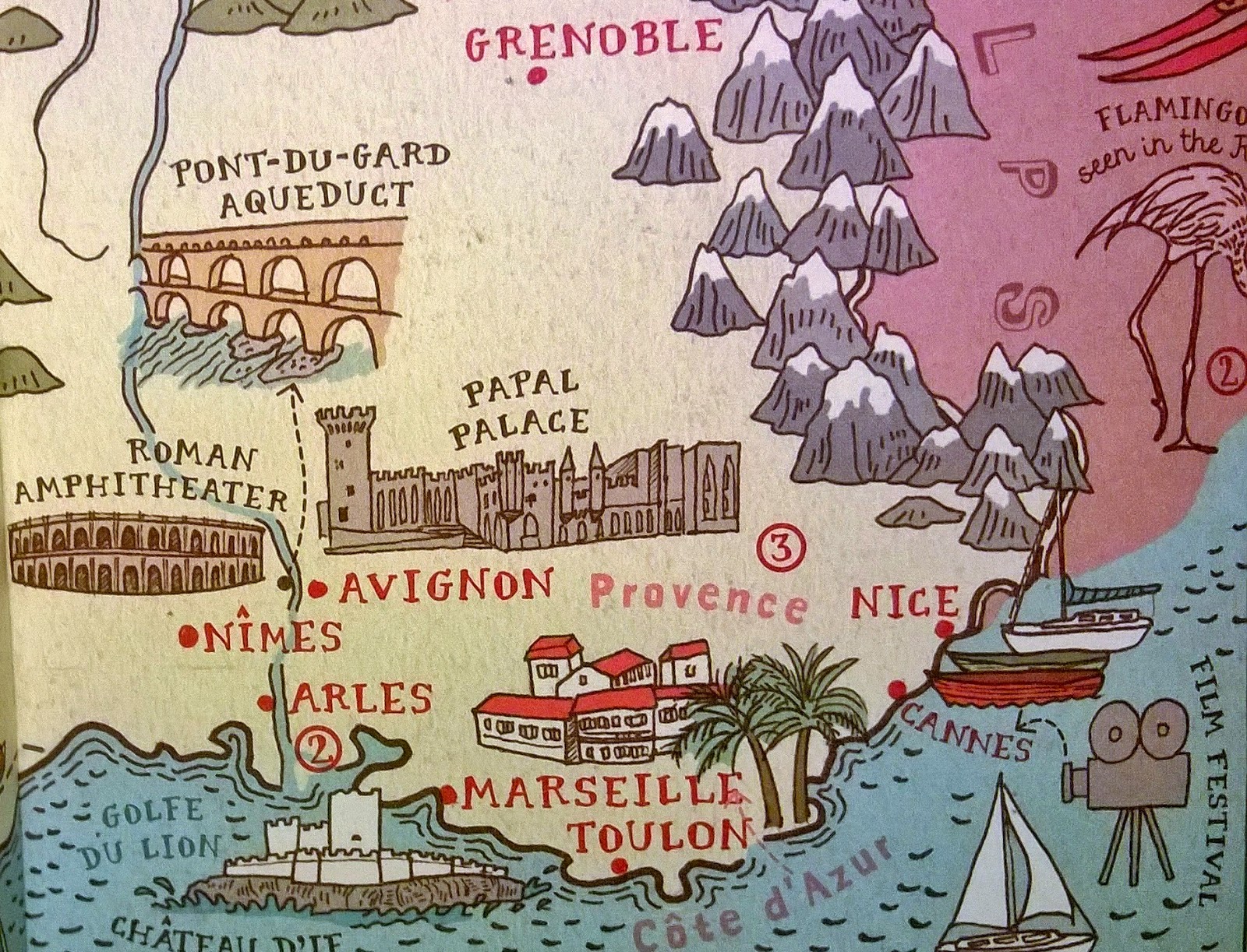