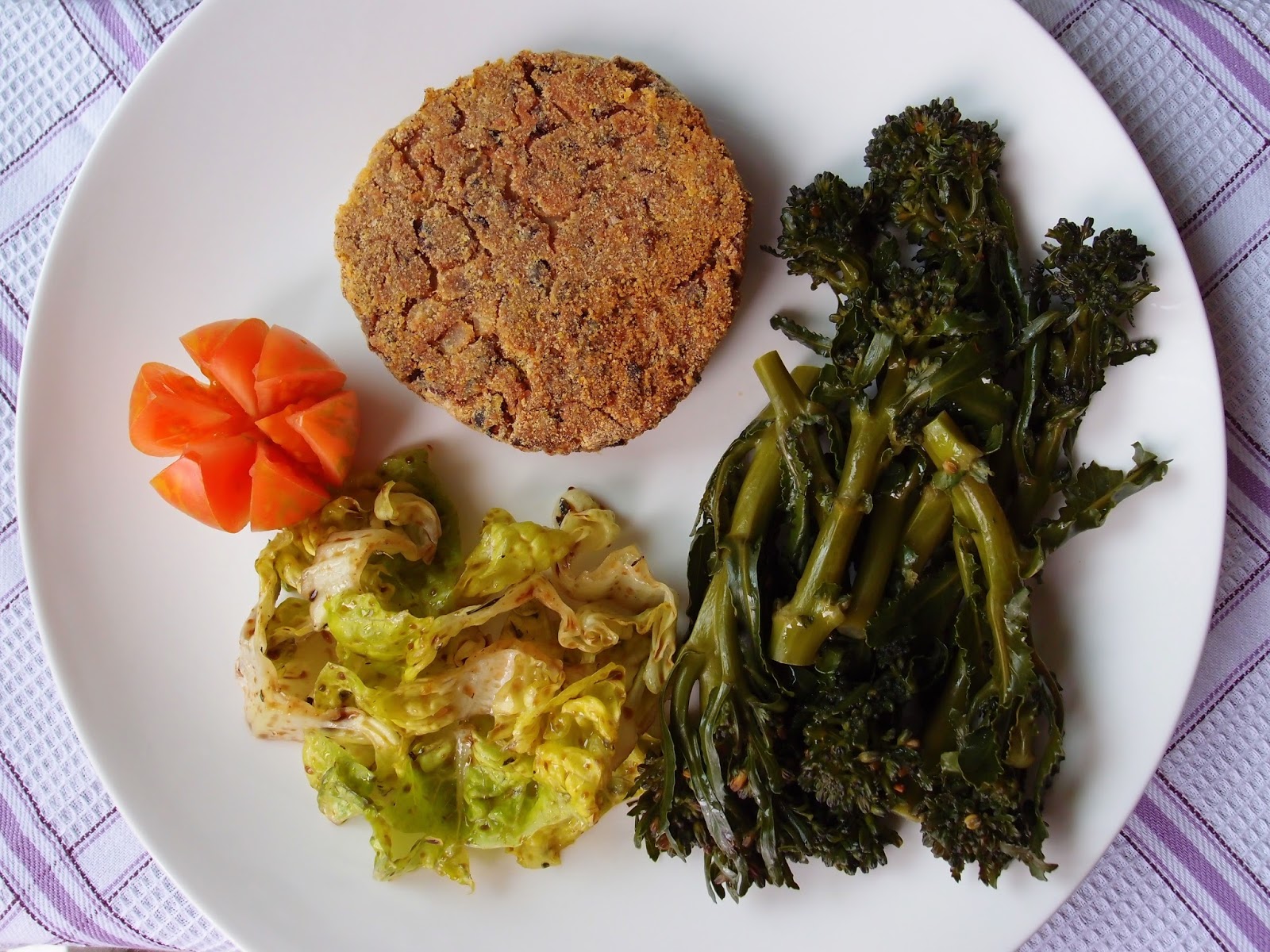 First veggie Schnitzel post from me in October!? Well, better late than never. Somehow I haven't made that many veggie burgers lately, maybe the more autumnal recipes have taken over. But now I have been once again experimenting in my kitchen for a different bean burger, and this time my recipe is for red kidney bean Schnitzel with nice spices. These Schnitzel are very versatile to use, and you can even freeze some of them for later spontaneous usage.

I have made a few veggie burgers before using semolina instead of my standard binding ingredients wheat flour or breadcrumbs. I also find that these burgers can be very easily veganised as the batter binds together pretty well, meaning it probably would bind okay without the egg as well. Maybe I'll try a vegan version next time. 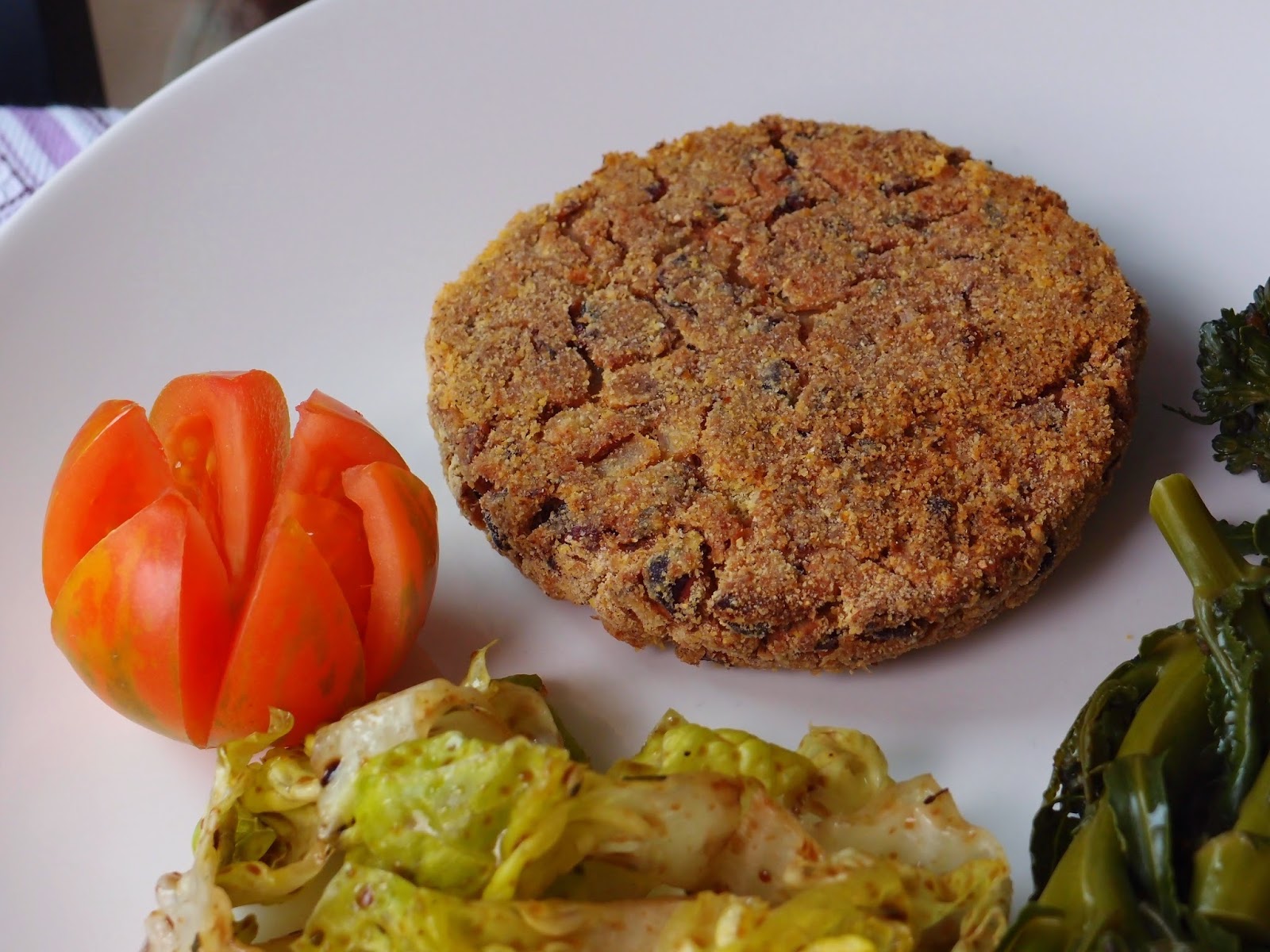 Ingredients for about 10 Schnitzel 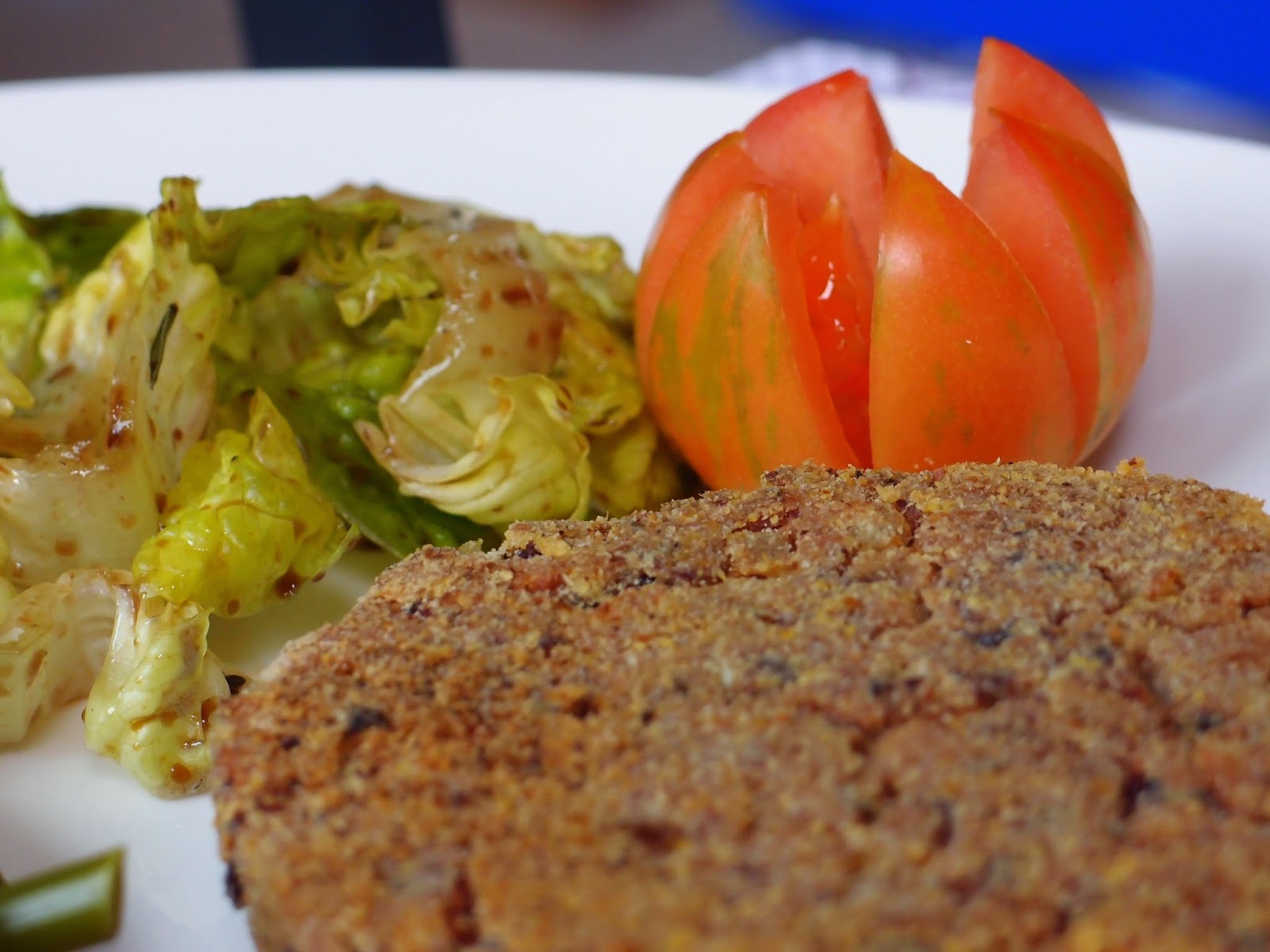 Chop the onion and garlic finely and cook them in vegetable oil until soft.

Add the beans and the seasoning and let cook for about 10 minutes. All excess liquid should be evaporated during the cooking. Crush the beans a little bit after the cooking and let the mix cool.

Add the egg and semolina to the mix and stir it into an even firm dough.

Shape burgers from the dough and roll them in some extra semolina.

I made mine oven baked, but what I noticed then was that they became fairly dry. I think this mixture works better when pan fried in vegetable oil.

But if you still decide to go with the baking method, which is more effortless, here's what to do: place the Schnitzel on a baking tray lined with baking paper, and bake at 200 for about 30 minutes. 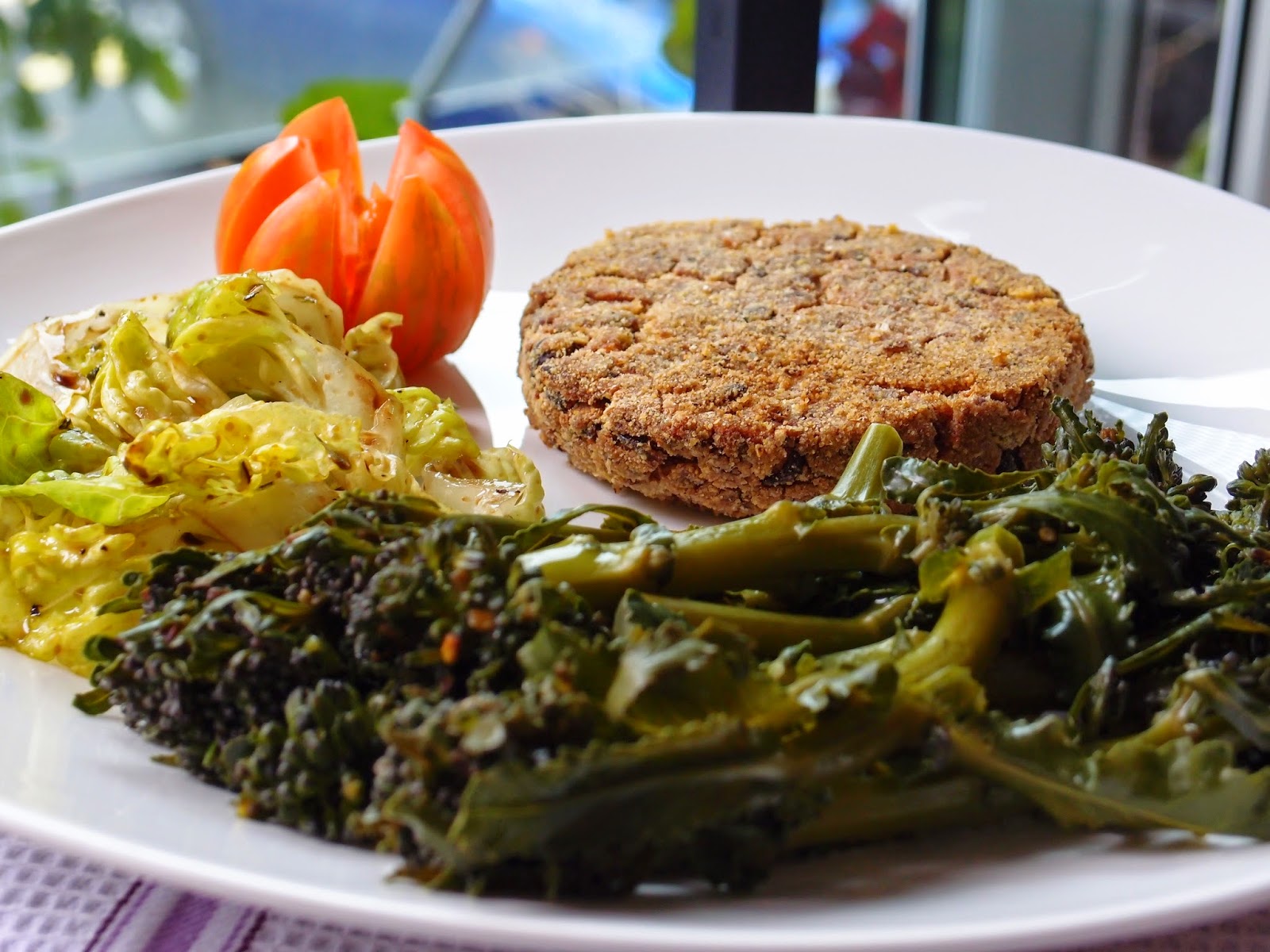 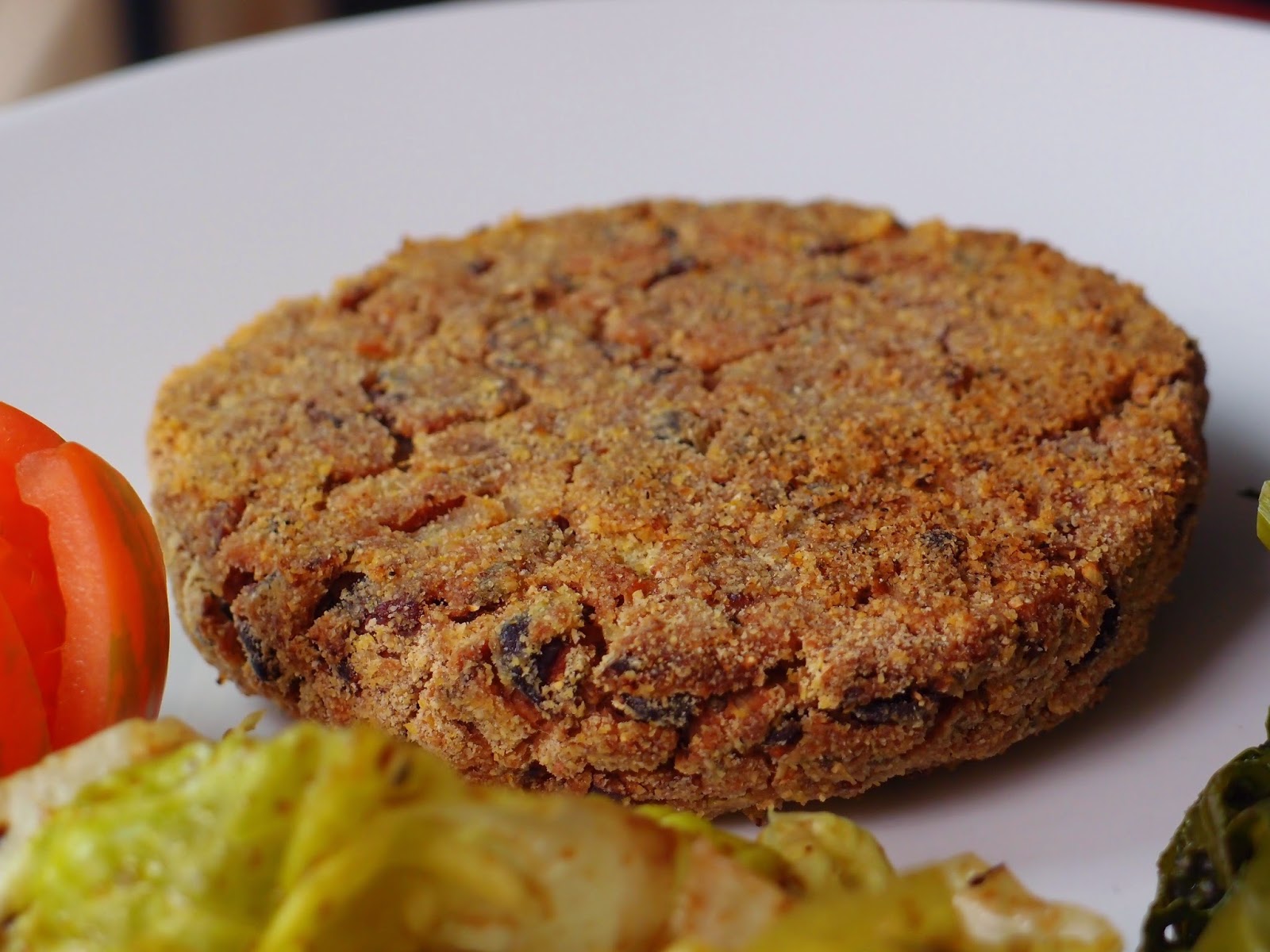 Enjoy as a Schnitzel meal with salad and other sides or inside a burger bun. I served mine with steamed purple sprouting broccoli and salad, a little bit different combination this time.

I'm off to Germany today, but I hope I have the opportunity to post something from there. Certainly there will be a couple of Germany related posts once I'm back. Have a great week!