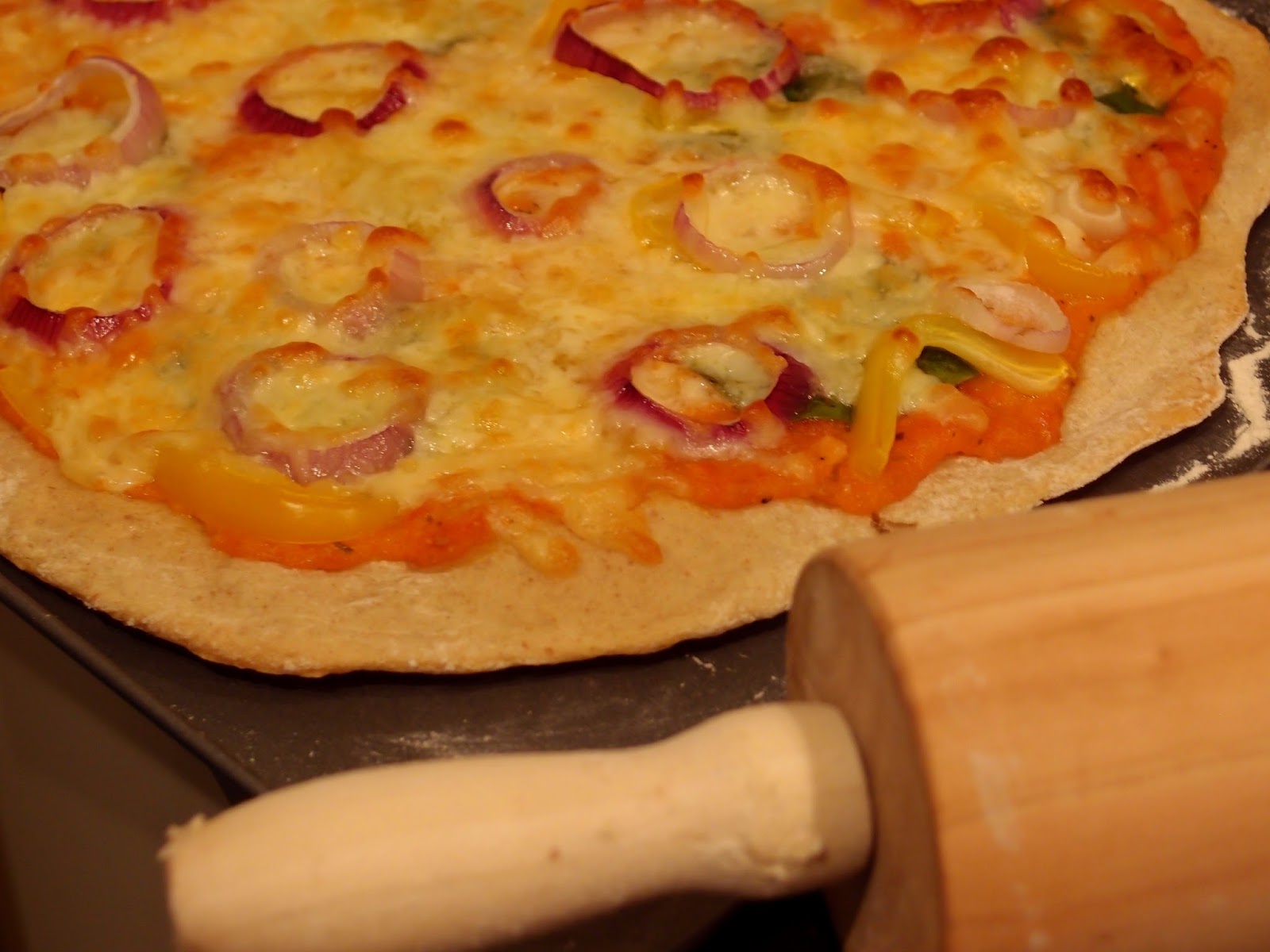 I just noticed that I haven't posted a pizza recipe for a while, and that simply won't do! I have to be more active spreading my thin crust and double cheese pizza propaganda. So here it goes for a spinach and yellow pepper pizza. 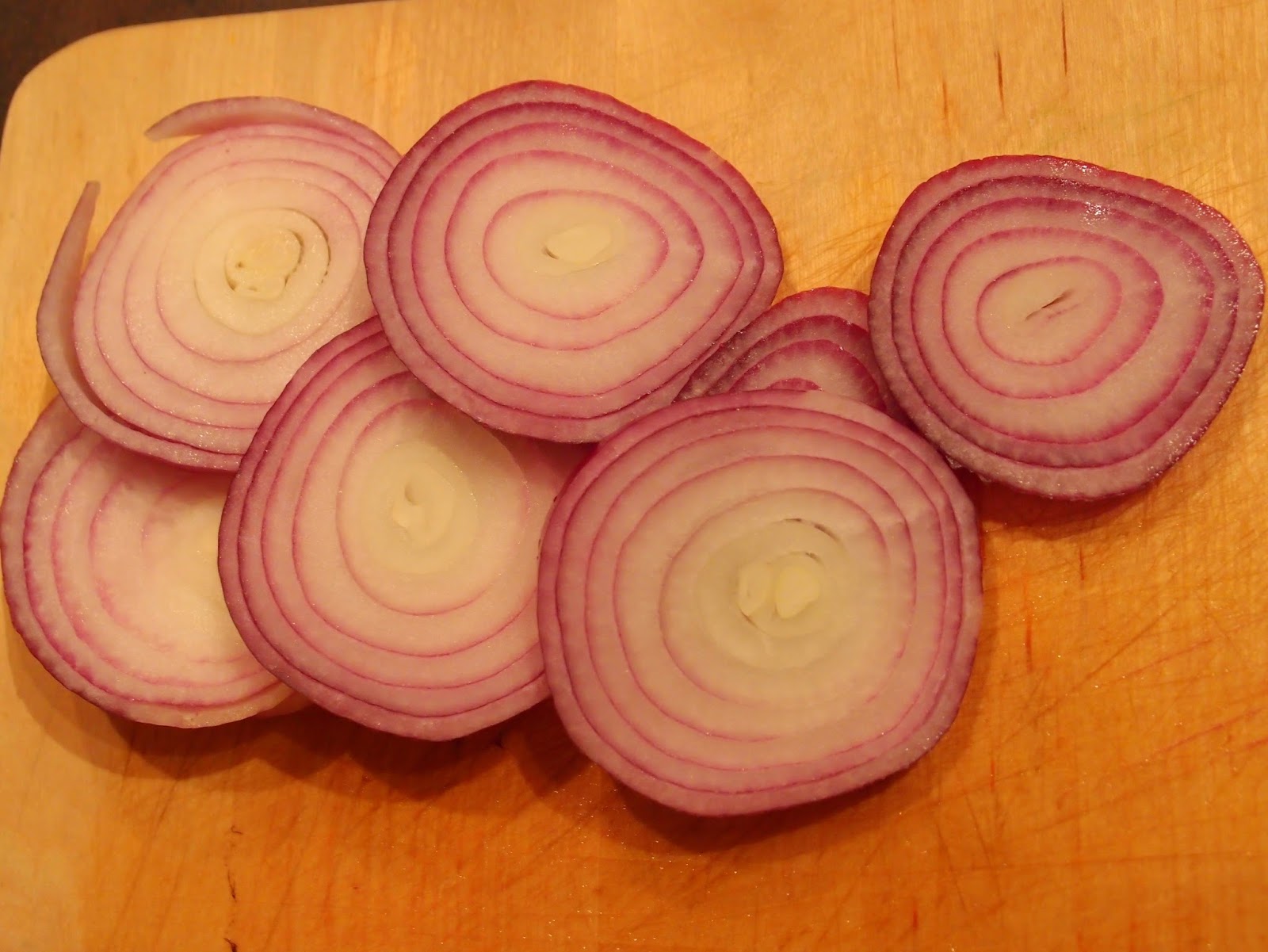 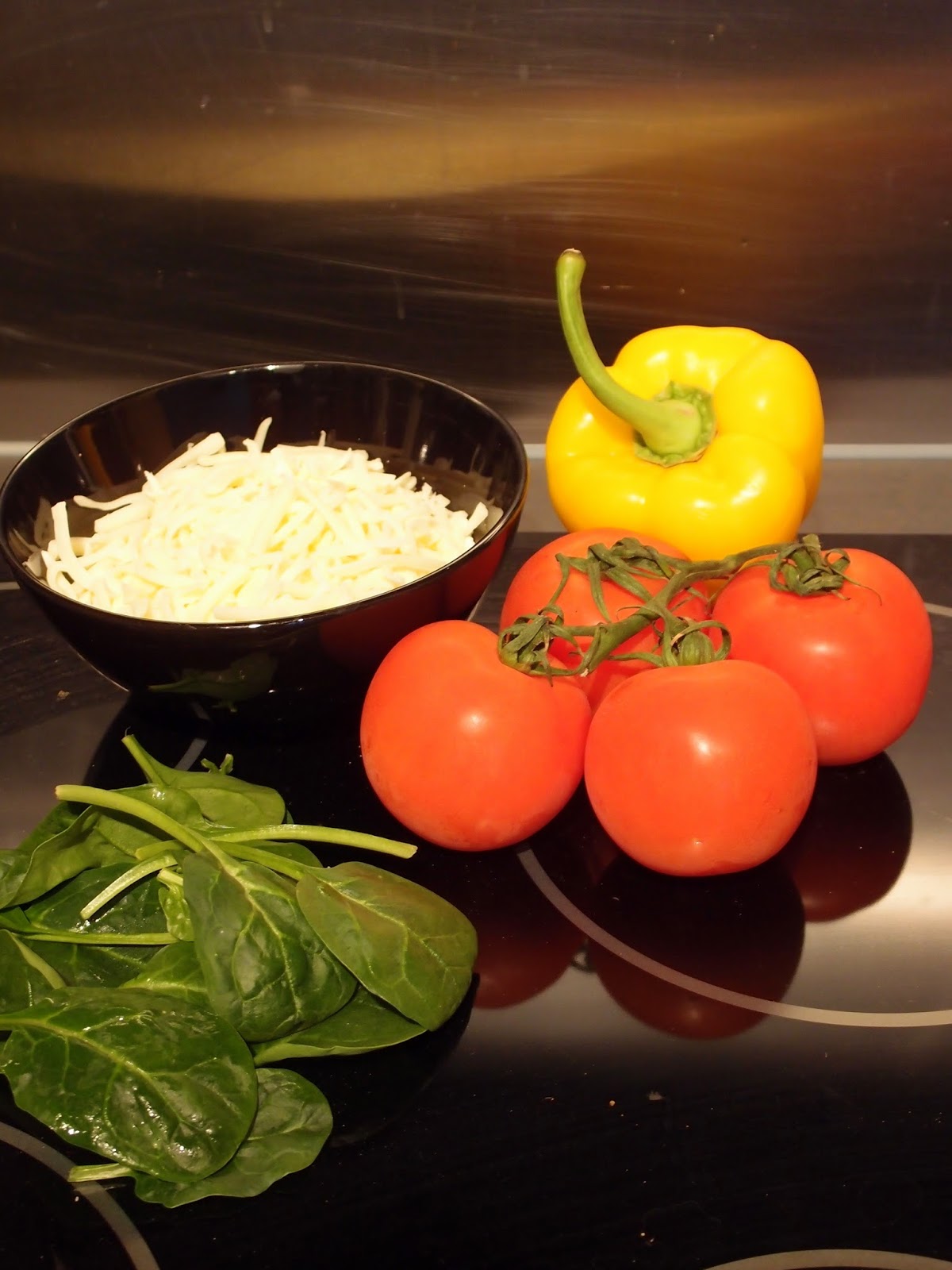 
I'm still not revealing my exact thin crust recipe but what if you took about 150 g of wheat flour and 150 g of rye flour, mixed them with dry yeast and salt, and then would add about 150-200 ml lukewarm water and a dash of olive oil? I think that's pretty close. My main secret is in the rye and wheat mix dough. The rye addition hopefully makes it a bit healthier. Add more flour or water if the texture of the dough isn't correct. Let this dough rise for about one hour in a warm place.

Start the sauce and the amounts I've given should make more than enough for one pizza. If you have too much, save the rest and use it for example as a pasta sauce the next day. Make an x-cut on the tomatoes and dip them into boiling water for about 40 seconds. Then scare them with ice cold water and remove the skins. Chop the tomatoes, onion and garlic and fry them in olive oil until they make a juicy sauce. Season with salt, pepper and basil and puree the sauce. 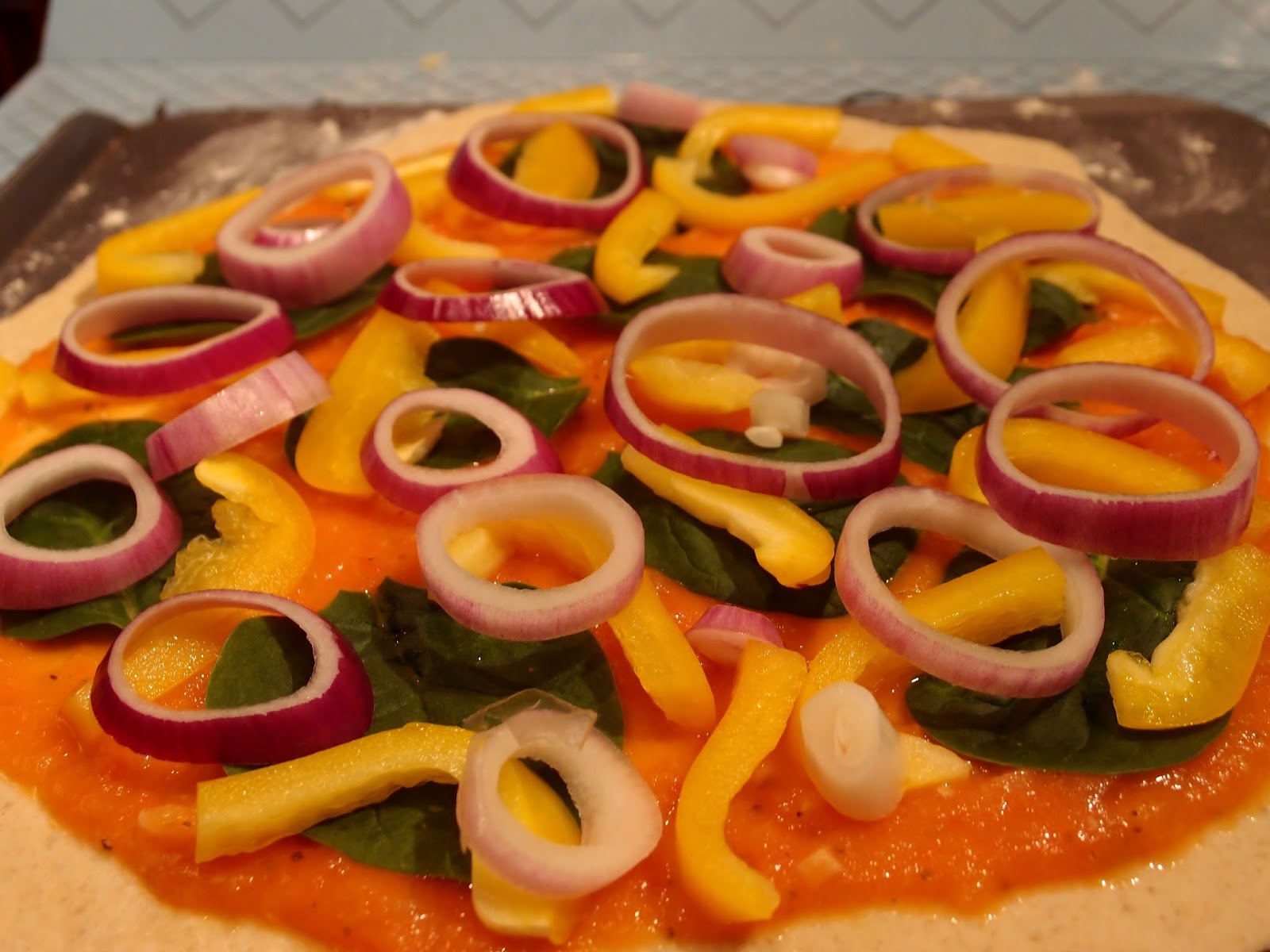 Chop the pepper into lenghty strings and slice the red onion into rings. Also grate the mozzarella and wash the spinach. You can trim off the hard stems of the spinach.

When the pizza dough is done, roll it out thinly and place the tomato sauce, the veg and the cheese on it. Bake at 200C for about 20 minutes until the crust is crispy and the cheese is melted and golden brown. This is how simple it is. 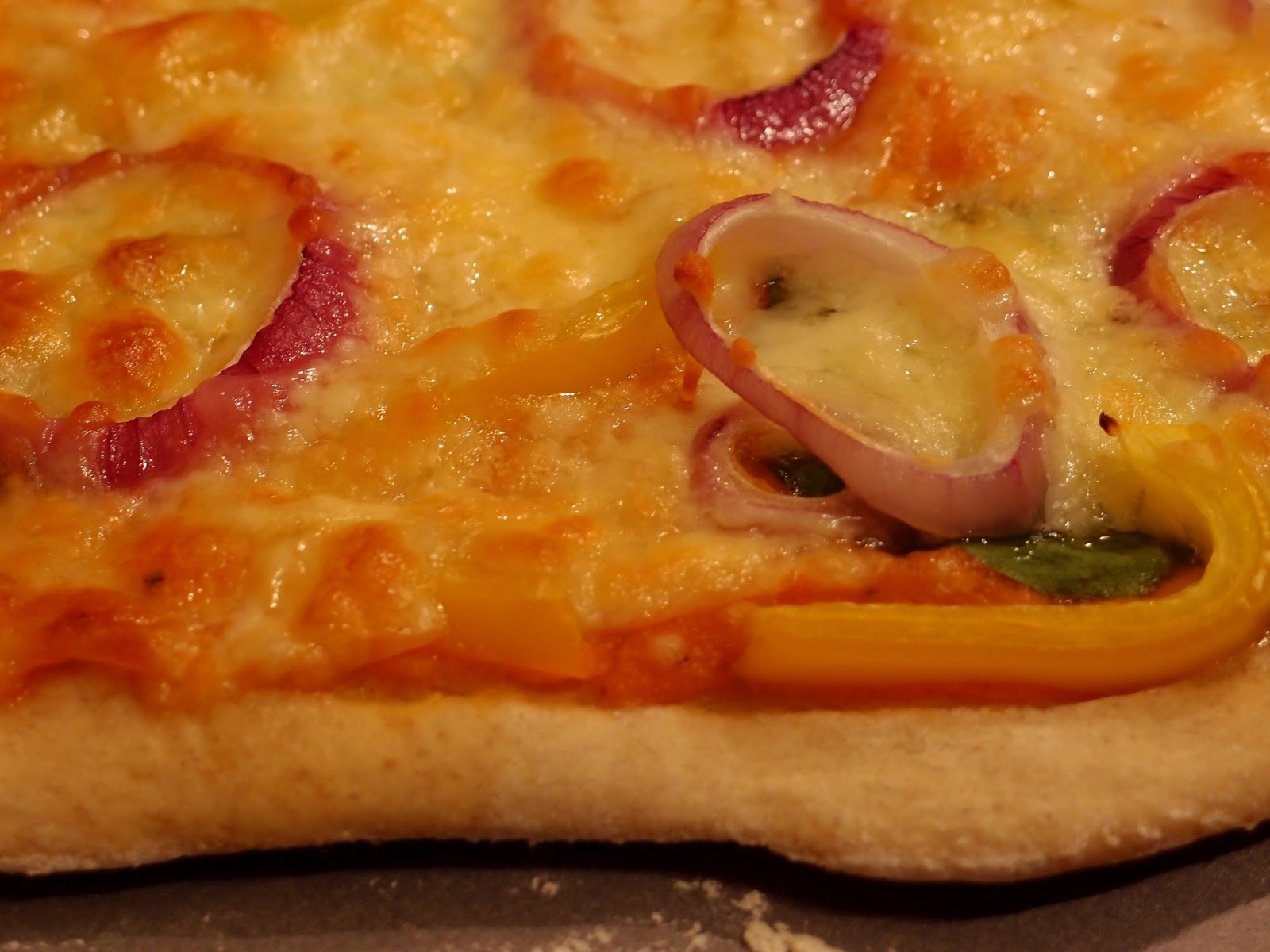 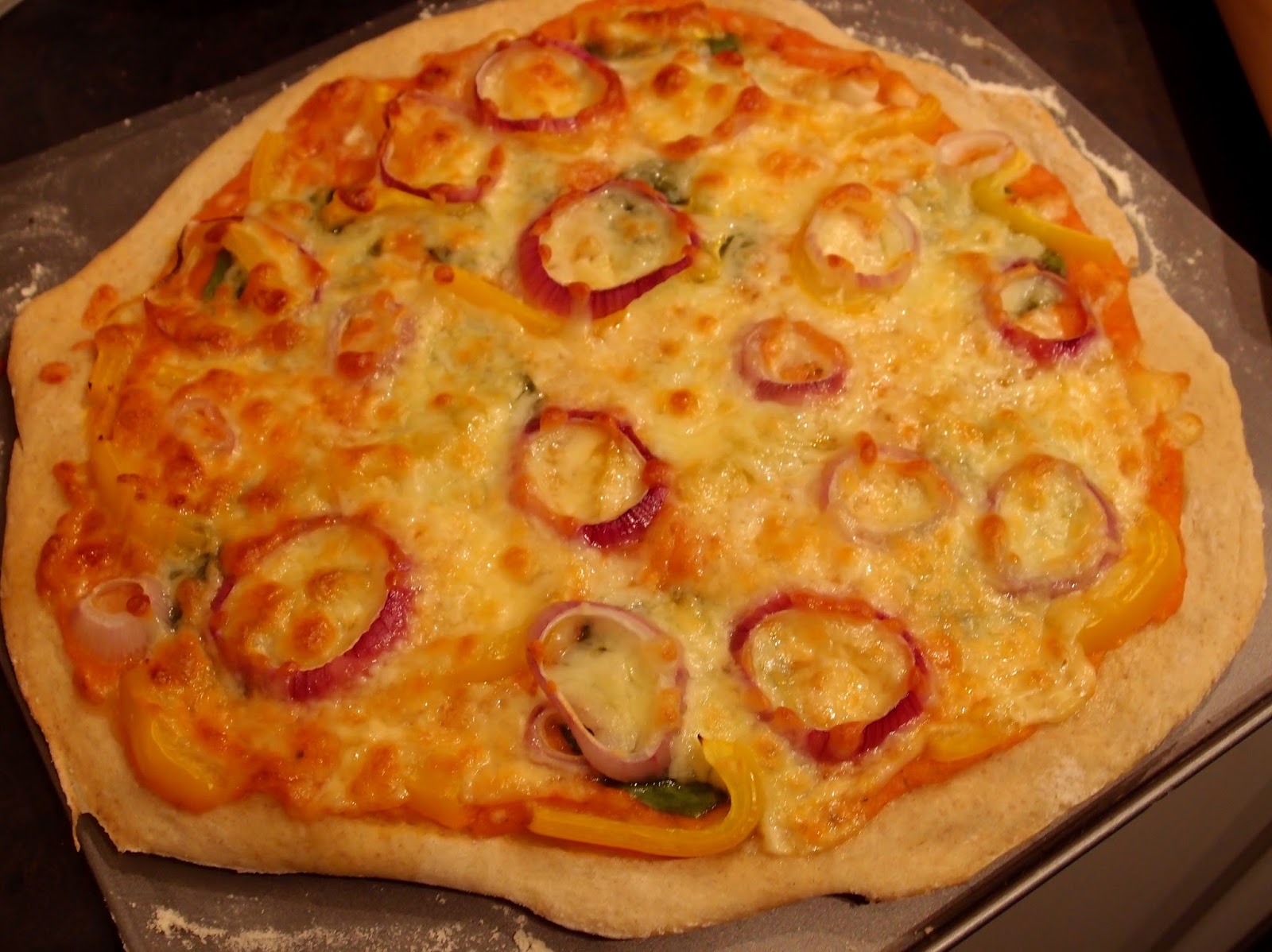