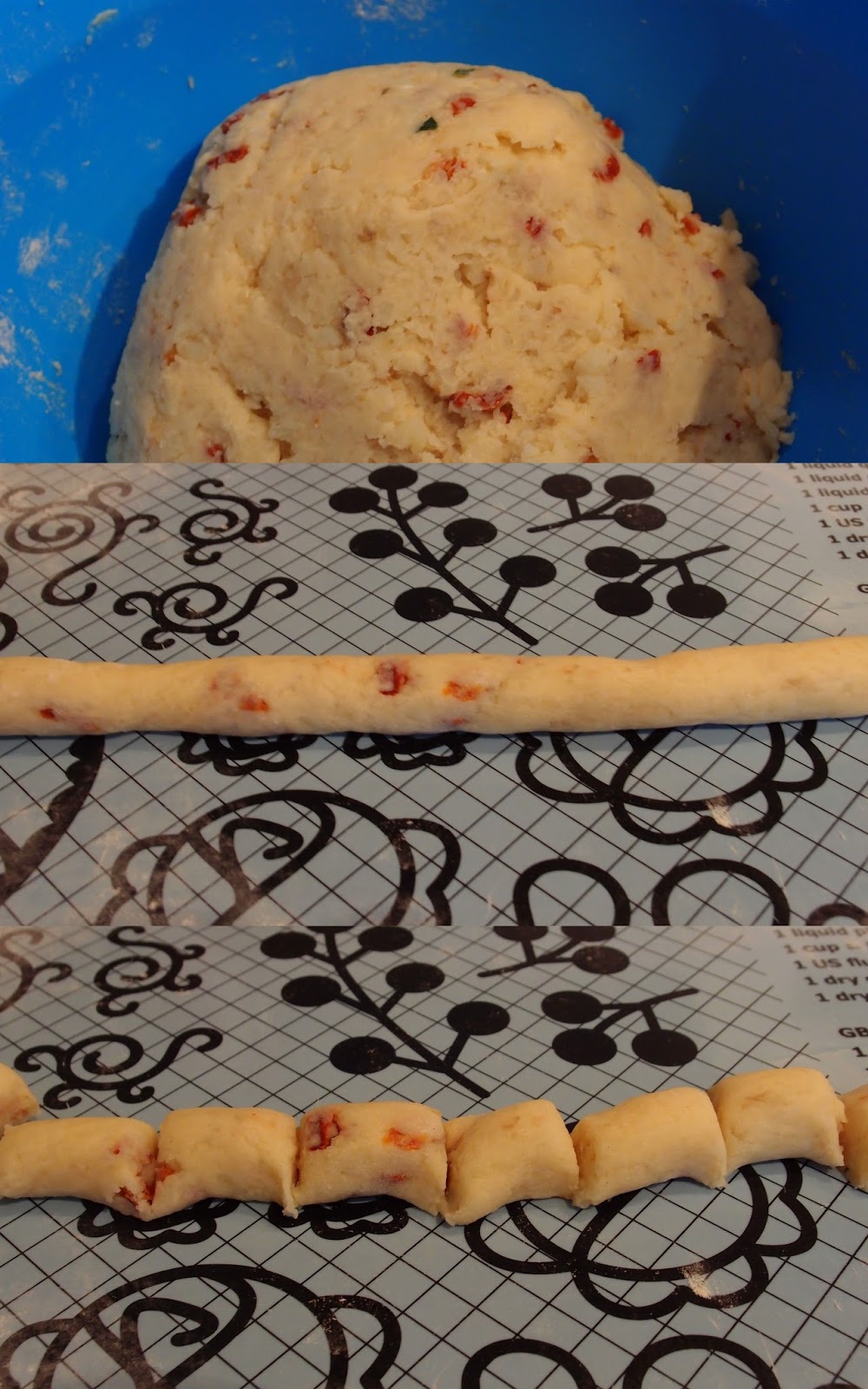 I felt like making a different gnocchi variation as I absolutely love gnocchi and it's so good in several contexts. This time I paired the potato goodness with some sun-dried tomatoes, which gave them some extra flavour, and it was something I haven't made before. You should still be able to obtain new potatoes in the shops, which make delightful gnocchi. 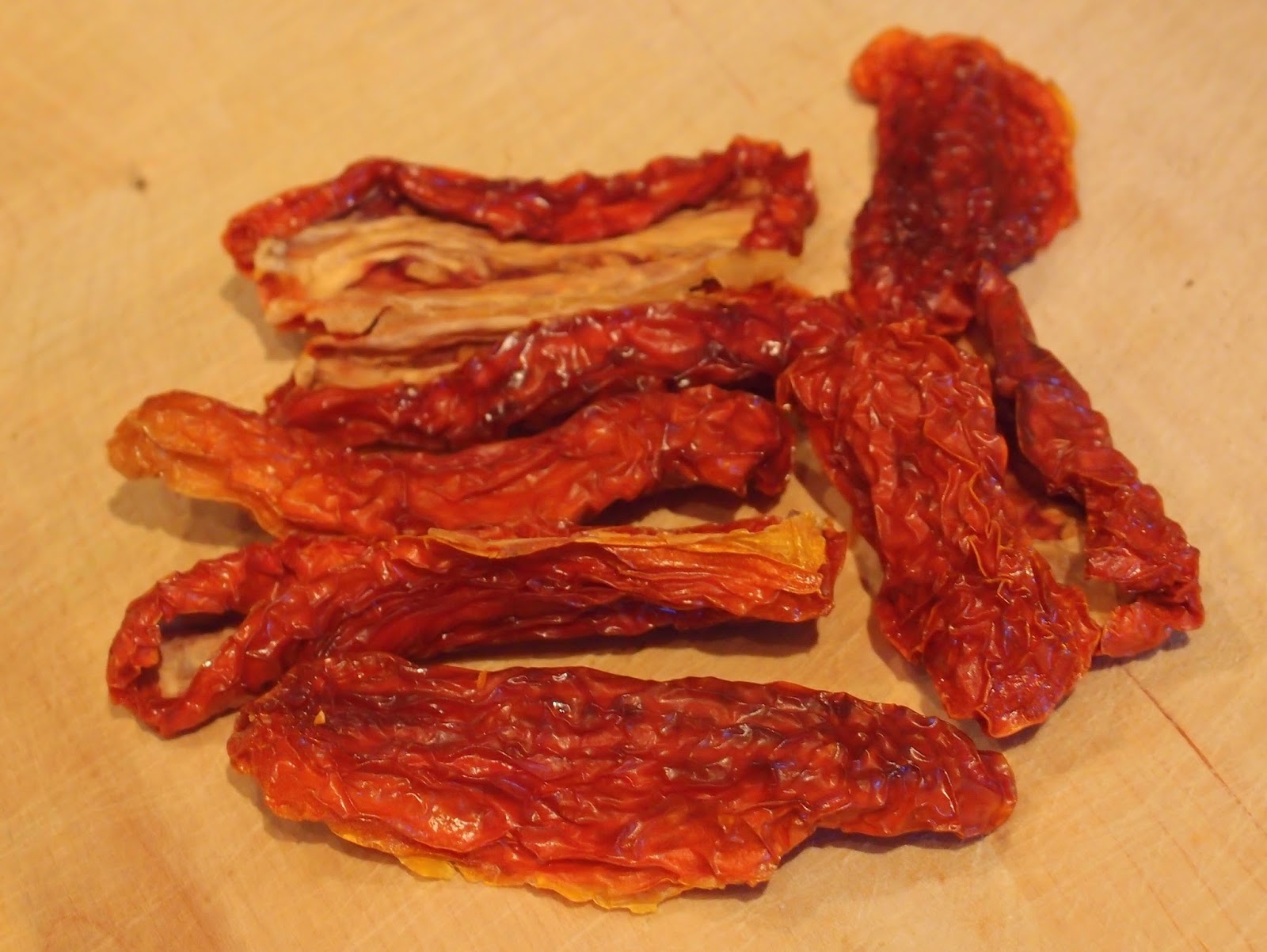 Chop the sun-dried tomatoes very small and soak them in a small amount (about 1dl) of cold vegetable stock for about 30 minutes. Then remove all the fluid off them carefully.

Peel and boil the potatoes until soft. When the potatoes are soft press them through a potato ricer and mix with the flour. Knead until you have a firm mix and then add the sun-dried tomatoes and some salt. You might not need all the flour or you might need more depending on the texture of the dough. You also need some flour for dusting of your work surface. 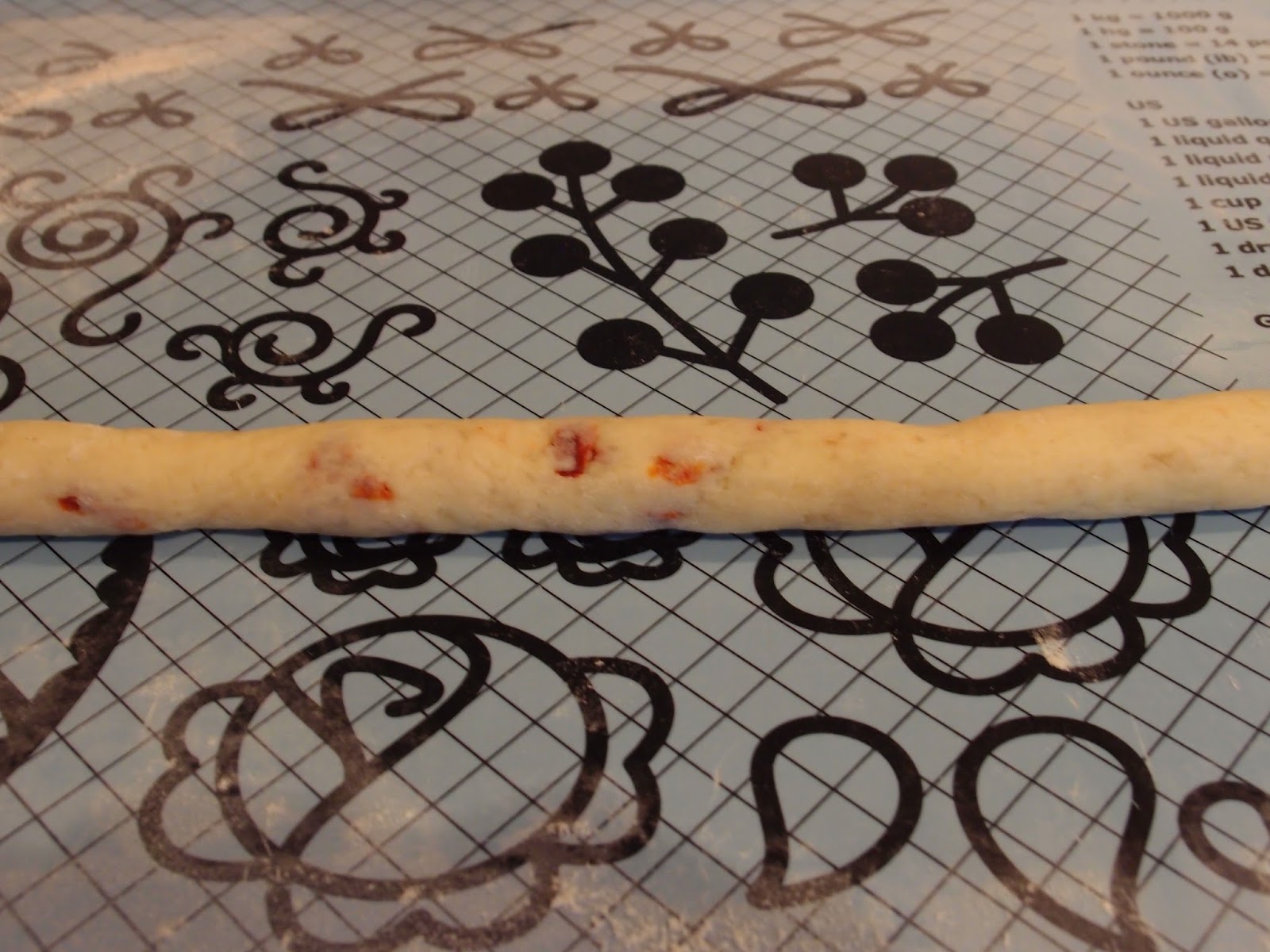 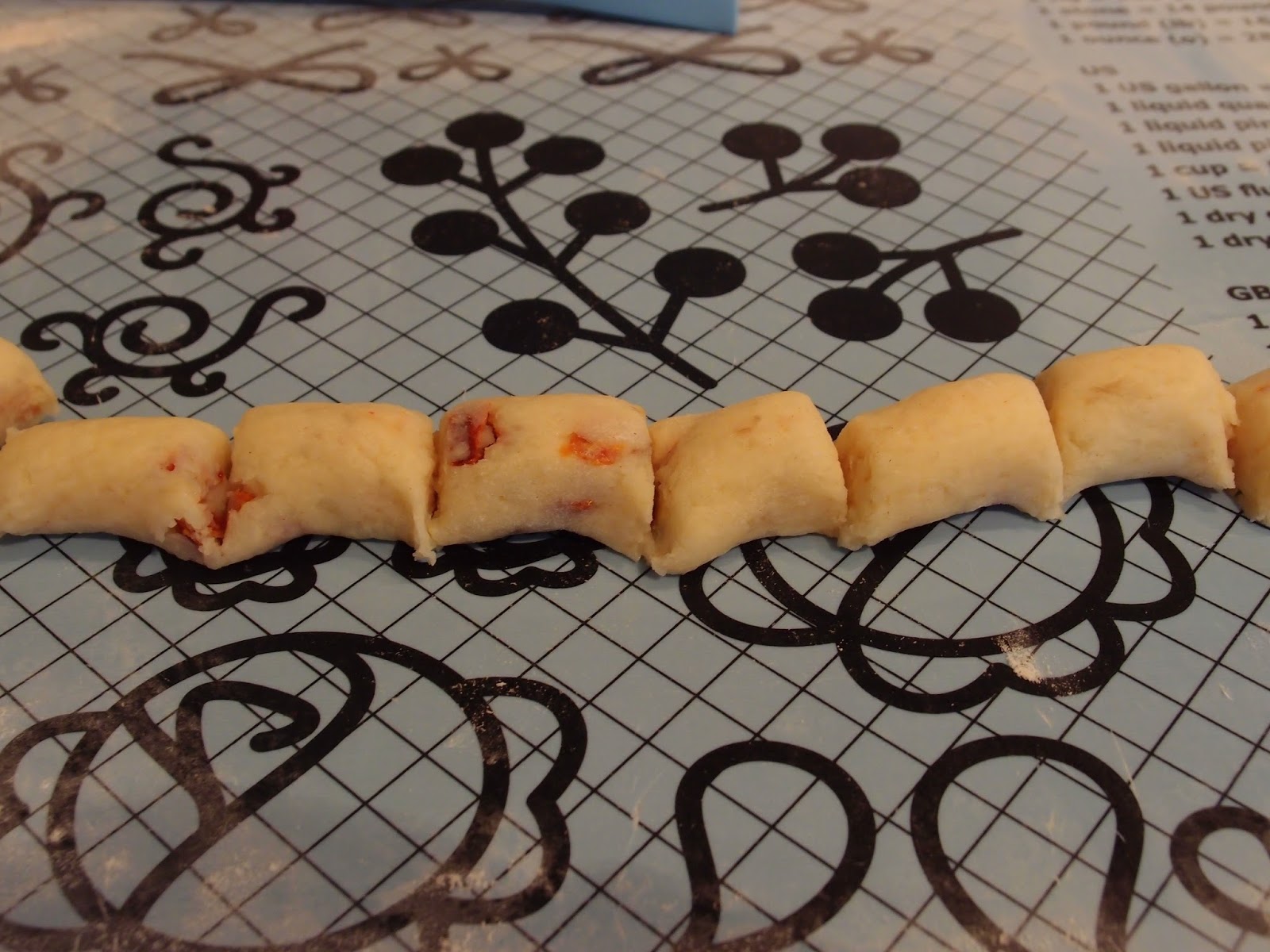 Roll long rods of the dough and cut it into gnocchi sized bits. Boil the gnocchi in salt water until they float on the surface. Serve with a nice sauce or a crisp salad and enjoy! 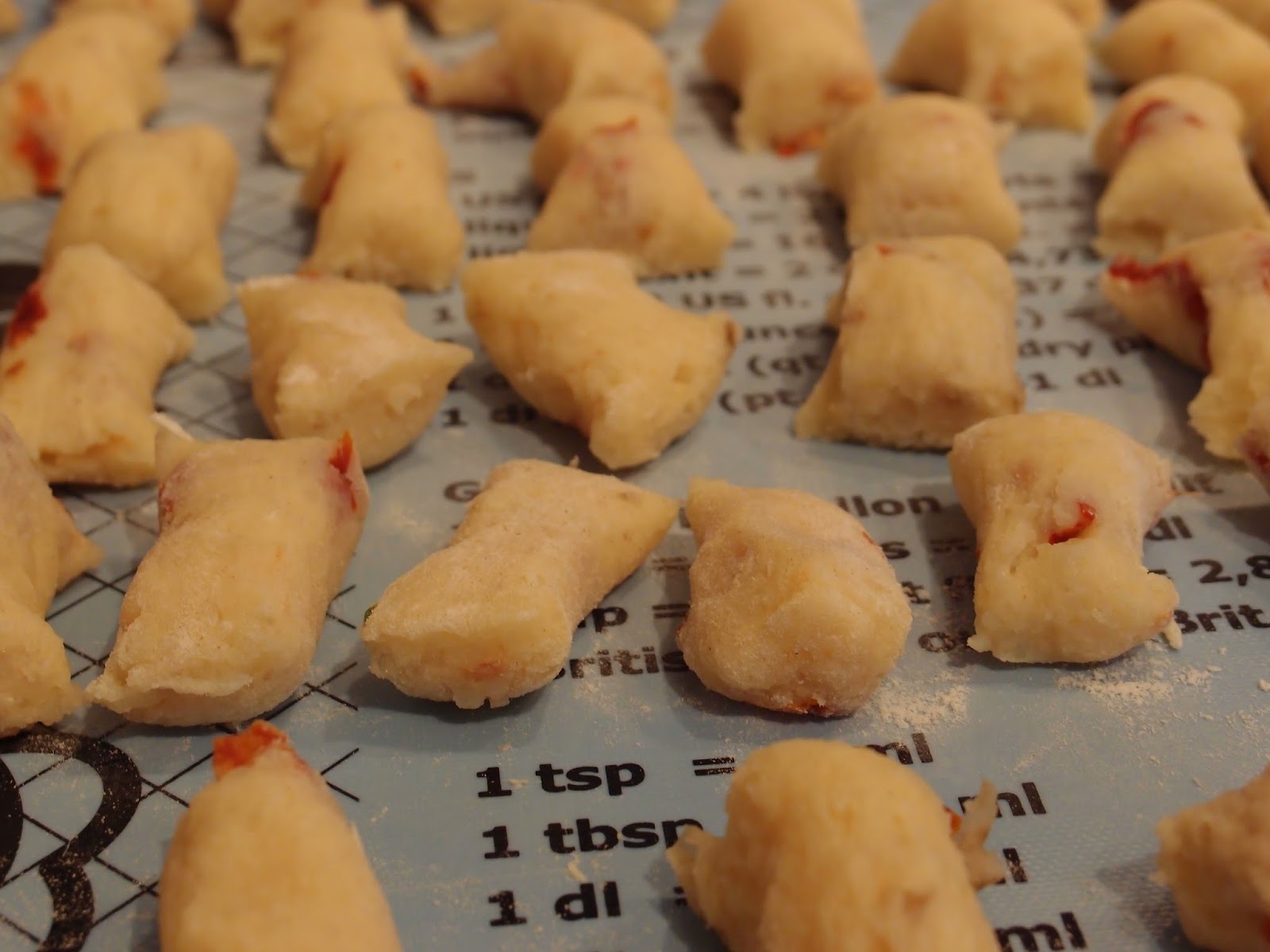 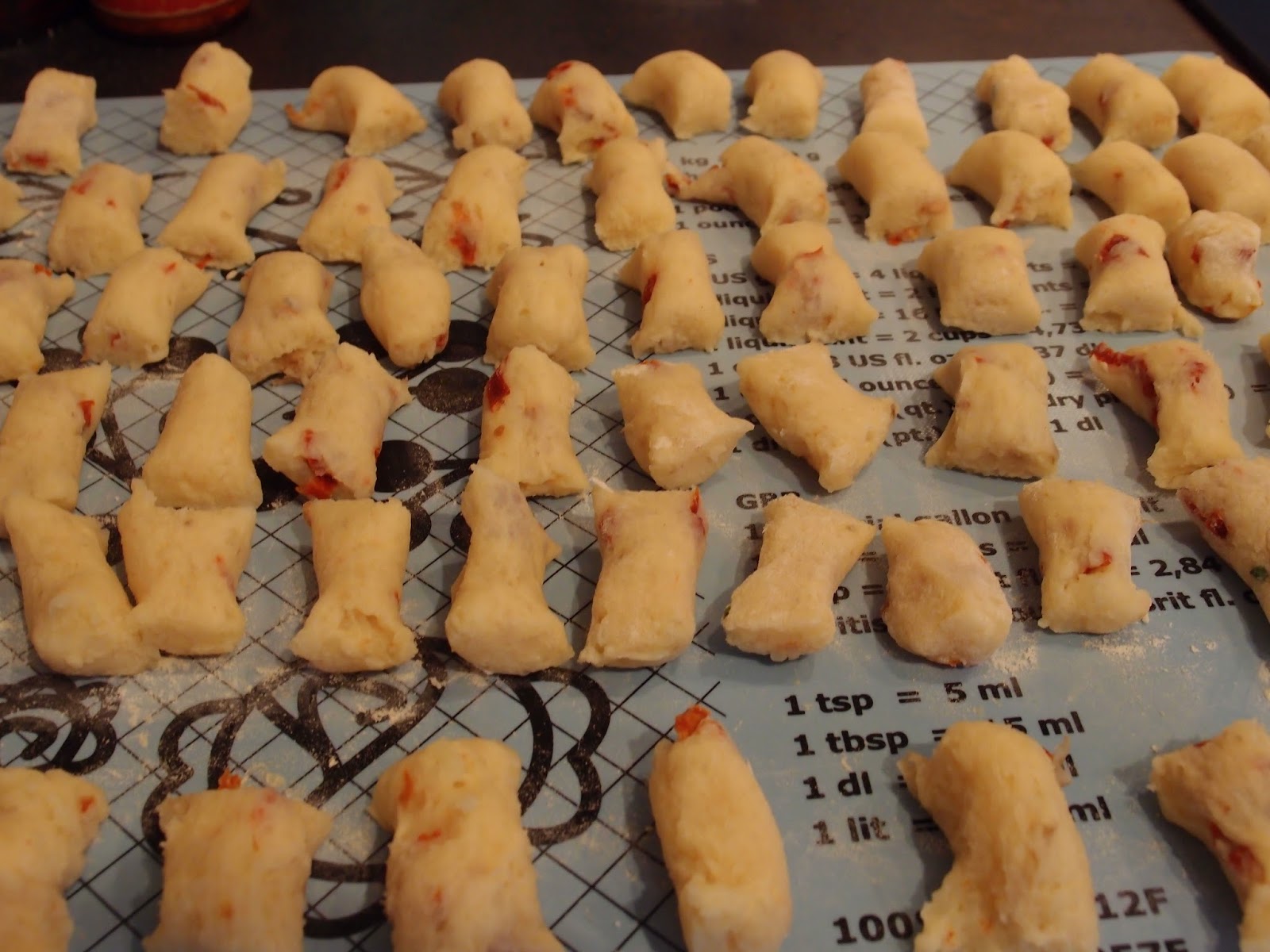 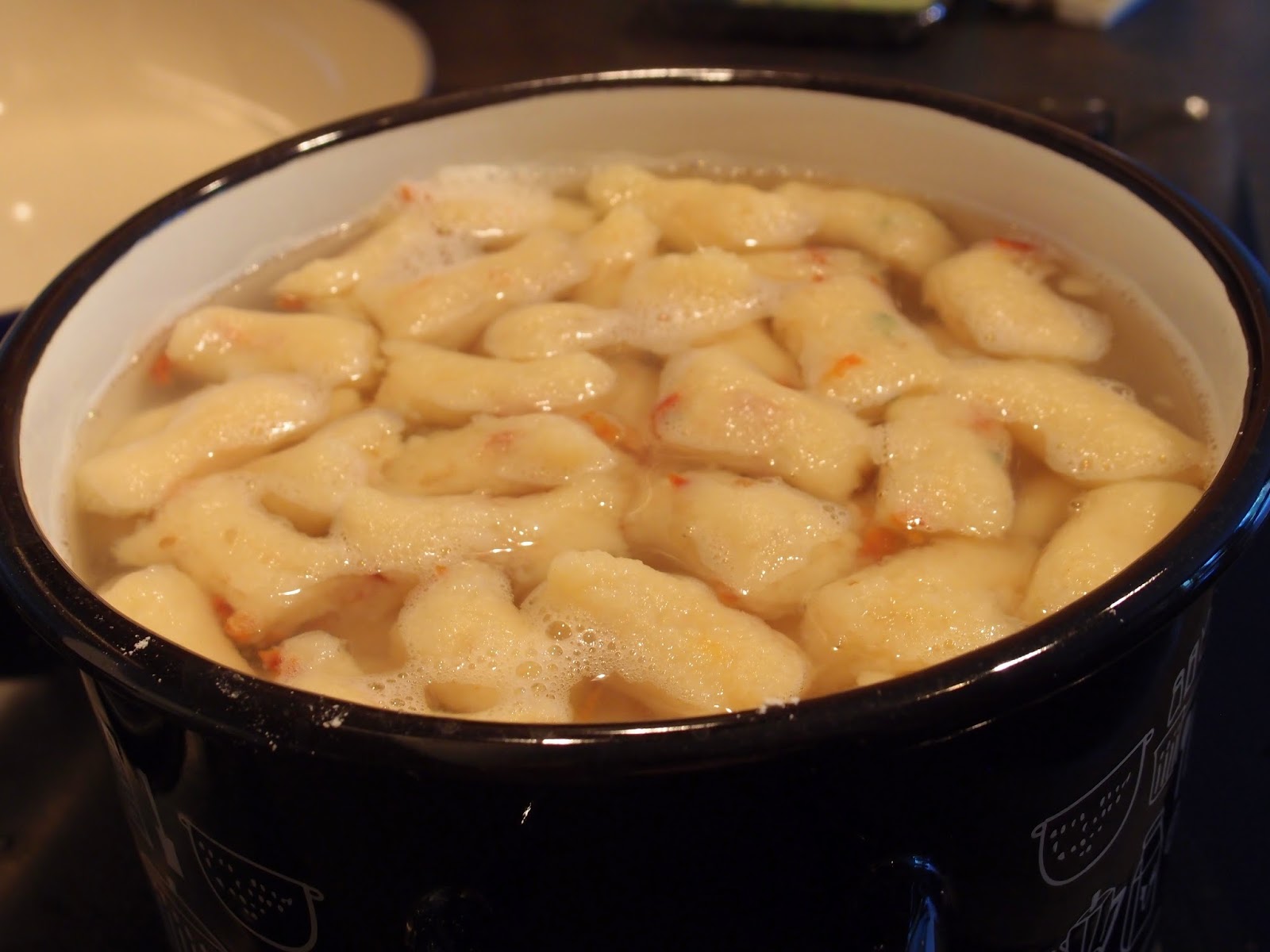