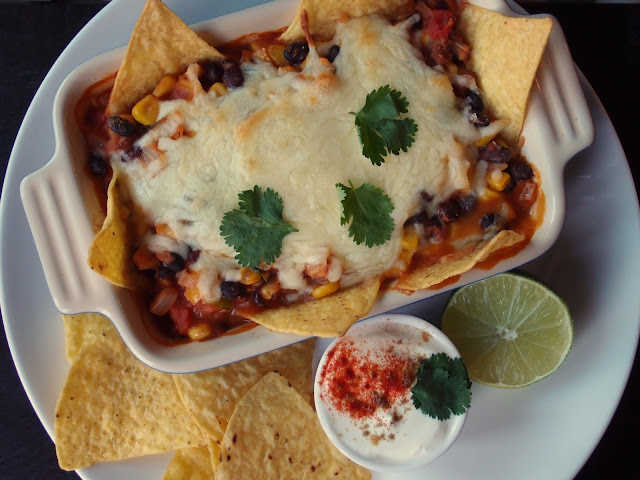 Oh bliss, it's a long weekend and the weather seems to be fairly okay so far. I'm happy and have nice plans for the weekend, which will probably be revealed here later. But first I want to share a recent recipe of mine with you, which is another way to eat a vegetarian chilli and nachos. I baked the chilli with cheese and some nachos and served it with even more tortilla chips. This was a very nice dish, especially for a film night or Nordic noir night in my case. 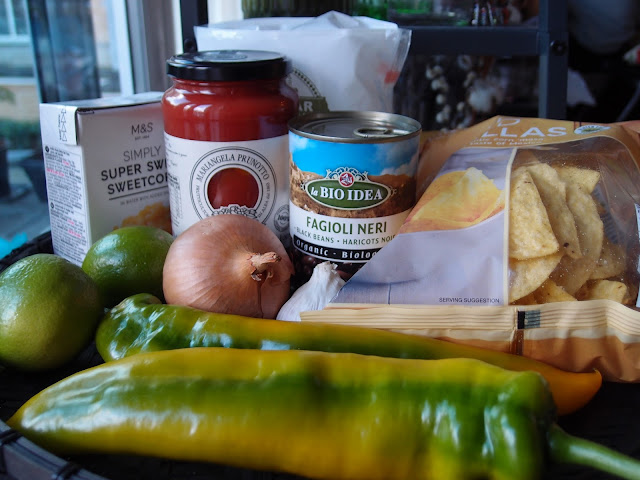 Fry the chopped onion, garlic and romano pepper in olive oil for a while. Add the black beans and sweetcorn. Season and add the tomatoes and let simmer.

Prepare the soy mince separately as per instructions and add it to the mix as well. Season with fresh coriander leaves and lime juice.

Place the chilli in an oven dish or several smaller ramekins. Put some tortilla chips around the edges and cover with grated cheese.

Bake at 200 C for about 15 minutes until the cheese has melted and the bake looks nice.

Serve with sour cream and tortilla chips on the side and enjoy! 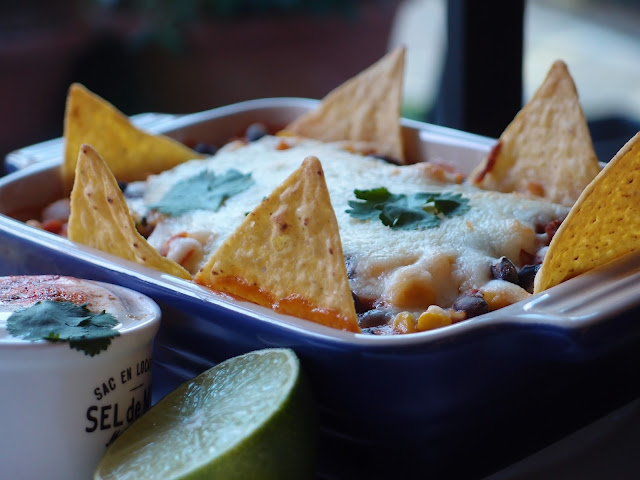 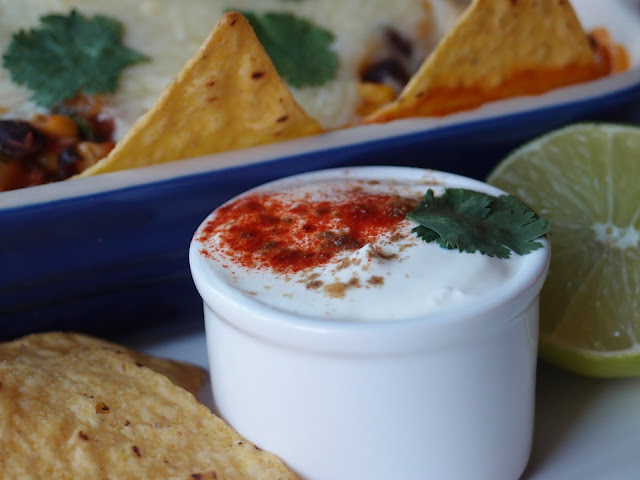 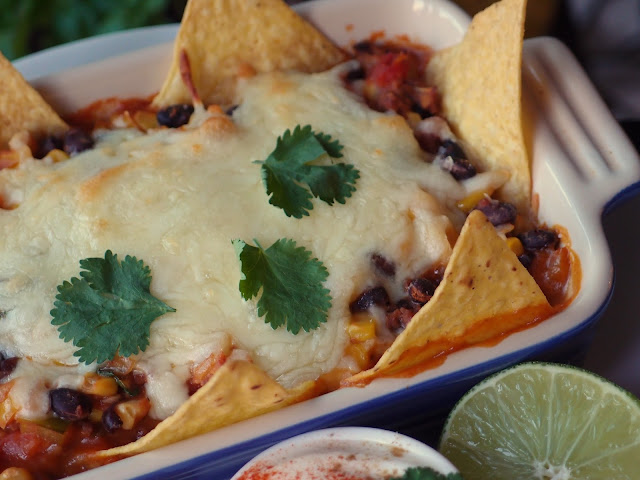