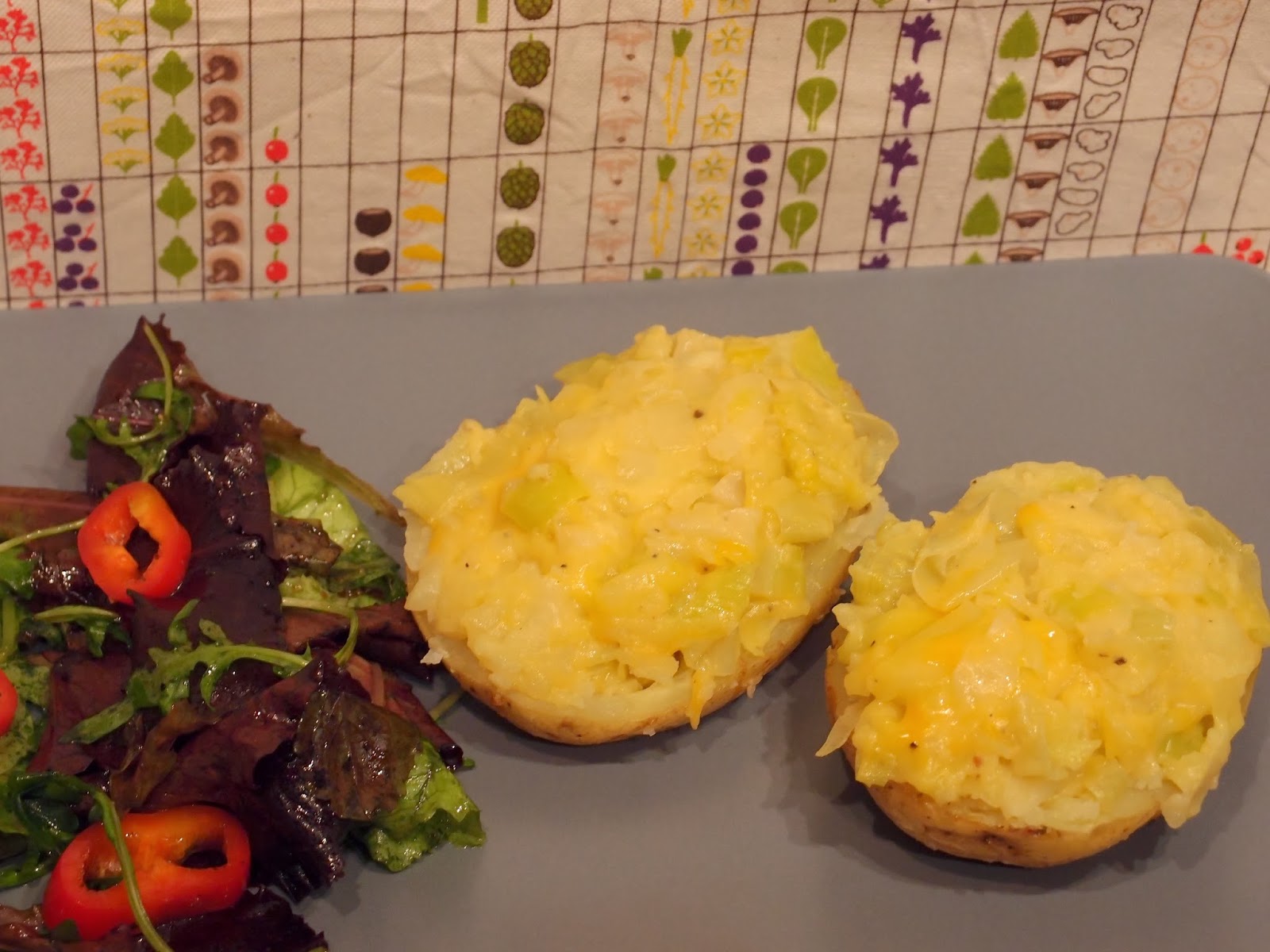 Before starting with the whole Christmas recipes, there is still time to post a good basic weekday meal. Potato skins filled with vegetarian goodness are a wonderful winter dish. Alone thinking of them makes me feel warm and cosy. This recipe makes a few quite hearty and simple potato skins, which I'm sure you would enjoy. 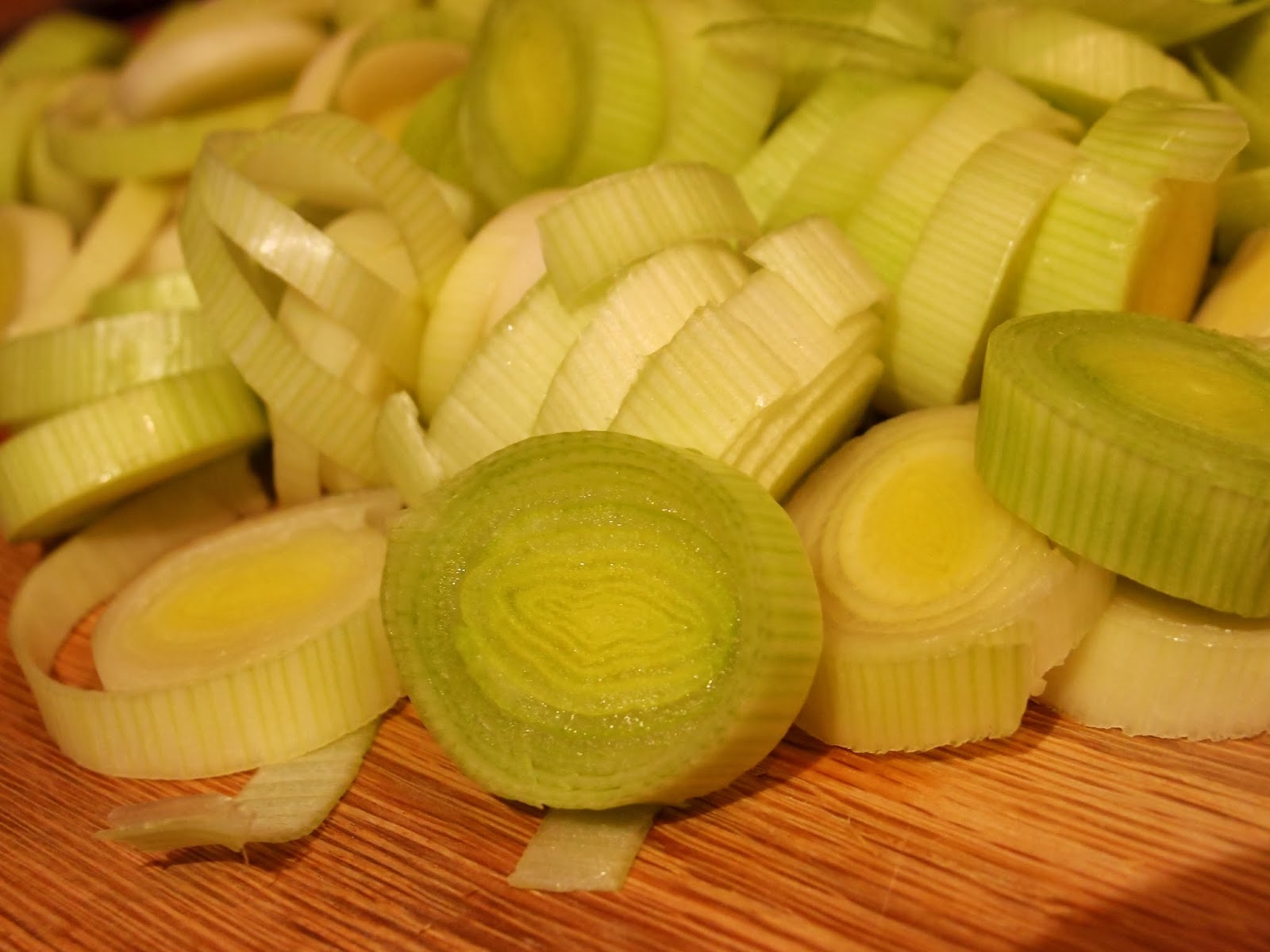 Heat the oven to 180C. Wash the potatoes and stab them with a fork several times. Roll the potatoes in a mix of olive oil and sea salt and place them on a baking tray. Remove any excess oil from the baking tray and add more salt on the potatoes, if you feel like not enough stuck to them. The salty potato skins give a very nice flavour to this dish.

Bake the potatoes in the oven for about one hour until they are baked soft throughout and have golden brown crusts. To achieve more even browning, turn the potatoes midway through the baking. The baking time depends on the size of your potatoes, and it pays off to be patient with this dish.

In the meanwhile chop the leeks into small rings and grate the cheeses. Heat some butter in a pan and sweat the leeks in there. When they have cooked for about 10 minutes, add a dash of dry cider to the pan and let it evaporate. Season the leeks with ground black pepper and little salt as well. Don't add any salt if you think that they will be salty enough through the sea salt on the skins.

When the potatoes are done, take them out of the oven and cut them in half. Scoop the insides out and mix the insides with the leeks and grated cheese in a warm pan. The scooping process can be slightly tedious in the sense that the thin skins can easily rip when you are trying to remove the insides. Stuff the mixed filling into the potato skins. If this process of scooping and stuffing takes a while longer so that the food gets a little cold, pop the potatoes back into the oven for a while to be re-heated. 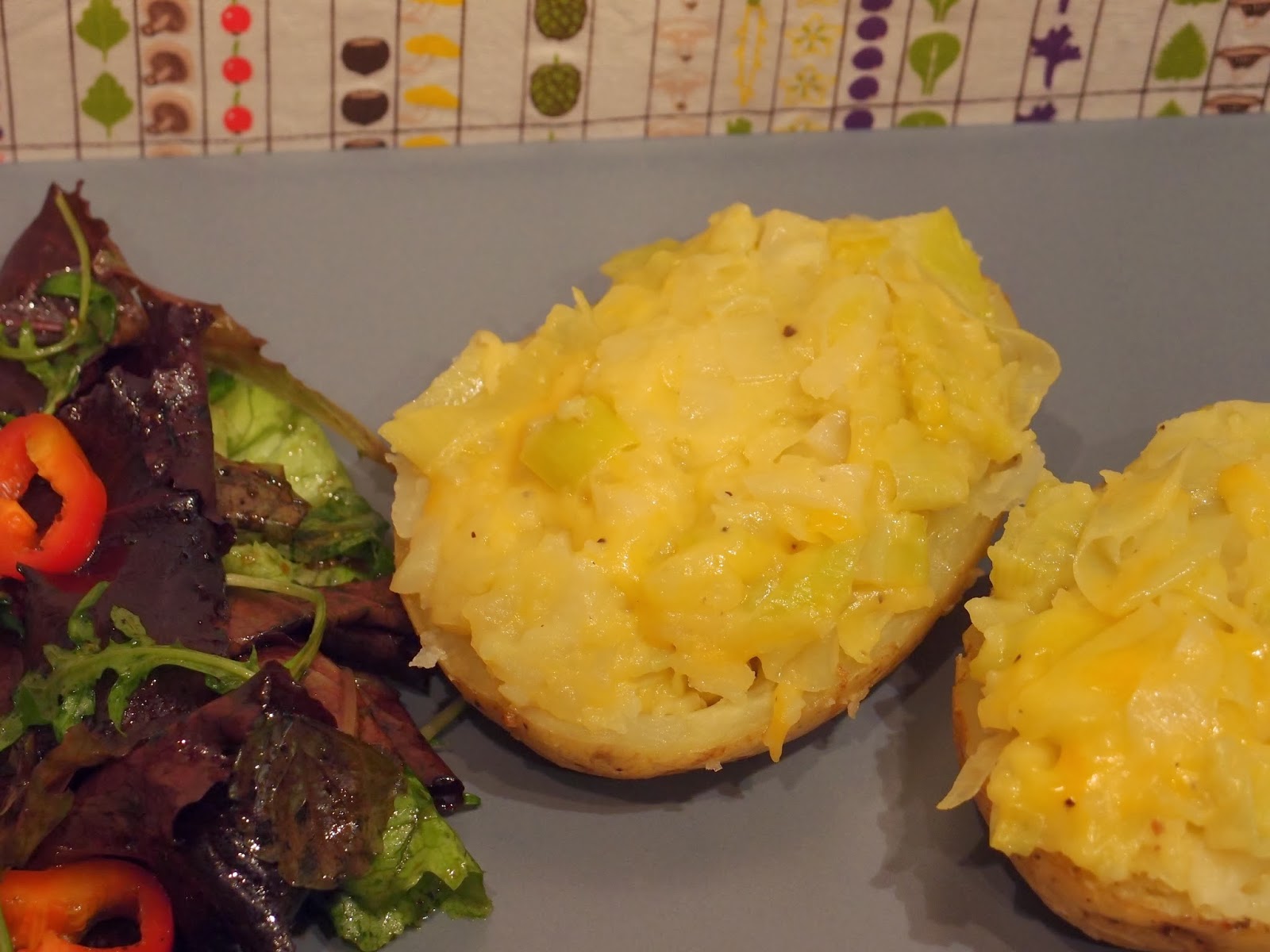 Serve with a fresh salad and enjoy!